He Does It On Purpose

In the morning, Theo needs half a capsule of his "de-stress" meds, and both morning and evening, he needs a capsule of the glucosamine blend which treats his peeing problems.  They are capsules, and the vet said that it was easy and cats loved it, so all I needed to do was sprinkle the powder on his food. 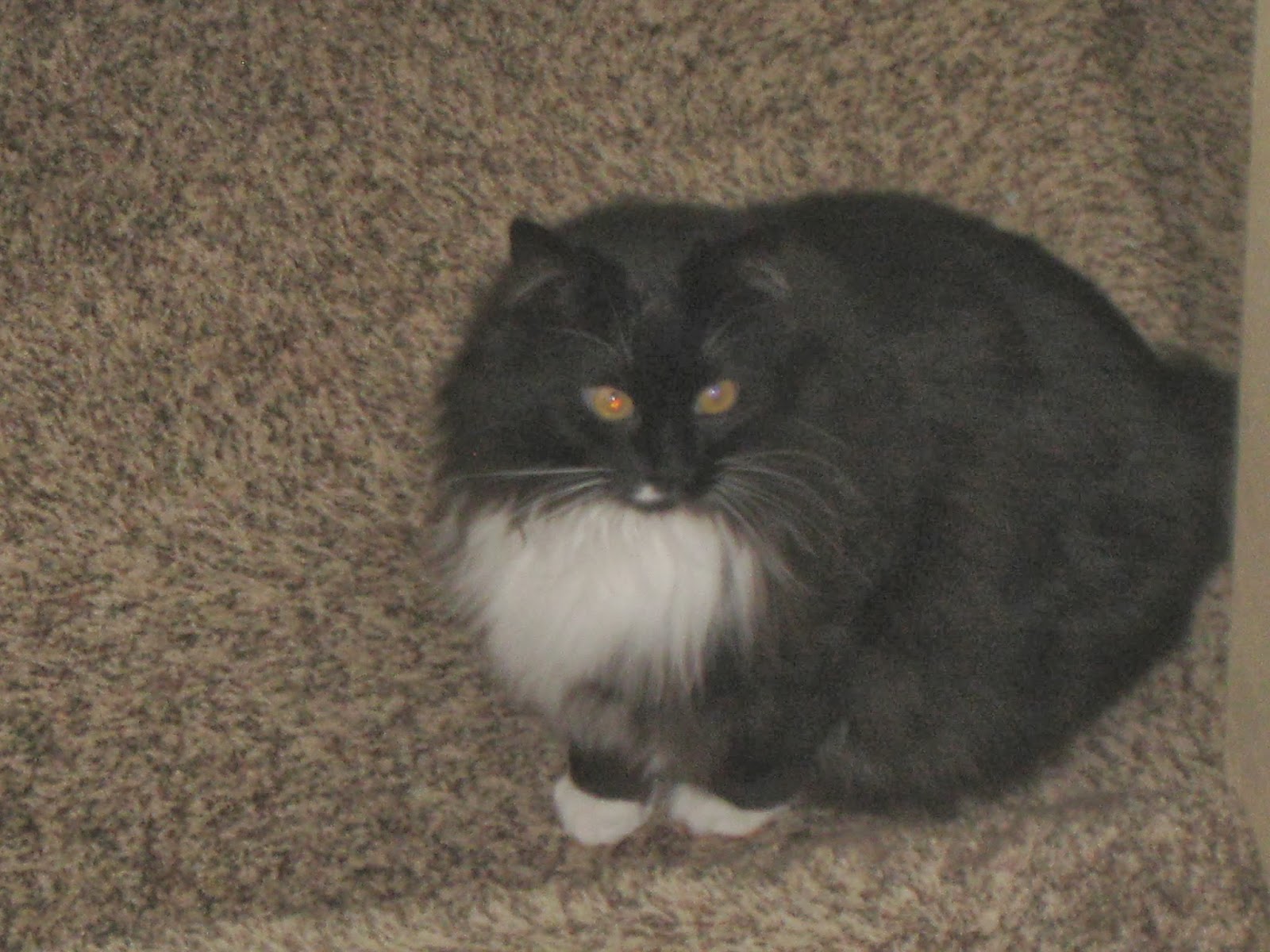 I want to send Theo home with him for a weekend.  Because I am trying to give Theo wet food, he prefers dry.  He prefers his food in the new blue bowls because the disposable cat food containers I was using last fall are now no longer acceptable.  Leftover cans from the fridge must be left out to warm up slightly.  If I put the bowl too close to him, I'm too eager and obviously trying to poison him.  Seafood works best, except the expensive tilapia cat food, which neither cat will eat.  Beef is fine, but no chicken, though turkey is acceptable sometimes.  And it can't be pate--it has to be shreds or slices in gravy.  And sometimes for no reason, it's only okay if it's poured over his dry food, but then he won't actually EAT either the dry or wet food, but he will lick the gravy up from the plate, or at least sometimes.  If he walks out of the bedroom without even touching his food, I need to set it aside because he won't even consider it for the next two hours.  There has to be water mixed into the gravy--but not too much.  If I take too long mixing in the drugs and the water, then he wants water and won't touch the gravy.  He likes a particular fish in a particular brand which comes in slices and shreds, but one is much better than the other--usually the one I didn't buy.  If there are leftovers, it's best to serve them for dinner rather than breakfast because the odds of him eating it go down by 50% if I serve leftovers, but if I serve the same thing he had for breakfast, the odds are almost 90 to 1 against.  And once in a great while, when he can see my teeth clench and see the twitch start up over my left eye, he'll slurp up the meds with no fuss or hesitation, just to make sure I know that it can happen.  And this is all--mind you--to reduce THEO'S stress issues.  And this is going to happen for the rest of his life.

Next time we go on vacation, I am boarding Theo with the vet who described this as "easy."  It will serve them BOTH right.

And A Positive Resolution

What I can now tell you about the emotional roller-coaster of pain and pain medication is that you can't see it from the inside and no matter how odd or weird or trivial something really is and will seem to you after the fact, it's totally real at the time.

Because of the burns this week, I went back on the pain meds this week, and having been off of them for a while, I had forgotten what they were like.  I have a TERRIBLE time with drugs, and have been known to cry over "Star Trek" on them--and not over William Shatner's acting.  This time, I got upset over something on a Ravelry board that was not a big deal at all, but at the time seemed HUGE.  I can only imagine that the other mods must have felt that they had ended up in the Twilight Zone.

Interestingly enough--and this is actually the point of this whole story--is that the person who responded with "chill" and "back off" was the one who could actually see what was happening and was trying to help me see it.  And had actually emailed someone else because she was worried about what was happening with me.

So, I'm telling you all this because

1.  I have never had any experience with anything like this, and had no idea any of this sort of stuff could happen.  I don't think it helps at the time, but maybe knowing will help me recognize it in other people, or if anyone else goes through it, there really is a moment when you find yourself looking around and saying "What just happened?"  Maybe sharing this will help someone else.

2.  The group I'm in on Ravelry is even cooler than most people think, and believe me, I have tested them this week.  And they've been there

3.  A reminder to myself to give anyone around me fair warning if I ever have to venture back into the land of regular medication of any sort.  I can't do anything about the roller-coasters, but maybe with fair warning they'll know to hang in there until I'm myself again.

And Things Are Better Today

Or would be if it weren't 3:00 AM with me wide awake.  Between the valium and now almost 7 weeks of Nyquil, I may never sleep like a normal person again.

I'm feeling much better today, so I suspect I have let things get to me because of weird drug effects again.  I hate that.  There are SOOOOOOOO many things I'm excited about now that my back is finally really healing, but one of the biggies will be to know which emotions are mine and which come in pill or capsule form.  I was depressed yesterday morning, then feeling pretty chipper by afternoon, which is suspicious if one hasn't done something like start a new yarn project.  So, thanks everyone for all your kind thoughts, I am feeling so much better, and am even excited about the Ravellenics again.  Meet my entry for WIPS Dancing: 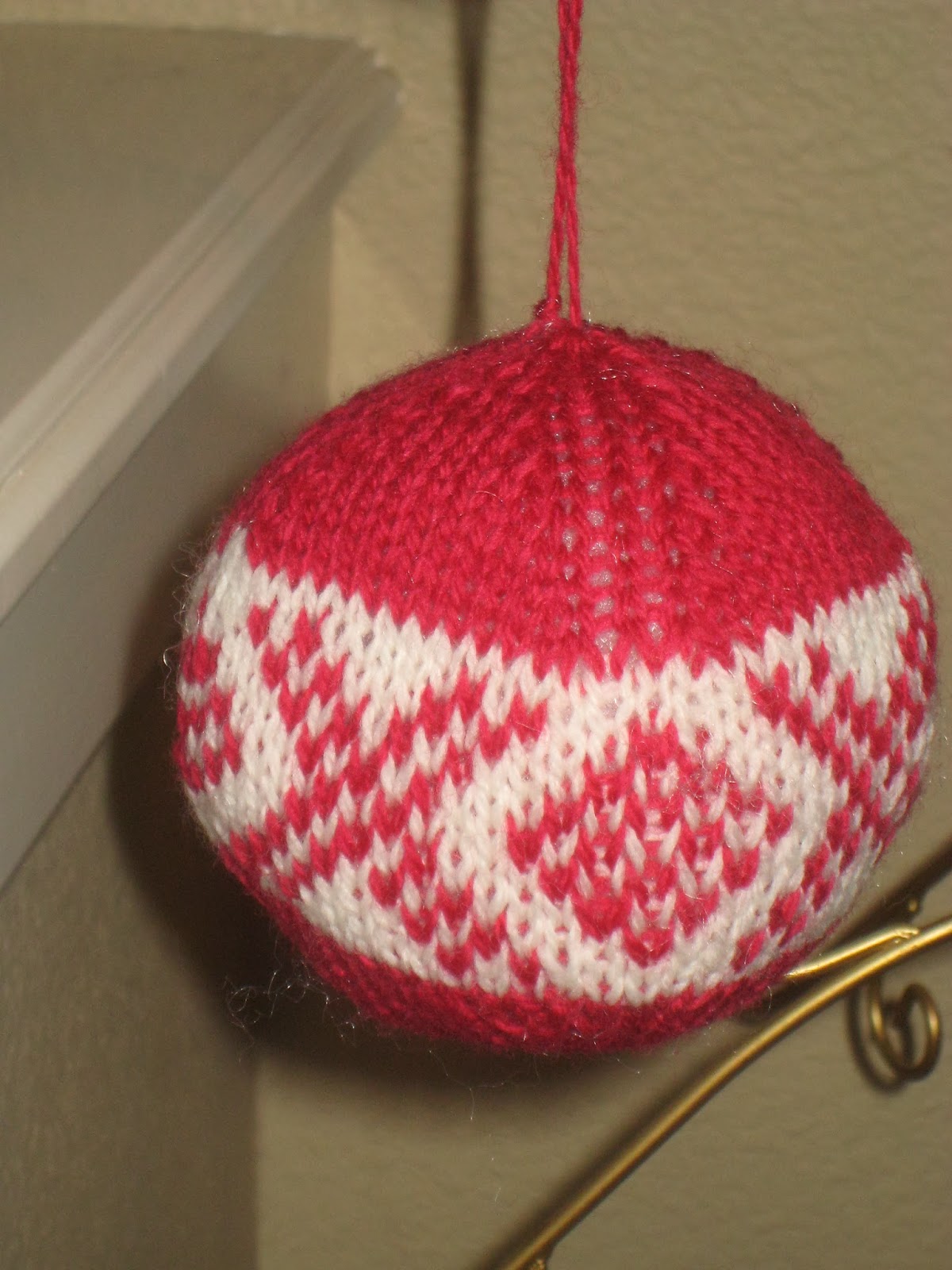