One of the flowers to earn in the spring flower dash is the Cosmo, which is earned by spending one hour cleaning or organizing one's stash.  (You might have guessed that I pick these things according to what I desperately need to do).  My back was feeling pretty good yesterday, so yesterday without getting too crazy and after notifying Andy to come find me if I didn't surface again by evening, I dived in: 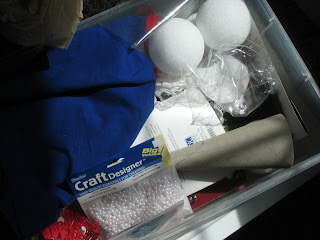 One of the things I've noticed while doing the 365 ornament challenge is that I have several boxes containing the same things.  I like these plastic boxes for specific projects--so the winter mitten ornament garland has a project box, as do some quilts or other projects until they're finished.  But there were several different containers containing Christmas ornament stuff, so after emptying a larger container that had been in our back room, 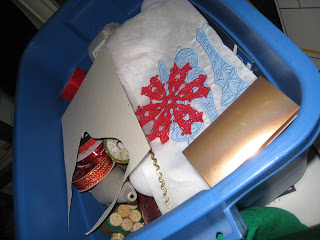 I started combining.  In reality, much of what I am doing right now is specific only to this year, but that's okay.  It's actually sort of helpful, as now I have located the felt stash, 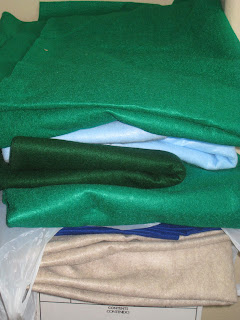 and it is now easily accessible.   Some things are sorted and available in the space in under my sewing tables, 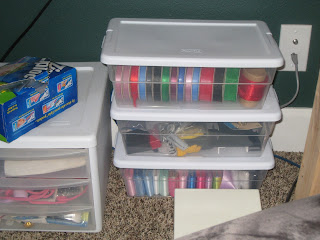 which has the added bonus of keeping my sewing foot pedal from sliding too far out of reach.   There was even more available space under Jeeves, 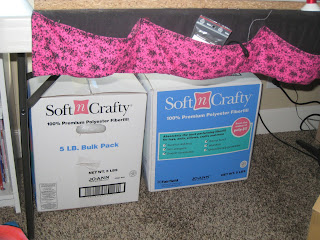 because I don't have to have much leg room at all to embroider.  To be prepared for this year, when I found fiberfill on sale at Joanns, I bought 3 boxes.  I was so used to going through the smaller bags so rapidly, this didn't seem at all a foolish idea for an entire year of ornaments until, 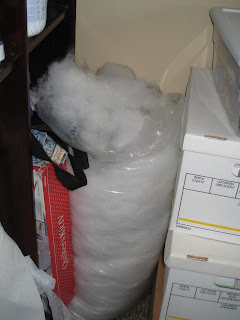 opening one and finding they double in size when not compressed.  I'm not too bothered as I still have several ornaments I haven't stuffed, as well as some snowmen decorations in need of stuffing and several on my list to make, but it is nice to know that 2 additional boxes of stuffing are NOT a permanent part of the sewing room decor.

I have a couple boxes of trims that are loosely sorted into home deco stuff and other, and as you can see, 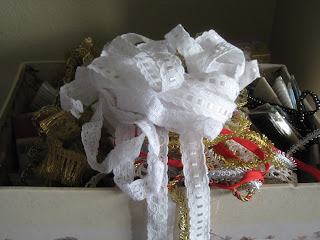 "other" was getting a bit wild.  I've tamed quite a bit of it so far, 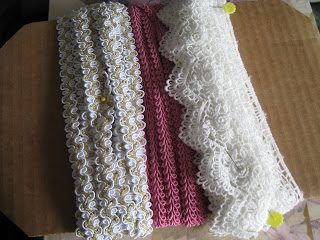 but still have some work to do there.

Andy found me some shelves to fit under the cutting table, which this year will hold my ornament project, 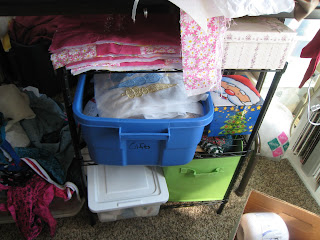 which makes me want to pick a theme for next year's crafting as well as it is easier to sort by themes.  This one is nice as it uses up so many stashes--buttons, trims, specialty threads, fiberfill--though maybe I should pick something for next year that uses up sheer VOLUME of stash.  Things needing fiberfill perhaps....?

The scrap fabric bin has finally come back in from the hallway, 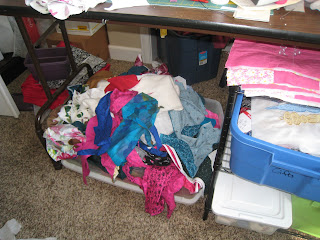 though I have decided to put together some shelves to go underneath it to lift it slightly and give me a bit more space.  But in the interest of not overdoing it just yet, I might leave off for the rest of the day and go back to: 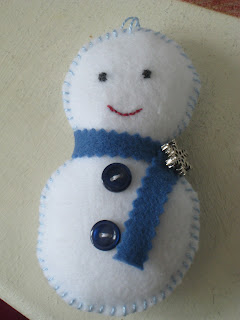 actual ornaments!  As you can see, Frosty the Bowling-Pin got a new scarf and a cool snowflake button.  I like him much better now, but I think the next version will get a hat.  I wish the felt stash had included more than one tiny square of black felt, but I think blue or red hats could be quite stylish.  Or I'll be thinking that until after November 1, at any rate.

As you can see, 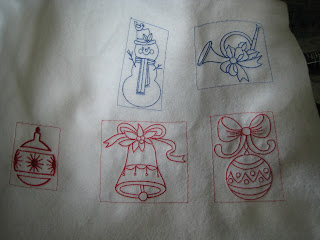 I got a bit exuberant over the weekend with the framed red-work ornament idea.  I think it's a good time to stop to see if this actually works before I keep going.  Maybe that can be my afternoon project if I can clear enough space on my work table..............