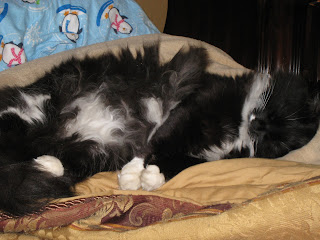 We were a little more tired after the Ravelympics than I originally thought, but everyone is fully recovered now.  And even making a little progress.

The March Project of the Month is 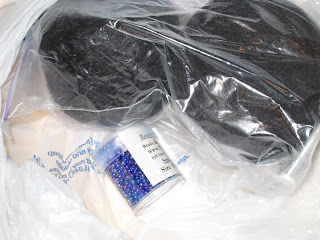 something lace with beads.  Obviously, I thought out some of the project bags a bit more thoroughly than others.  HOWEVER, I've been thinking for a long time about making a mobius scarf/cowl/whatever.  You know how regular scarves have ends that dangle, and a lot of cowls don't lay around the neck very well?  I'm thinking--what if, just for once--you actually ALLOW your stitches to stay twisted on circular needles?  For one, it would be really fun to do once, and I think it might work.  So that is the plan. Of course, the plan has lost out to some major cooking, housecleaning & yardwork so far this month, but I have high hopes for sometime in the next 27 days.

And--I hate to admit it--I did have a bit of a knitting fling during the Ravelympics: 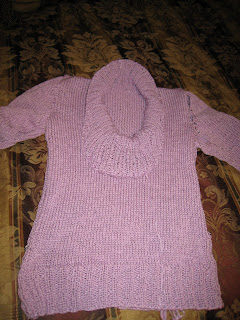 It isn't done yet--those seams are pinned, not sewn (following my new idea to try on all sweaters BEFORE finishing the seams just in case A. I've made a whopper of an error I haven't yet noticed, or B. the designer is a psychopath who lives to torture knitters).  But it's almost done!!!!!!

The scarf is making a little headway: 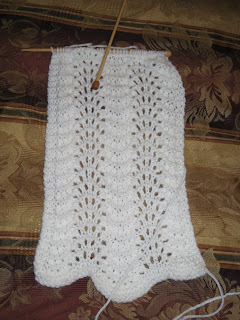 I don't think worsted weight wool was exactly the right choice here, but it's still going to look nice and BE WARM, which has really become quite important this winter.

And.....one of my hopes for the 100 projects goal is to finish some sewing and knitting WIPS, so this week I sorted through the Project Time Out Bin, and bagged up pieces & parts of partially-completed sewing projects 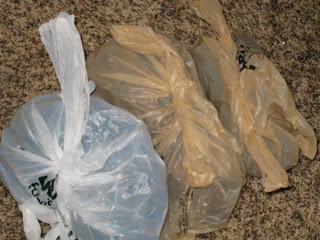 because on the few times I have been able to convince myself to work on one of the banished sewing projects, I've been thwarted by missing pieces and parts.  So, I'm hoping this helps.  And no--there aren't just three.  I wish.  They are actually spread between two project bins.  These are just the ones that look nice and might have all their pieces.