And I sort of got to use the new thread chest.  I tried, at any rate.

A friend of ours had a birthday Wednesday, and his wife surprised him with a dobro (resonator guitar).  I was excited because I knew I had an embroidery design of one of them, and I hadn't made a music bag for him yet.  After a little brainstorming for something funny to say, I came up with 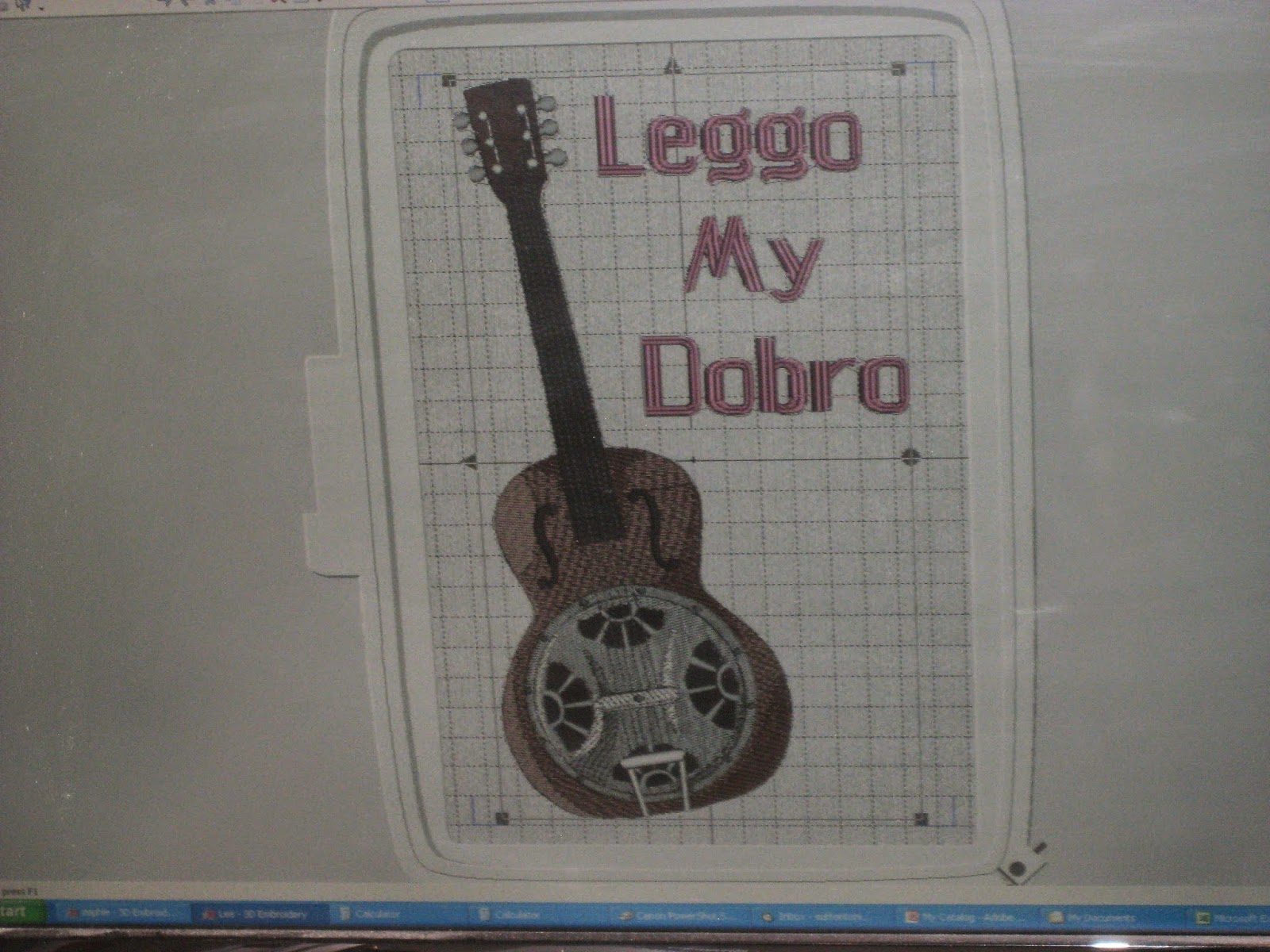 Some days I crack myself up--though it could be the heat as it's been 100 degrees or so for the last several days and it really isn't that funny.  At any rate, the really exciting thing about this design was that it was laid out in Madeira colors--which I now have!  Usually, I have to sit down and go through each color online because my software imports the color numbers as belonging to Sulky, so this company's designs come through as a bizarre array of purples and oranges.  But I had the color chart!  So, after fixing it on screen so I could see it clearly, I pulled open the "warm" colors drawer of the thread chest, 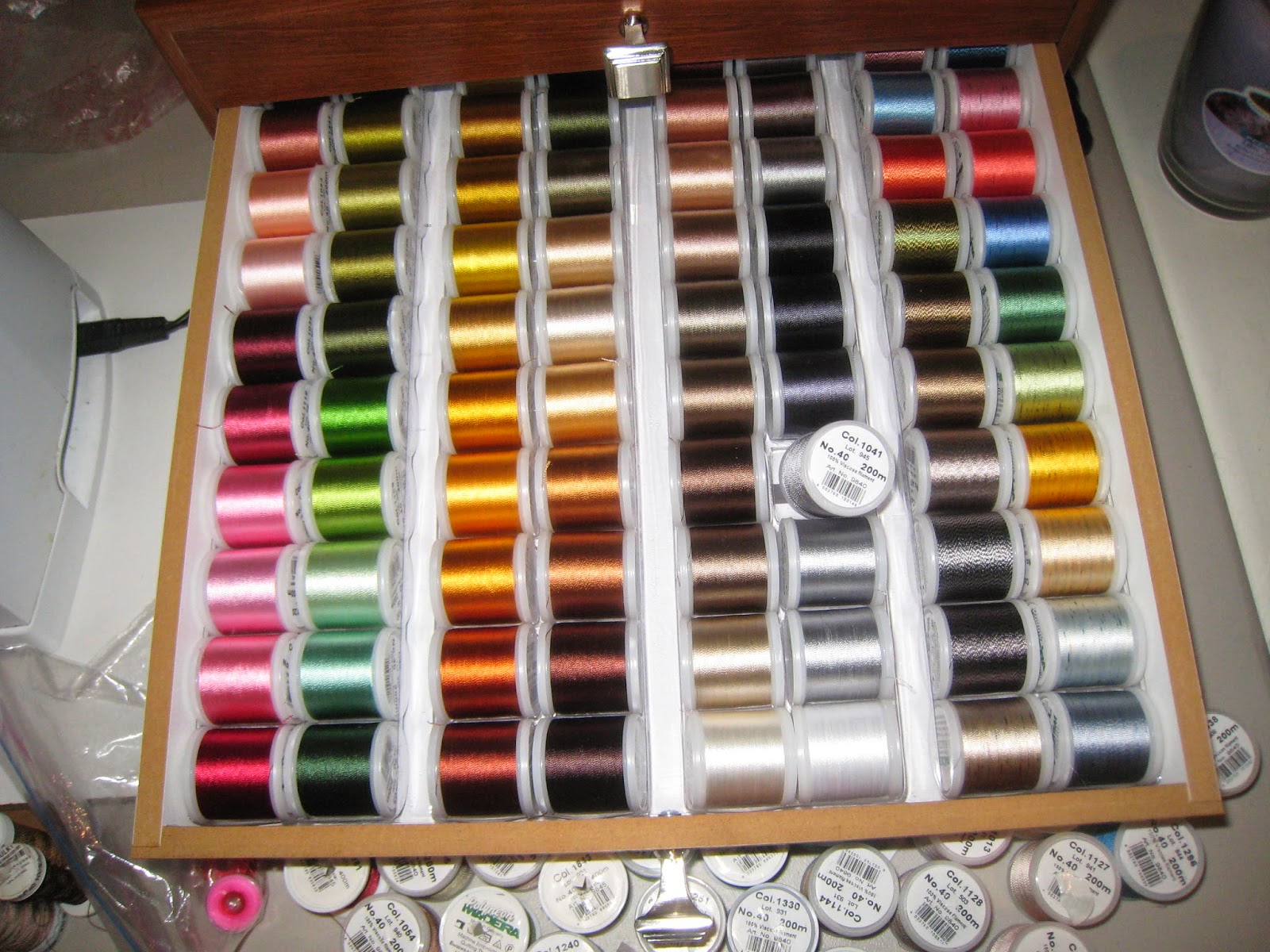 to find I had exactly ONE o the colors I needed.  Out of 11. 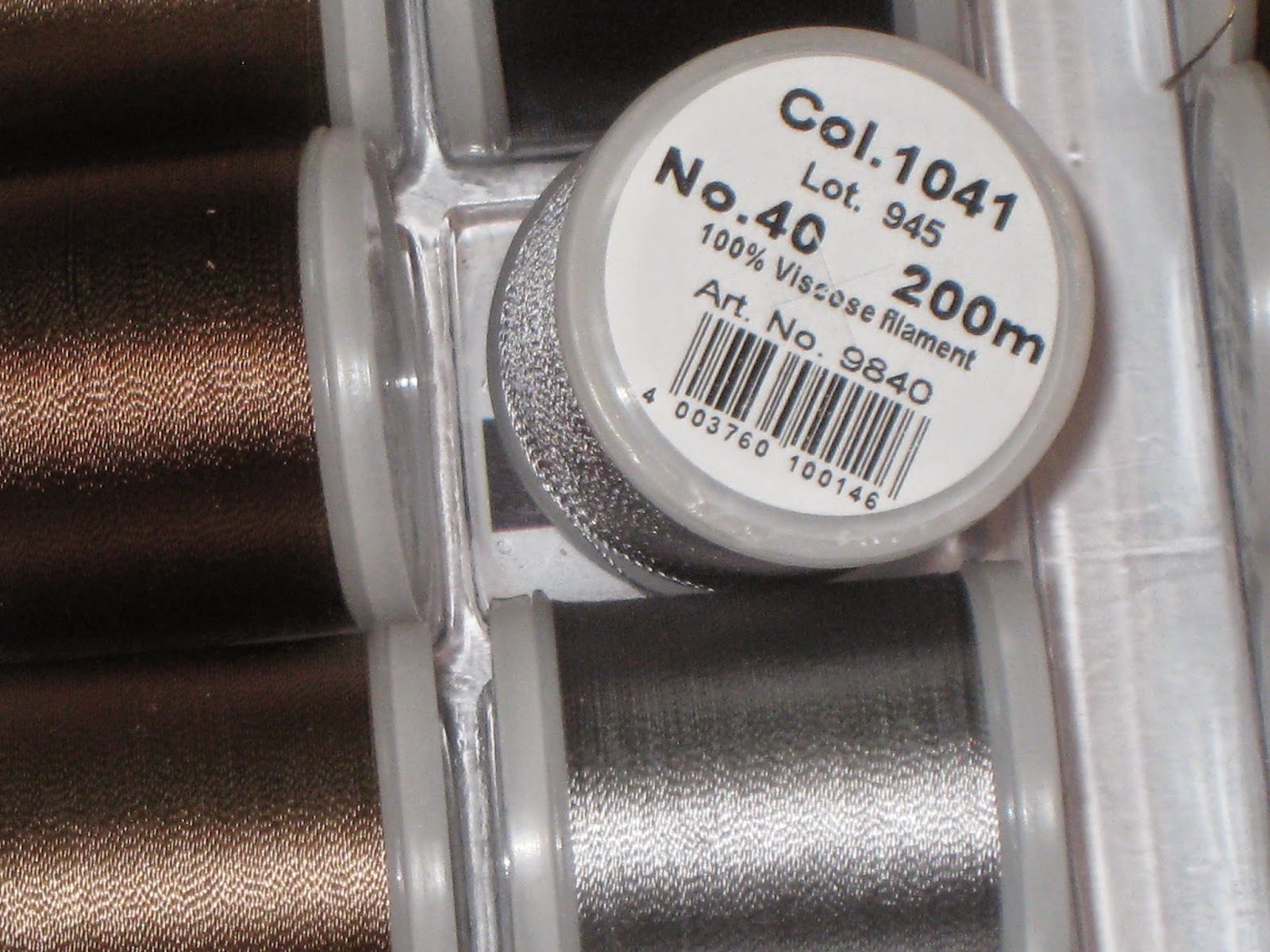 Pulling out the threads I already had from Madeira, 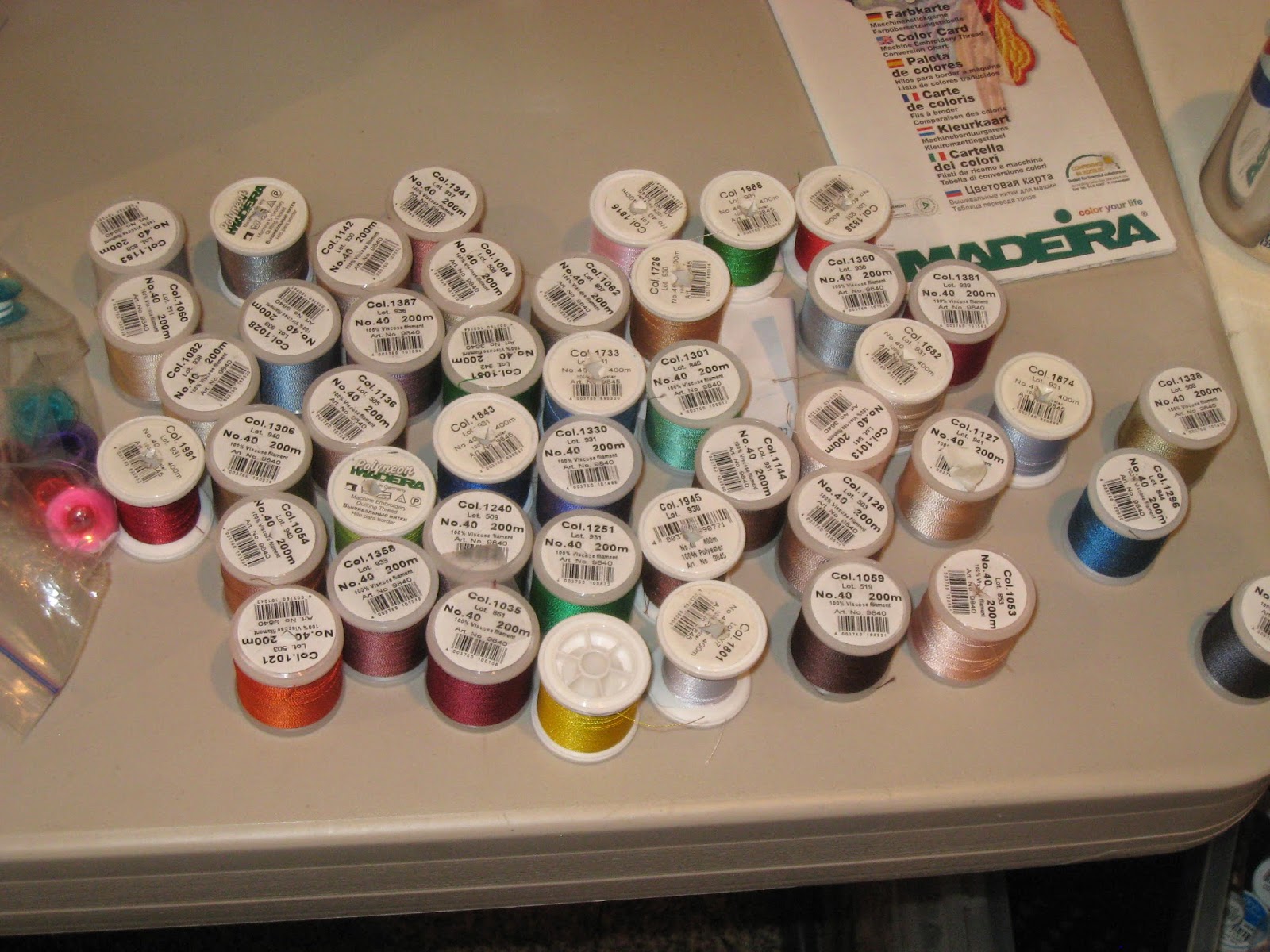 I still only had one.  Using the thread conversion charts for Sulky, I found I also had exactly one in the Sulky colors.  Having gone through 29 paint chip colors trying to match the "antique white" paint that was used in our house, I guess I should have realized that there are truly an infinite number of colors in the world, but I am a child of Crayola.  I grew up thinking that when I reached 3rd grade and could have that box of 64 crayons with the built-in sharpener that I would have all the colors in the world.  This time it was a bigger and more expensive box, and no sharpener, but the same idea:  How can there be more colors than this???

Through guesswork and color charts, I did get the bag embroidered, 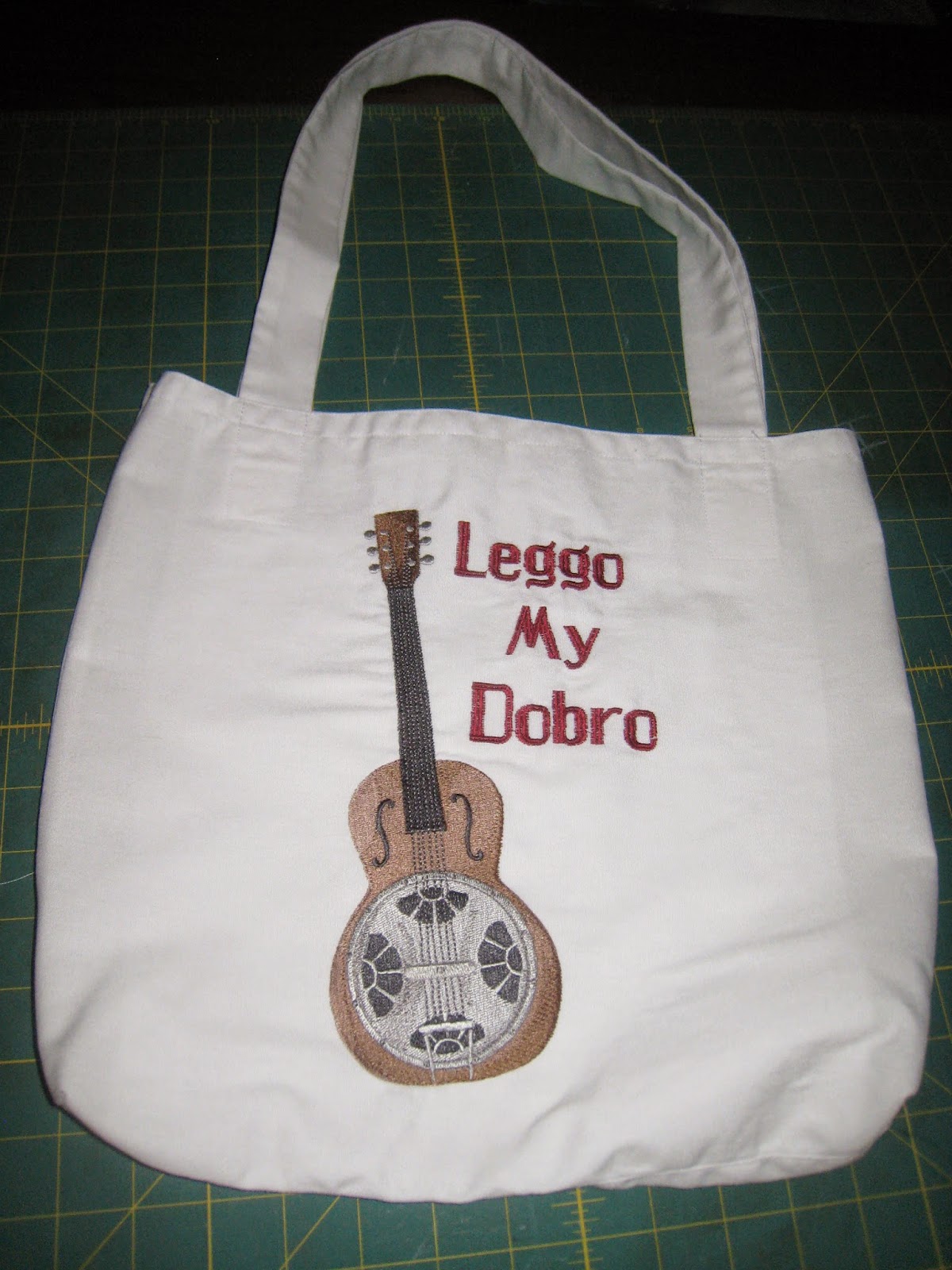 and Theo is still very, very happy with his part of the new thread chest: 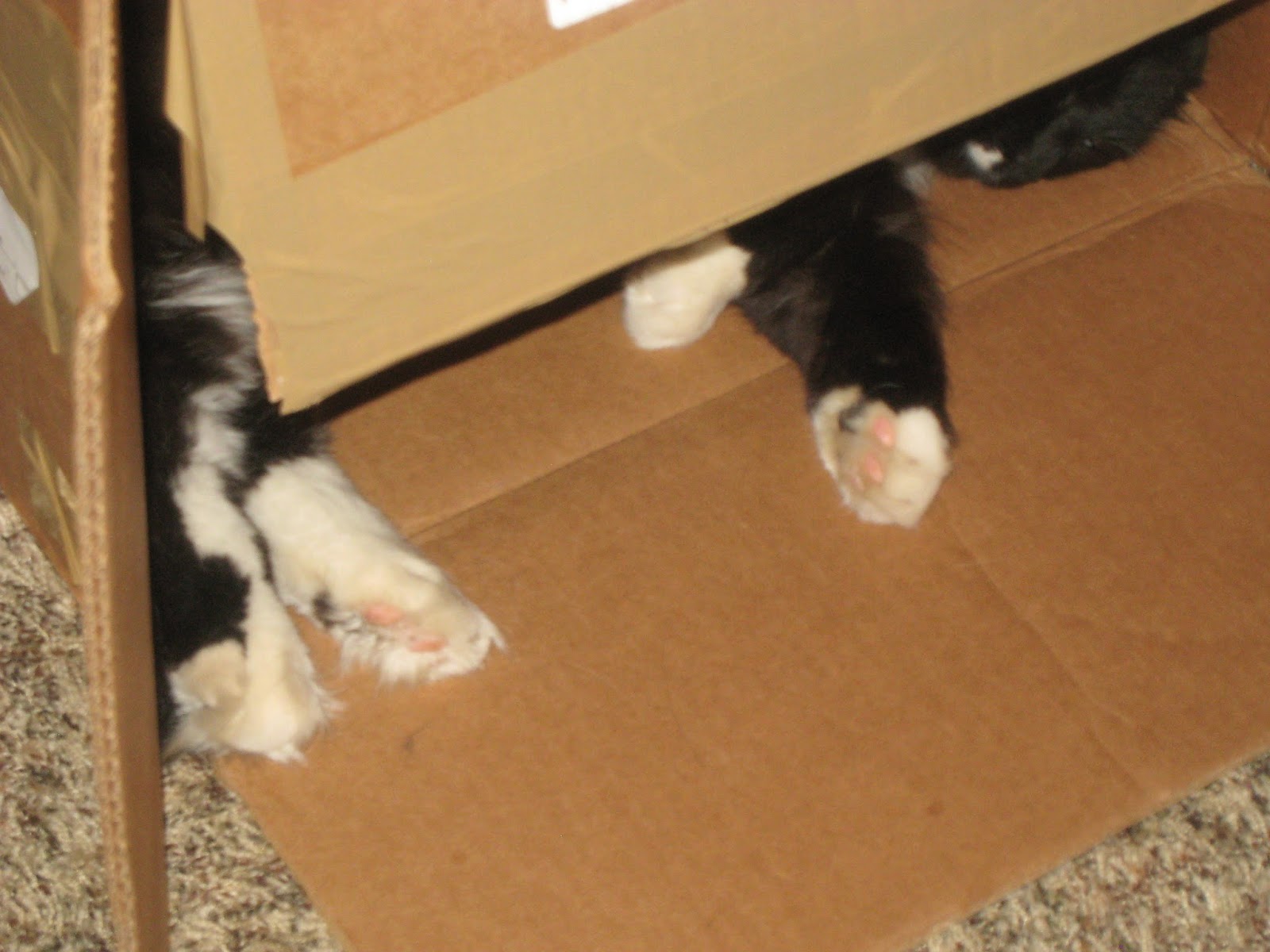 the box that it came in!  I have it in the sewing room for him right now, and it's a new favorite spot.  As well as 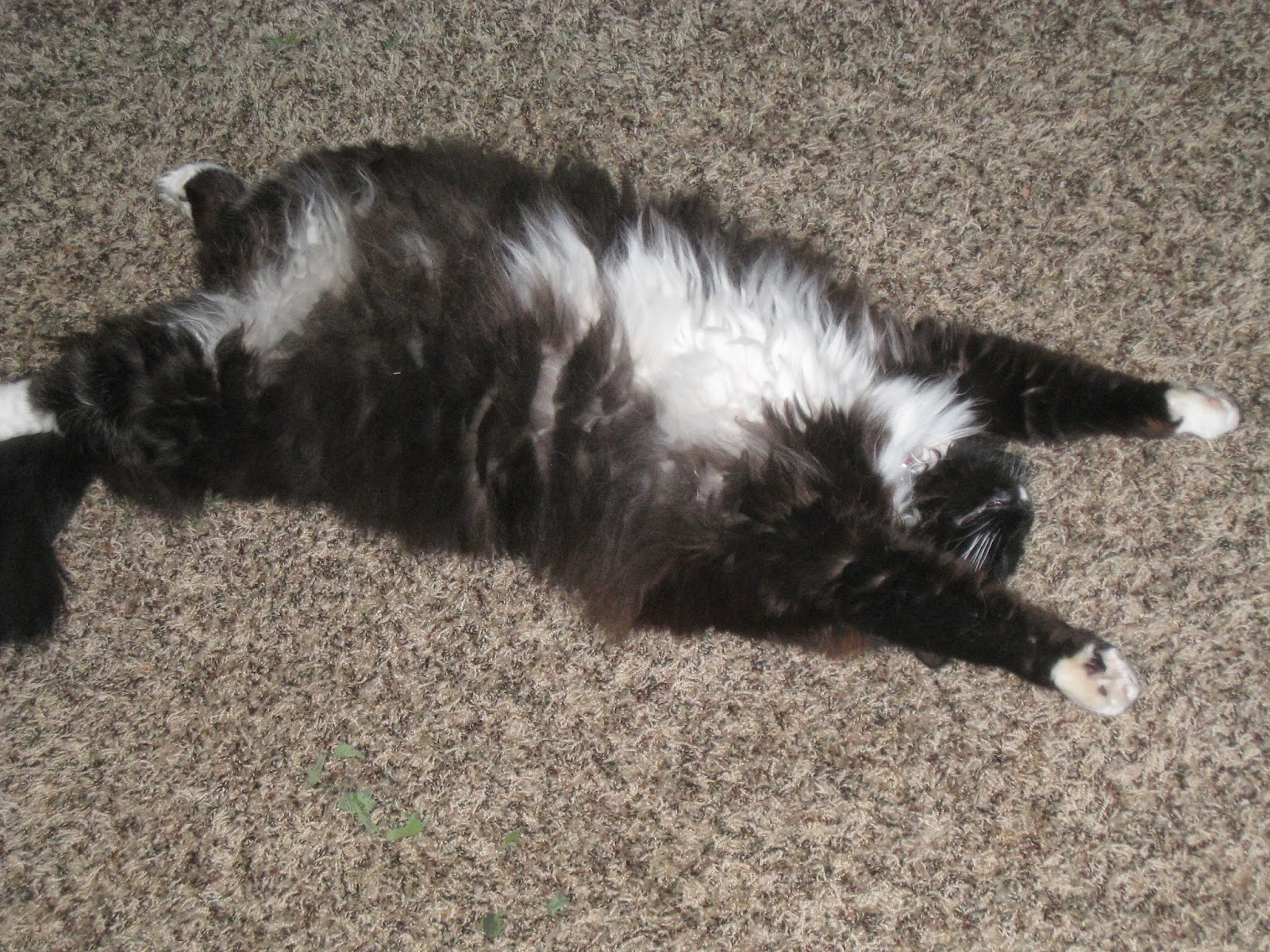 sprawled under the ceiling fans.  We've had the air-conditioning on nonstop for the last few days, but it still gets a bit hot upstairs.  I've flirted with the idea myself.

Extreme heat is, of course, the perfect time to be making wool socks 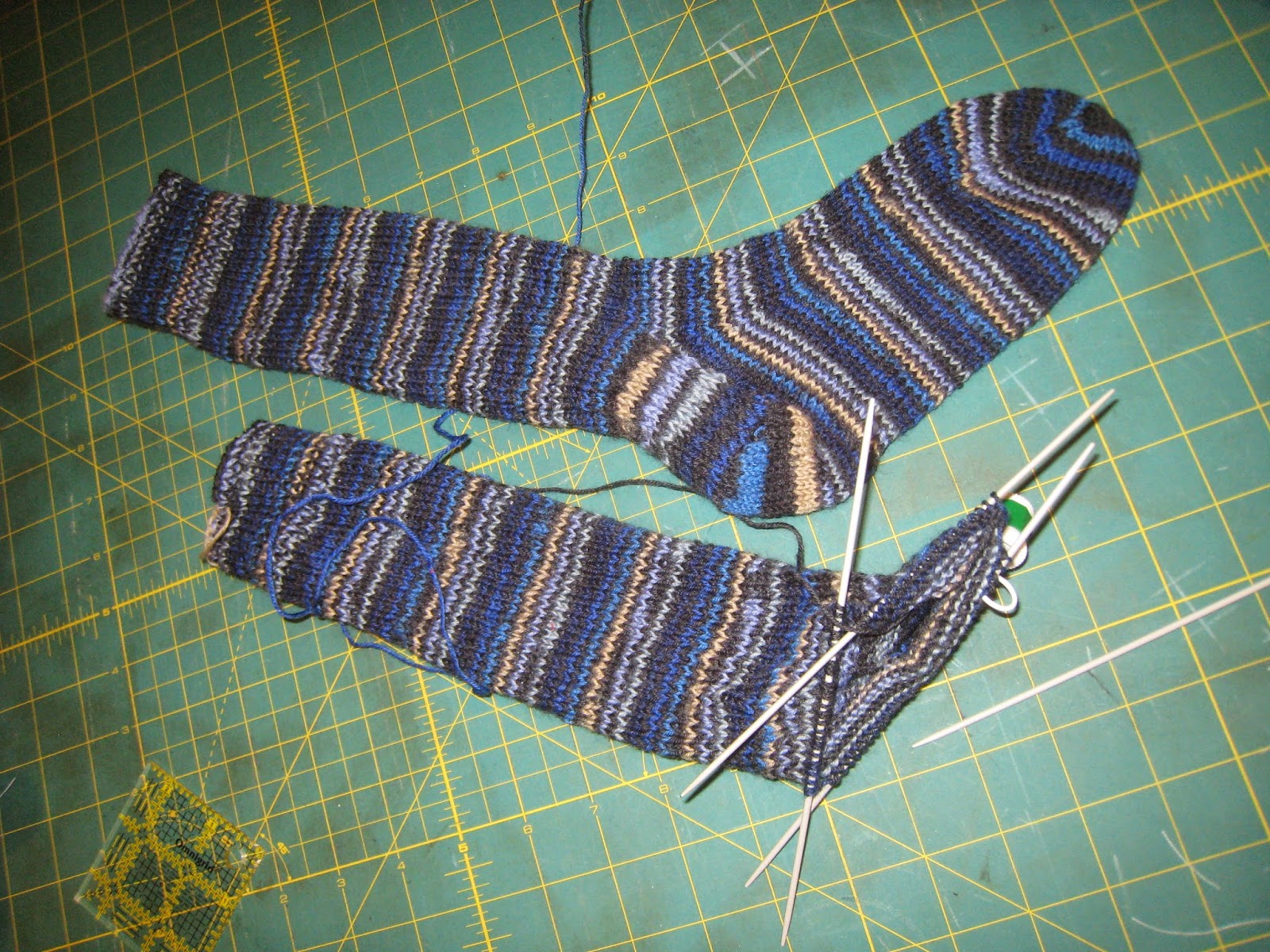 since I can't find the one WIP in cotton yarn.  Apparently throwing the second pair of socks into the summer basket wasn't such a bad idea after all.............