And Why There Was Nothing "Finished" For Finishing Friday.....

I have decided to do a musical theme for Christmas this year, and thought new stockings would be one of the best ways to pick up the theme, so I'm going to use this fabric 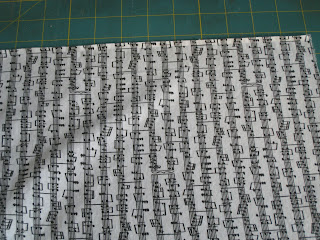 which would be tricky enough with the lines just as it is, but when you add this 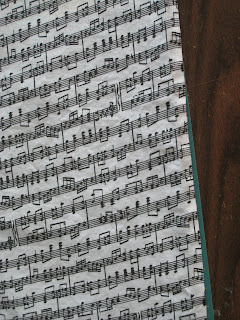 it might be really difficult.  I'm not sure how easy it is to see, but these are pictures of both selvedge edges.  The first has the staff lines pretty much perpendicular.   The second one shows them being quite far from it.  So, I decided to lay the fabric out as a single fold and just cut out the pieces I needed where the print and the fabric worked together.  I was cutting along on the first piece, turned around to change scissors, and 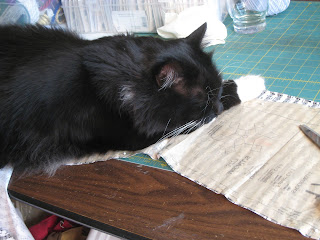 When I tried to move around him a bit, 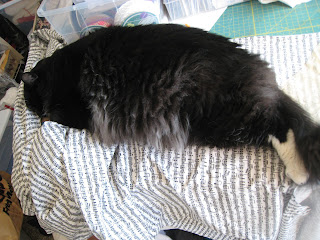 when I gave up and decided to cut out some little stocking ornaments to make, 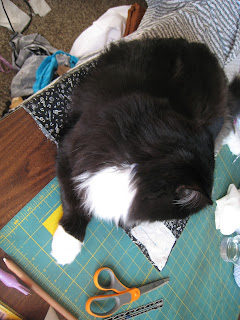 so while the dog did NOT eat my homework, the cat DID take my sewing.  I think that's a fair excuse........