Yesterday I shipped this leftover yarn 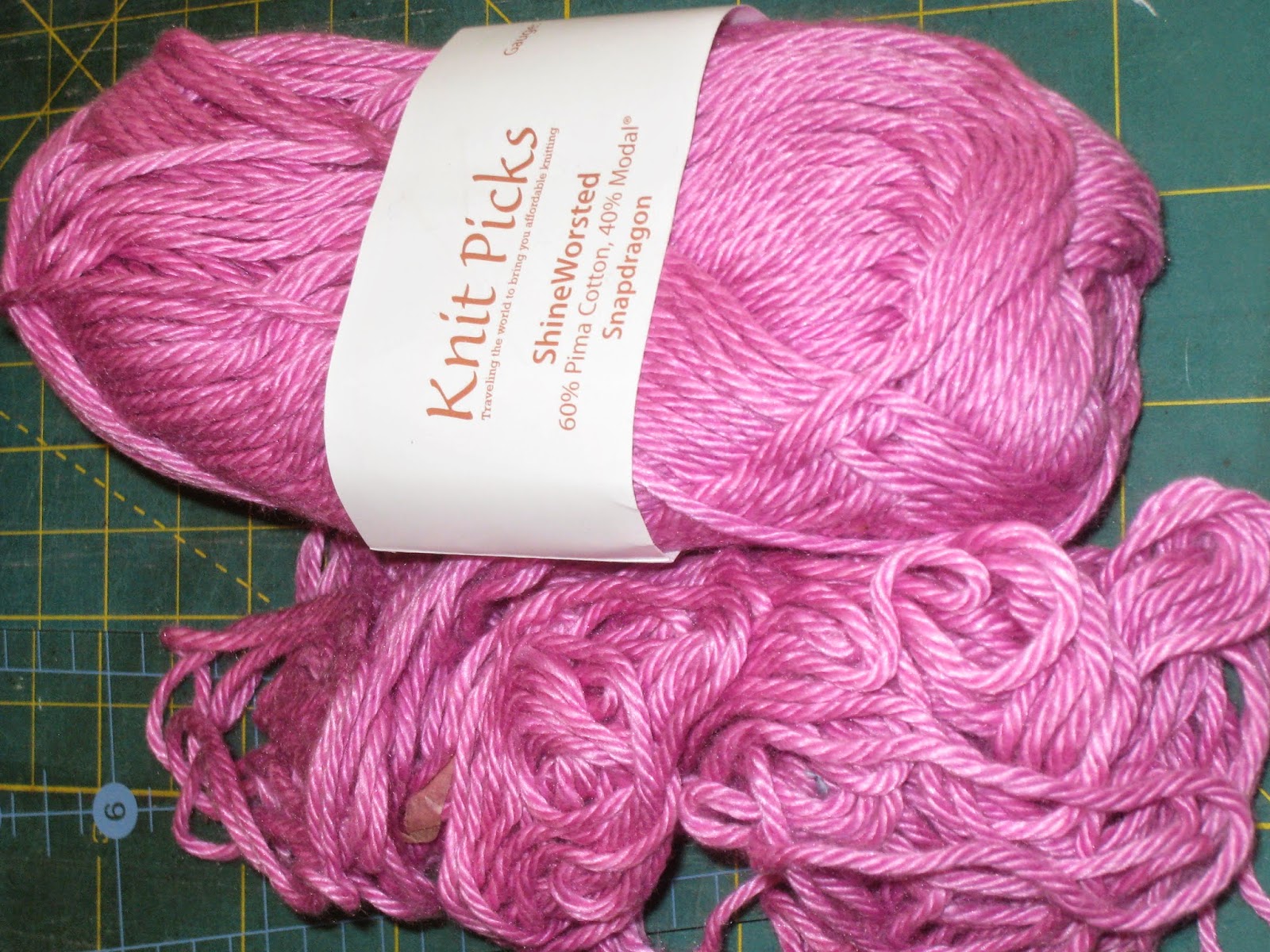 to its new home, so in my Raverly stash (which I sincerely hope FINALLY lists every bit of yarn lurking around here), I have 316 entries IN my stash, and 111 either used up, sold, or given away.  I wish I'd started keeping track the minute I joined Raverly, because there would be a lot more "used up" entries, but 111 is pretty exciting.  It would be even MORE exciting if the sewing room wasn't still overflowing.

The fact that I could have 20 yards of something lurking in my fabric stash was a pretty big shock--even for me.  What else could be lurking in here--50 yards of blue cotton? Fabric for 28 dresses?  Jimmy Hoffa?  I have kept a spreadsheet to try to keep track of fabric (and yarn to begin with), but obviously it hasn't worked that well.  Things that I use a lot and buy in big quantities--white, black, and red quilting cotton, felt--never get listed because I am always using them but often in small amounts at a time.  So, I've started slowly going through the pile and adding them to my project book.  This could take a while........... 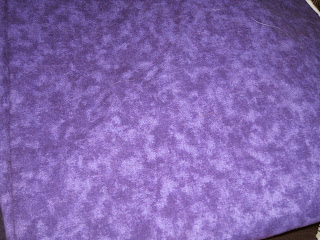 since the cool purple fabric from yesterday is now for me rather than Andy, I dug this out.  It was fabric Andy had picked out for a shirt a while ago, and I want to take another stab at that casual shirt pattern because there's an issue with the front facing that I might need to change, and I'd like to do it while I still remember.  And it would take 2 1/2 yards out of the stash.  And I can locate it--this is a big thing.

I'm also bagging things up so they won't fade in the sun, since my sewing room faces south and obviously, this is going to take some time to use up--even with MY delusions of fabric/yarn usage.  The top bag is probably the oldest fabric still remaining in my stash.  When I first bought a sewing machine, I made several sets of fan-shaped placemats, and this was from the first set: 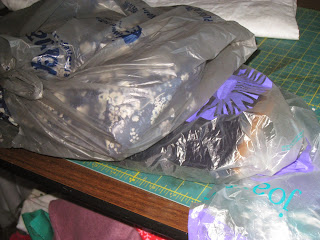 It's a blue rose pattern which matches my dishes really well.  I still have all the placemats, but since my table only seats 6, I only made 6, and since then, there have been several times I'd wished for a few more--like when I can't find all 6 or all 6 aren't clean.  So, that gets to be a pretty high priority, because just doing laundry more frequently obviously isn't going to happen. I used purchased doilies for a lace inset at the bottom, so they have to wait until I can find more of them, but aside from that, it's a fairly easy project.

Underneath is some navy microsuede--I believe 5 yards.  It's probably been in the stash for a while as most microsuede was purchased after I had discovered how lovely it was to wear but before I had attempted to work with the stuff.  I think it could make a lovely long-sleeved shirt for Andy, and I have finally learned to work reasonably well with microsuede (except for the latest disaster), but I'll move that one back down the list a bit as I've promised him a different long-sleeved shirt for his birthday this year, and I still haven't made his gift from LAST year (which will move to the top of the list once I locate the fabric.)  But they're all on the list now.

This came down with the things I was tugging on, 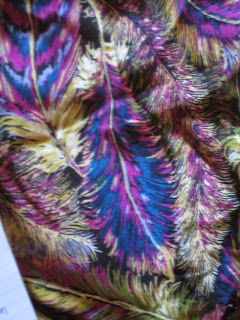 and in spite of the blurry photograph, I love this fabric.  I'm thinking shirt for me.  I have two yards of it, so maybe I should make a long-sleeved shirt?  My summer clothes are mostly things I've made, and tend to be brighter and cheerier than my winter clothes, which lean toward solid colors.  What do you think--too busy for a long-sleeved shirt? 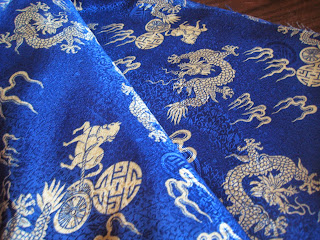 I probably bought to make a dress as there's 4 5/8 yards of the stuff.  Actually, I probably bought it on clearance and just bought whatever was left on the bolt, but it's a thin silky-type polyester and I might switch this for Andy's silky, casual shirt.  He loves this print, and it would leave enough fabric for maybe a light jacket or shrug for me--that could be fun. 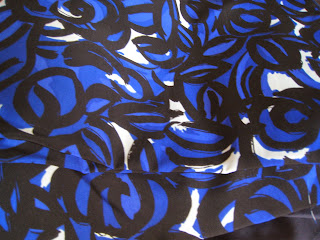 is peachskin, which I'm sure I bought to make another jacket/shirt/pants combo for me.  Andy really likes this one as well, so we'll talk about it.  My hip is improving, but I still can't wear normal pants.  Things with non-stretchy waistbands, no matter how loose, pull on my hip a bit it seems.  I suppose 40 years of being in one place would be a difficult habit to break, but it leaves me wearing the same 5-6 things.  So, I might co-opt this one, or find the black peachskin which would be interchangeable with the things I already have.  We'll see.  Maybe this will be the year I can finally wear jeans again!

And while I'm sorting through all of this, 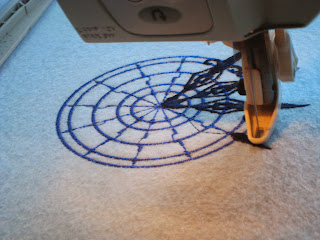 I'm embroidering some felt gift bags.  Several pieces of felt came tumbling down on top of me while rummaging, and if attacking fabric isn't a sign, I don't know what is......