When faced with project monotony monogamy, I can apparently be persuaded to do ANYTHING.  While resting my back yesterday, I sorted through my existing sewing patterns, added them to a Pinterest page, and even located a vest pattern I was looking for.  Then, when more mobile, I worked on this: 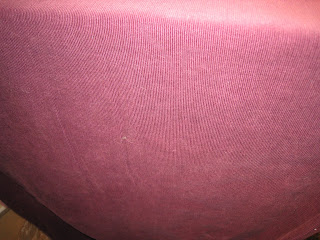 which does indeed look mostly like a wrinkled purple blob, but which is actually another very deep stash fabric.  4.5 yards of a 60-inch wide cotton fine-wale corduroy, probably from 2007?  Definitely something I bought on clearance, because I bought what was left on the bolt.  I'm sure I thought it would make a great shirt for Andy because I've already made him a purple corduroy shirt.  Or maybe this was going to be a skirt and shirt for me?  Of course, it's always possible that I just bought it because I liked it--which isn't a bad reason, probably, considering it's a useful fabric in a useful amount.  I'm still aiming to do Me Made Mondays in 2016, so the 4.5 yards are becoming YET ANOTHER jean jacket 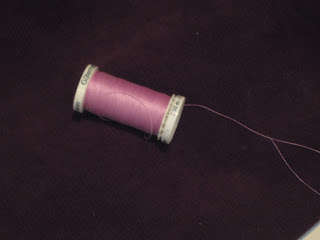 this time maybe with colored top stitching?  I'm torn between a warm tan thread and this pink, which matches a bit better.  Black was another possibility, but it doesn't show up as well.  The rest of the fabric is becoming a long-sleeved shirt for me, 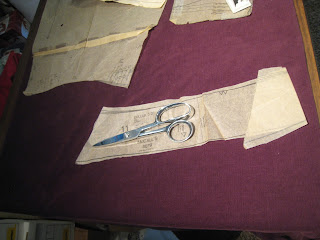 and the newly-located vest.  If I were a more organized person, the jacket, vest, and shirt would be some sort of interchangeable ensemble that would match everything in my wardrobe.  As it is, they'll match a few things.  For me, that they will match ANYTHING is a bit of an achievement.

I'm getting pretty good at this jacket pattern by now, and I'm using the same pattern (smaller size) that I used for Andy's flannel shirt, so two out of three should be relatively quick projects, but for 115 finished projects for the year, I should be at 86 or 87 by the end of September.  And I'm at 78 right now.  It's great to be updating my wardrobe a bit, but I think I might need a few simple projects soon.  Like making more of these: 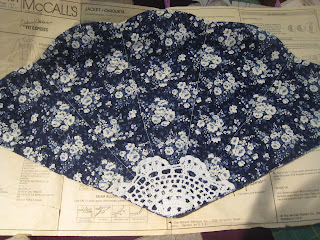 I've been digging through the sewing room, and found one leftover doily from when I made them (which will make 2 more placemats), then I found a doily that doesn't exactly match but could be close enough in a pinch (if I have this much fabric still stashed away).  And if I add backs to the 4 embroidered table runners, that could give me a few more finished projects AND some extra Christmas gifts if I need them.  AND--see, I really HAVE been desperate to do something besides knit scarves--I have found the extra microsuede fabric to replace the botched shirt body 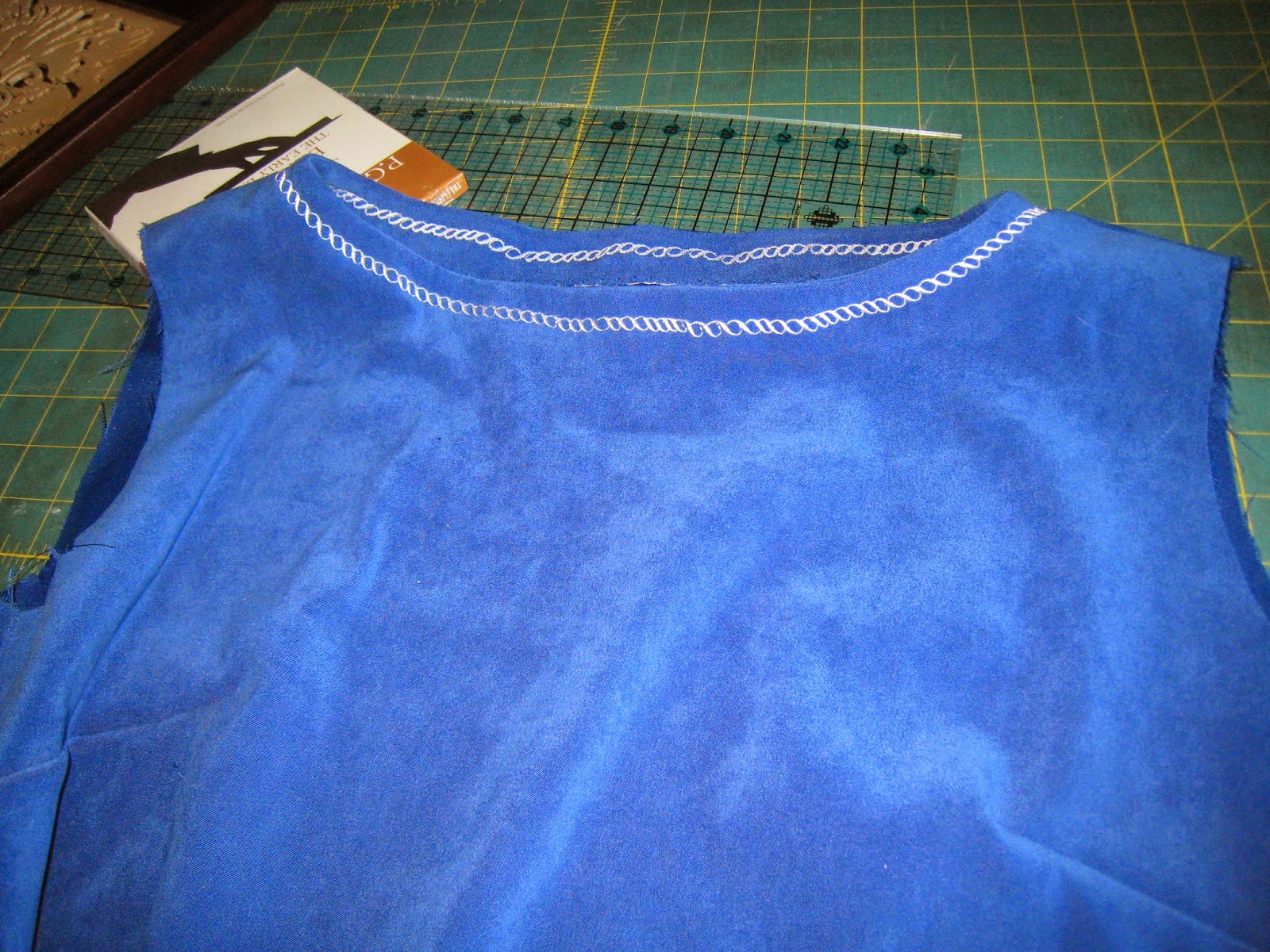 so once I figure out where I stashed the sleeves, the "blue microsuede ensemble" could be a finished project finally!  I could still do this........