Normal people do not care about such things, but I am now within 10.6 yards of hitting my goal with 10 days left in the year.  I could still make it!

Of course, I could stop being such an idiot and say "close enough," possibly involving some sort of medication, but until I find it, 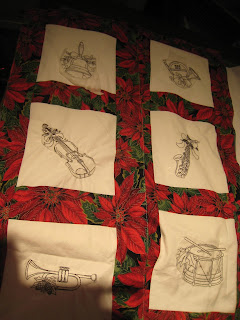 the two black runners are done, and I think I'm going to try Anita's suggestion for doing the designs in green, then I was also thinking of using black fabric instead of white and trying gold.  I have 10 days, after all.

The latest obsession really started because we couldn't find a gift bag that would fit for one of the gifts Andy made, and I have a BIG box of felt, so 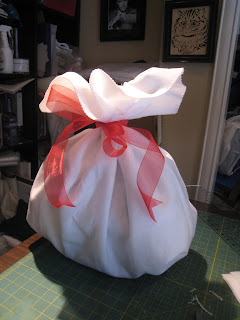 two problems solved.  Then for once I actually remembered that I had a bin of bags in progress, 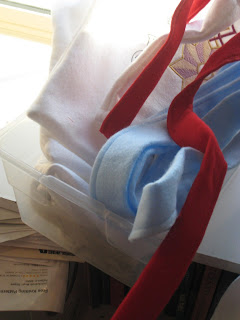 and found 5 in need of just finishing, 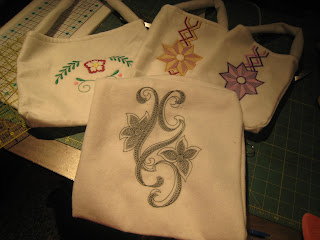 (one not pictured), and as not being finished means the fabric has never been counted, BINGO!  Then since I was one such a roll 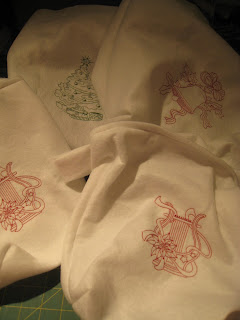 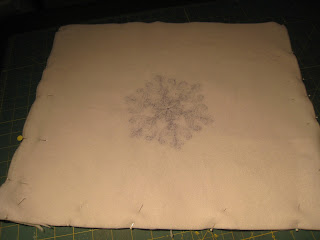 I've been testing out some of the new embroidery designs for additional bags.  If I keep doing bags (which we do use, so it's not completely out of desperation) and table runners, it's just possible I'll make it to 100.  What's 10 yards in 10 days, right??????