This morning I did some tidying, and under normal circumstances I might be canning today, but the record-breaking heat is continuing, so I'm going to wait until it isn't almost 90 degrees--which might be Monday.  So today, 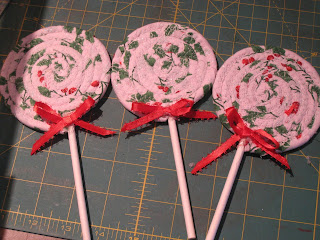 I'm working on a new ornament.  I saw these at Art in the Park, and thought they were adorable.   I came home and found a tutorial on YouTube, because I was too lazy to figure them out on my own. 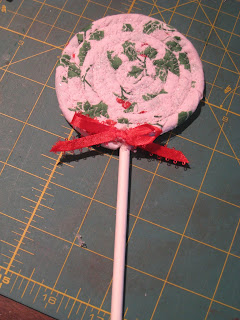 The stick posed a bit of a challenge.  I thought they would be lollipop sticks, but they're too thin.  I found a cookie stick that was the right thickness, but Andy cut them in half for me as apparently when one puts cookies on a stick, it's a long stick.  I didn't know cookies were now a thing-on-a-stick, but they do work well for this.

It's a glue gun project, and I (of course) promptly burned myself, and I've already glued one to my cutting mat, but I'm slowly getting the hang of them.  Sort of.  And it's a relatively quick project, which I sort of needed after those dreadful scarves.   Fast, simple, and something that can be done in a single day.