And Just How Much CAN One Woman Knit While Sick?

As it turns out, quite a bit.  Going back to Finishing Friday,originally I was only going to knit, 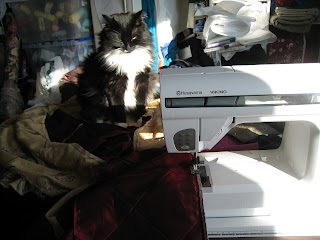 but a very stern sidekick persuaded me to do a bit of work on the bedspread. 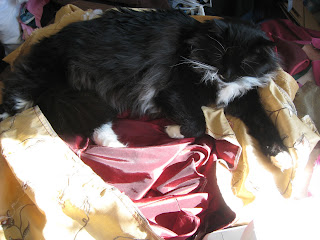 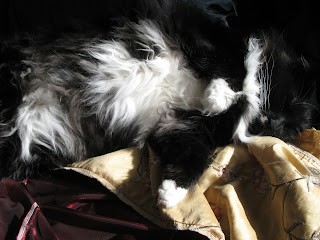 which made one of us extremely happy. 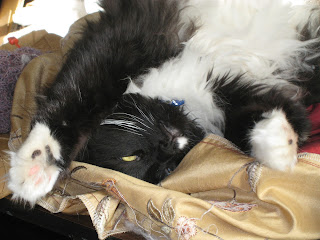 Not that I'm not thrilled to be making progress on it, 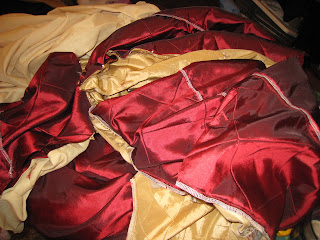 but I would be a lot happier if I hadn't messed up the final seam on the top piece& had to rip it out and start pinning again.  It's taking a bit longer than it should because I'm reinforcing and serging all the existing seams as well, as it wasn't done initially and the remaining seams ripping out would really be just a matter of time otherwise.  Remind me to make all future bedspreads.  This thing is SO not worth what we paid for it--even though I actually bought it on sale.

Needing a break from repairs, I dug out the birthday socks that need to be finished in February, and figure out how to make the heel turn around the coin cable.  One side turned out fine, 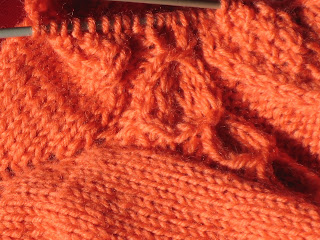 but the other one was a bit of a disaster. 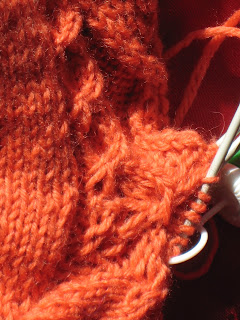 Now one great way to ensure Second Sock Syndrome is to invent a really fussy part of the heel turning process.  The SECOND way to ensure SSS is to discover that you have not so much made a sock as a ski cover 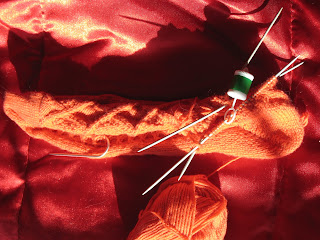 The recipient doesn't have small feet by any means, but I try not to give gifts that require the wearer to acquire prosthetic devices to get a proper fit.  Maybe it's just me, but Finishing Friday quickly became Frogging Friday, and I started a simpler sock with self-striping yarn.  Luckily (sort of) it was about this time that I started feeling sick, so between Nyquil bouts I had lost of time to work on the new sock, and 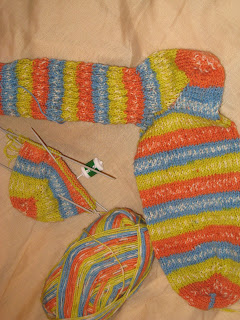 I'm already on the second sock!!!!!  (And we're going to attribute the sideways photo to cold medicine,  I swear it looked right side up when I clicked on it).  I admit, my hands are seriously tired right now, but if I am even going to come close to knitting up 25,000 yards of yarn this year, I need to average just over 2100 yards of yarn every month, and a 231 yard skein on sock yarn that is getting close to being used up is a huge temptation.  Not to mention that it's a bit hard to read anything without pictures when taking cold medicine......

Today I also finished up the latest chemo cap 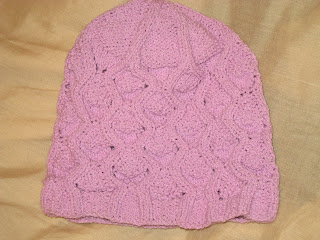 so I finish the first month of the year with 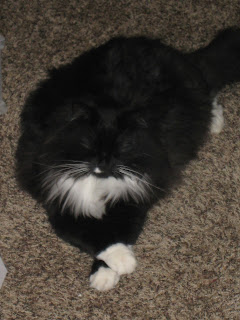