And I loved none of it.  Like this one: 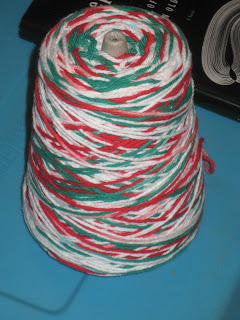 I enjoy knitting cotton washcloths, but after purchasing this cone, I knit a few balls of this colorway, and as soon as this yarn gets wet, the colors bleed together, so it looks like some sad, half-melted Christmas mint found at the bottom of a purse somewhere.  I don't like how it turns out, so I was never going to knit with it.  Ditto this: 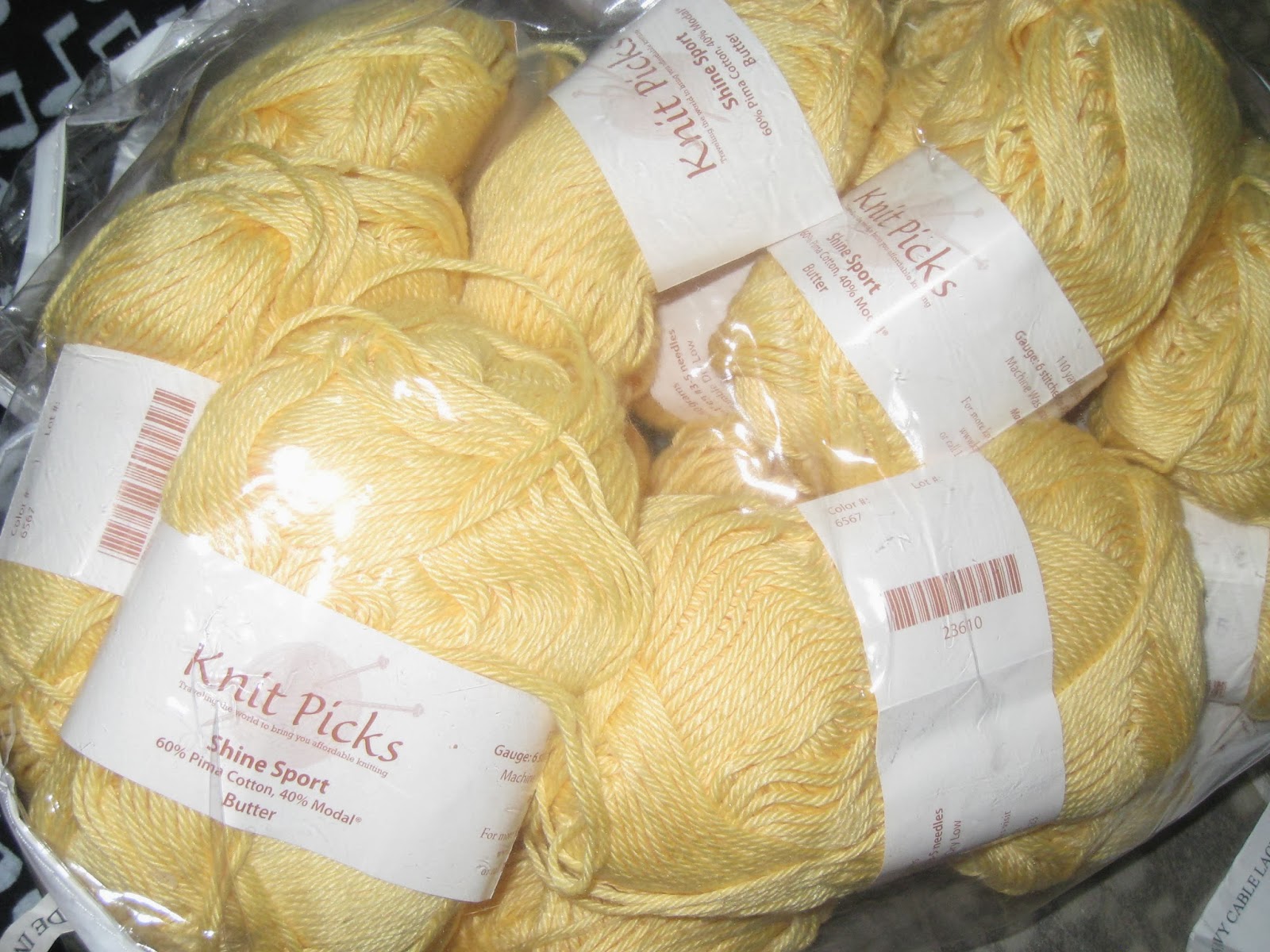 In December of 2007 when I was gearing up for my first year without buying yarn--I hadn't even come up with the term "cold-sheeping" yet--and I allowed myself one "last hurrah" purchase, and bought Knit Picks' Shine in both worsted weight and this sport weight.  The worsted was easily the worst yarn I've ever used--it sheds, every single ball (and they were less than 100 yards each) had terrible splices that look like they'd been done with an egg beater, and the sweater looked ratty and old within 2 months.  But I hung onto this yarn.  It's been almost 12 years.  There were a few times when I started to list it for sale on Ravelry, but my experience with selling yarn on Ravelry hasn't been good, so I didn't and it's just existed.  Enough is enough.  There are better yarns and my knitting time is too limited for horrible yarn. 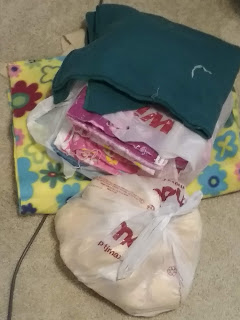 and some fleece.  I have tried quilting with flannel and probably would never, ever attempt it again, but someone else can can it.  Ditto the fleece--that was going to be a baby gift, but again, I don't need as many baby gifts as I used to.

I also cleaned out a box of old jeans 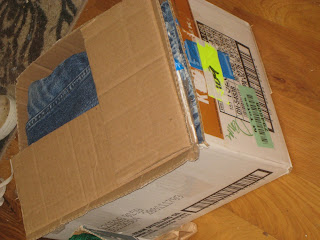 that I was saving to make some hanging storage for the closets in the OLD house, and if I ever come up with a new project needing old denim, we'll have worn out some new jeans by then. 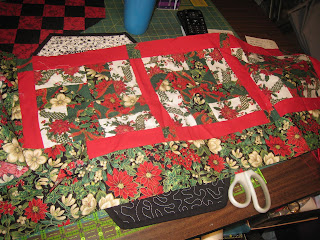 which is an almost-finished, WAY too busy table-runner top.  That muddle in the middle is supposed to be a pinwheel.  This has to date back to my first house when I had just taken up sewing, because I hope I'm better at picking coordinating prints now.  I'm not sure what I'm going to do with it--we'll have to see if I can locate this particular fabric in the stash as only two sides have borders and there's only fabric with it for one more side. Maybe from a distance it will look better..........

The sewing room is still really cluttered, but I made a very visible dent yesterday.  I also did some weeding, a bit of tidying, did a few more rows in my quilting 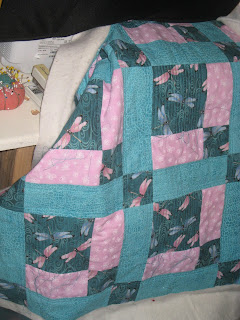 then my hip was so tired that I had to rest.  First the sock got some attention, 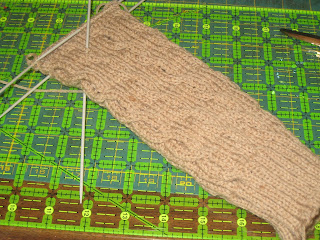 then the shawl, which has now been divided for the first side, so the rows move pretty quickly. 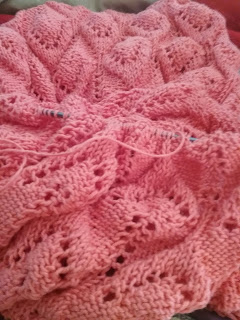 even if it doesn't always feel like it.  I have to work some seriously long hours at our big event next week, so it's been nice to have a quiet weekend.
Posted by Toni at 9:38 AM 5 comments: