GLORY BE AND HALLELUJAH!!!!! 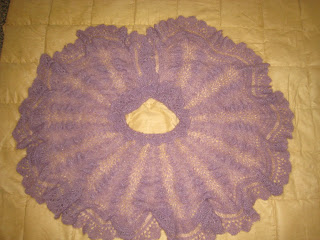 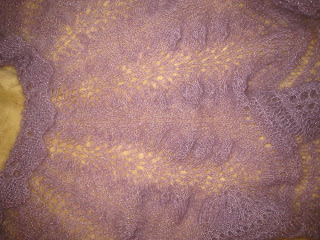 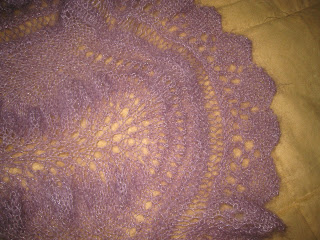 And a quick shot while wearing it, which won't be seen again until late fall or early winter, as mohair is much warmer than it looks. 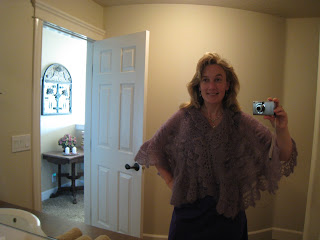 I am now going to find something to do with the largest needles I own. Anyone tried knitting with broomsticks?