Has It Already Been a WEEK?

Oh my!  It's already OVER week since my last update!  Oops.

The lace and I needed some time apart, so, 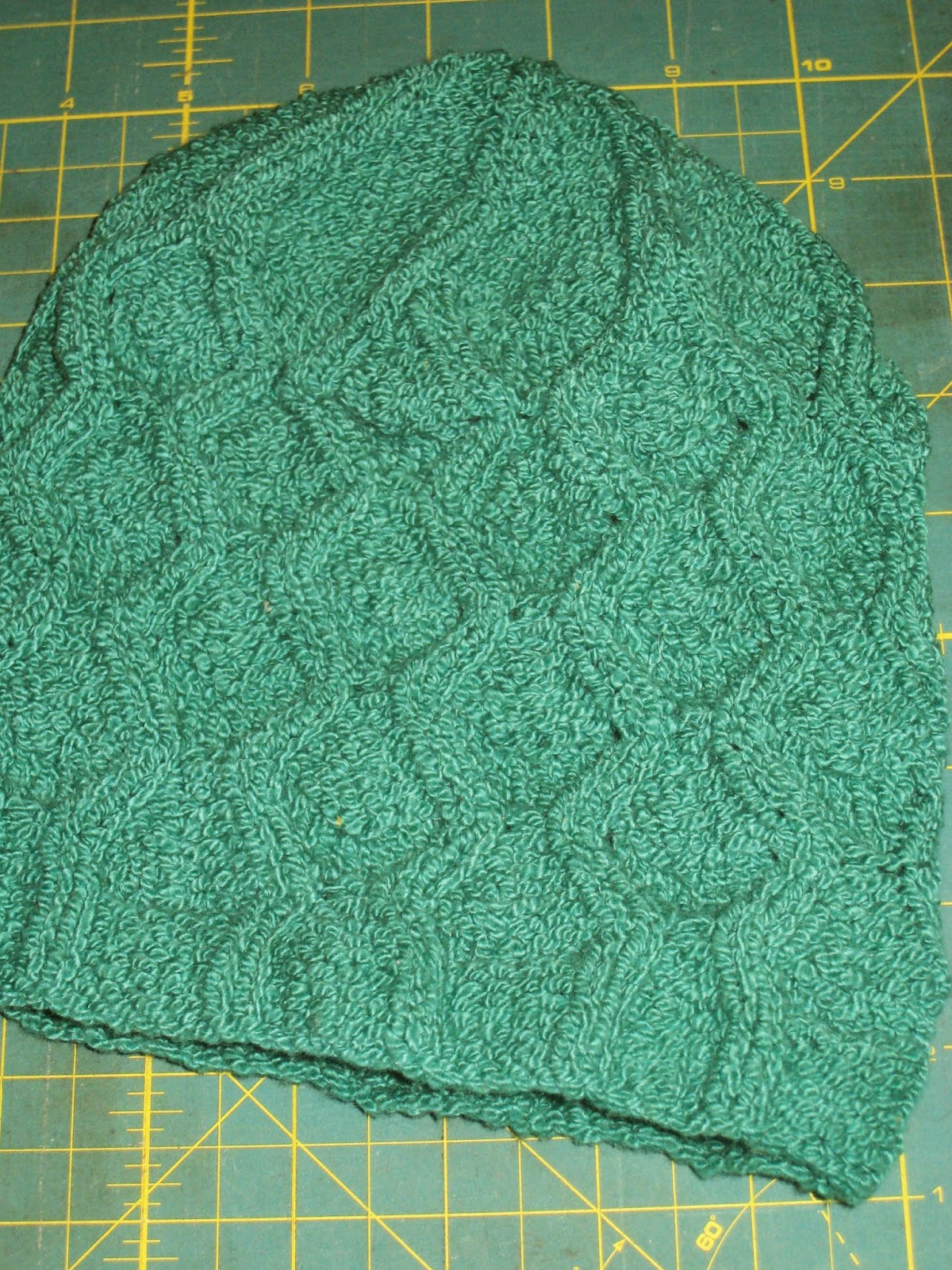 there is a new chemo cap!  I haven't made any caps in a while, but several have gone out to friends, so it seemed like a good project to work on while I am recovering from the I-don't-exactly-know-what-I-did set-back two weeks ago.  Nothing puts the old back issues in perspective like the thought of people dealing with cancer.  I managed to do the decreases for the crown a different way than the pattern said to do, 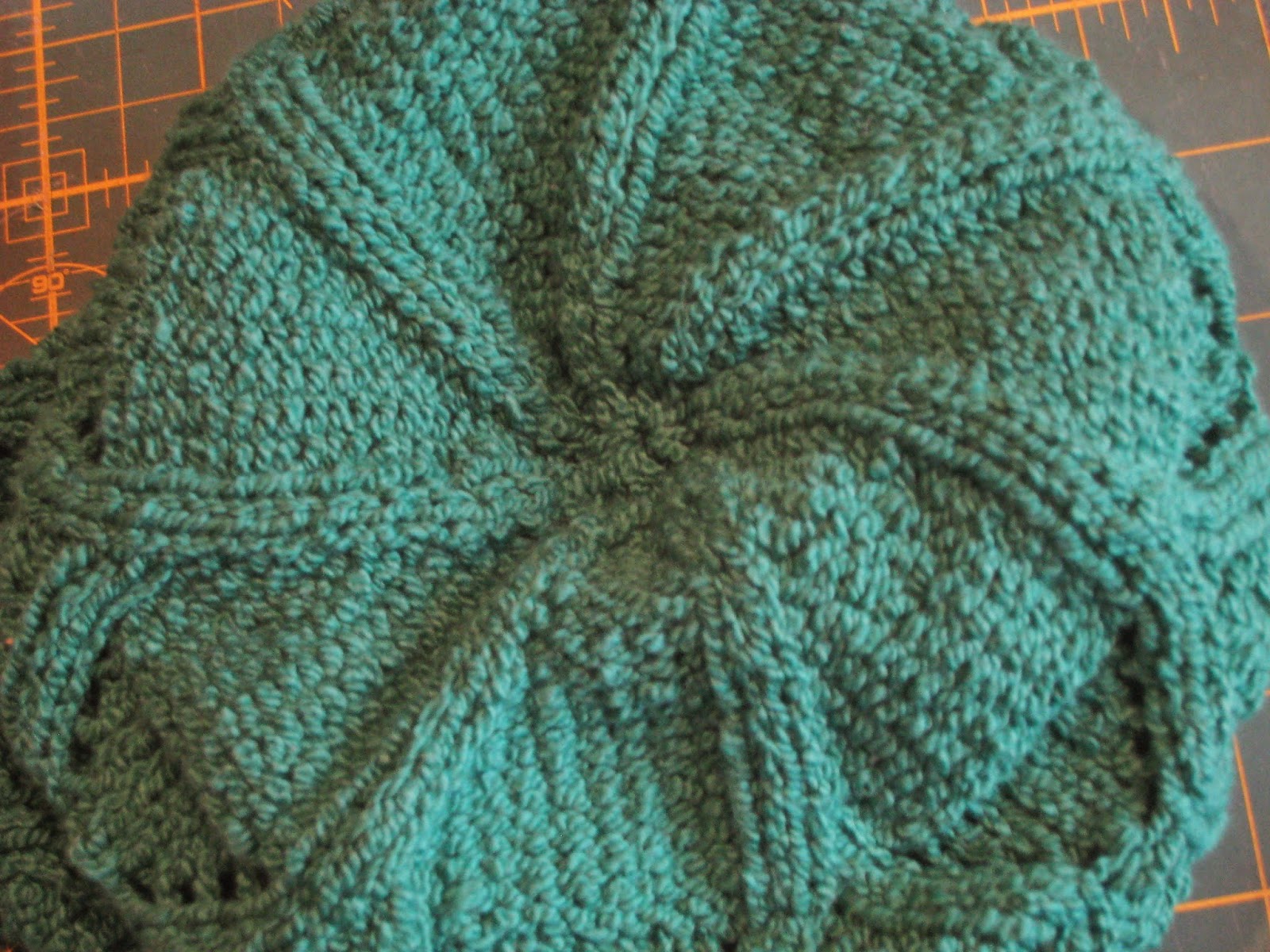 but I sort of like the swirling effect that gave it, so we'll say it was on purpose.  And the fact that I have one more finished project before March ends doesn't hurt either........

It's been an up and down but busy week.  Tuesday night we went to the Idaho Songwriter's forum, which is a monthly get-together where people can perform songs they have written.  No less than THREE of our friends had written songs, so we went there to cheer them on.  It was a terrific evening, but it was also 3 1/2 hours, and if I ever really could sit for that long, those days are LONG gone.  I got up, walked around, found a quiet corner where I could stretch out my hip, but I was still flat out in bed the next day for that little adventure, and could only make a welcome home party for a good friend on Thursday night by taking full pain meds and an entire half a Valium pill--which would normally have knocked me out cold.  Yesterday I was pretty sick from the drugs, but still managed to go over to our friends' house to play some music and have dinner.  I intended to rest today, but Andy and I ended up going out to lunch and hunting thrift stores for a few hours.  Then my back was really, really, REALLY done and I've almost been resting ever since.  Almost.  I swear I really am going to take it easy tomorrow.

When I have actually managed to rest, I have made progress on the March Madness sweater: 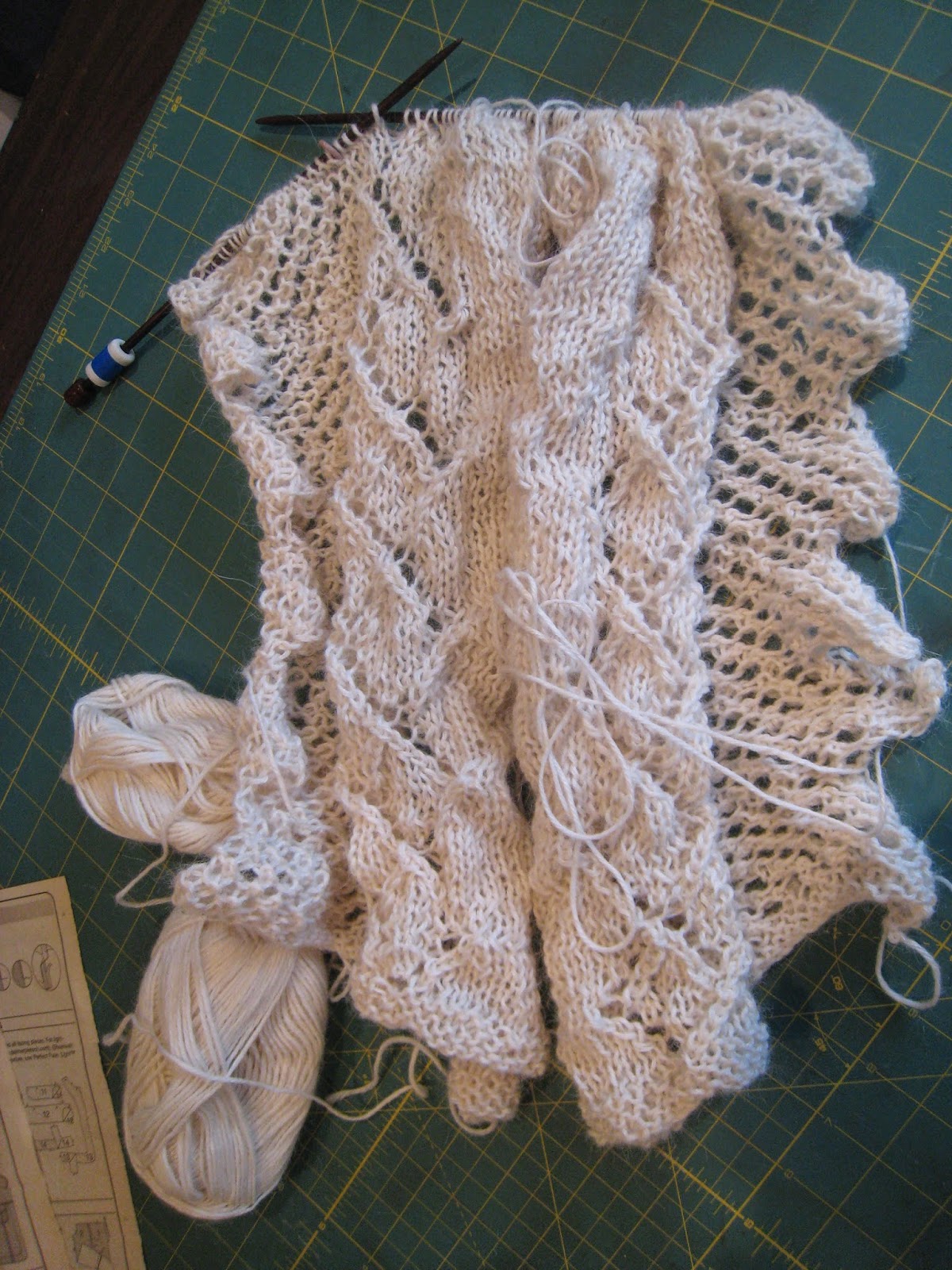 though I think it is looking a little unlikely that I am going to finish it before the first.  I'm casting off for the sleeves and decreasing for the neck, but the edging extends a fair bit past the shoulder so it can be sewn around the back edge of the neck as a collar, so I'm not sure how close I'd say the fronts are to being done, then I have to pick up the stitches on the cuffs and finish both sleeves, and that would be a LOT of knitting, and even I believe I can't knit 2 sleeves in 2 days.  3 maybe............


Posted by Toni at 7:32 PM No comments: Links to this post