For almost an entire week now, I've kept thinking, "Oh, I'll just finish this before posting...." and I am really, really, REALLY close on several things, but nothing is quite done.  Especially not this: 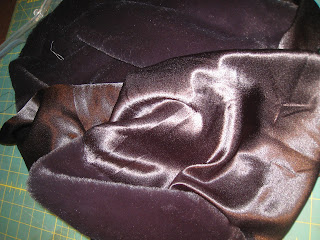 Friday night our New Recipe Dinner Club is having an 1950s Hollywood night (complete with costumes) and I thought it would be fun to have a fake-fur stole.  Because it's only 95 degrees still, so, you know, chilly..... Which required a trip to the fabric store, as not even I have fake fur just waiting around in my stash.  I'll admit, I was sort of disappointed in the choice.  I ended up with a black fake rabbit fur because all the others that looked sort of real also sort of looked like roadkill.  I guess maybe there are a lot more costumes involving bad dog fur than faux mink, but I had actually wanted something with longer fur/hair/whatever.  Oh well........

Following the directions I found on Pinterest, I dug out some black crepe-backed satin to use as the lining.  The people at Hancock Fabrics never cut fabric particularly straight, so I used the fur piece as a template rather than just cutting by measurements, diligently pinning the fur everywhere I could.  One of the reasons I use crepe-backed satin is because there is one side that is not slick and sliding all over the place.  This, of course, only works if the non-slippery side happens to be the one coming in to contact with something.  The satin side, especially when coming into contact with something furry, can slide all over the darn place.  First I tried the regular sewing machine, then when that failed, I tried the serger--which is wonderful for a lot of things, but the edges of the fur roll, and on a serger one can't pin all the way to the edge, so that was a fiasco.  I thought I had it finally using a walking foot, but it turns out the fur has a bit of a stretch to it--or the walking foot decided to gather the satin--either way, they were 3 inches apart at the end.  Tonight I reread the directions, and they just sound so darn simple!  I swear this should work, though at this point I'm left with only hand-sewing, and I don't have enough time between now and Friday for that, so I think just the piece of fabric will work well enough for the 15 minutes I might actually be wearing it.  So, no finished project there.

The jacket is assembled and hanging on Milo 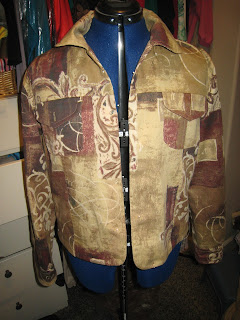 (as in Venus de), which is what I now call the dressmaker's dummy, to sort of settle before I pin the facing in place and slipstitch the collar. I found this really cuts down on the swearing--mine, not Milo's.  While that hangs almost done, 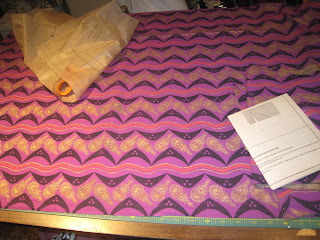 did I mention the clearance fabric that followed me home?  Andy is loving his Valentine shirt 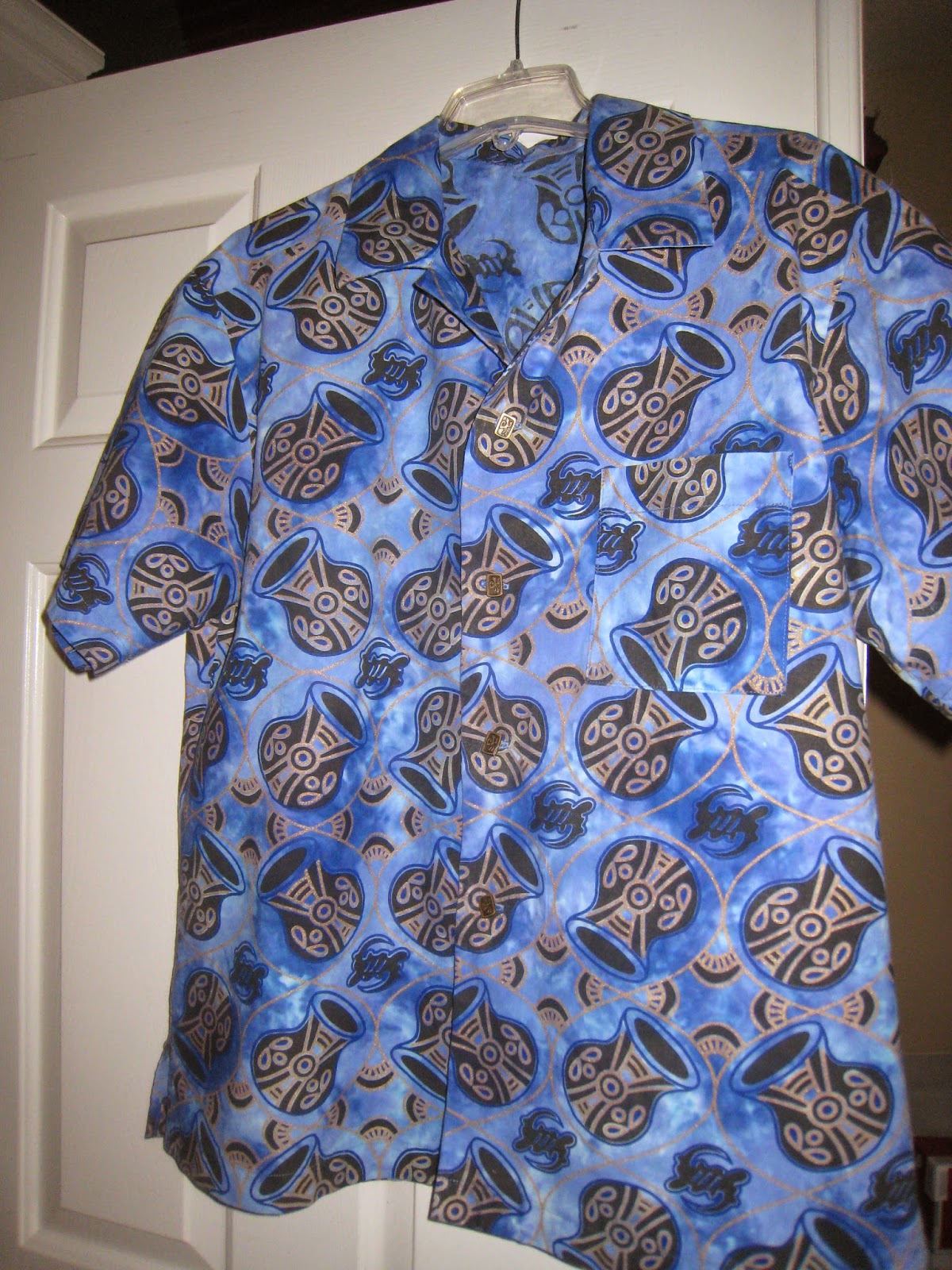 so much that I wanted to make him another, and $8.64 is a pretty good deal.  Luckily, 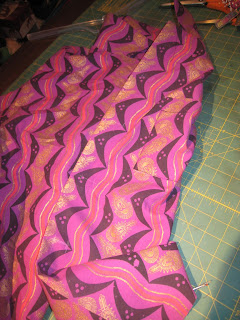 the shirt is already in progress and at least half-done, so I didn't really add anything to stash.  Not really.  And I did send Andy a picture of the print while I was still in the store to make sure He would wear it this time, so we've had a "learning opportunity" with shirts this summer.....

Because I still have some reluctance to commit fabric to project, I'm trying to keep myself with the next project ready and possibly in the cutting stage so if I can stand but not sit, I can prep.  One more round of table runners of some sort SHOULD see us through Christmas, so I've been sorting and thinking: 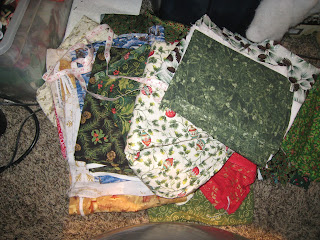 and making a complete mess.  Who ARE those people who have clean sewing rooms?  And where is their fabric????????

Not to be left out, 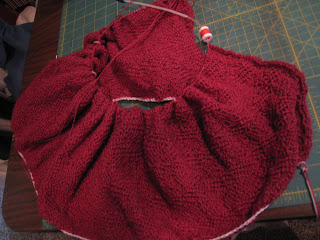