Thanks to everyone for your well-wishes.  Apparently, they worked, because I was feeling better by Wednesday.  And, I was able to put my time on Tuesday to good use--finishing a beaded scarf.  I'm blocking it with a few others today: 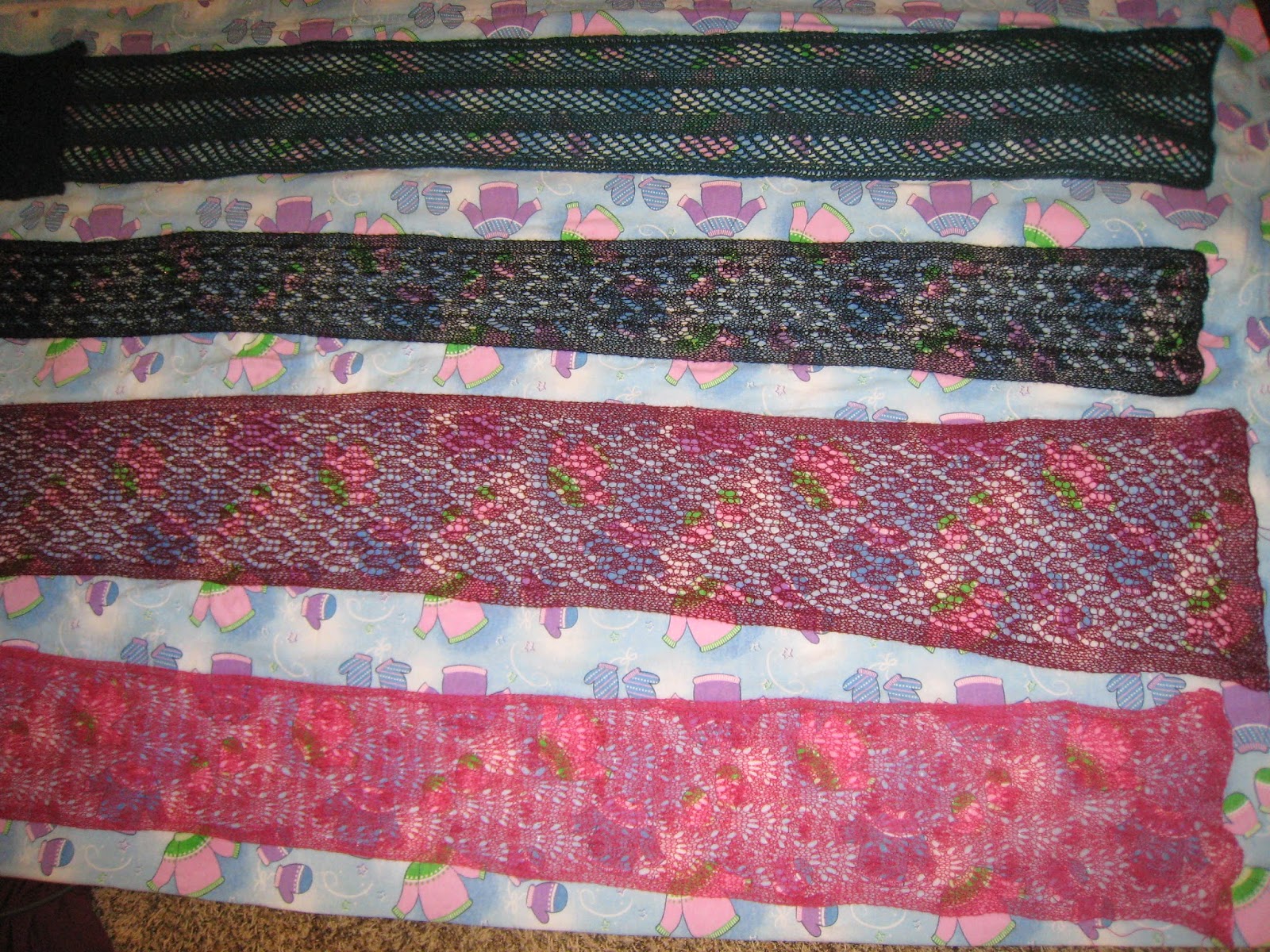 Theo is sulking because I won't let him lay on them, 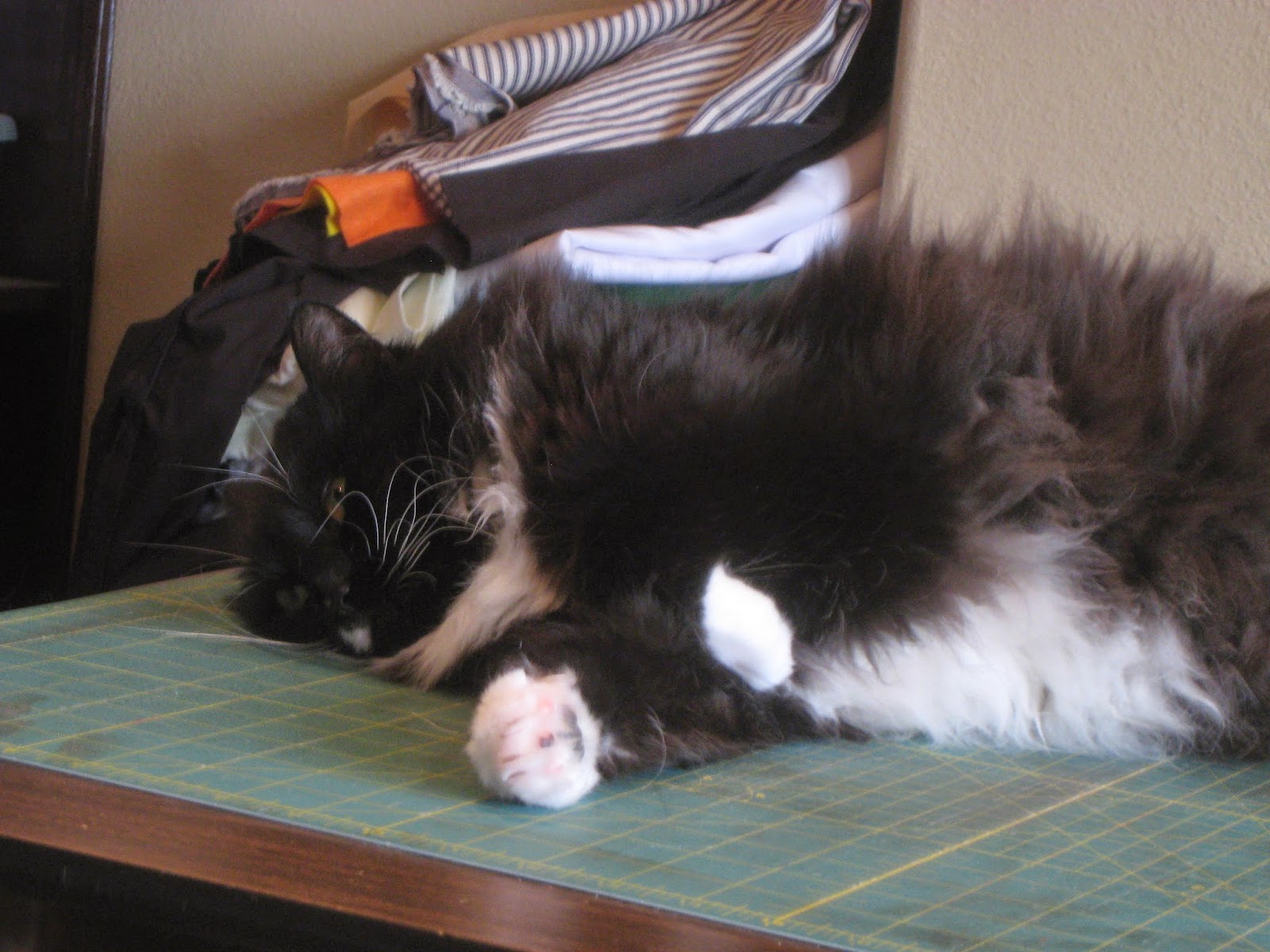 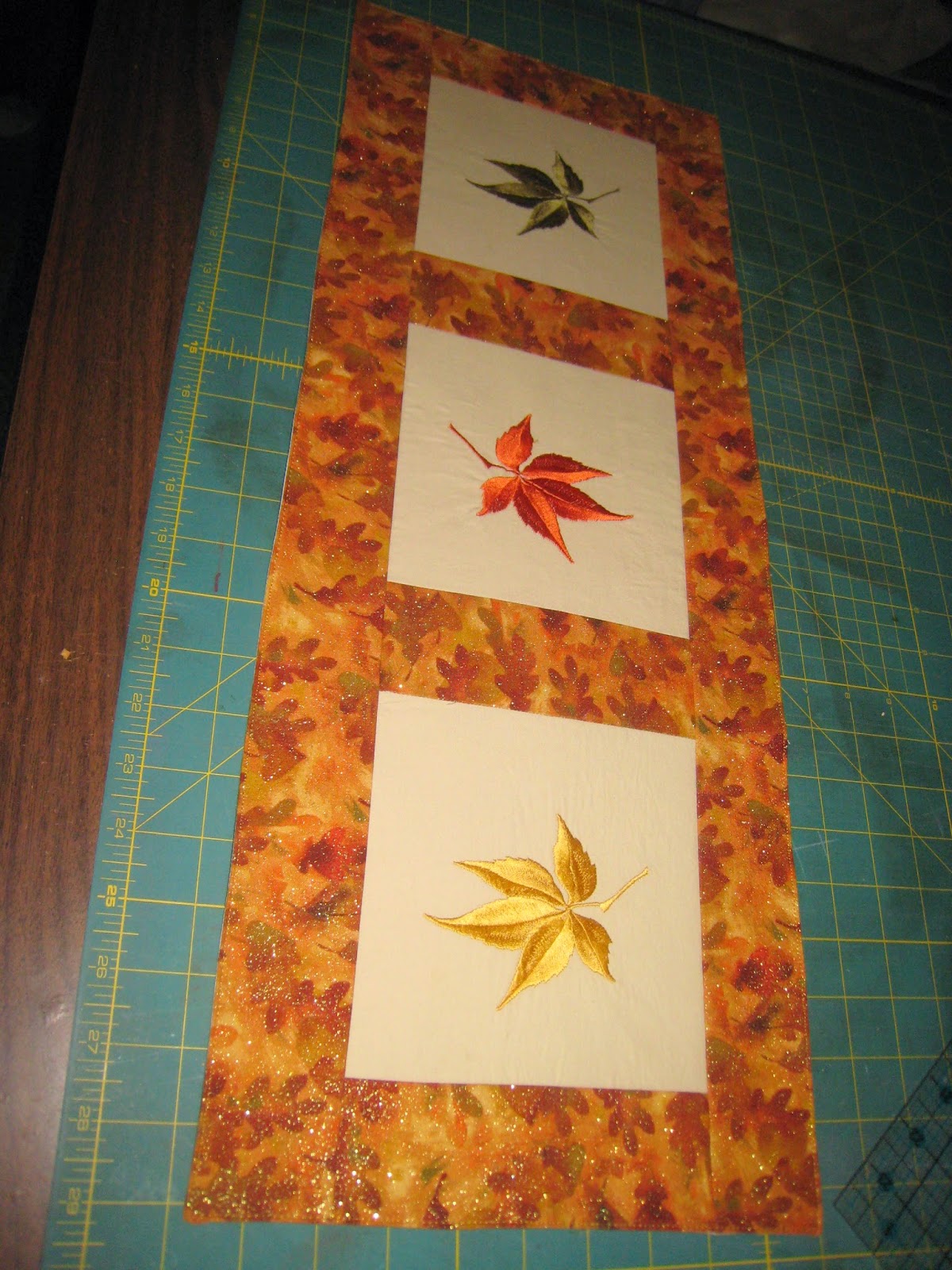 out from under him before he could fur it up.  I liked the look of the table runner as it is so much that I decided to not quilt and bind it, so I just sewed a backing on with the right sides together, turned it right side out, and then edge-stitched it with the gold thread I used for the lower leaf.  I am REALLY pleased with how it turned out--in fact, I think I need to make at least one more so we get to keep one.

The cold is hanging on, 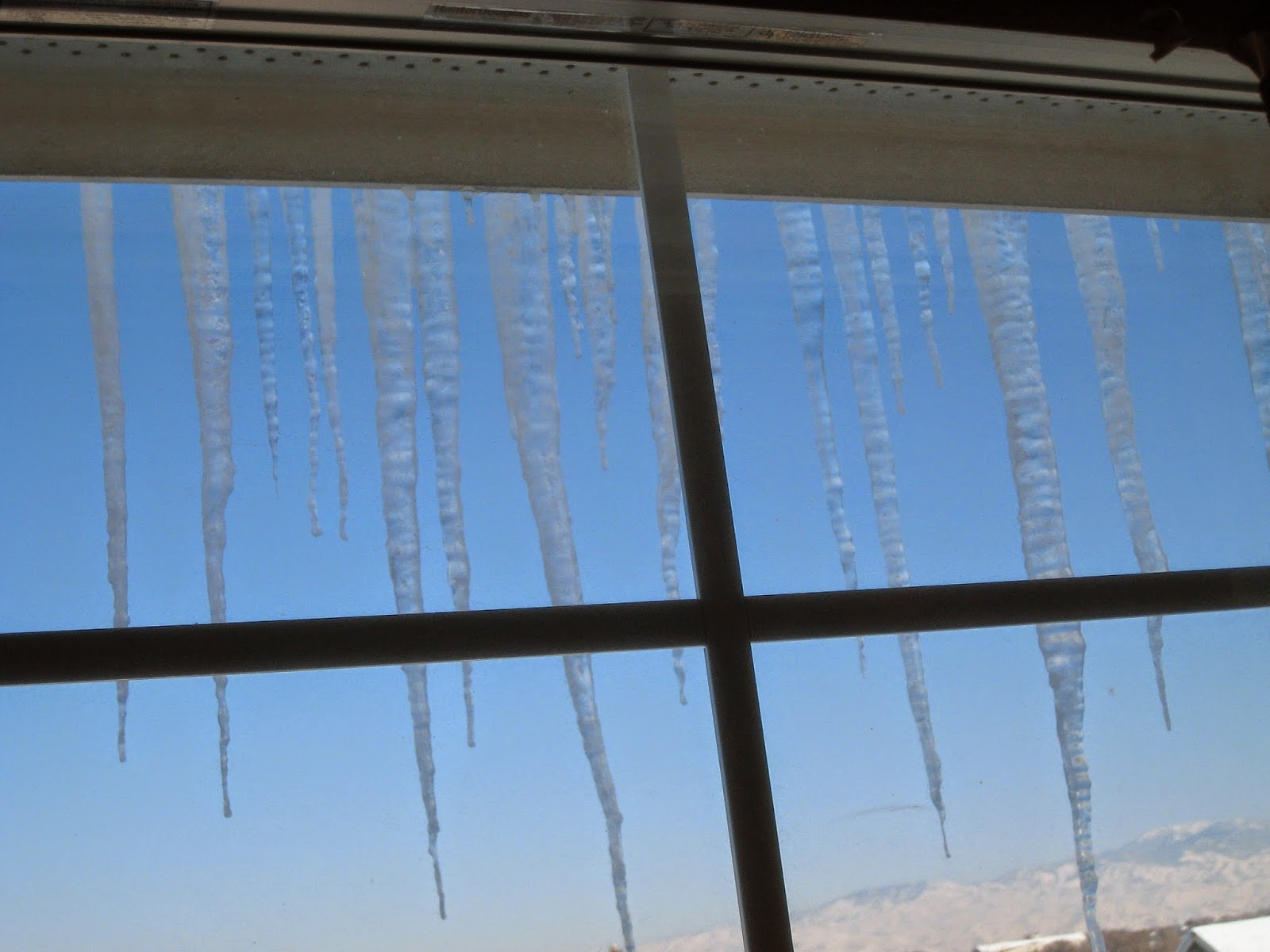 and these have been hanging off the roof for a week on the north side of the house.  I think it was finally supposed to get above freezing today, but they're predicting freezing rain tonight and more snow this weekend.  Needless to say, I haven't been walking outside at all.  I'm really disappointed in our subdivision--I'd say less than half of the homeowners bothered to shovel their sidewalks.  We live close to a junior high, and kids do walk through the neighborhood, so even if our neighbors are the sort of people who don't think about others getting hurt, they SHOULD think of how fast an insurance company could sue them for any medical bills if anyone did slip.  Our insurance has sent me letters TWICE asking who they could sue to recoup the small amount they have had to pay for me--they'd be all over someone for an injury requiring surgery.

If we are a bit house-bound this weekend, 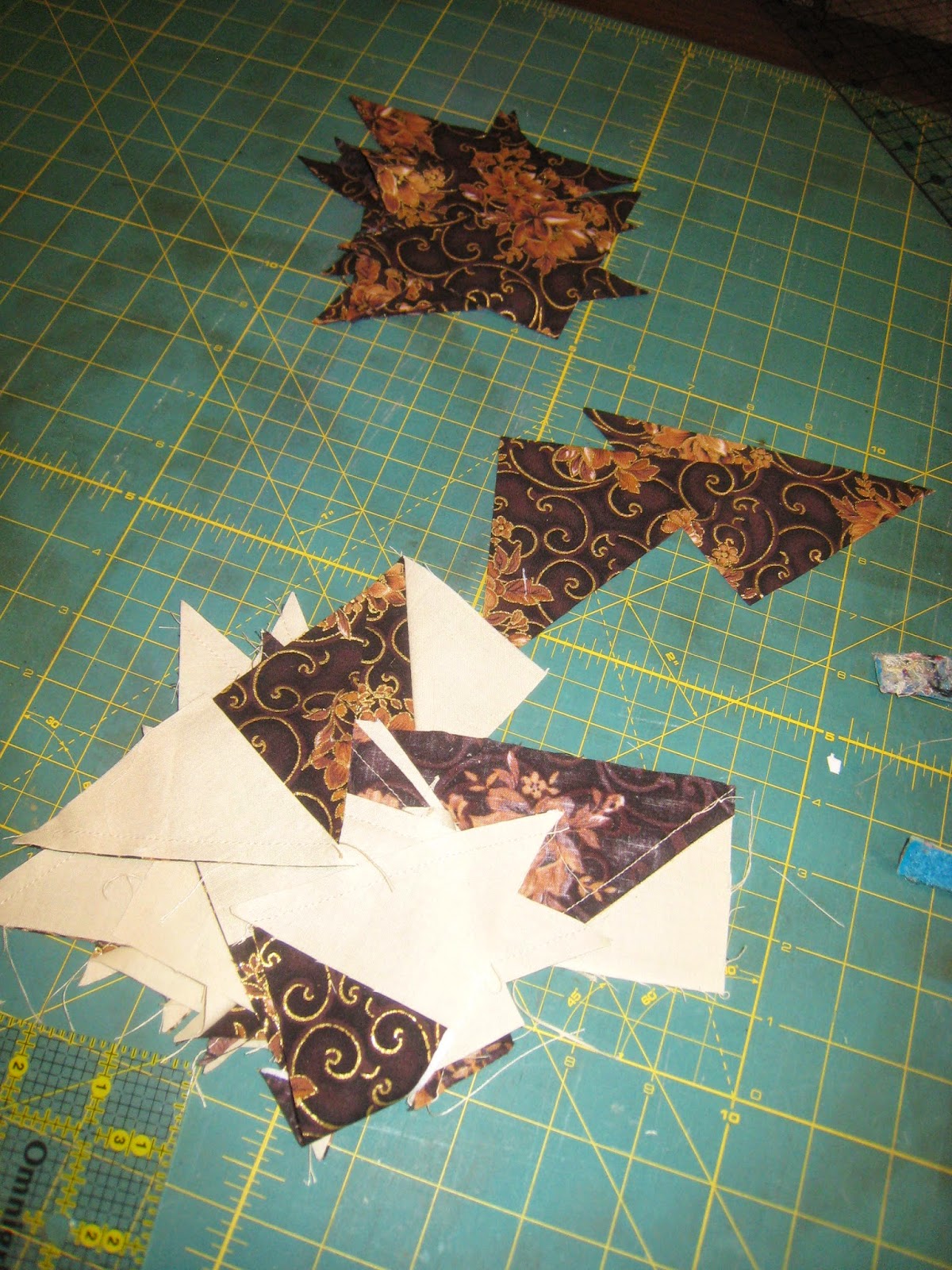 I've already got another table runner started.  And if I can get Theo off the table long enough, I could cut out a new sewing project which would give the fabric-used tally a nice little boost.  I have given up on using up 100 yards, but if I could get myself off the table runner kick, I could perhaps get to 65 yards....I wonder how much I would need to use before the sewing room would look significantly less cluttered.......Maybe some bulky yarn projects and some fleece sewing could do it..............