...and the bleeding has stopped.  Mine, not Theo's.  To be fair, in all the years we've been together and all the drugs I have given Theo, last night was the first time he scratched me, and he had had a pretty rotten day.  I mean, if someone had stuck a thermometer up my backside, I'd have been pretty crabby too, and he really wasn't feeling good and had thrown up on the carpet about an hour before, so I can't really blame him.  He wasn't even trying to hurt me--he was just trying to push the horrible bubble-gum goo away from him.  Unfortunately, one bleeds the same whether it was intentional or not.

But today we've had both doses and even a little togetherness in the sewing room, 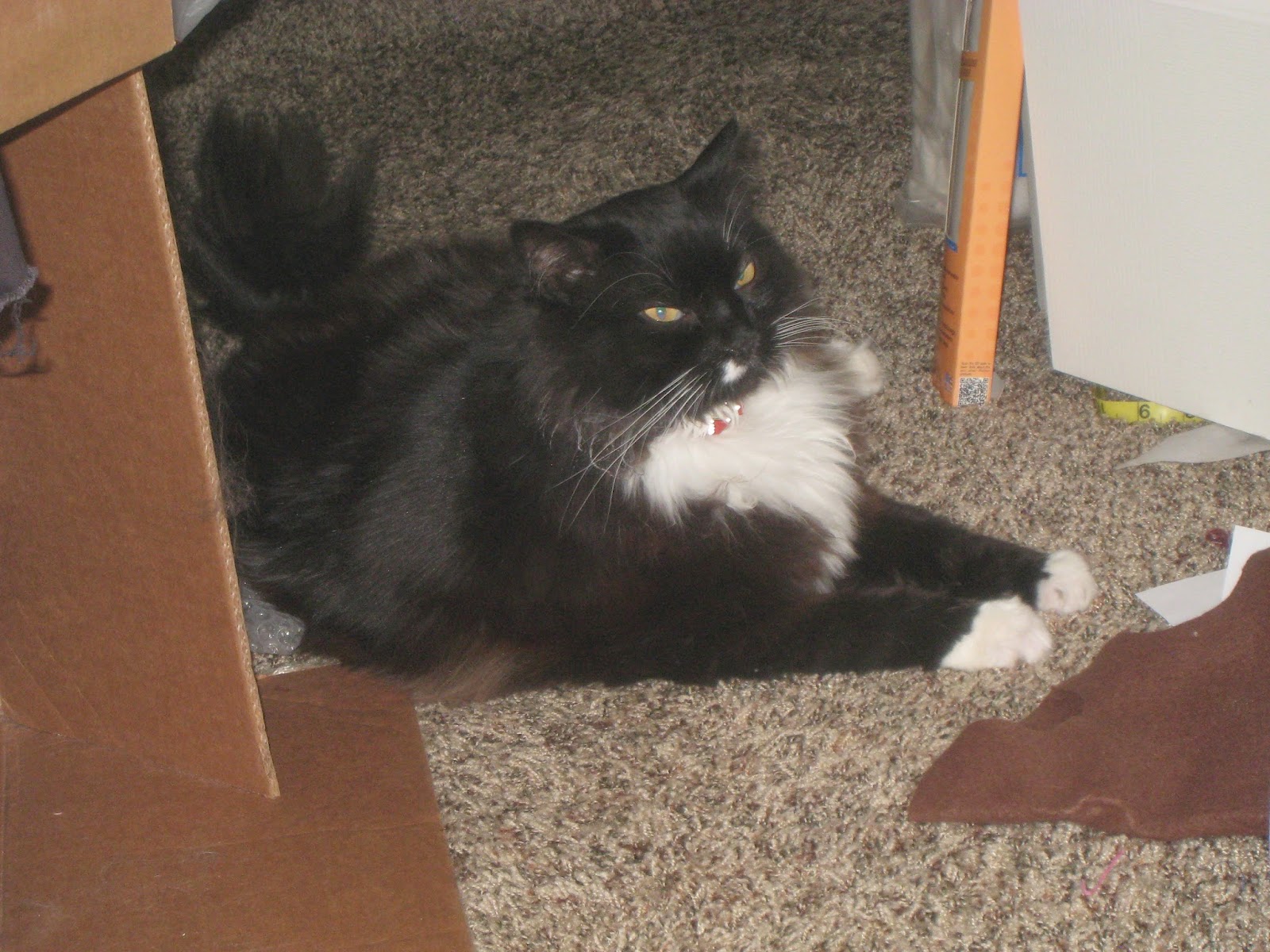 albeit, barely in the sewing room and not close enough for any petting.  One does not forgive bubble-gum flavored sticky goo being shot down one's throat THAT easily....But I did need some supervision: More quilting!  I'm doing another one with different designs on each join, and the hearts turned out surprisingly well.  There are a few others that really surprised me as well, but I'll have to photograph those during daylight I think.  It's too hard to see otherwise.  Maybe tomorrow I can bind a couple of these.

I had intended to reward myself with the new kimono ornament pattern after finishing the table runners, but after cleaning cat barf off the carpet and receiving multiple wounds in the line of pet-owner duty, 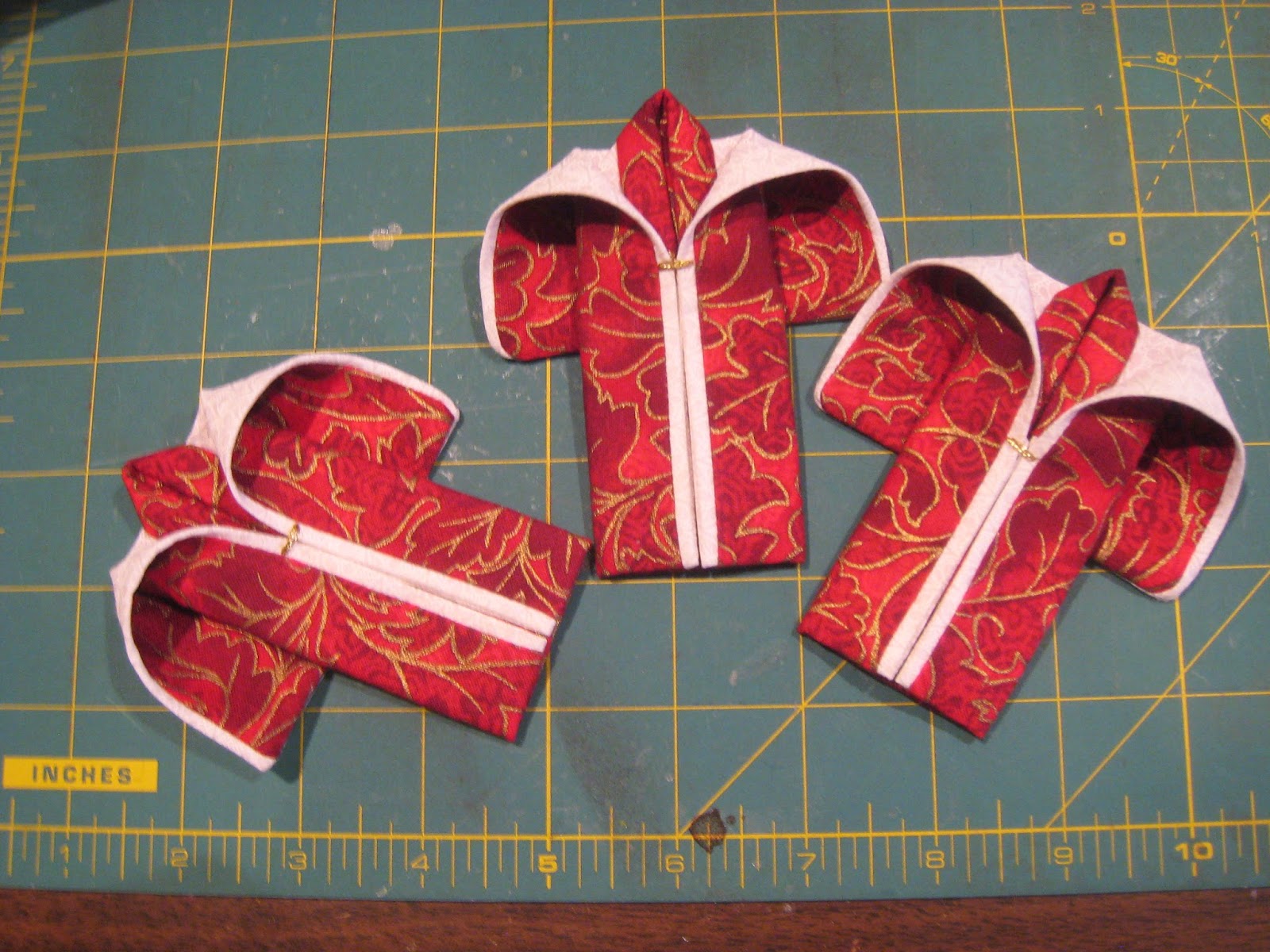 I dug them out tonight.  I know that this fabric 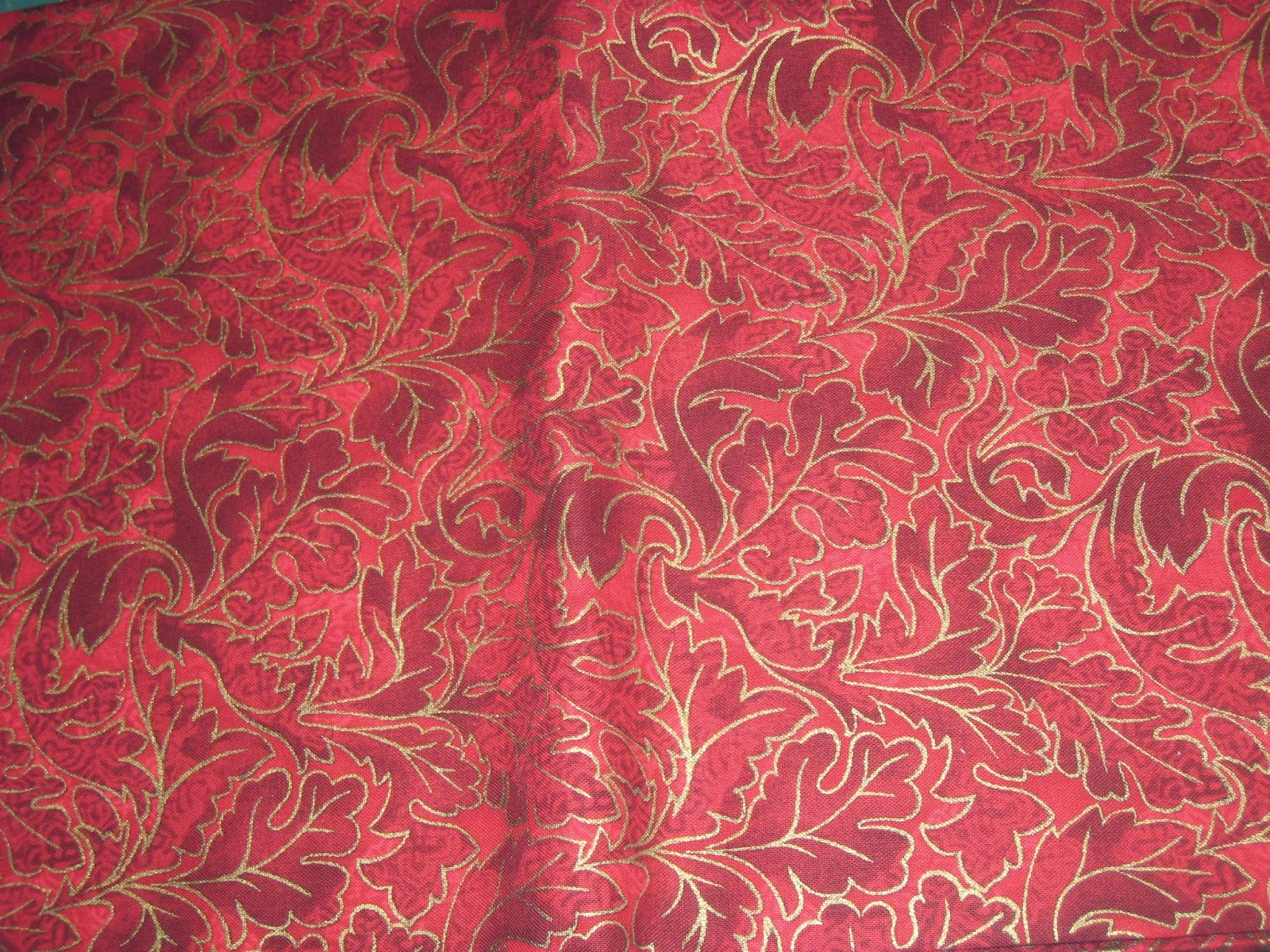 isn't at all Japanese, but I thought it hinted at it enough for the kimonos, and since they are Christmas ornaments anyway, it's not like they were going to authentic in any way.  The pattern was a tad bit confusing, and while the author just said to press folds, I ended up having to use quite a bit of fusible webbing to get these to work--and add the tiny little bit of gold embroidery thread to hold them closed.  It took a while, but I am very pleased.  One more day of Crafting Vacation left!