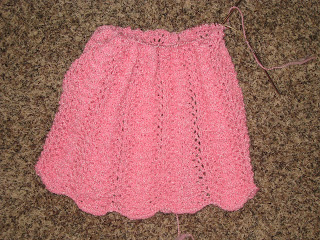 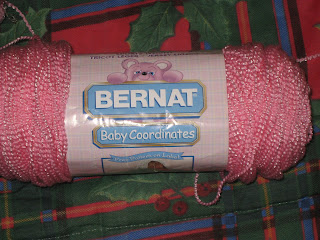 in order to finish it? Do you also remember that 10 DAYS after placing the order with Joanns.com, they finally shipped my order (after three separate attempts to contact them on my part), but without the yarn or the fusible thread because it was now out of stock? On the same day--after driving to several different stores looking for the darn stuff--I placed an order with Herrschners. On the following Monday, the 12th, I received an email from Herrschners informing me my order had been shipped, and giving me a tracking number that actually worked. Today, it arrived!!!!

And the order from Joanns.com that I placed on January 1 and was supposedly shipped before I even placed the Herrschners order???? No flipping idea--the tracking information hasn't been updated since it was shipped.

A big kudos to Herrschners, who were quite quick to answer questions and take care of an address issue for me and were generally fabulous to work with, and three big raspberries for Joanns.com!!!!