Not All Projects Are Created Equal 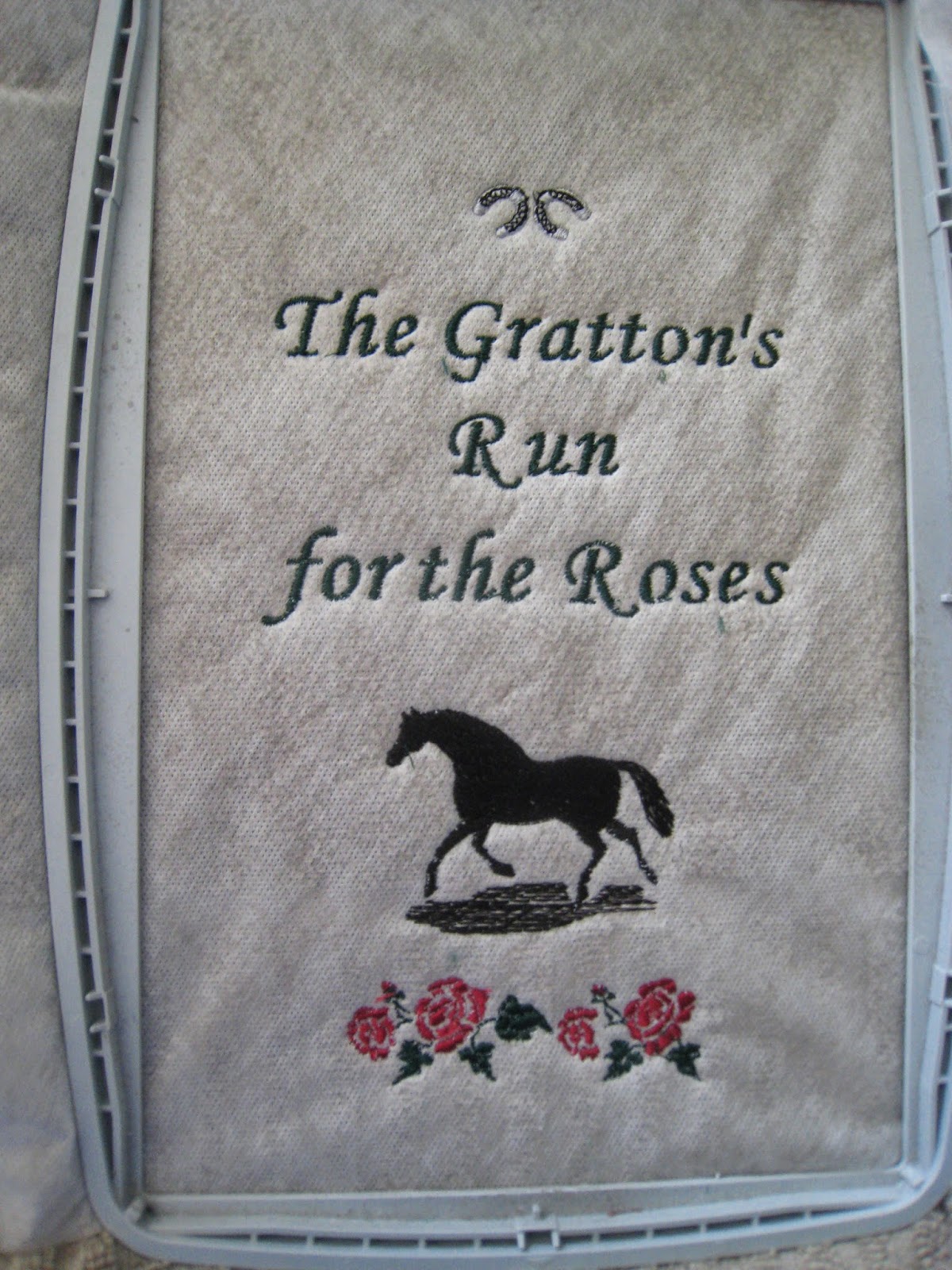 Underneath the stabilizer is a towel for some friends of ours who host a Kentucky Derby party every year.  It's a terrific party, and after last year's party, I laid this all out in the embroidery software 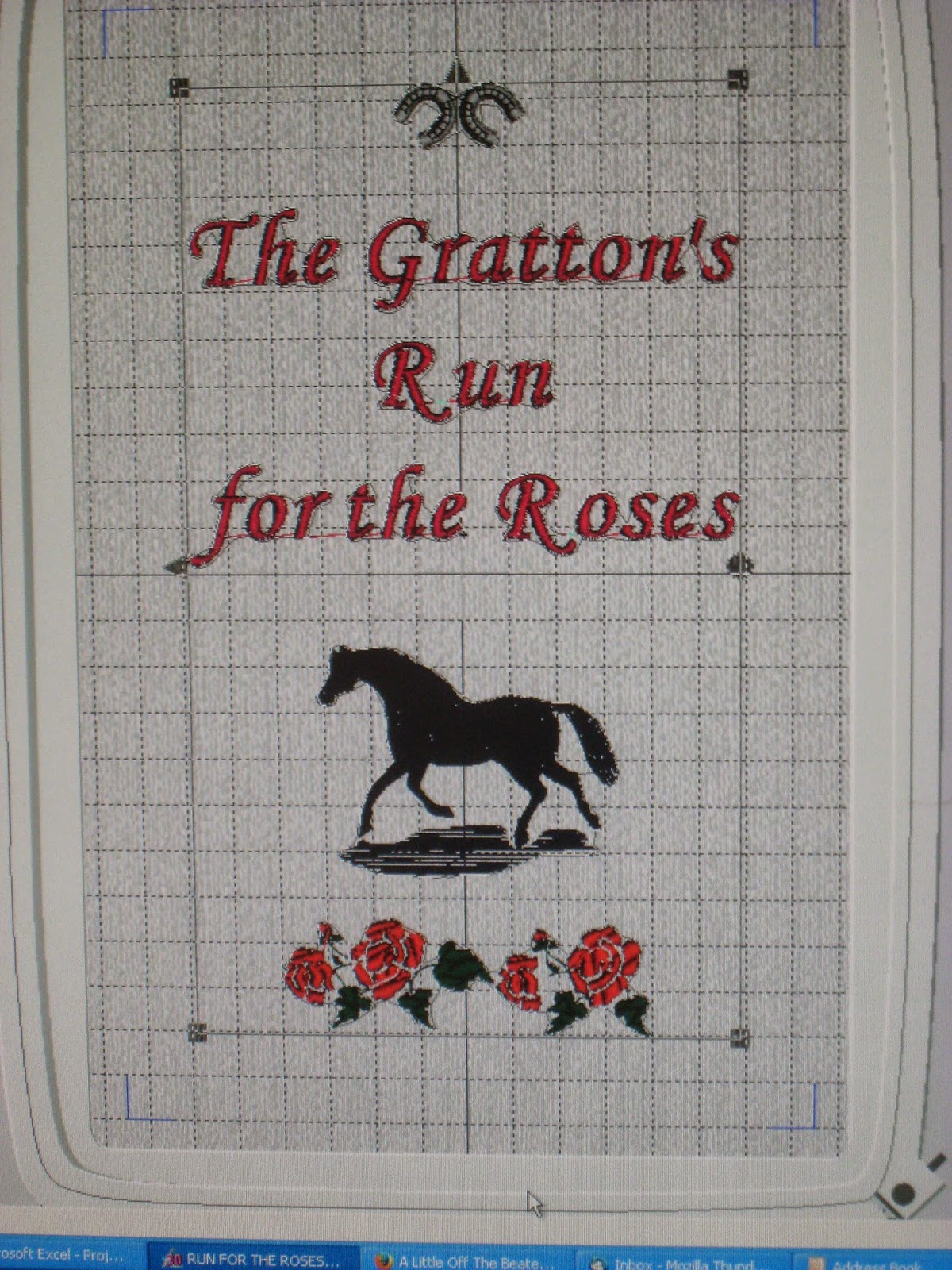 so I'd be sure to have it ready for this year's party.  This morning I did a bit of gardening--including my latest experiment: 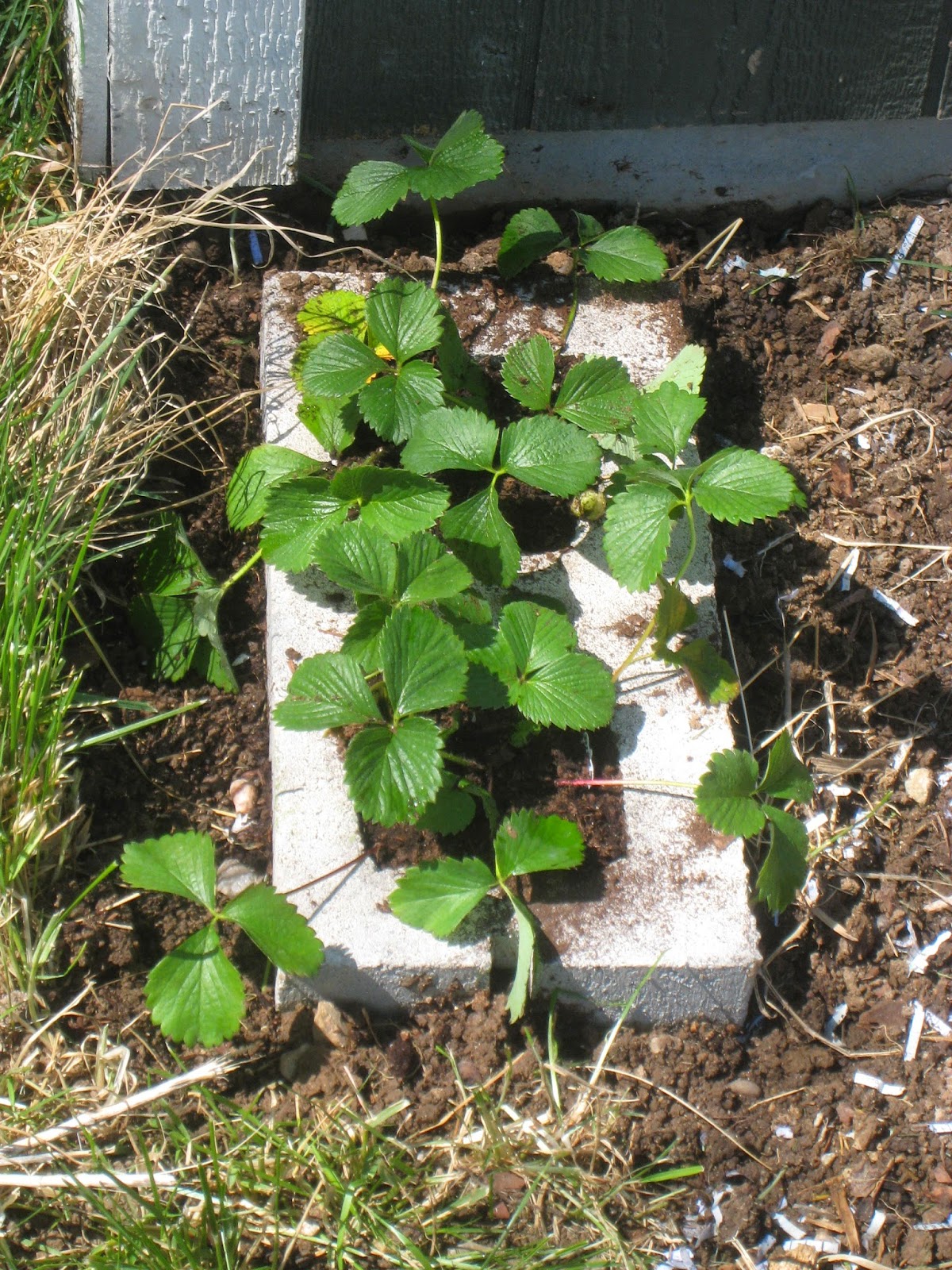 Guessing that shoveling probably counts as "a thing one should rest after doing," I thought it was the perfect time to embroider the towel as the party is in two weeks.  Double-checking the spelling of their last name, I hooped the towel, picked out the colors, and 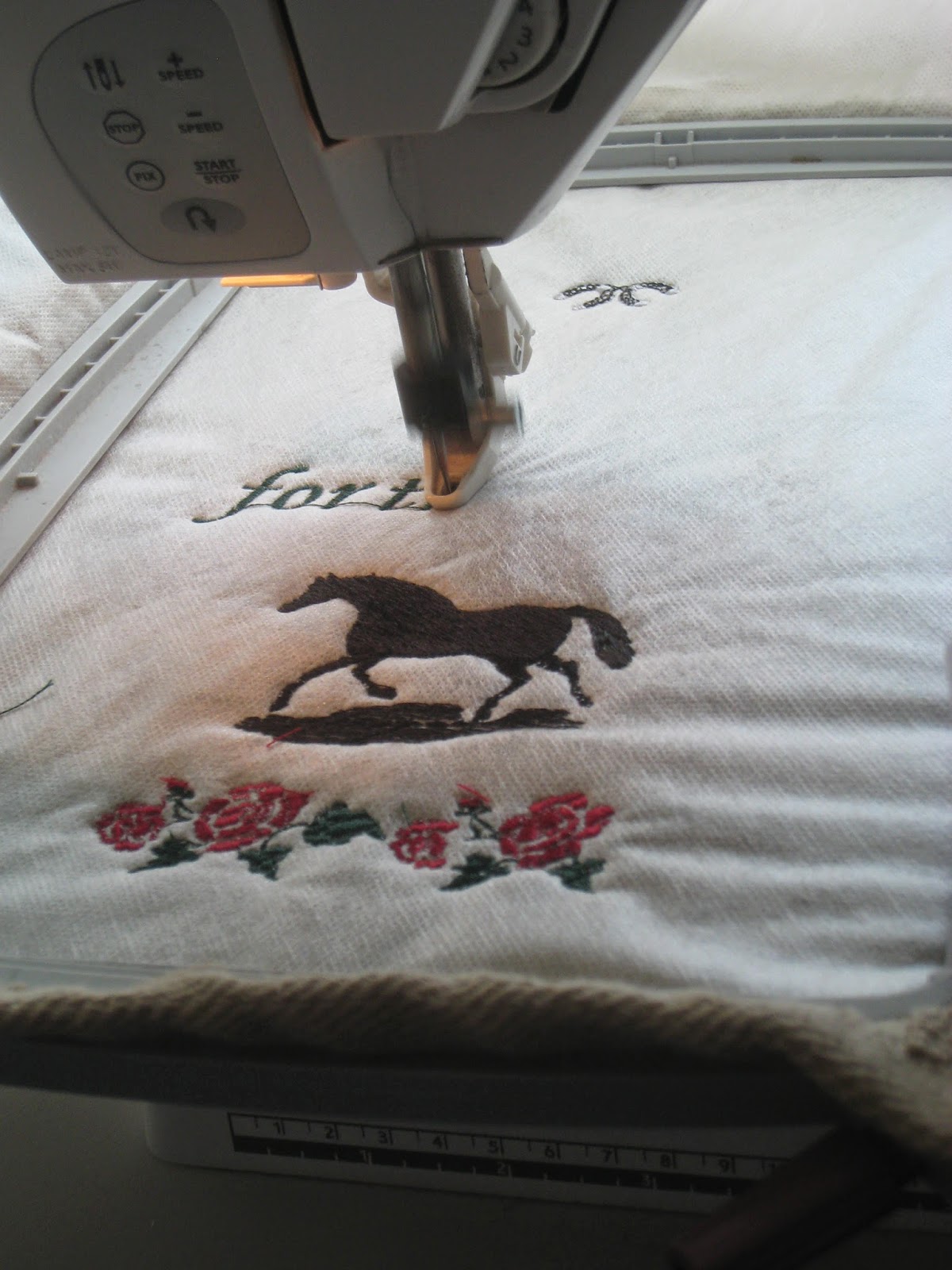 had gotten to the lettering before I noticed that I had the apostrophe in the wrong place.  DOH!  Would this be a good time to mention that my degree is IN English and that people actually pay me to proofread and edit things for them?  Yeah...I thought not.  There is just no way to correct things like this on the fly, or even to edit the design at this point, and I didn't pick up any more towels this year, so

I decided they could take turns being the host, which makes the towel technically correct.  If you didn't think I'd grasp at that really lame straw, you've obviously been reading someone else's blog.  Maybe I can  give this to them after the mint juleps have been flowing for a bit........

After such a level of brilliance, I thought it safest to move on to something involving only one letter and no punctuation: 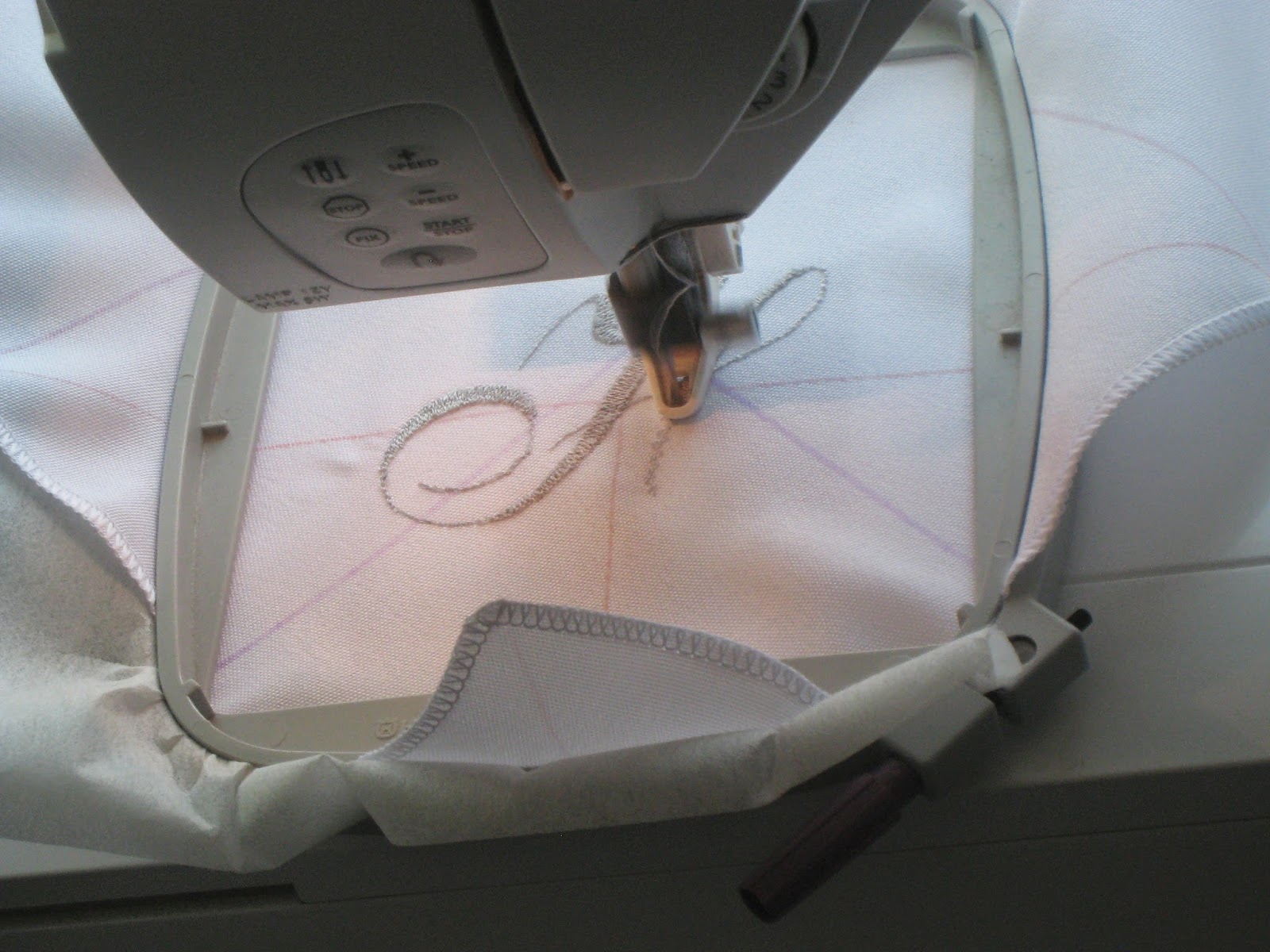 the monogrammed napkins.  I found a silver that I'm happy with, 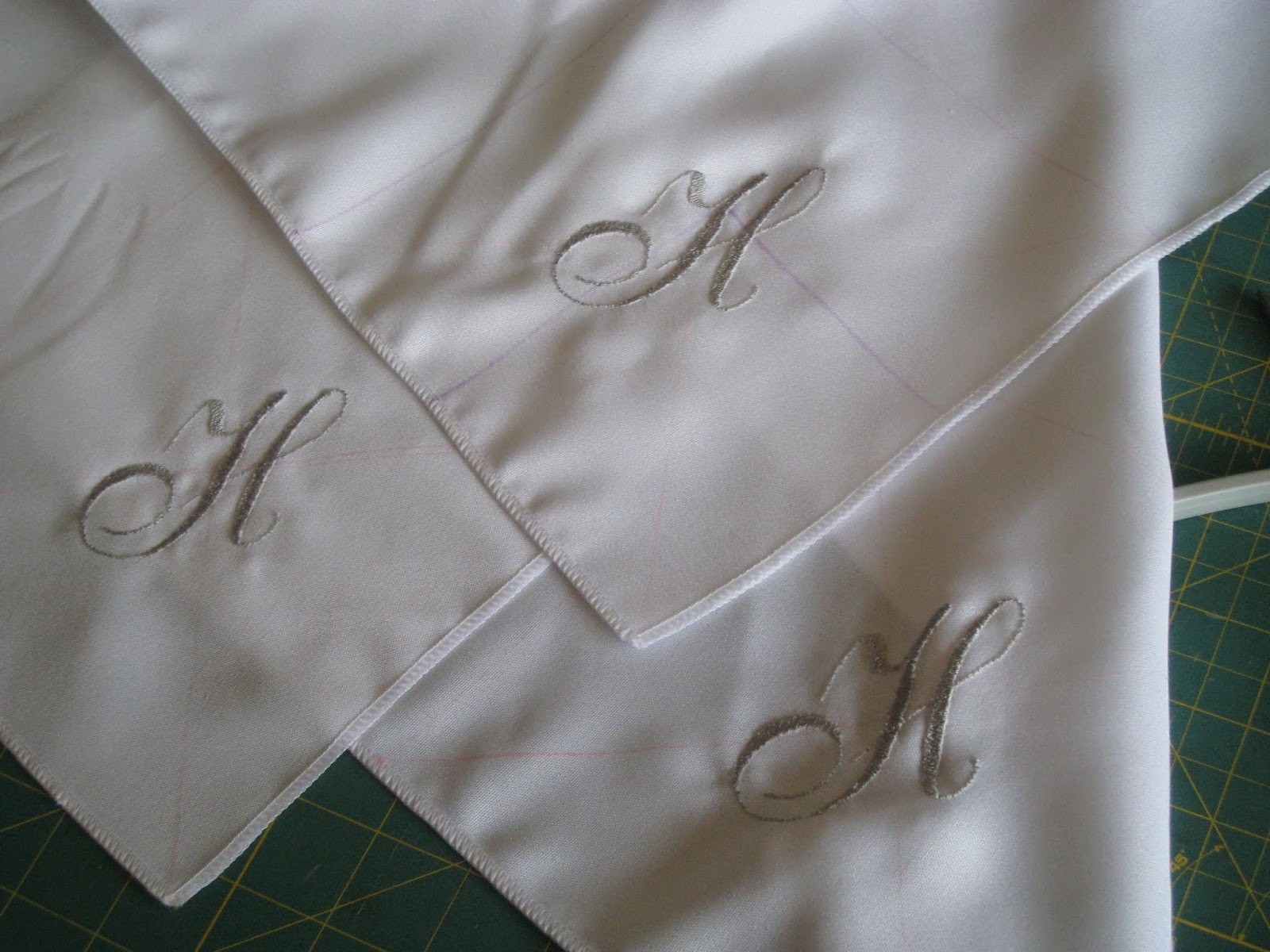 and four are already done.  I like these so much that now I'm not sure if I should stick with the original plan of 6 silver and 6 gold or just make all 12 in silver.  In their registry, they have white bath towels with a silver H embroidered on them, but in all honesty--while it is entirely possible that I just run with the wrong sort of crowd--I don't know anyone who coordinates their bathroom with their table linen.  What do you think--12 silver or 6 silver and 6 gold?