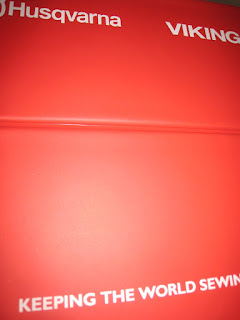 because the manual that actually came with the serger is almost completely worthless (I say almost because on a hot day, I can fan myself with it, so there is that....).  Rather than mope about the lack of Jeeves like somebody I know, 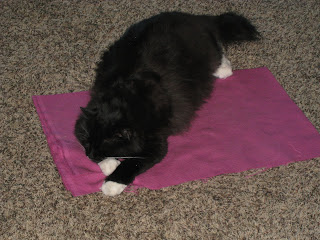 I decided it was time to actually learn to use the serger for more than 2 stitches.

I have actually taken the new serger owner class at my local dealership, where I learned (among other things) to never turn the handwheel away from me.  The instructor said she thought it was because it was hard on the machine.  Nope.  On page 5 it clearly states to always turn the handwheel TOWARD yourself because to turn the other direction will flip the threads off the take-up lever and the serger will have to be re-threaded (which will strike fear into the heart of anyone who has a serger, believe me).  Looks like I'm not the only one who didn't read the workbook.....

I also learned that these little do-dads 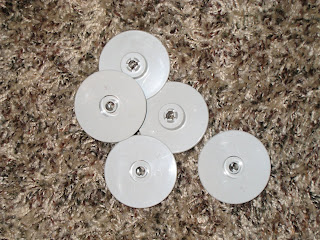 are for keeping decorative or non-cone thread on the spools and to stop them from catching on the edge of a spool.  Now THAT is good to know.  So far I had solved that problem by having decorative thread in large coffee mugs, which is only moderately effective and makes it hard to serve afternoon coffee.

I also completed 4 lessons, including this one where I learned to adjust stitch length 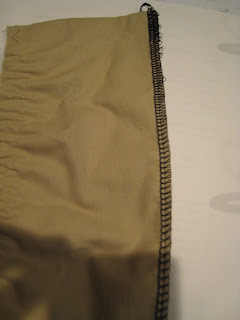 including a section where I learned what happens with one of the needles isn't threaded properly... 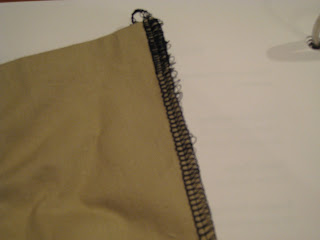 Not on purpose, but good to know.

My last lesson was on turning outside corners, which is getting better but still needs some practice.  Tomorrow I learn to turn inside corners.  Whoo hoo!

And, lest you think I was neglecting my knitting, I started here for the day 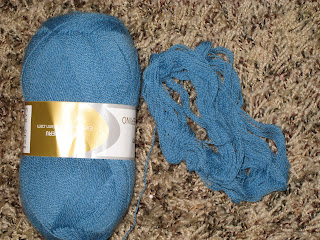 and have now joined that second ball of yarn to the Pi shawl.  1 ball & 600 more yards used up from the stash!  Sadly, I think this means I'm only about half done as my last Pi shawl took about 1400 yards, but at least I'm on the downhill side at least!  Some days, I will grasp at anything!