I have my Great Decisions group this afternoon, and I could drop by Joanns on the way there to see if they have any more of these: 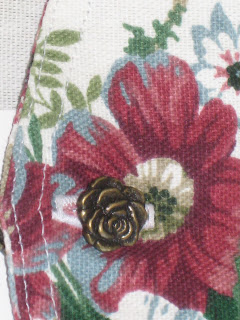 which are the buttons I used on the floral jacket that I lost and the ones I wanted to use on the replacement.  They are fussy buttons that cannot be washed, which is the sort of button I am likely to end up having a dozen of.  But, no. And there isn't a chance that I have them stashed away somewhere because my button stash is one of the few things that is REALLY organized.  These 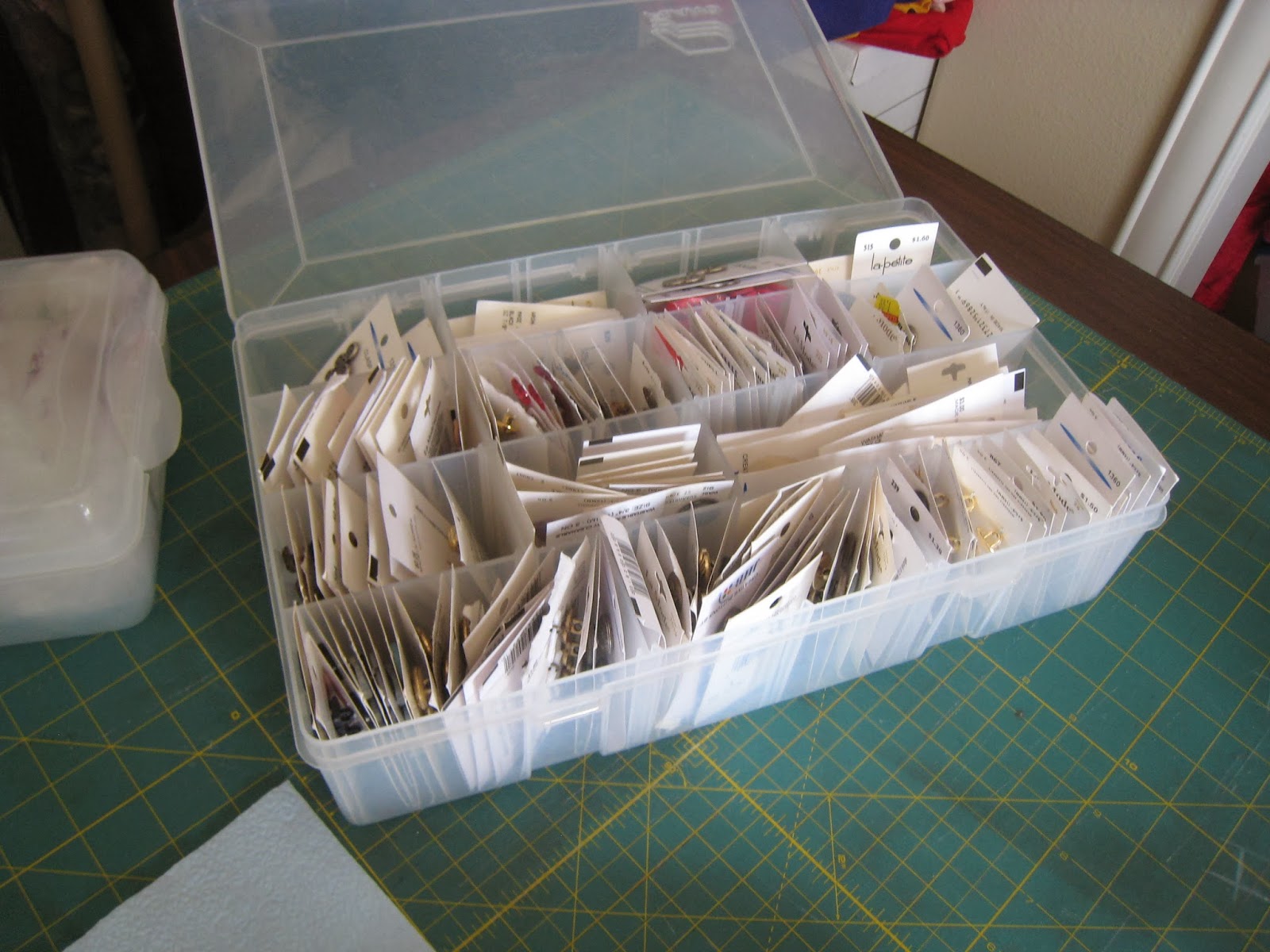 are the normal buttons.  (Children's buttons have their own box)  They are sorted by size and are all machine washable.  I tried buying them with projects, but the buttons I think will work in the store never really do at home, so I switched to buying them when they're on sale and then sorting through to find what I like when the project is done.  Then there is the little box, 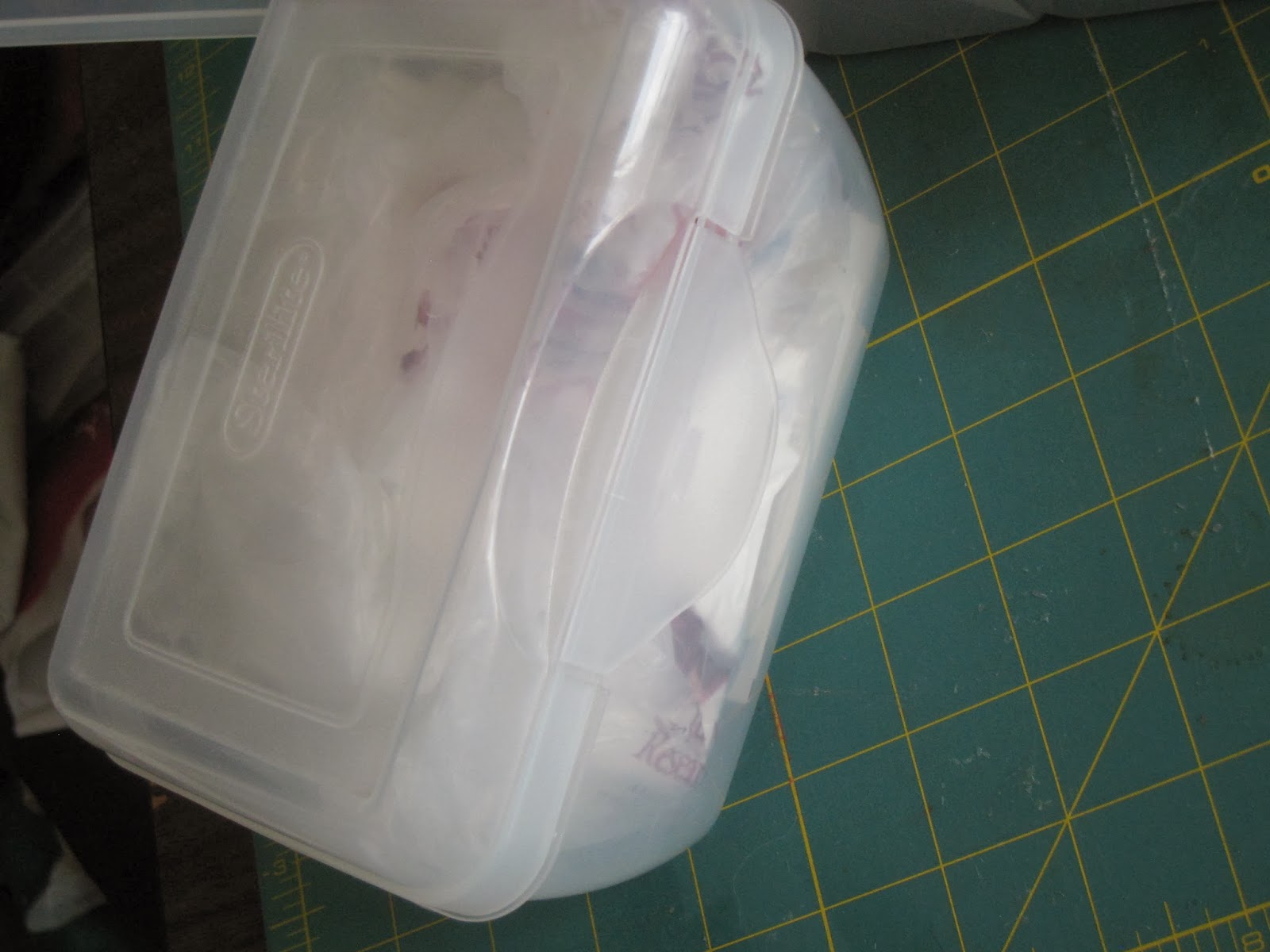 which contains buttons that are hand-wash only or that cannot be washed or dry cleaned, which were obviously purchased by mistake and are destined for ornaments or something.  There aren't buttons anywhere else, which is sort of a nice feeling in my sewing room.  Something is organized!!!!!  Doesn't make up for having to brave Joann Fabrics, but being able to wear the jacket might. 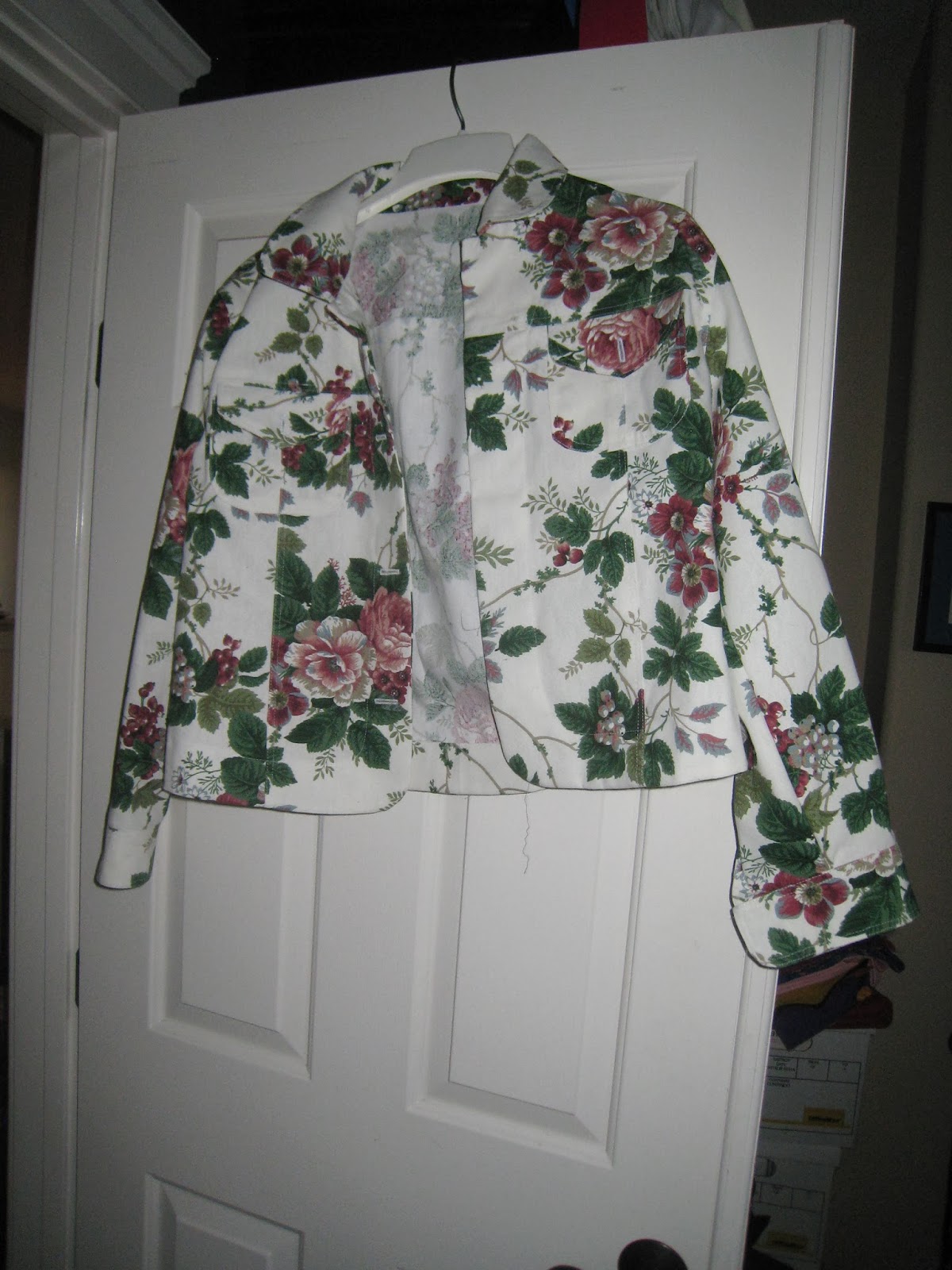 I also have a second finished object, 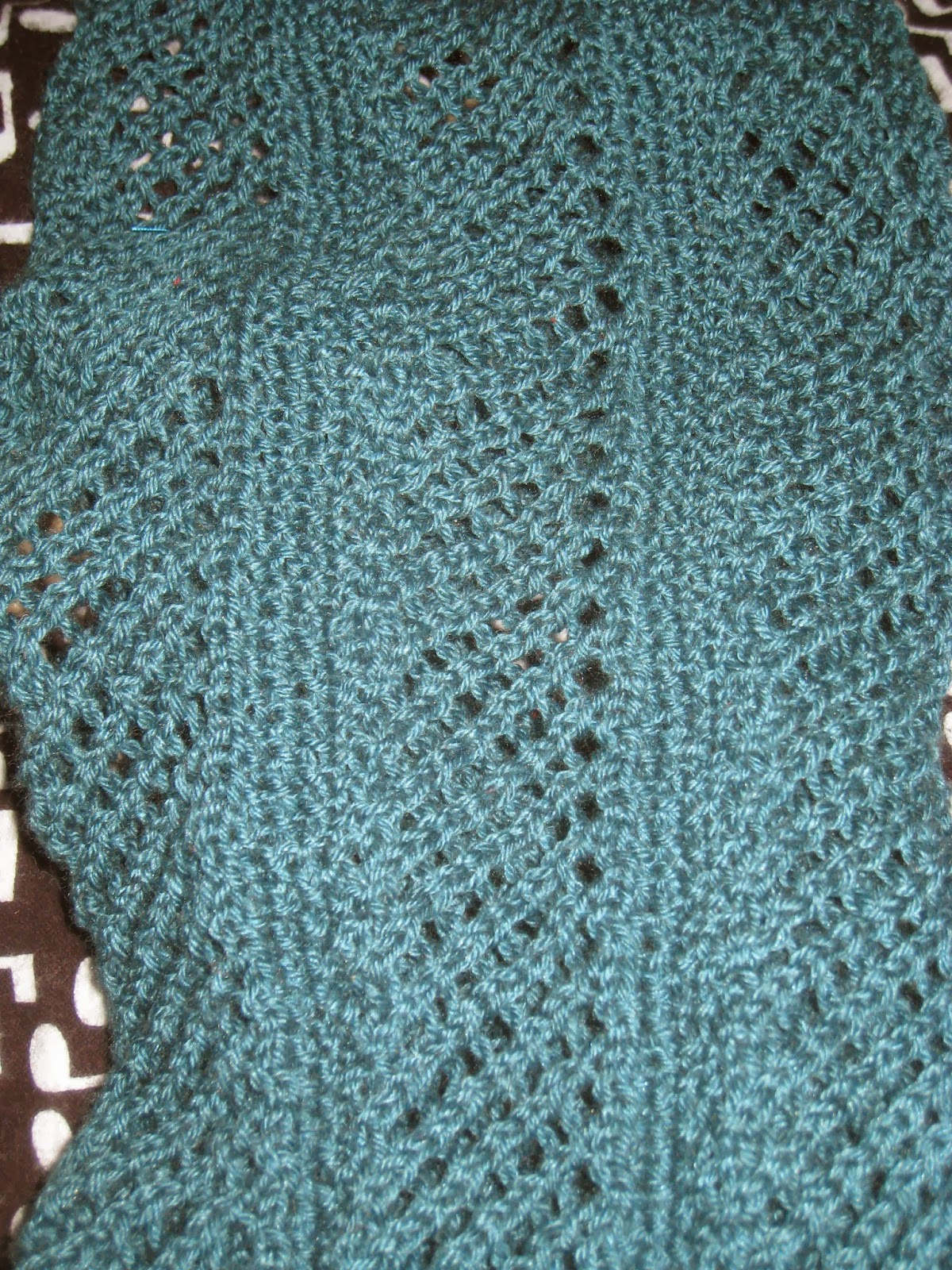 courtesy of getting too carried away with my PT exercises on Sunday.  A day on the heating pad is sort of easier to take if one has caused it by overdoing by exercising rather than overdoing by just being UP, but still not the day I had in mind.  But getting a scarf out of it helps. 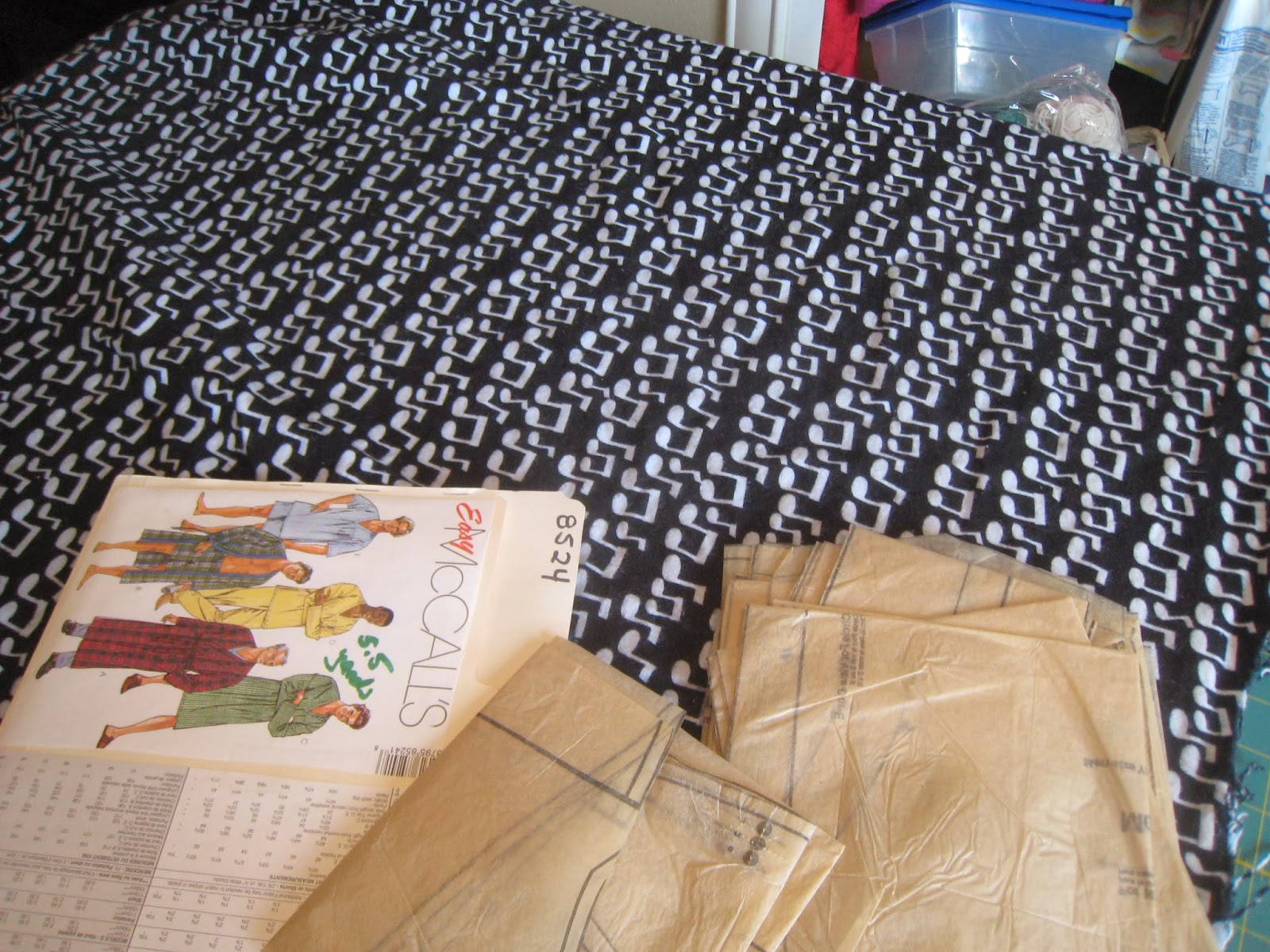 and THIS time I double checked my math AND am starting with the sleeves: 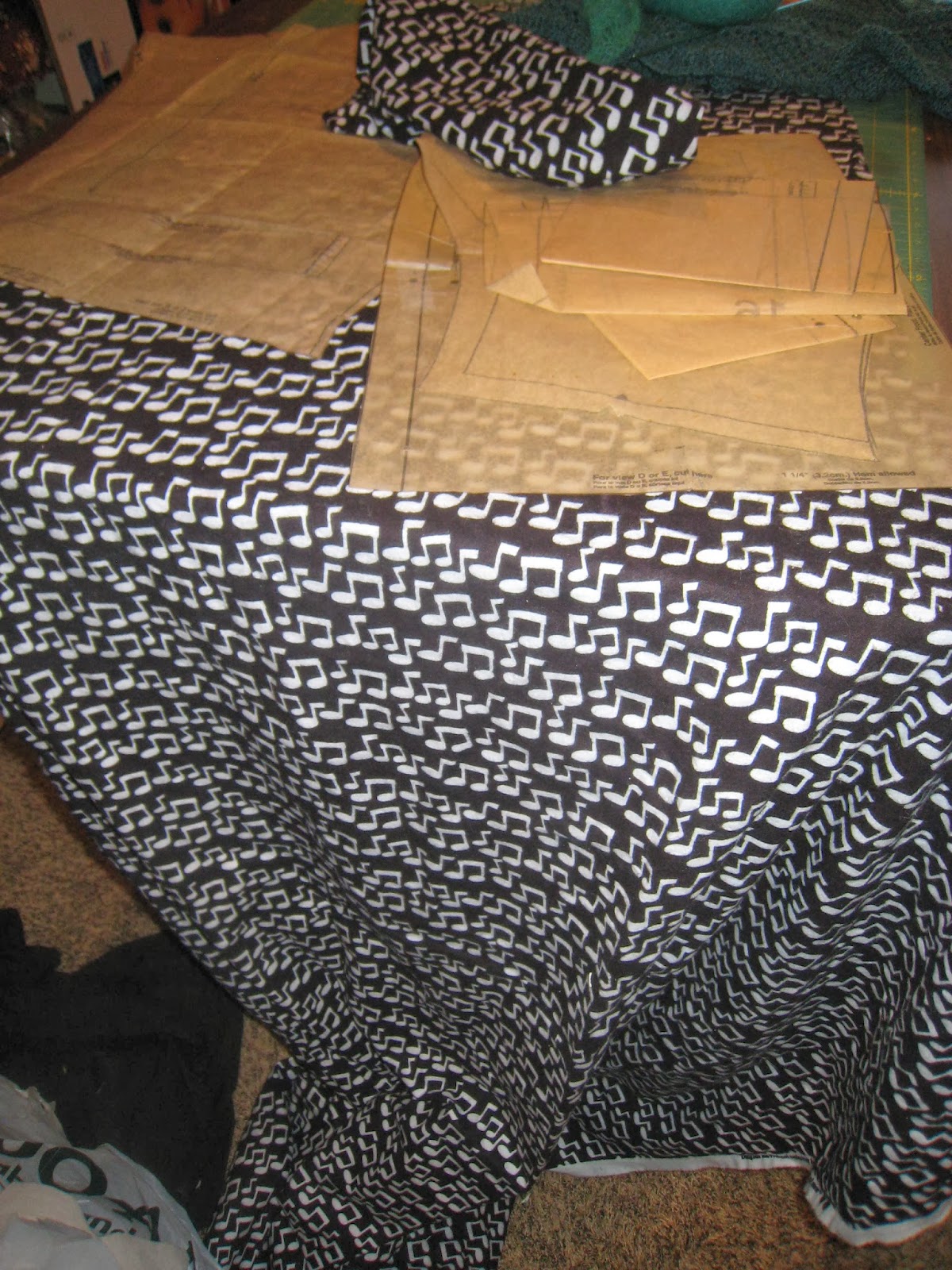 which are cut out flat.  With a pattern this wild, that's probably a good thing, since I can be sure that all the music notes will be going the same direction--another mistake I've managed in the past.  Since I can't seem to learn anything in sewing without first making the mistake, I suppose I should be very thankful that skydiving or hang-gliding has never appealed to me, but I would still like to learn to avoid mistakes in the first place. 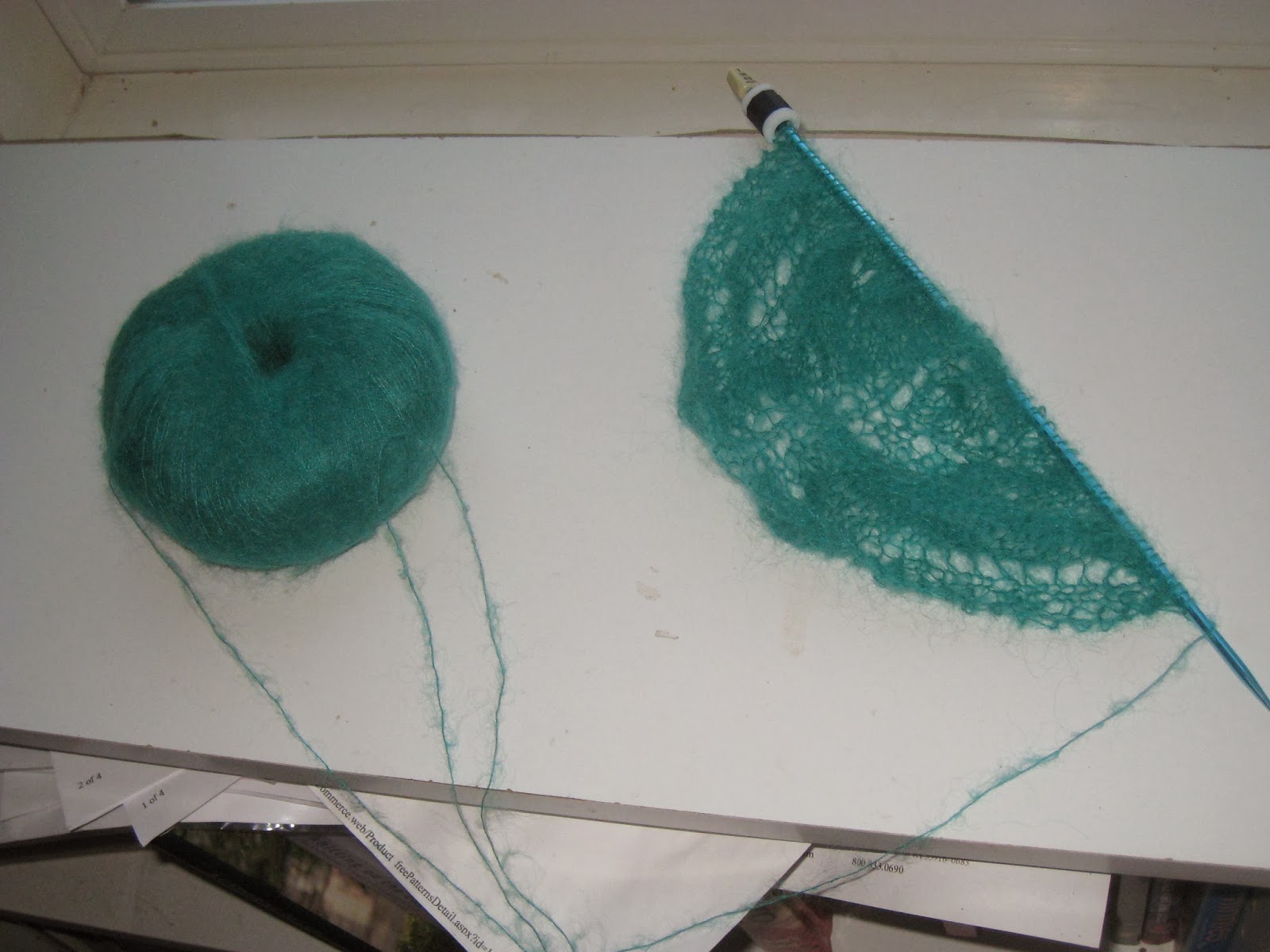 the wedding shower shawl has now been started, and I had to tink 5 rows of mohair yesterday.  I really, really love mohair, though there is nothing more annoying to knit with.  I had put it off to continue with my existing WIPs because the original wedding date was set for fall of 2015.  Imagine our surprise when the wedding was moved up to June of THIS year.  Oops.  I think we can rule out having a finished shawl for the shower, but I can probably manage a nice I.O.U.  There probably are knitters who can manage a knitting marathon in mohair, but I m not one of them.  So far I can manage about 8 rows without whimpering, but as the shawl grows and the number of stitches increases, I'm guessing that number will go down. Had I simply cast on when they announced their engagement, I could have maybe made it..............

Glad to see those wonderful procrastination habits I worked so hard to perfect in college are still with me.  :)