I am sort of tempted to tell you that I cleaned the sewing room today, but since that seems to imply that either the sewing room should look at least somewhat cleaner OR, as is usually the case in my world, that I have just misplaced a bunch of things that I will spend hours looking for in about 6 months, that would (hopefully) be inaccurate.  Maybe the appropriate thing to say is that I have achieved a new level of personal growth, because I am donating crafting books and magazines to the library.

When you have recovered from the shock, let me say that it started with this: 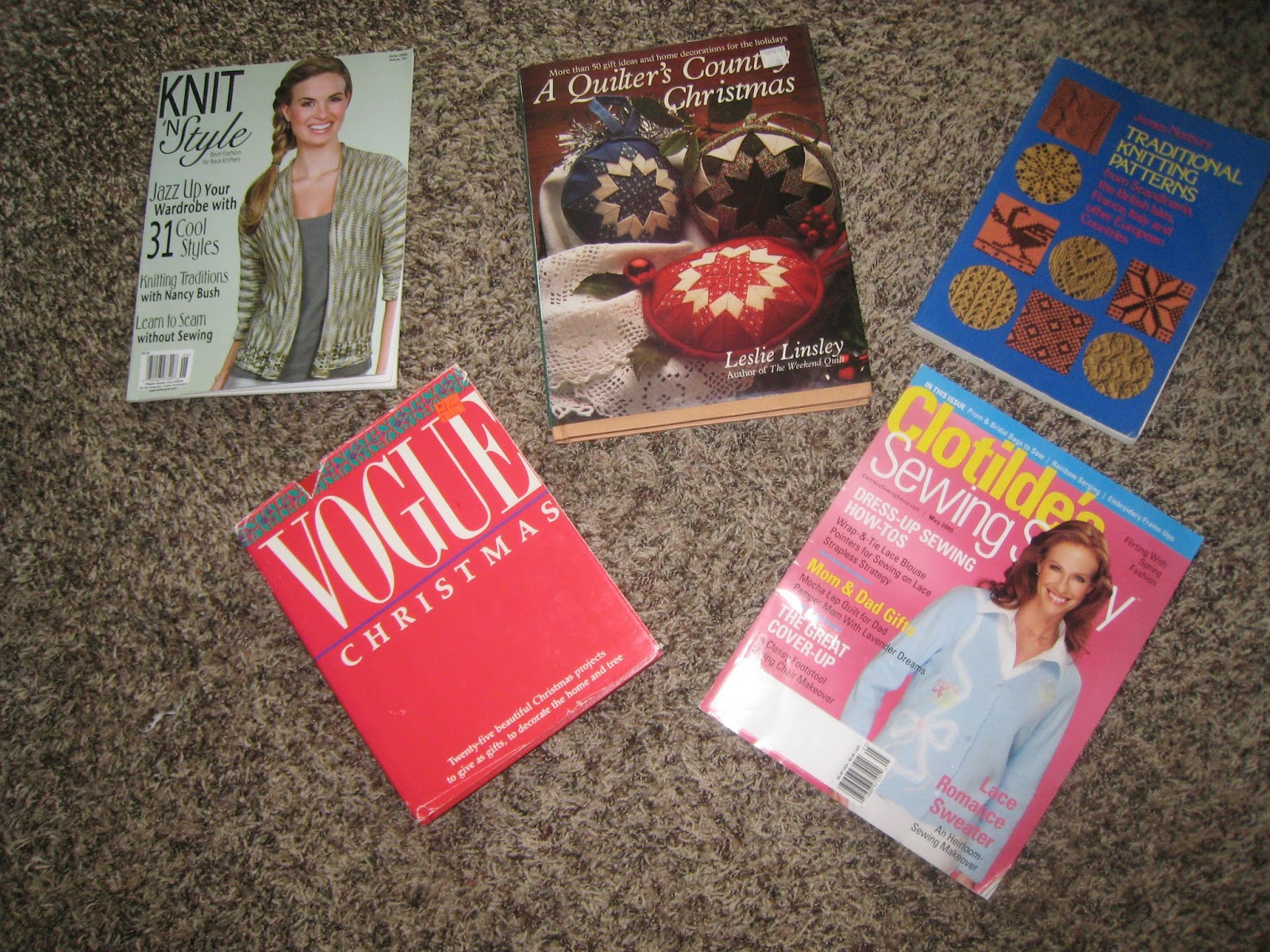 I had gone into the sewing room to look for a book, and ran across the Christmas quilting book, which is the misguided source of the disastrous folded-ornament attempt to make the ornaments on the cover of the book.  I am generally a very big fan of books and usually find them quite friendly, but there are a few bad apples in every society, and this one insists on taunting me with the cover picture that in no way actually matches the written instructions for that project.  Lest it corrupt any of the other sewing books into such devious behavior, I thought it time for the willful miscreant to find a new home.

It's very hard for me to part with books in general, but especially crafting books, so feeling invigorated by the decision to donate one, I found found a couple more books and two magazines that I just wasn't interested in any longer.

THEN things got interesting.  Many years ago, I had subscribed to Threads magazine.  It is a wonderful magazine, and though it was perhaps (and still is in some cases) way over my head, I always enjoyed reading it.  However, after a few years I decided to stop my subscription and just reread the issues I already had whenever I got the urge.  And seven years later, it hasn't happened.  So, in an act of maturity that I must have borrowed from someone else, I decided to donate them ALL.  And on a high from that: 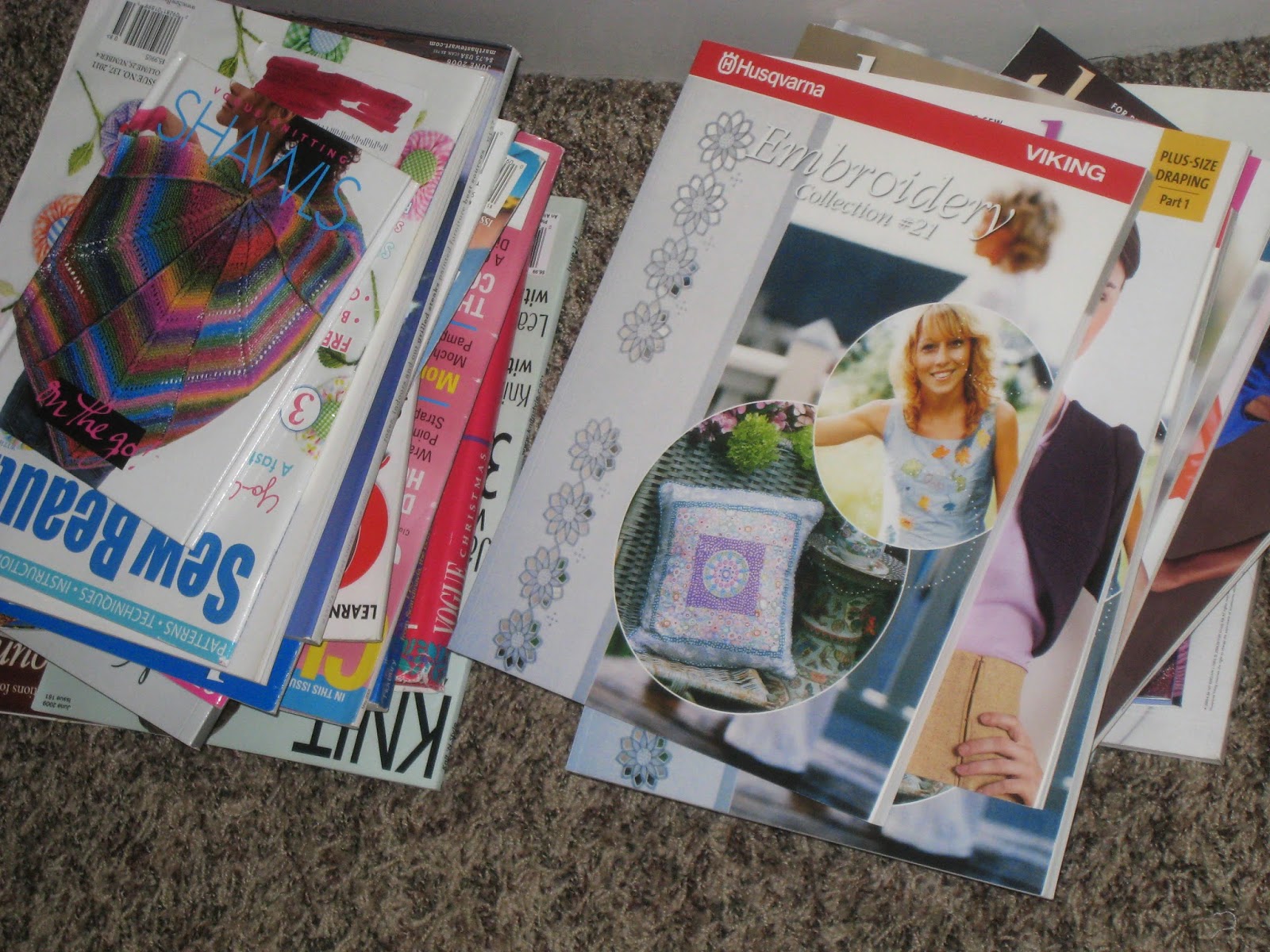 I went a little declutter crazy!  Or sane, depending on how you want to look at it.  If these had all come from the same place, I would actually have an entirely empty shelf to show for my efforts.  I don't, of course, but it's STILL very exciting.

For the last couple months, I have been trying to sort through all the non-crafting bookshelves in the house, and after today's purge 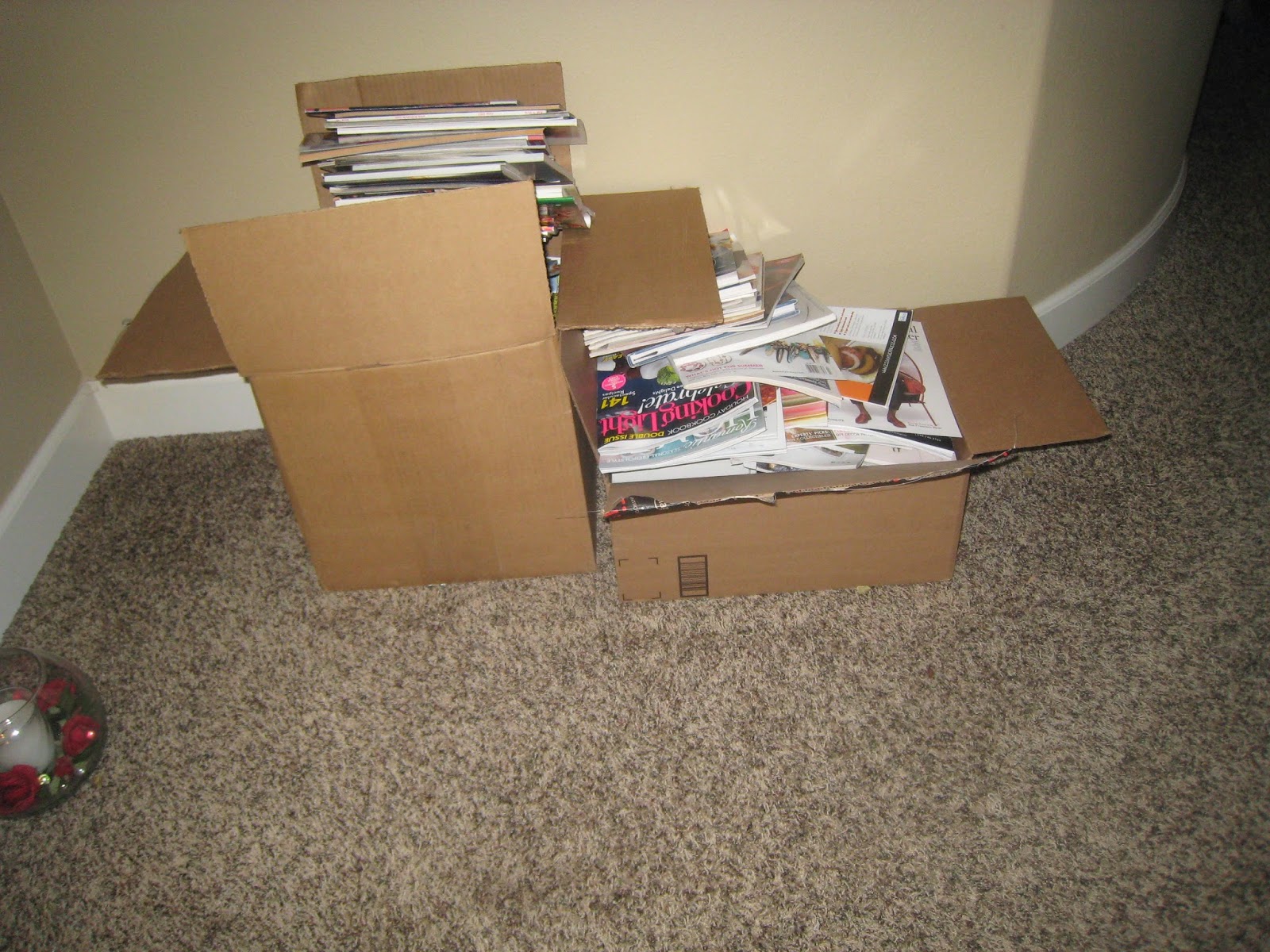 I'm going to need a third box.  A third box!  I was on a roll!  I was at least flirting with moderation--right until this newly-found moderate inner voice had the nerve to think, "Wow, you know I really already have a lot of sweaters....." at which point we ceased all communications and have gone our separate ways.  Some people always have to take everything just a little bit too far...........