Finishing Friday, And A Finished Object!

Really, how many times has that actually happened for me?

Remember the October Project of the Month? 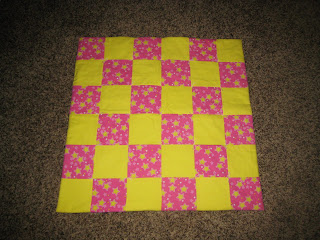 Ta-da!!!!  A simple little blanket, and my first ever tied quilt 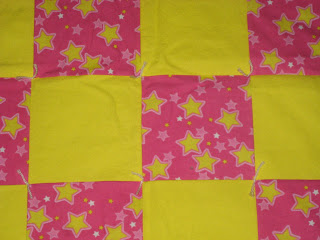 because in general I don't really like tied quilts, but on the second-to-last day of the month, I can learn to be flexible...... 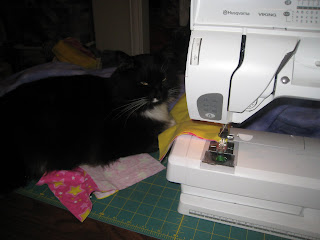 I will never understand how the cats can be positive that the vacuum cleaner equals certain death, but they are both completely unafraid of the noise of the sewing machine.  Personally, I've sustained more injuries from sewing than vacuuming......but that could have something to do with how often I do each one, come to think of it.

I finished the blanket early enough that I had time to finally finish the ribbing on the alpaca sweater. 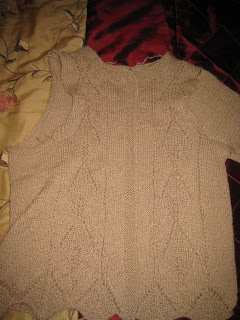 I thought I had taken pictures of my first attempts, but apparently my pride intervened.  I decided to change the neck of the sweater from the original pattern, and since it was to be in garter-stitch anyway, I decided to do the two side edges and the neck all in one piece and just using increases to turn the corner.  My first attempt--which involved picking up the number of stitches the pattern actually called for--was a large, flapping disaster.  After a few hours, 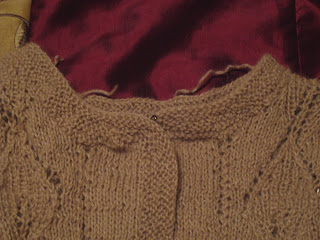 I have button holes in reasonable places, the corners are not so sharp one could break rocks on them, and it actually looks like something I might wear.  Progress indeed.

I was really hoping for a Finishing Friday "Two-fer," but I just didn't get there.  It might have had something to do with that little fling with the kimono shawl around 3:00.........