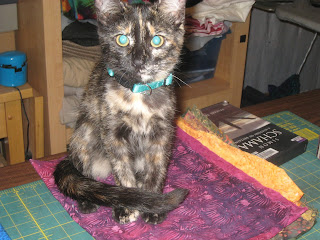 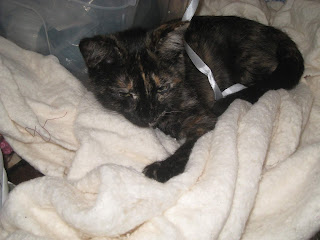 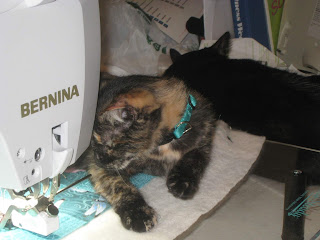 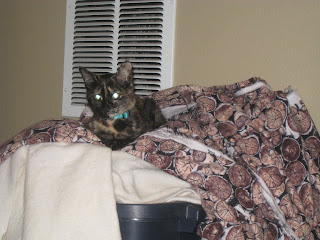 Believe it or not, I am making some progress on quilting the dragonfly quilt, partly because Charlie can sleep/play under the table I bought for the new machine, 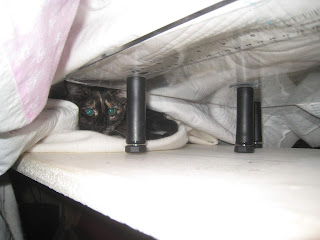 and I can still actually quilt--unlike her version of helping me cut fabric: 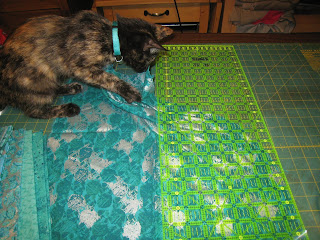 I don't have a picture of her "helping" me knit because I'm diving to save the yarn too quickly.  She can hear me taking knitting out of the bag from across the house, so the only knitting I'm really doing is in my car or outside, which at least is getting easier now that it's no longer 100 degrees, but I'm still not that close to finishing a sweater right now.


To preserve my sanity speed things up, rather than using the quarter-inch channels I'm using on the squares, I did half-inch channels for one side of the blocks, 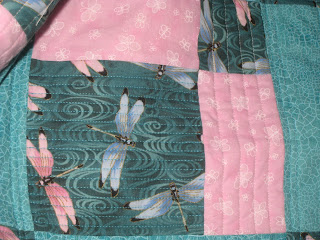 and am thinking about just doing two lines of stitching on the remaining pink strips going the other direction.  There are 8 rows of blocks, and I've done the itty-bitty lines on two and a half, though it feels like I've been doing them forever.  Still, I'd like to get this thing finished so we can use it, though I might wait until Charlie is a bit less of a terror.

I'll admit, I need regular breaks from wrestling with that quilt, so I'm cutting out the last of the fat quarter sets I bought for Spicy Spiral runners.  I had actually forgotten I bought this green set, 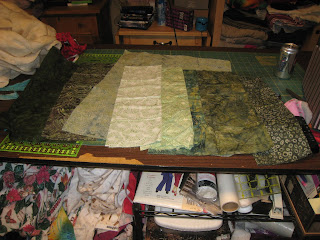 though it's someone's new favorite, 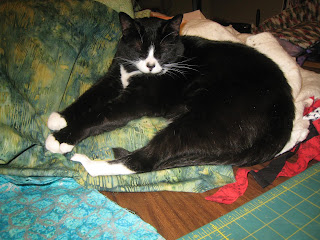 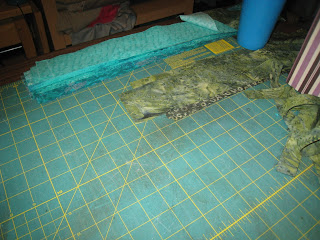 and for these two, I'm cutting whatever is left into strips for fabric bowls, so it's taking just a bit longer but I won't have to re-iron later, which is always a bonus.  And if I can get all 3 runners done plus 2 bowls, that would only leave 9 more projects to finish by the end of the year.  It could happen, right......?