As you know, for the last few weeks I've been seeing a soft-tissue physical therapist (if that's the right way to describe it), and it is helping enormously.  I still have a long way to go, but I think this is finally going to get rid of the back issues for good (provided I continue to always exercise and that sort of thing).  So, it's all good.  However, if you have ever had a deep tissue massage, or a massage on knotted muscles, you'll know that it starts out hurting like crazy.  By the second session, I'd have spilled any state secrets if I'd had any.  By the time she's finished, I usually feel pretty good, though sometimes a bit shaky and always nauseous.  I don't know what exactly it is, but I've started just planning on not doing anything the rest of the day afterwards.  So, this morning I went for my appointment, she was thrilled with my progress, she made it painful to sit again, gave me a new stretch.........and I feel good.  Not perfect--she said I'll continue to have muscle soreness as I retrain all my muscles, but I'm not laying on the heating pad or nauseous!  This is exciting!  It's like getting a free day that I didn't know I would have...because, you know, I didn't.  So I thought I'd take my extra time and do an update on the blog.  Wild, I know!

First, a picture of Sunday's project: 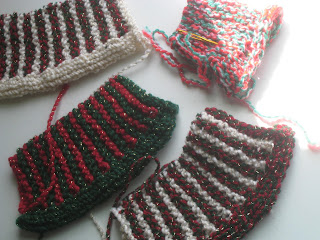 Sunday was a pain day--probably because Saturday was a very productive day.  I'm having a little bit of trouble with this concept, but I've essentially gone from really strong muscles to muscles that need to do something entirely different.  Luckily, these bell ornaments only involve garter and stockinette stitches, and can be done while highly doped.  I'm sewing them together while waiting for Blogger to upload pictures, so I may be to could all of them as finished by the end of the day.  :)

The bigger news is an sort of unplanned exception to the spending ban.  Meet next year's project: 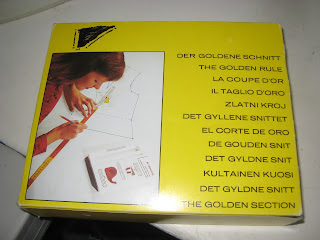 This spring, Hancock Fabrics sent out a flier about a pattern fitting class being offered for $10, which I thought sounded interesting.  It turned out it was nothing but a sales pitch by a company called Tru-Fit Patterns (which I'm not linking to as they have received an "F" rating from the Better Business Bureau), which was selling the Lutterloh pattern system.  While I was chapped at being charged money to sit through a sales pitch, I was intrigued by the idea.  Basically, 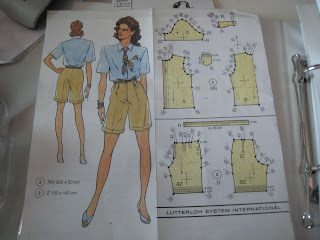 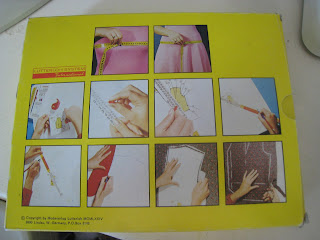 I liked the idea, but wasn't going to break my rules for a really spendy system I wasn't sure I would use, and I didn't want to do anything on impulse.  I've spent most of my career in sales, and it's an almost iron-clad law that if someone doesn't buy whatever it is while you're there, they never will.  There are exceptions, but sales is about emotion--not reason--so I wanted to think about it and make sure it wasn't a scam.

It turns out, the Lutterloh system has been around since 1935, and has pretty widespread usage.  Even better, there are lots of used kits out there.  So, I started surfing Ebay, thinking that would be a great way to try it out.

Do you ever find yourself believing superstitious or other things that are really silly?  This sounds really stupid, but I figured I'd have to bid on several to eventually get one at a price I was willing to pay, and while not consciously thinking so, I started placing a few bids so I'd have the outbids out of the way when the spending ban ended.  I know, that sounds stupid and it is, but imagine my surprise when 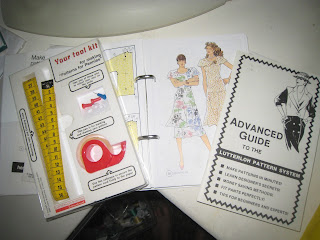 I won an auction for a low-ball bid.  I actually had bids on two systems at the time, so thank heavens I was outbid on one of them.  This one is from 1993, so there are a couple VERY shoulder-pad-intensive designs, but most of it is pretty usable.  I found a box to flatten into a design board, but I'll have to wait until the spending ban is over to use it, as I need a design curve and don't own one, so I won't actually get to play with it until the spending ban ends, so it's maybe not quite a "full" cheat.  I think it will be a fun project for next year, though.