So the new allergy drugs make me sleepy.  I feel like Alice in Wonderland with the cake and mushrooms and whatever else she took to make her grow and shrink.  Mercifully, none of them have made me grow as I really don't need that.  But today I am trying the scary-hyper drugs during the day and the sleepy steroid nose spray at night.  It will reduce the effectiveness of the steroid, but it also took the steroid a while to make me sleepy, so I'm hoping to get a break from that as well.

Crafting goes a bit slower when one is sleepy, but there are a couple new lace ornaments, 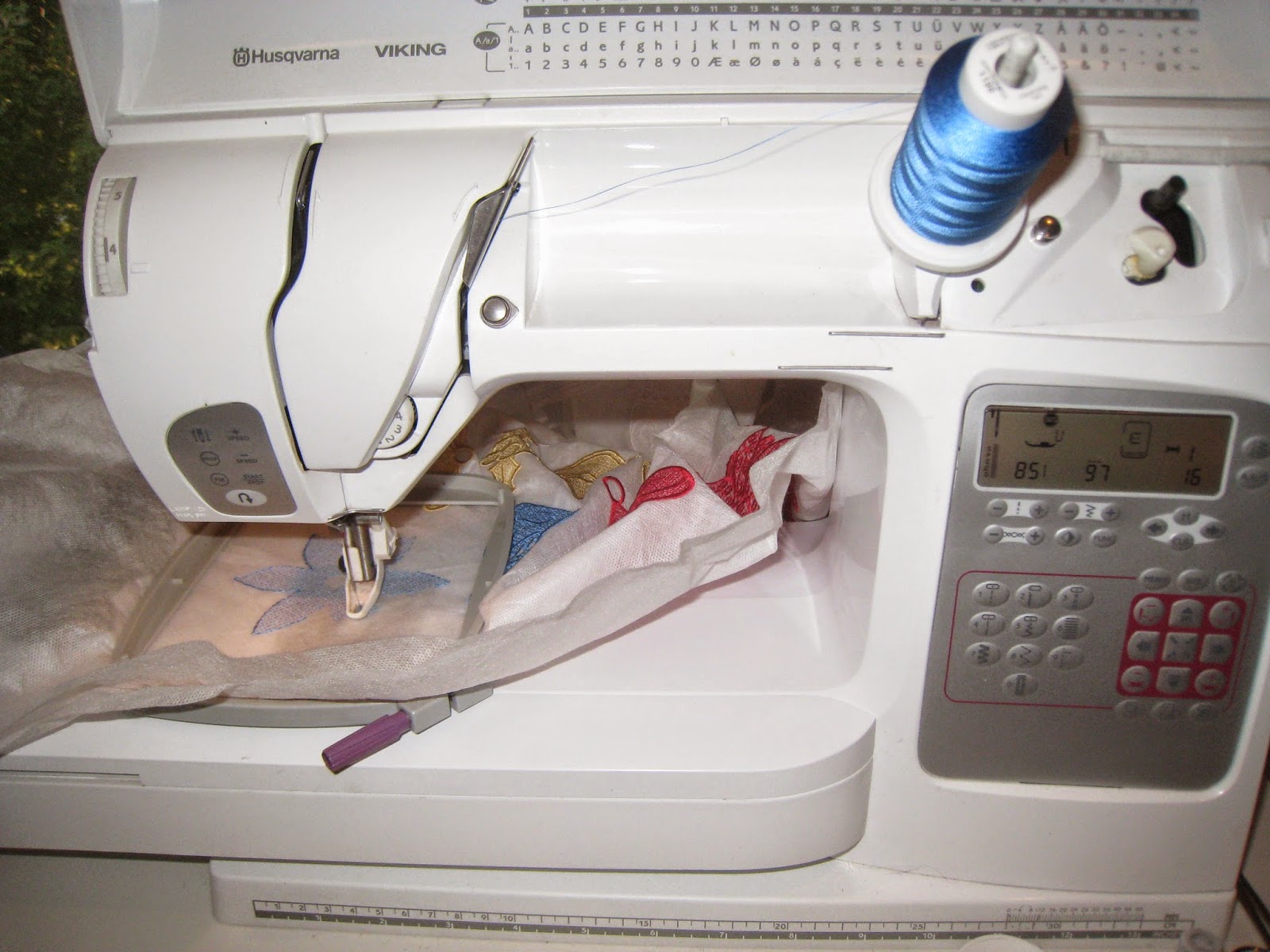 the kimono shawl is now more than half way done, 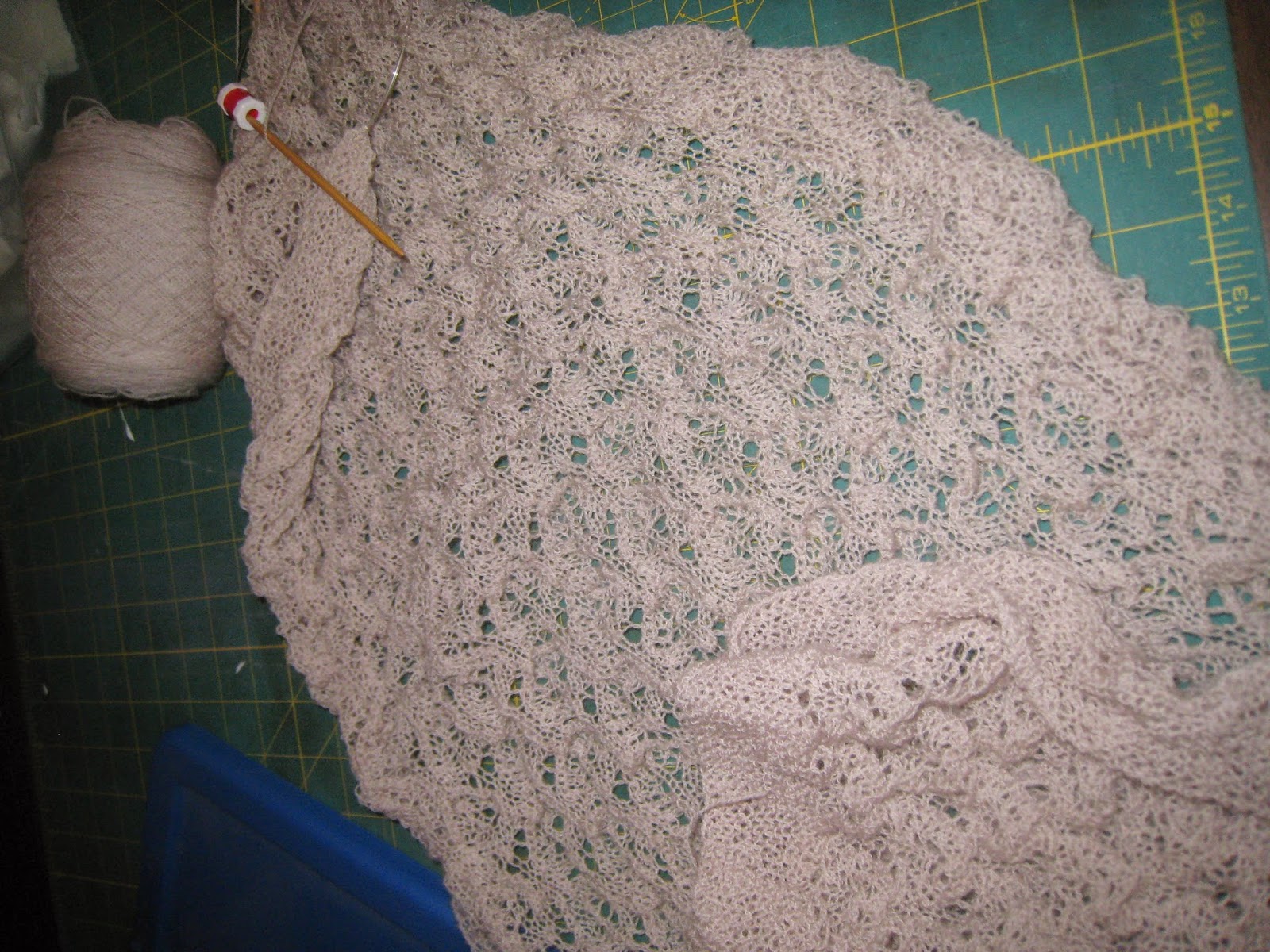 YAY!  The icky yarn has been delivered to our local branch library, I have cut out fabric strips for new kimono ornaments, 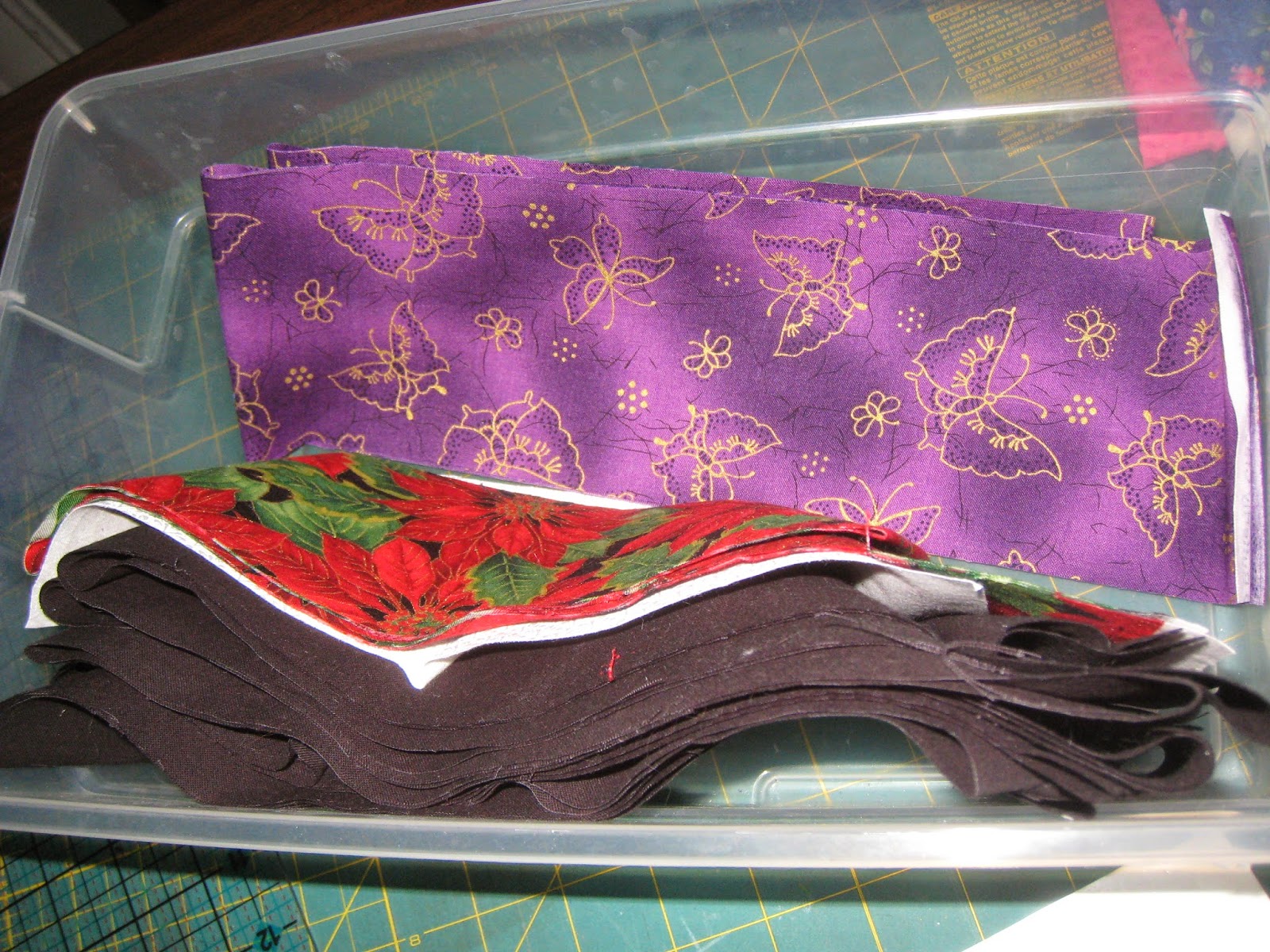 tried to do some laundry, 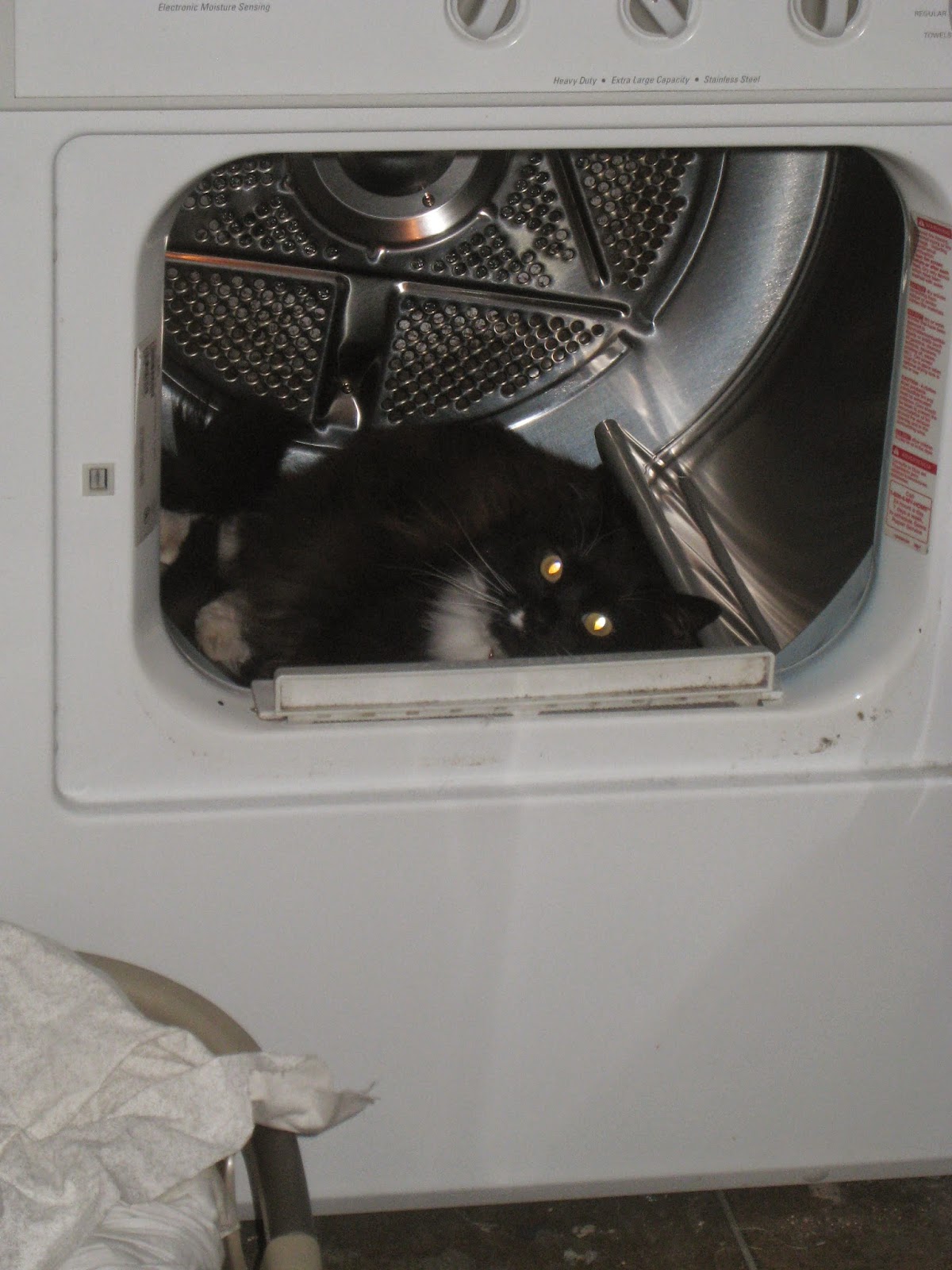 and decided to try out the fabric garland pattern.  I swear that the fact that it sounded like a quick project that would add 4 yards to my tally had nothing to do with it..............Or if it did, I have been justly punished for such an idea.

I started off well.  I have a wavy wheel for my rotary cutter, and while I cannot use it in conjunction with my rulers, it was actually far easier to draw faint lines with yellow chalk and cut along the line anyway.  It makes a nice effect, 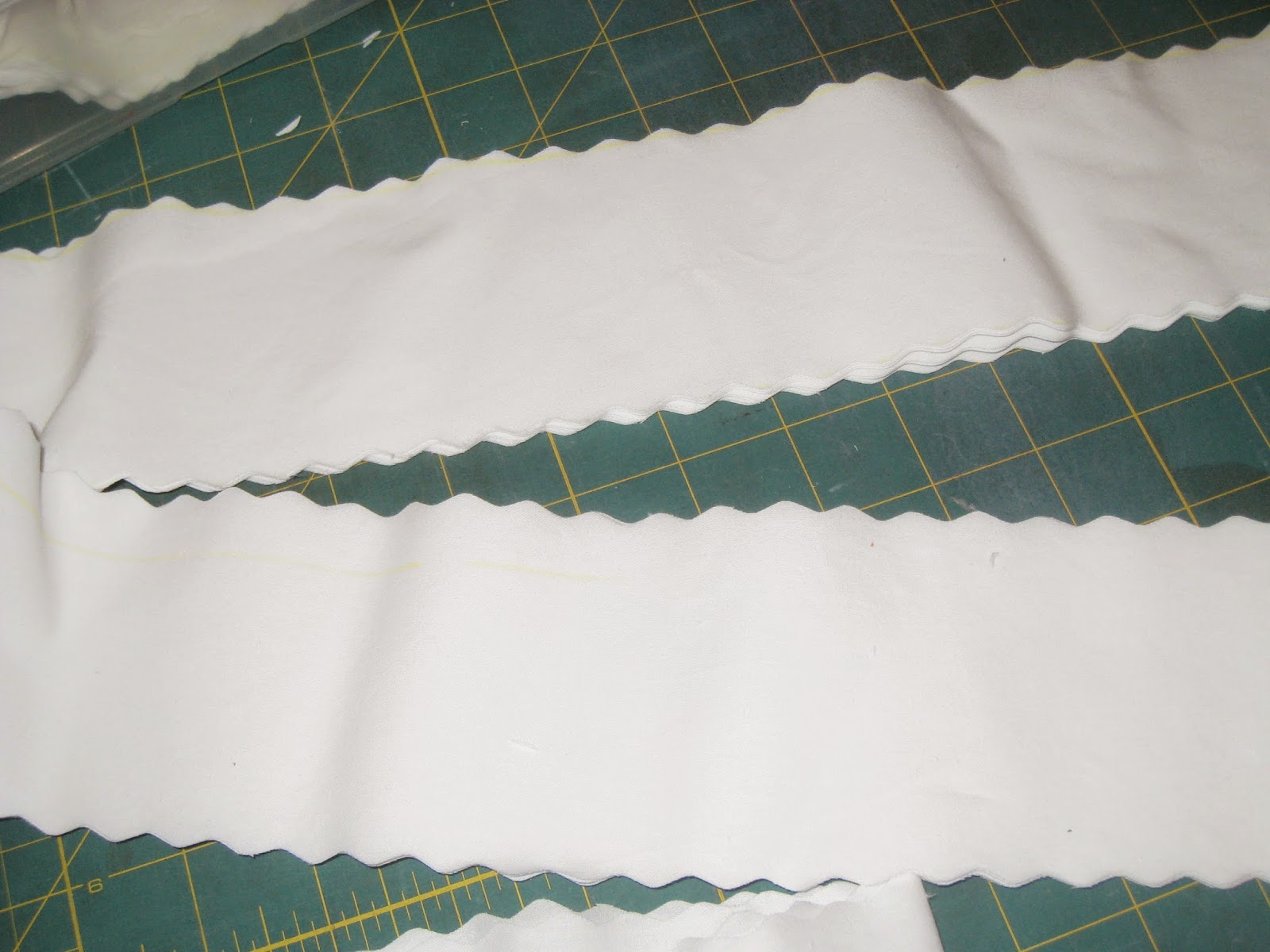 In the directions, before the designer got the ruffler, she gathered them by hand, so putting two strips together, 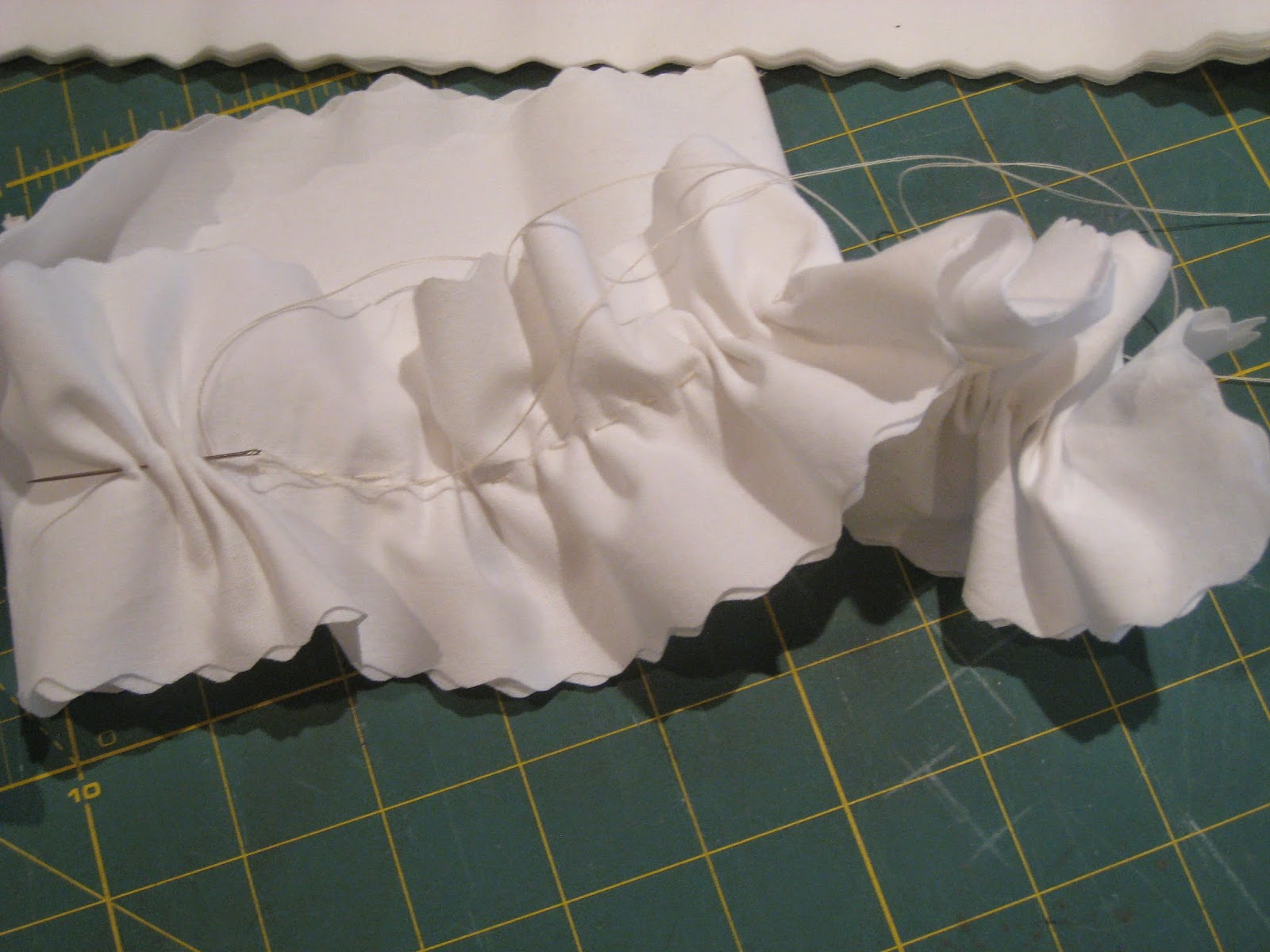 I started gathering by hand.  Did I mention I am not great at hand sewing? 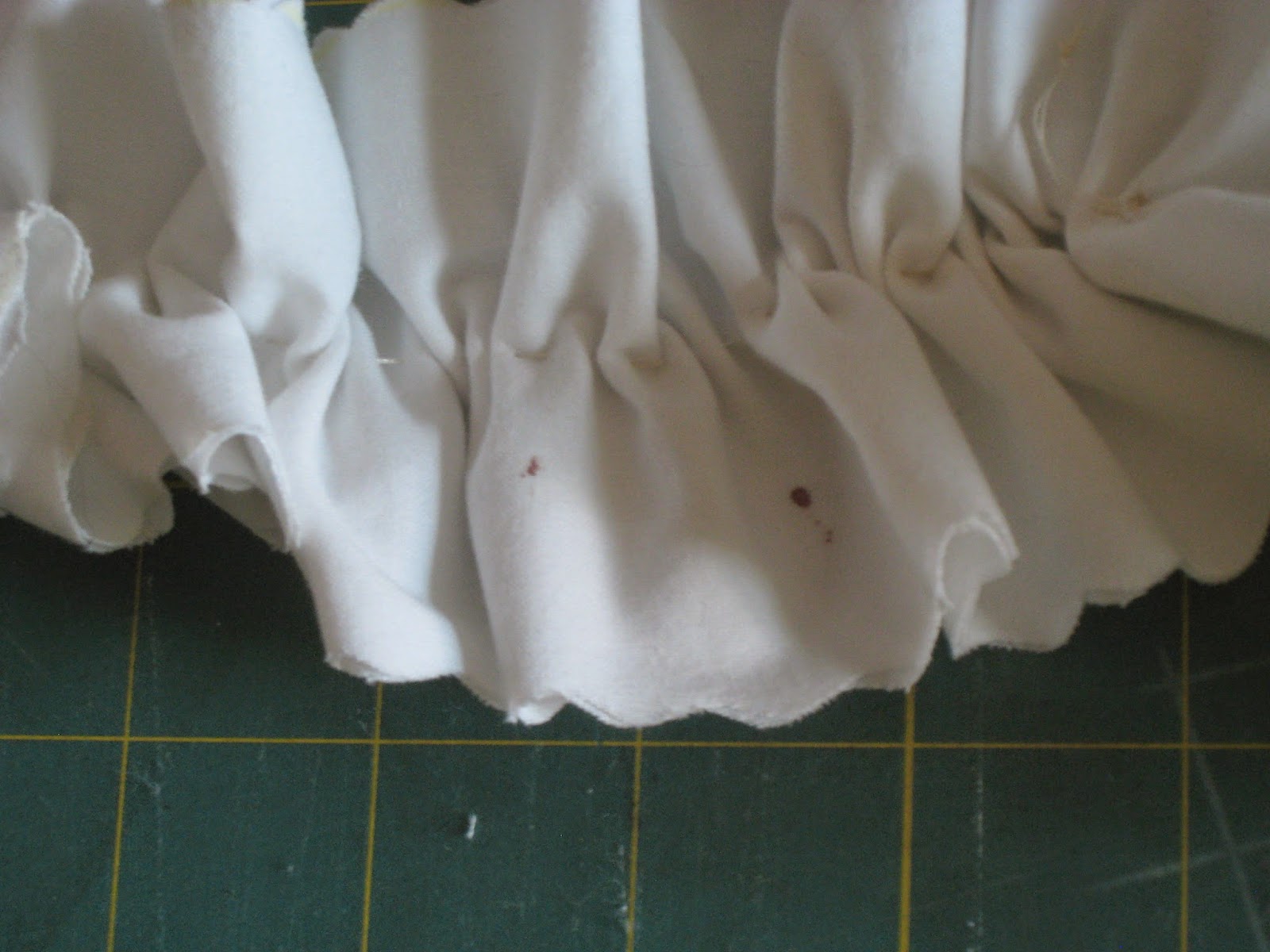 Yep--that's blood.  I stabbed myself in the thumb.  But being as accident-prone as I am, this would not be the first bloodshed during decorating as there was a spectacular incident with my last real Christmas tree that involved 5 stitches.  After I quit bleeding, I continued to speed along until my thread broke.  I had the thread doubled over, but I was using the Coats & Clark thread that won't work in my machine, and apparently hand sewing is too much for it as well.  I tied it off, rethreaded and tried again, making it only a little way before the thread broke a second time.  I know it isn't the best thread on the market, but seriously?????

Putting that garland away for its own safety, last night after a day of cleaning and putting up fall decorations, I decided to try a different method.  Initially I was going to just zigzag over a piece of cotton crochet thread, but I didn't want the weight of the thread added to the garland, so instead I dug out my multi-cord foot. 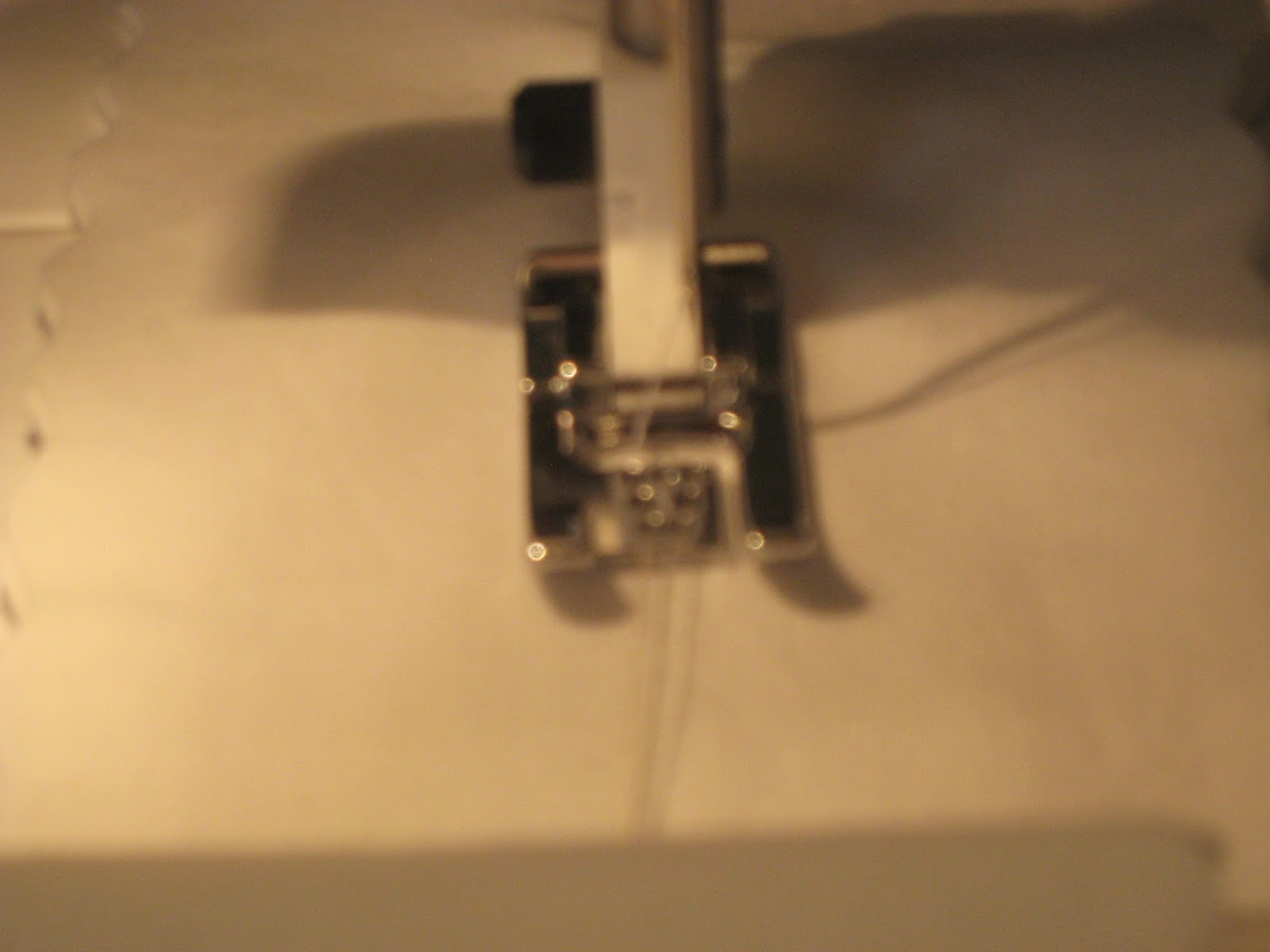 Sorry it's such a bad picture, but the foot has 7 holes in it, and by threading some of the dratted Coats and Clark thread through two of them and improvising a way for everything to spin freely without being all over the floor, 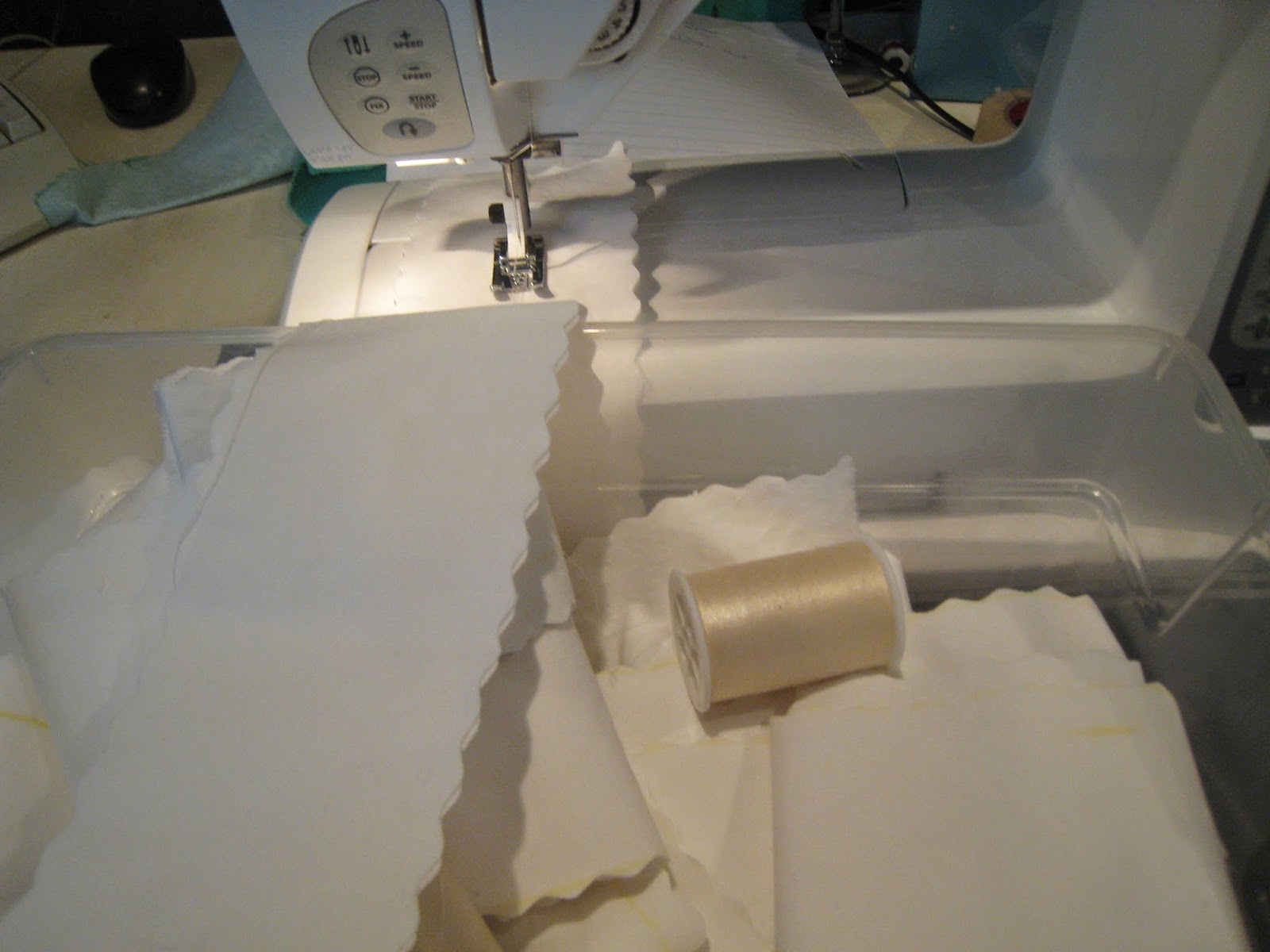 I stitched two of the pieces together by zigzagging over the top of the thread.  I had a VERY proud moment at the end when I remembered to tie a knot in the C&C threads so they wouldn't come unthreaded when I was finished. 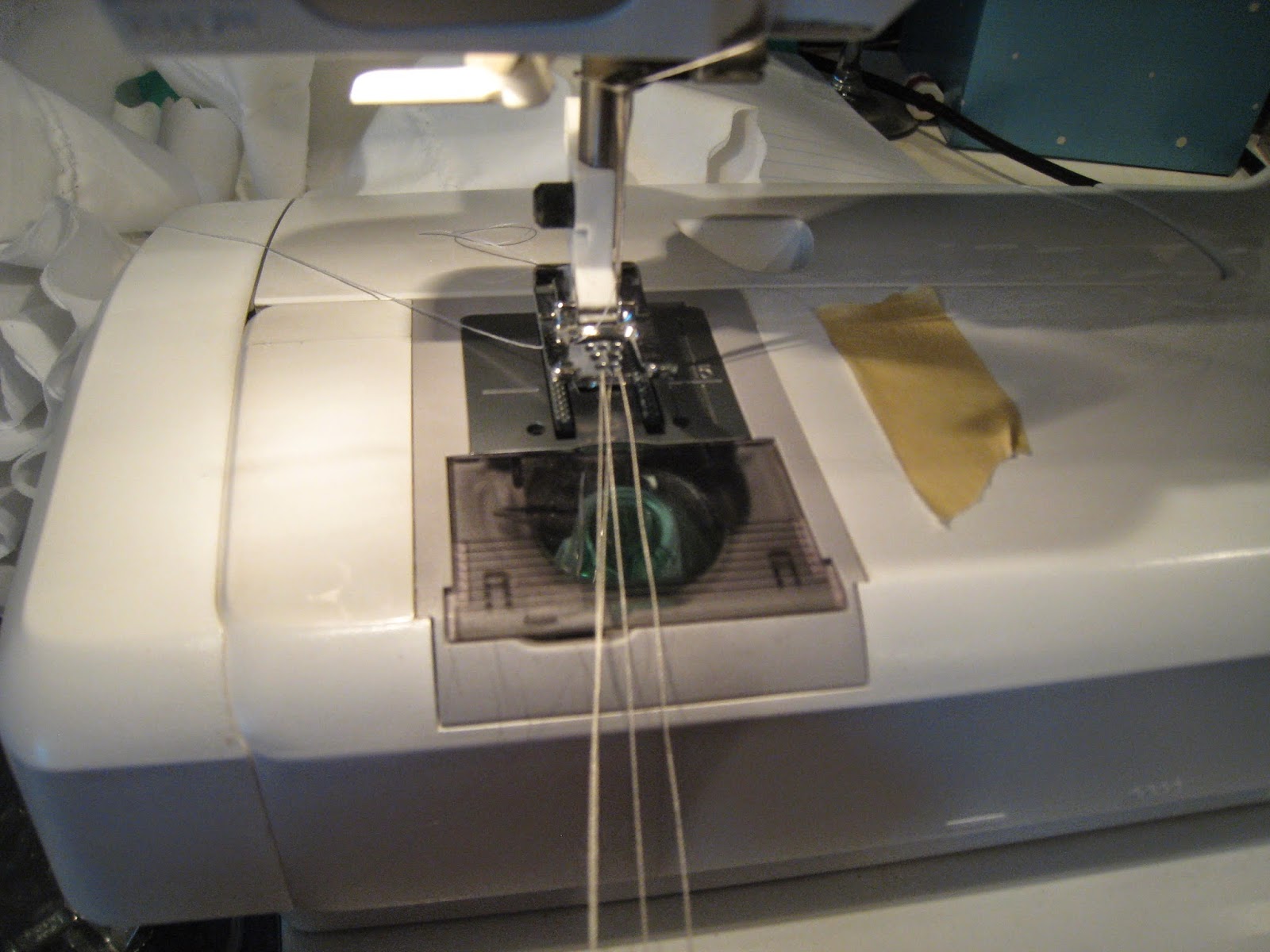 Just two threads isn't such a big deal, but I have used it with all 7, and most of the day was spent threading the darn thing.

That worked pretty well for gathering, though I had a bit of a hard time with the next step.  She had satin stitched across the top to secure the ruffle.  I tried a bit more of a zigzag, which of course did not work.  In the end, I just stitched 3 straight lines and called it good.  Mine is not nearly as pretty as hers, but then again, I'm not trying to sell them either.  Finally, 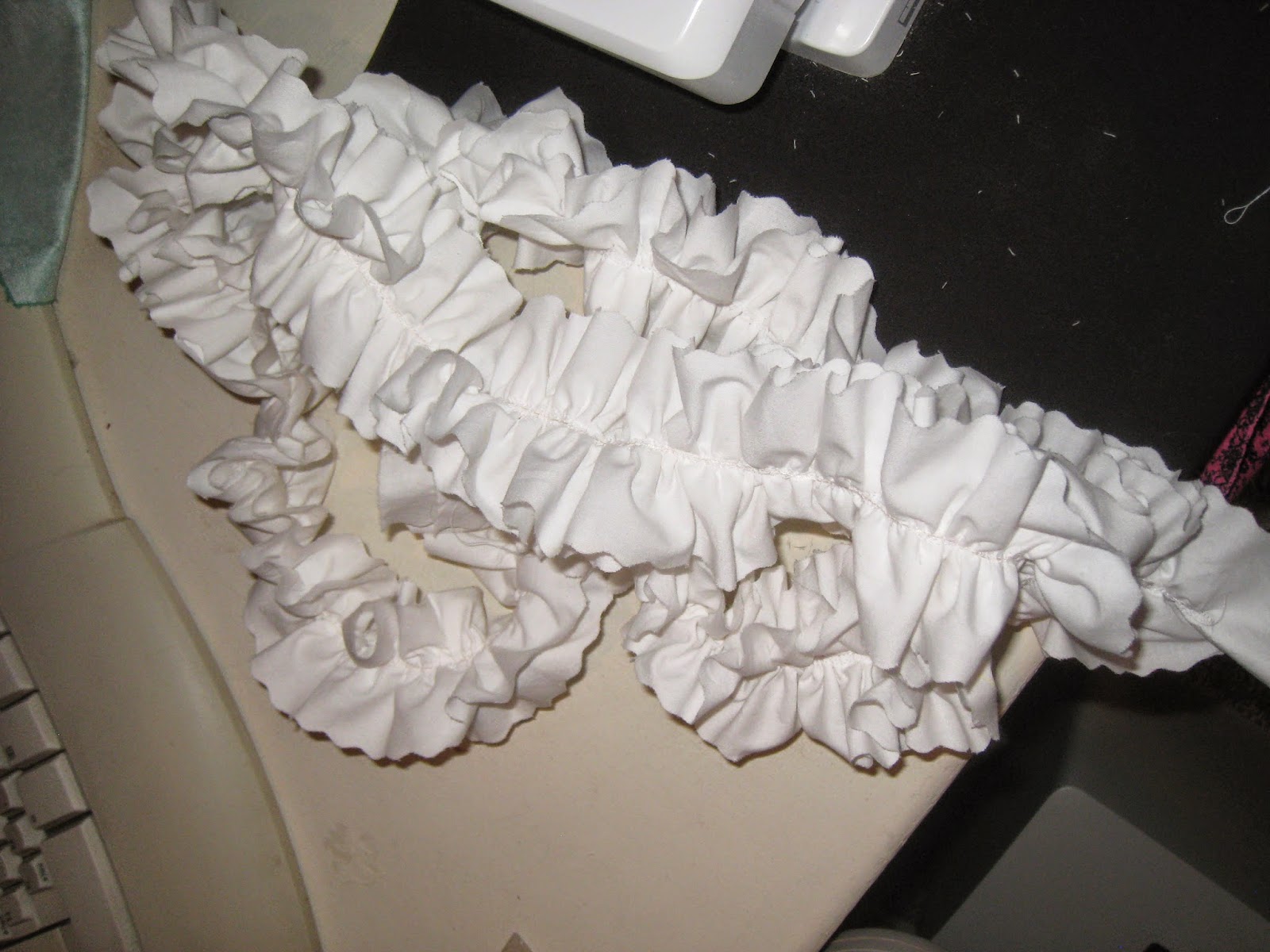 I have a finished garland!  After the fluffing (which is when one understands why there are TWO fabric strips), I am pleased with how it came out.  I still need to add ties of some sort, but I needed a bit of a break.  I'm already thinking of doing a set of these in two shades of green for spring--which of course, I don't already have and which would not use anything in the fabric stash.  I think I see a chance for a bribe here...................