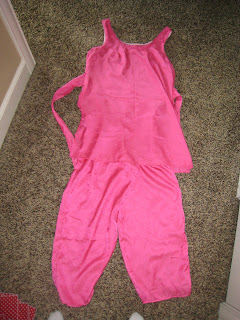 Project 41, which puts me on target for the year, is done:

Did I mention project number 40? 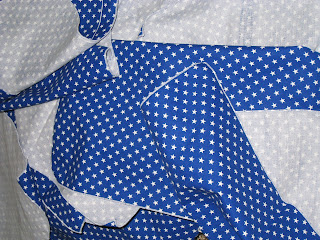 More napkins!  Becoming a bit like the coasters, isn't it?

Technically, I think I might look like some sort of Pepto-Bismal mascot in the new ensemble, but it really is one of my best colors.  AND it used up 4 1/4 yards of material that has been in the stash for well over a year, so perhaps I just won't wear it around anyone suffering from a hangover or nausea.......

There HAS been knitting, I swear!  The second monkey sock is progressing 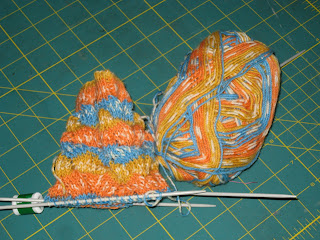 and it is my fondest wish that this 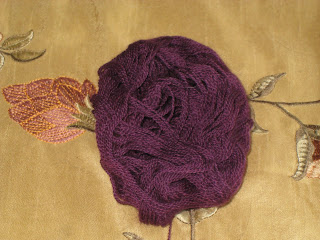 is at least a teensy bit smaller than it was at the start of the week.  I have been knitting from it for the last two hours and I swear that it looks exactly the same, but I keep hoping......

Meanwhile, Theo is finding all his new fame a bit exhausting 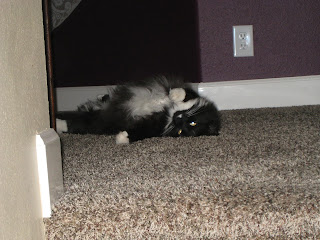 And Calisto, out of jealousy and a desperate need for attention, 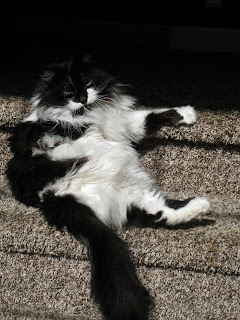 has started posing for skanky kitty calendar photos.  We're trying to boost her self-image before she gets into anything worse.......