We're having a party for Andy's 50th birthday tomorrow, so things have been a bit busy around here, but there has been some crafting!

First, Robin had suggested pinking shears as a way to rescue the second frog blanket, 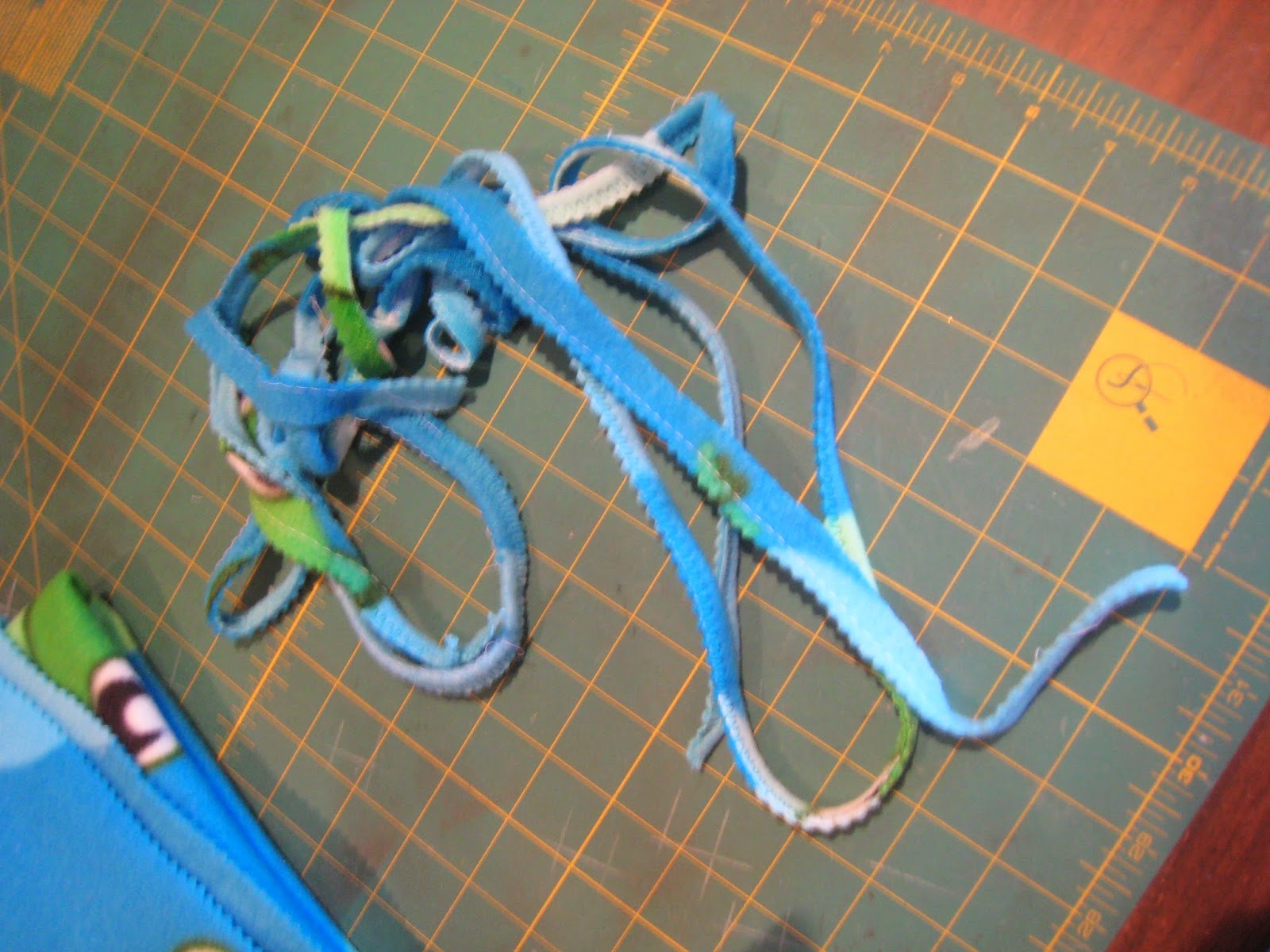 so even though it's a completely lame project (piece of fleece with pinked edges), I'm counting it as a finished project: 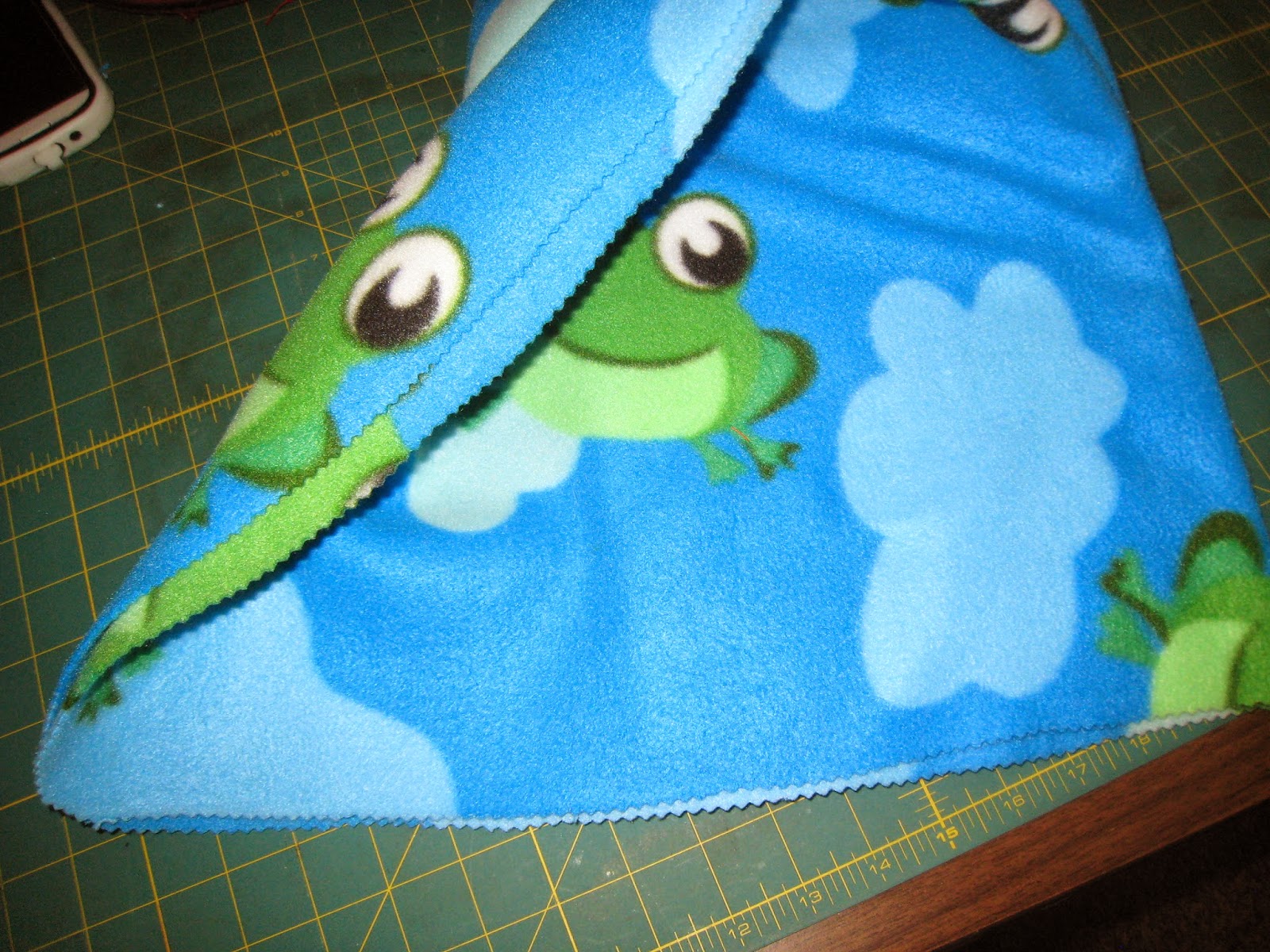 When it has an intended recipient, I'll embroider the name on it to spiff it up a bit.  I could have left it as a bigger blanket and let my two oldest nieces duke it out over the frogs, but the baby gift bin was running very, very low lately. 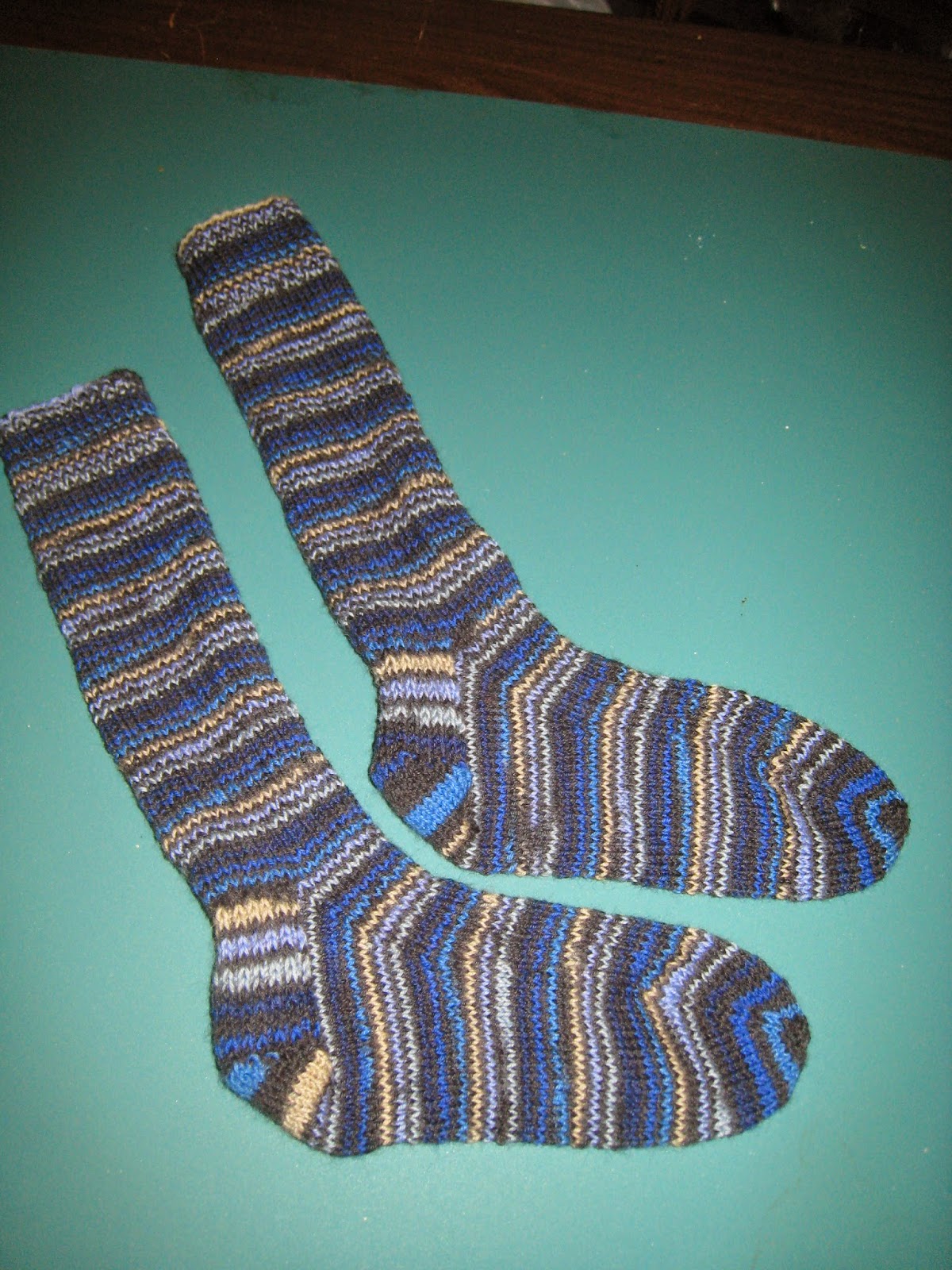 an almost-identical pair of socks for me!  Really, I gave up trying to get self-striping yarns to ever really match, but I take full credit when they match out of sheer dumb luck.  I bought this yarn while still living at my old house, so that puts it as at least 8 years in the stash, and there's something always a bit thrilling about using up Deep Stash.  If one has a scary amount of yarn and only works with the very latest editions, then it's a little harder to justify hanging on to the older stuff.  But since none of my yarn stash is more than 10 years old, I have just finally gotten around to using up some of the earliest stash.  AND I've always loved this yarn, so I finally have the socks from it.  Whoo hoo!!!!!!!!!!!

I just finished another item from my summer basket: 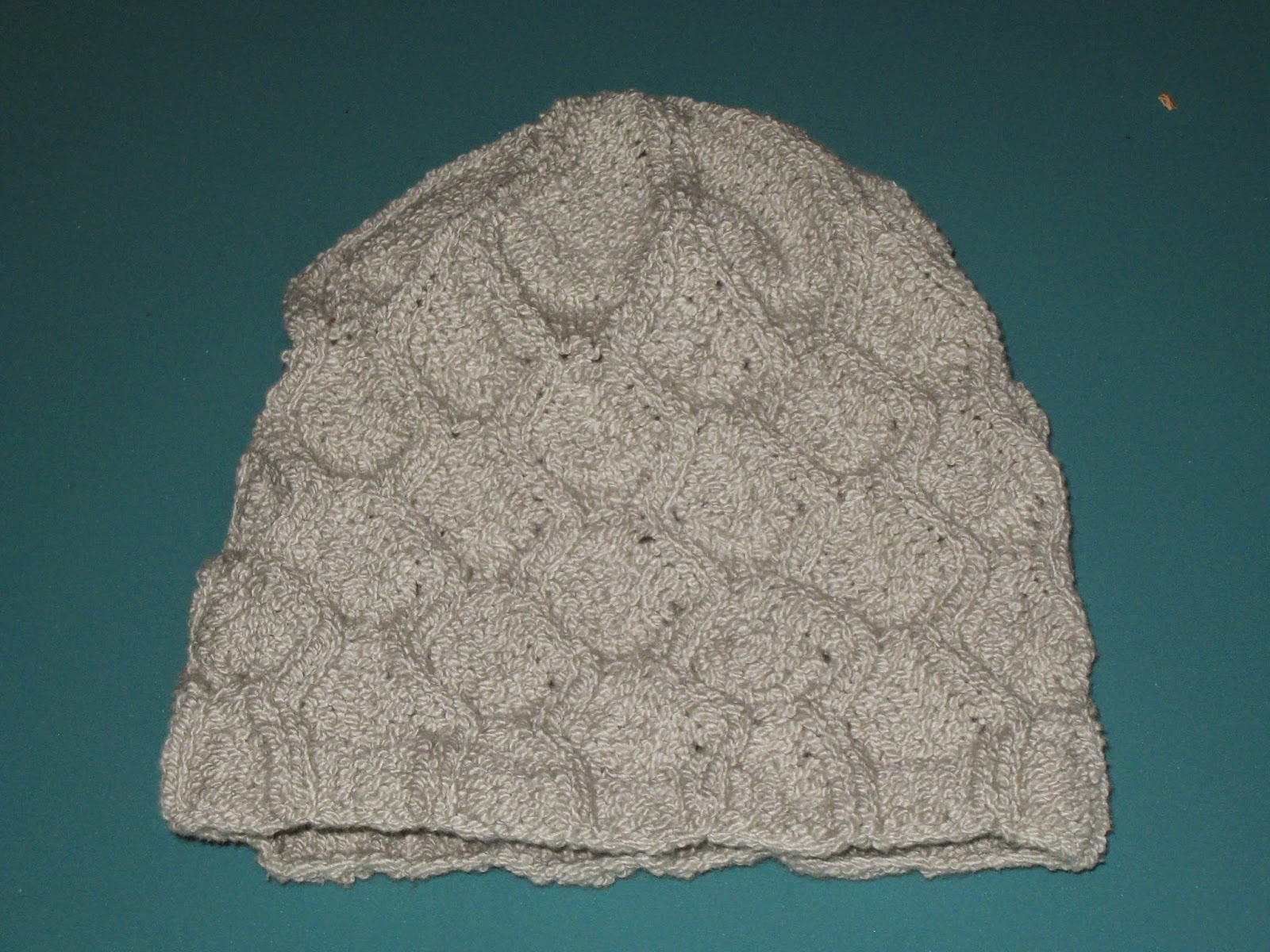 which I made with two fewer rows in the ribbing just in case the problems with the red hat were my fault, and ended up with this: 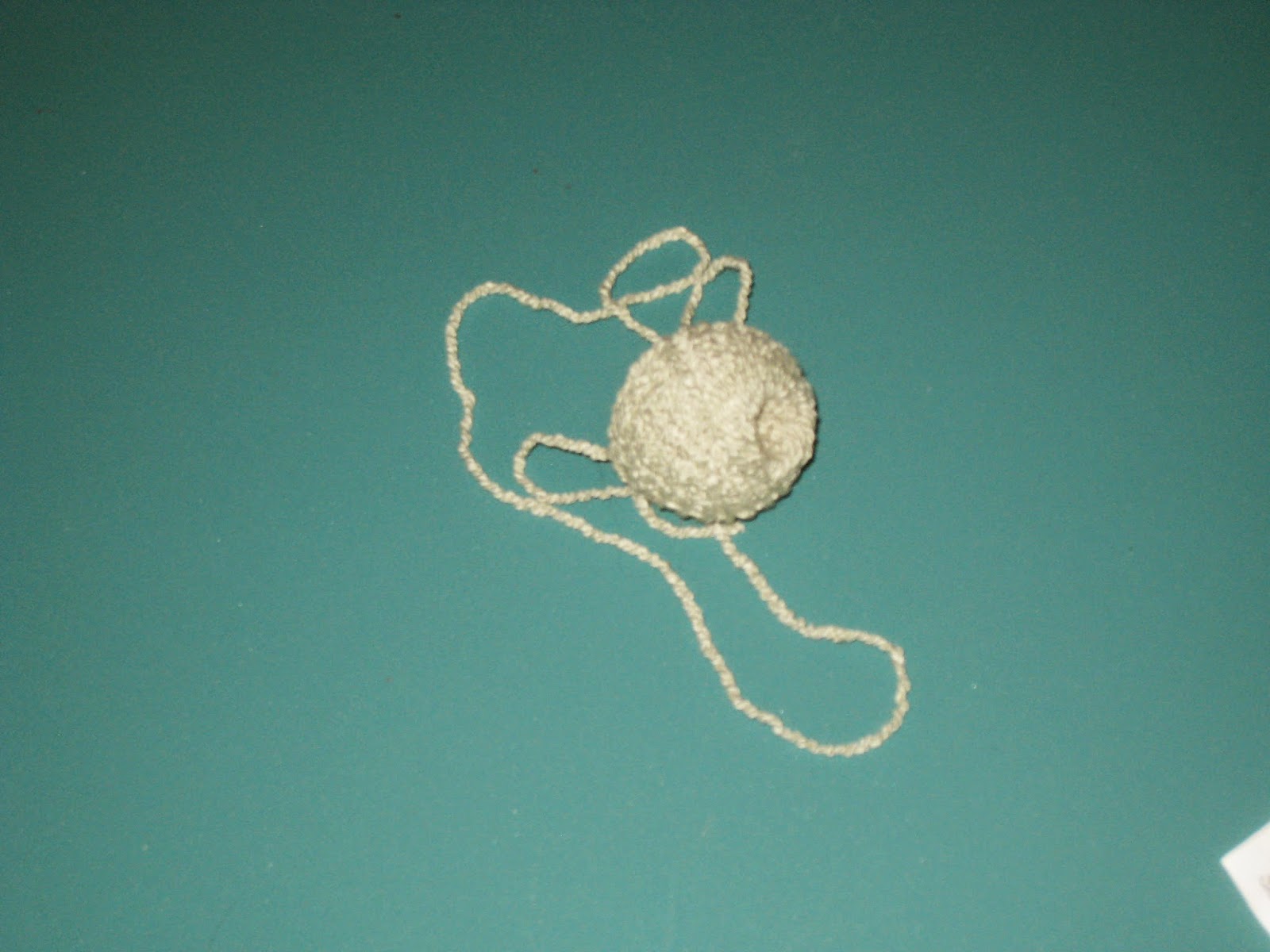 So, not me.  The red ball was actually short on yarn.  Thankfully, that was the last ball of the red in my stash and it will still work as a chemo cap, but when I eventually order more of this cotton and elastic yarn for more chemo caps, I'll avoid the red yarn, just in case.

Not yet finished but at least started, 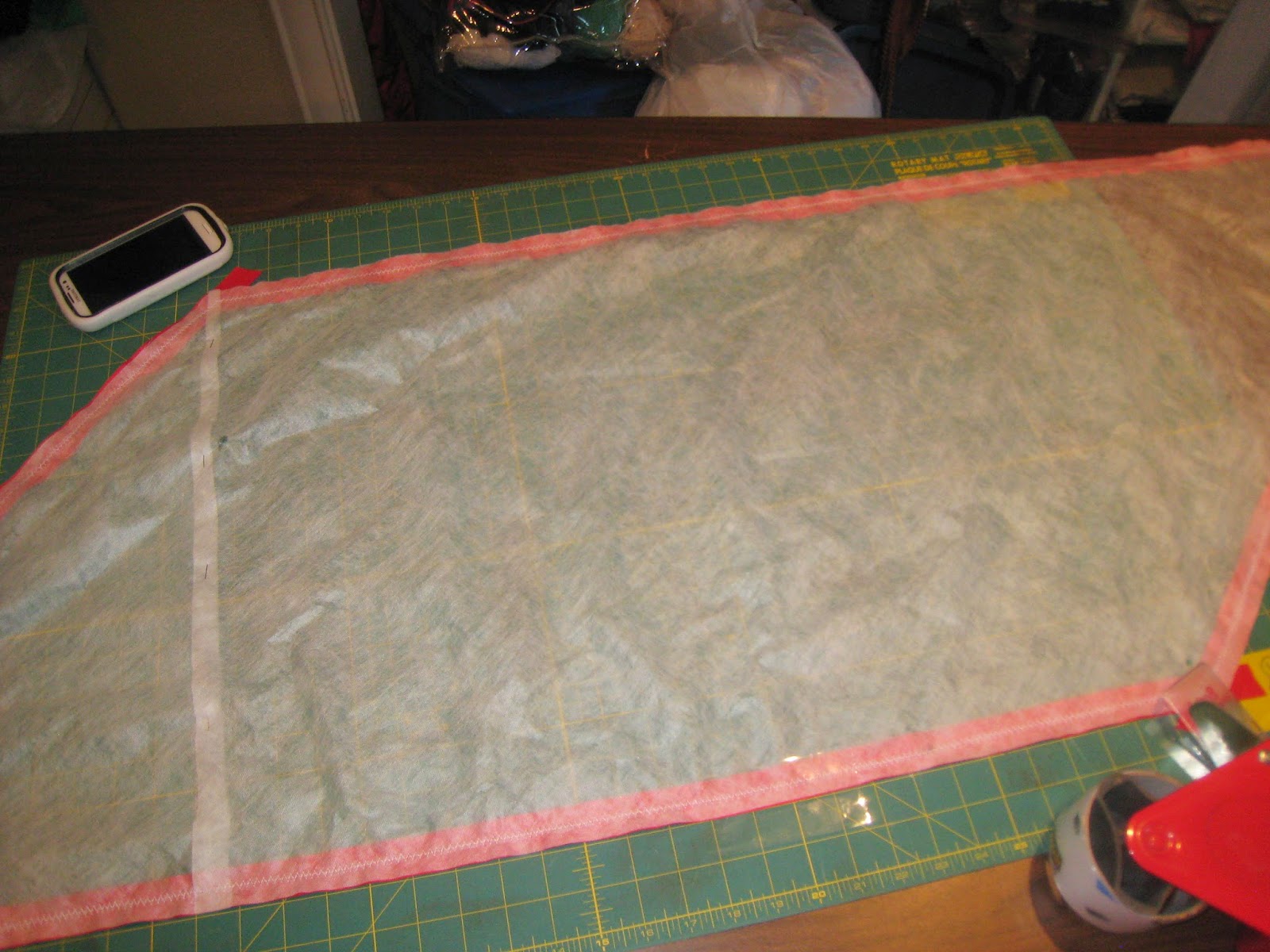 I have been working on the ribbon table runner.  Putting it face-down, I marked mostly parallel lines on the wash-away stabilizer, then pinned the ribbons on top of it.  Just in case you were wondering, having put decorative stitching on the ribbon on top of the stabilizer didn't really work, and the whole thing puckered like crazy.  So badly, in fact, 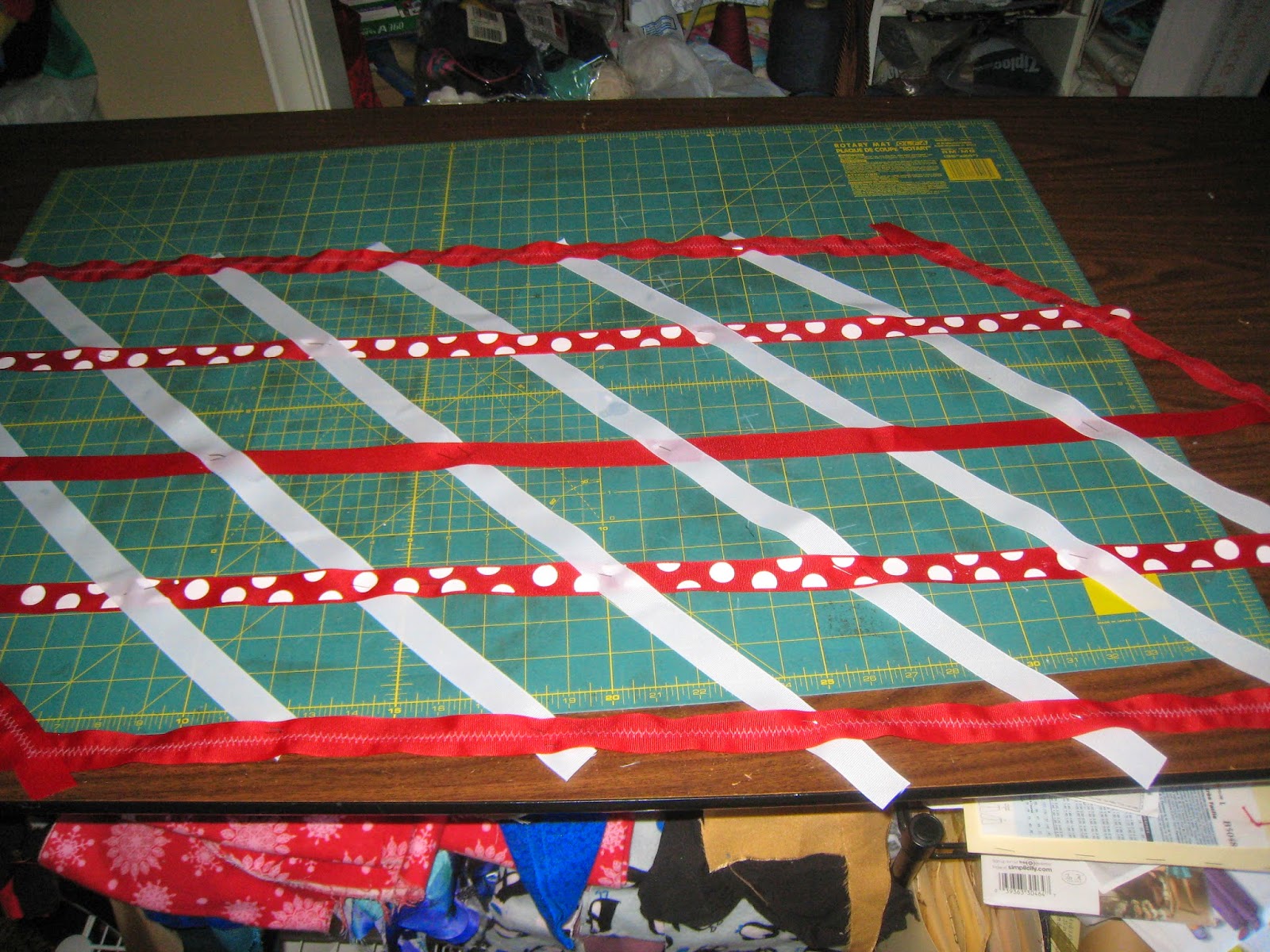 that I had to soak it away to continue working.  I've also had to iron the ribbon with the decorative stitching, and am STILL working through finding a way to get the ribbons in place and secured enough to stitch down.  I'm not giving up, but unless I have a sudden flash of brilliance soon (and I do have to be due for one sometime), this is going to be a one-of-a-kind item.  I had thought it would make great gifts, and it probably would, though probably from someone with lower stress levels.............