Originally, we had planned to have no one over at all during the weekend and just rest/relax/work on hobbies.  I had been exercising quite a bit last week and my back was fairly sore, so it was a good plan--though, of course, like all good plans, it didn't really work out.  The friend we play music with the most was in town, so we ended up having him over for dinner and music Saturday, which meant much of Saturday was spent cleaning.  The house needed it, but a far cry from the original plan.

We had a marvelous time, but it pushed my back over-the-edge, and the planned sewing became crafts-one-can-do-while-laying-on-a-heating pad.  So, 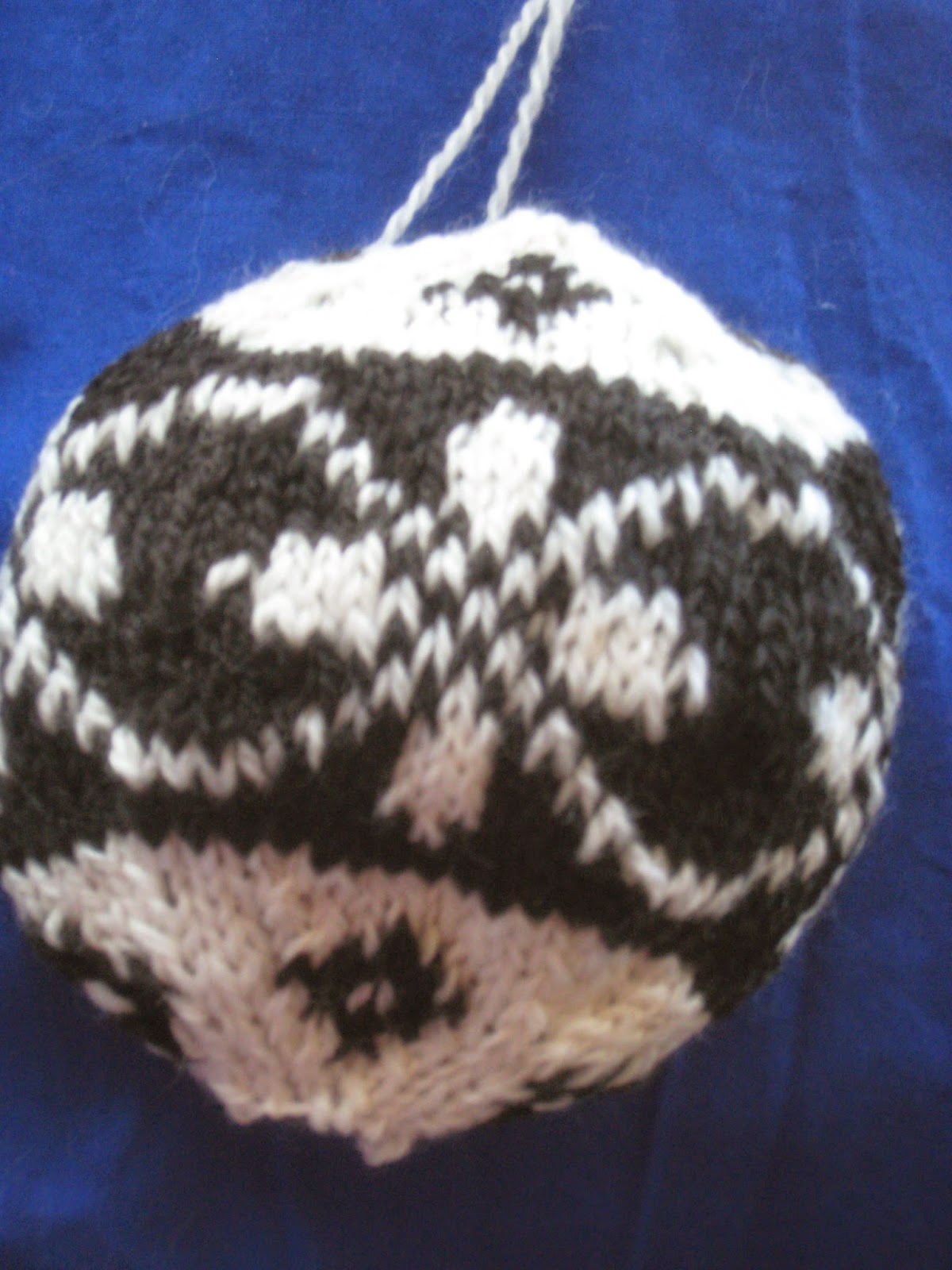 I finished the latest color work ornament, and even got it stuffed and I think it is one of my favorites so far.  I think I've been over-stuffing these, so I tried a little less stuffing in this one and after a little poking and prodding, it's more of an actual sphere than most.  This is project 31 for the year, which sounds great until one realizes that I should be at 41 by the end of May to be on target.   Oops....

The pillowcases got quite a bit of attention, 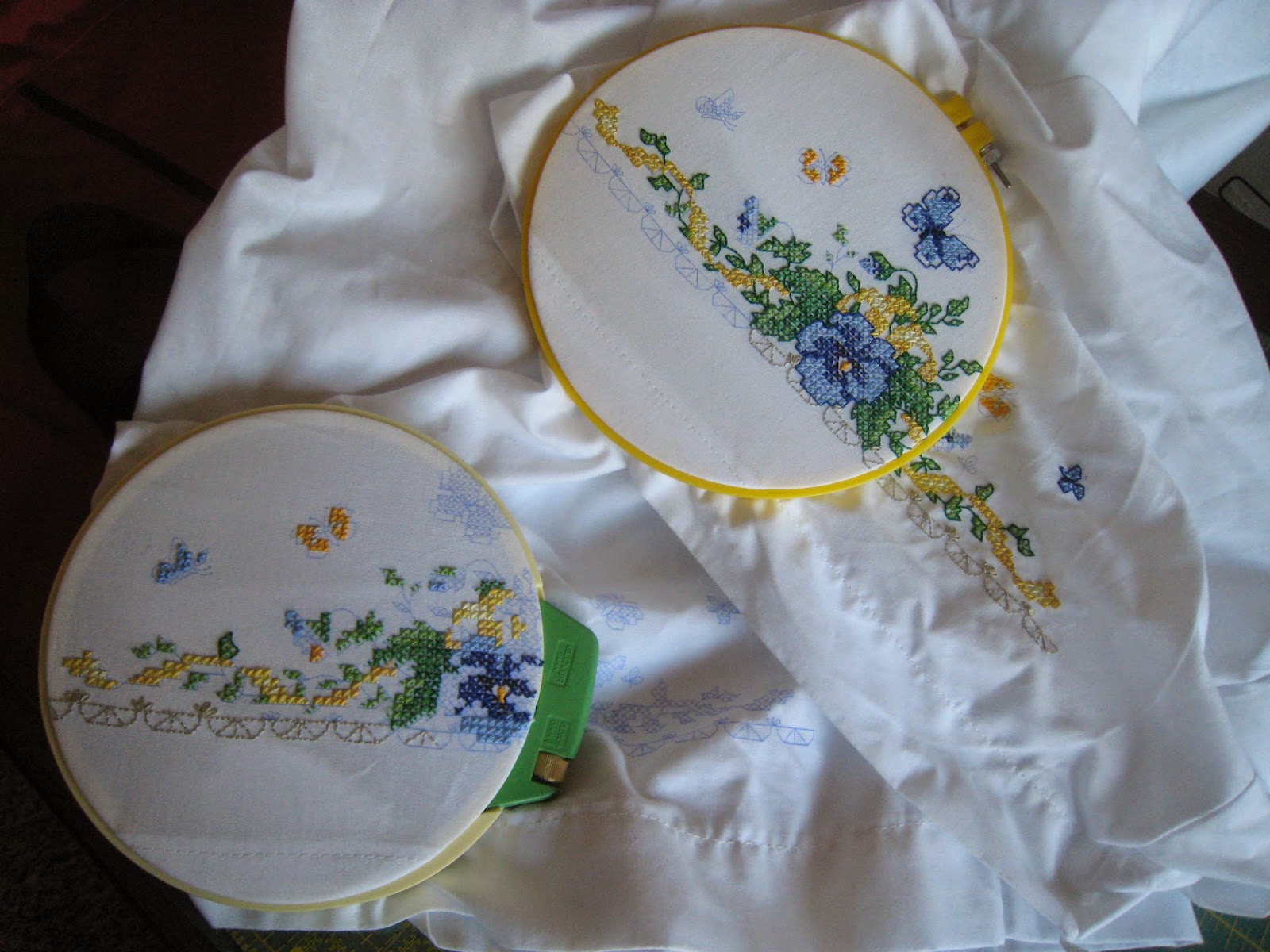 and depending on how you look at it, might be more than half finished.  It's a bit harder to estimate while working on two at a time, but I think they could be one of the finished projects for the year.  That would be rather exciting as they were such deep stash that I had actually forgotten about them.  I would guess I bought them 8-10 years ago, so they're certainly well-seasoned.  Very, VERY little of my stash is more than 11 years old because I didn't take up sewing until after I bought my first house, and since I was living in a one-bedroom apartment, my yarn stash until that point was limited to one container--mostly of leftovers from projects--and I didn't really start buying yarn for more than one project until my first nephew was born.  So it's always exciting to use up things that are from the early stash.  It's easy to make things with new fabric or yarn--it's the stuff that has been with me for a while that can lack excitement.

Ideally, I'd have gone straight on after finishing Lace Dream, 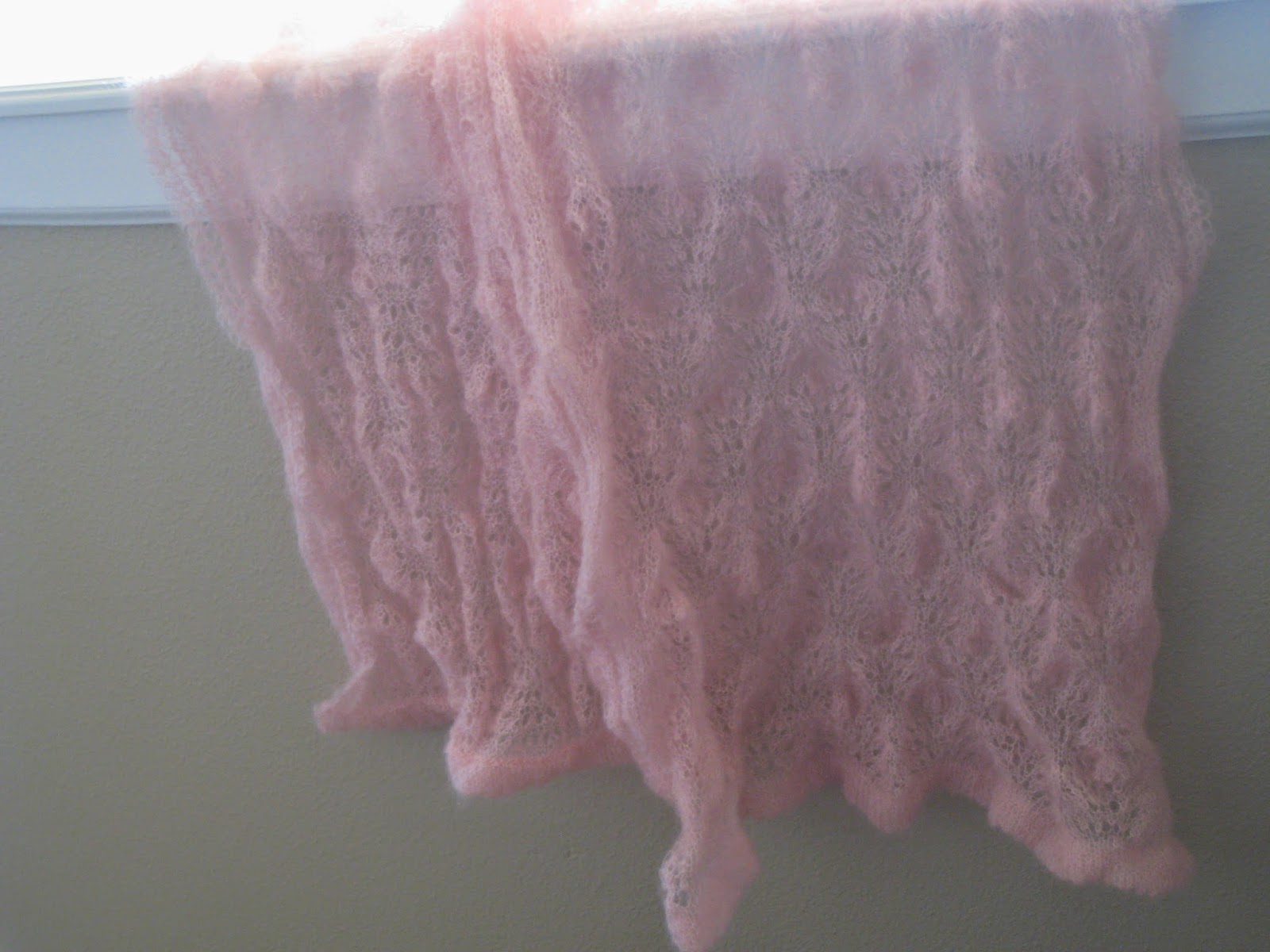 which looks awful because it hasn't yet been blocked, but you can see the finished edges here, and I probably won't block it for a while because it is a gift for a friend for when she hits a big career milestone, and that will be a couple years.  I thought it would take me a bit longer to finish this, in all honesty, but I think all your wonderful encouragement got me through it--even the grafting!  Thank you!!!!!  As I've never really had to come up with a plan for a gift finished EARLY, I had to find a container where it will be safe from snags and moths, and as a shrine to the ONE TIME I made something ahead of time....Call it my own personal "Ripley's Believe it or Not" display.............

But because I would like to get the wedding scarves done before our friends celebrate their first anniversary, 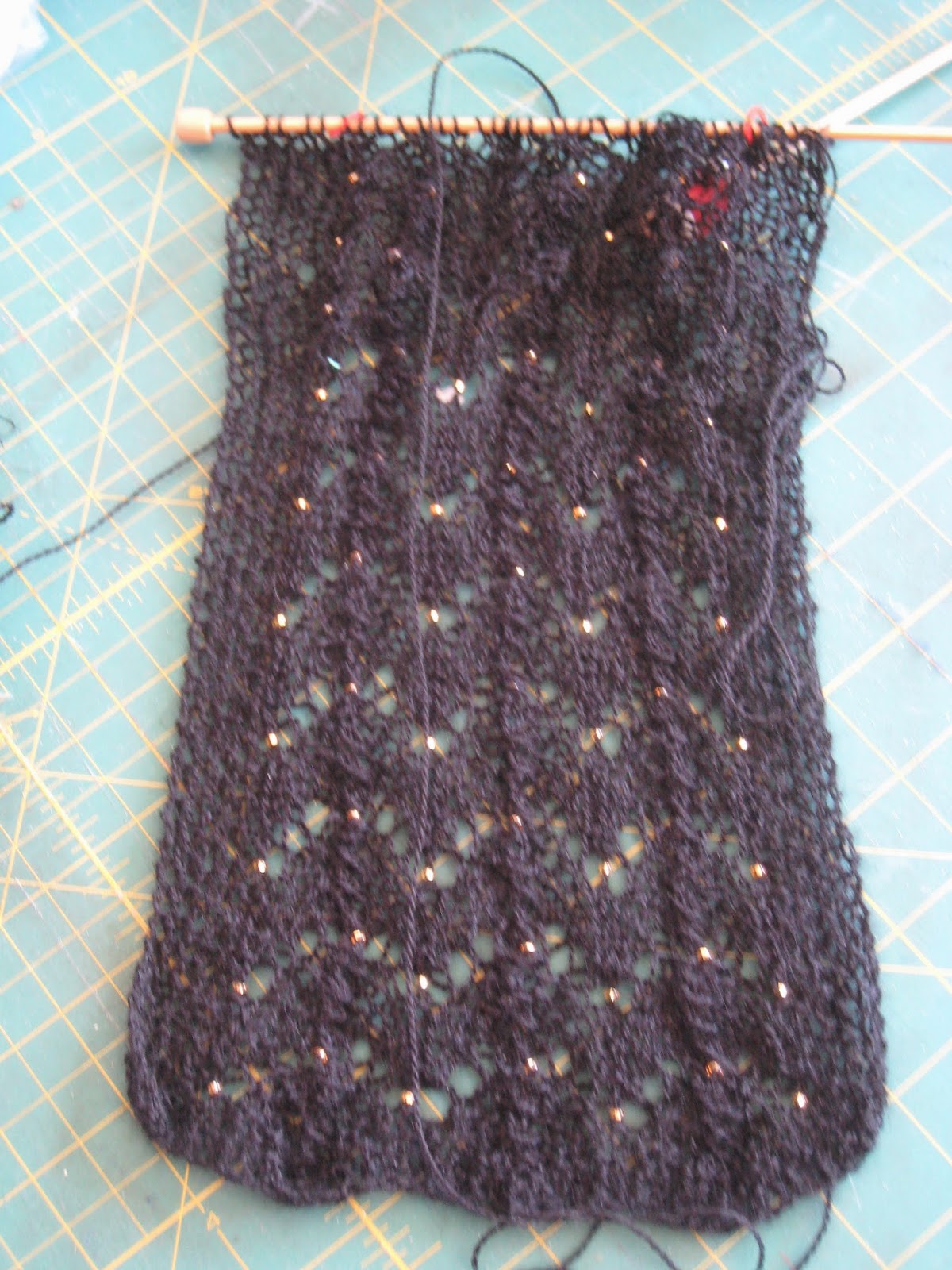 the first beaded scarf is in progress!  It's an 8-row repeat and I'm beading two rows of the 8, which is the same as when I've added beads to the Ostrich Plume scarf, but this is going MUCH faster than the Ostrich Plume usually does.  I have no idea why, but boy am I glad it is!

I did get to be up and around a little bit during the weekend, so I finished up the wreath for this weekend's game party: 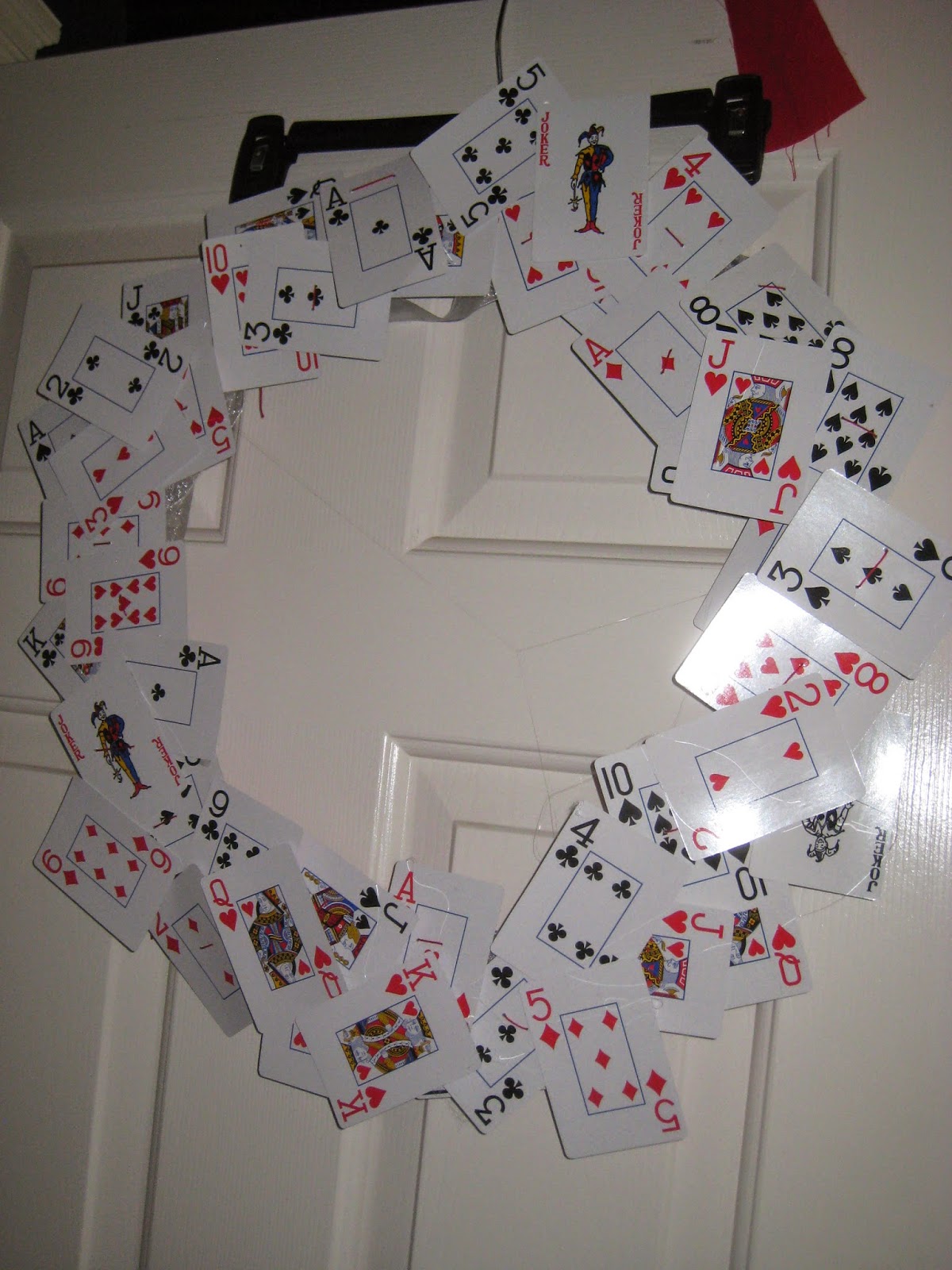 and I'm quite pleased with the results.  I even made a few more decorations: 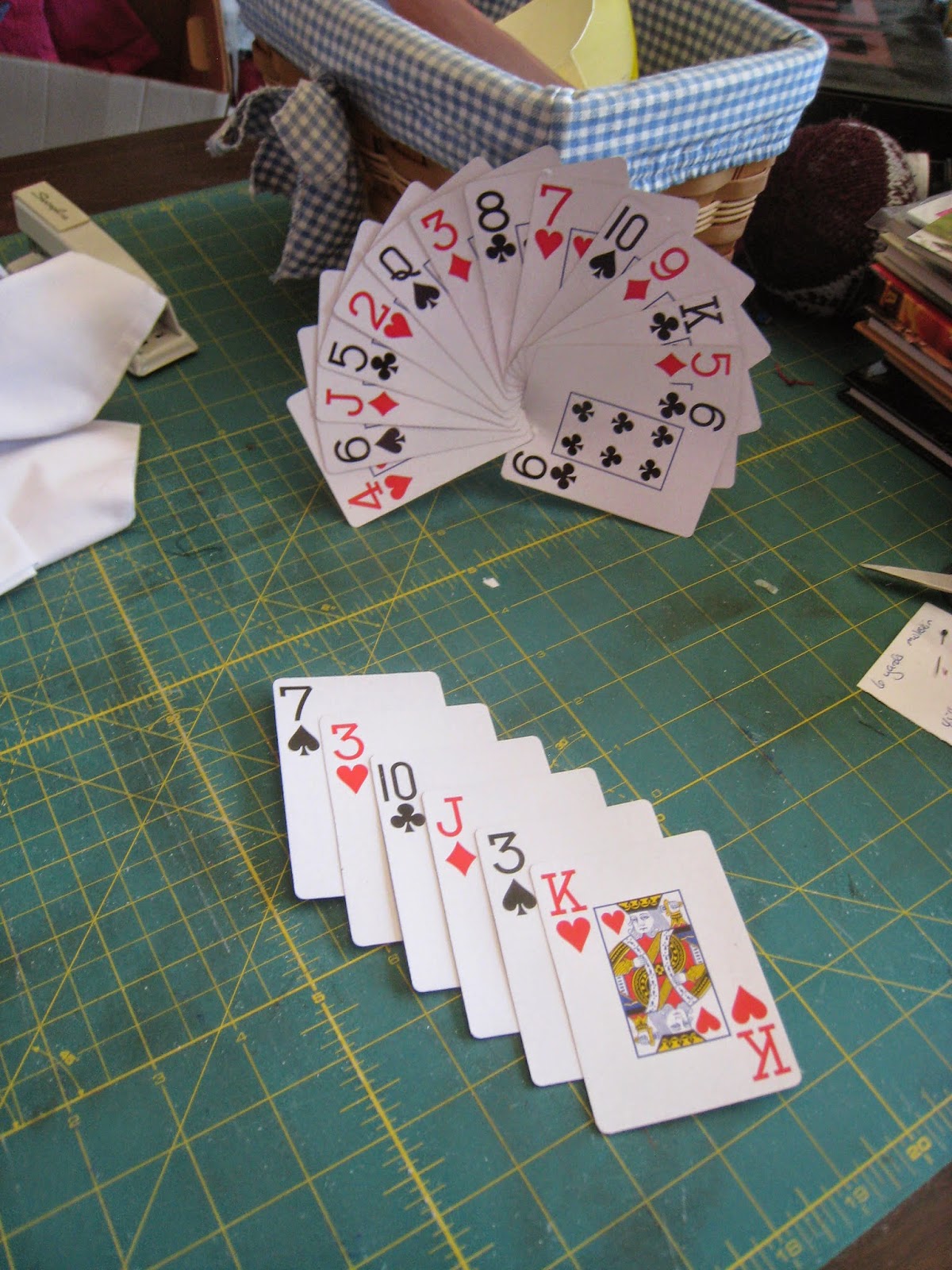 and will make some centerpieces today.  For our wedding, I found fishbowls on sale at a craft store, and managed to make $10 centerpieces involving candles, a rose wreath, beads, and fishbowls, and have been using the fishbowls for decorations ever since.  Our colors were red and black, so I use them for both Christmas and summer, and then can just take everything out of them and change them around for seasons or different occasions.  Who knew that a bunch of fishbowls would be one of the most helpful things ever?

Yesterday I tried a bit of sewing, and did get two gift bags done before I had to stop. 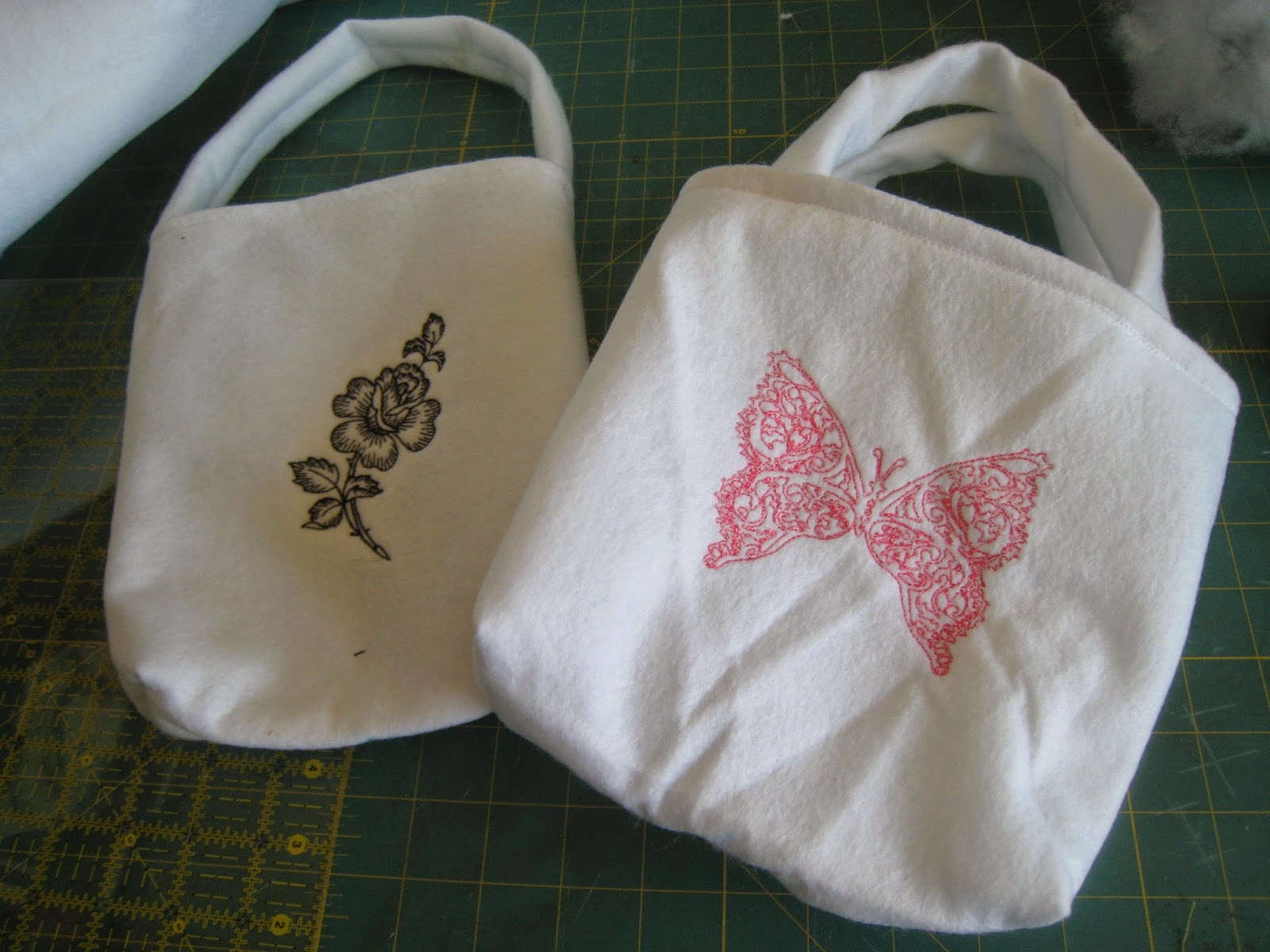 Sitting is always the hardest thing.  I wanted to get more done on the trick-or-treat bag, but I had really been dragging my feet because the design had puckered the fabric quite badly and I was rather miffed.  I had set it aside for a bit, but when I pulled it off the machine yesterday, I noticed the design had jumped for the "eat" of "treat," 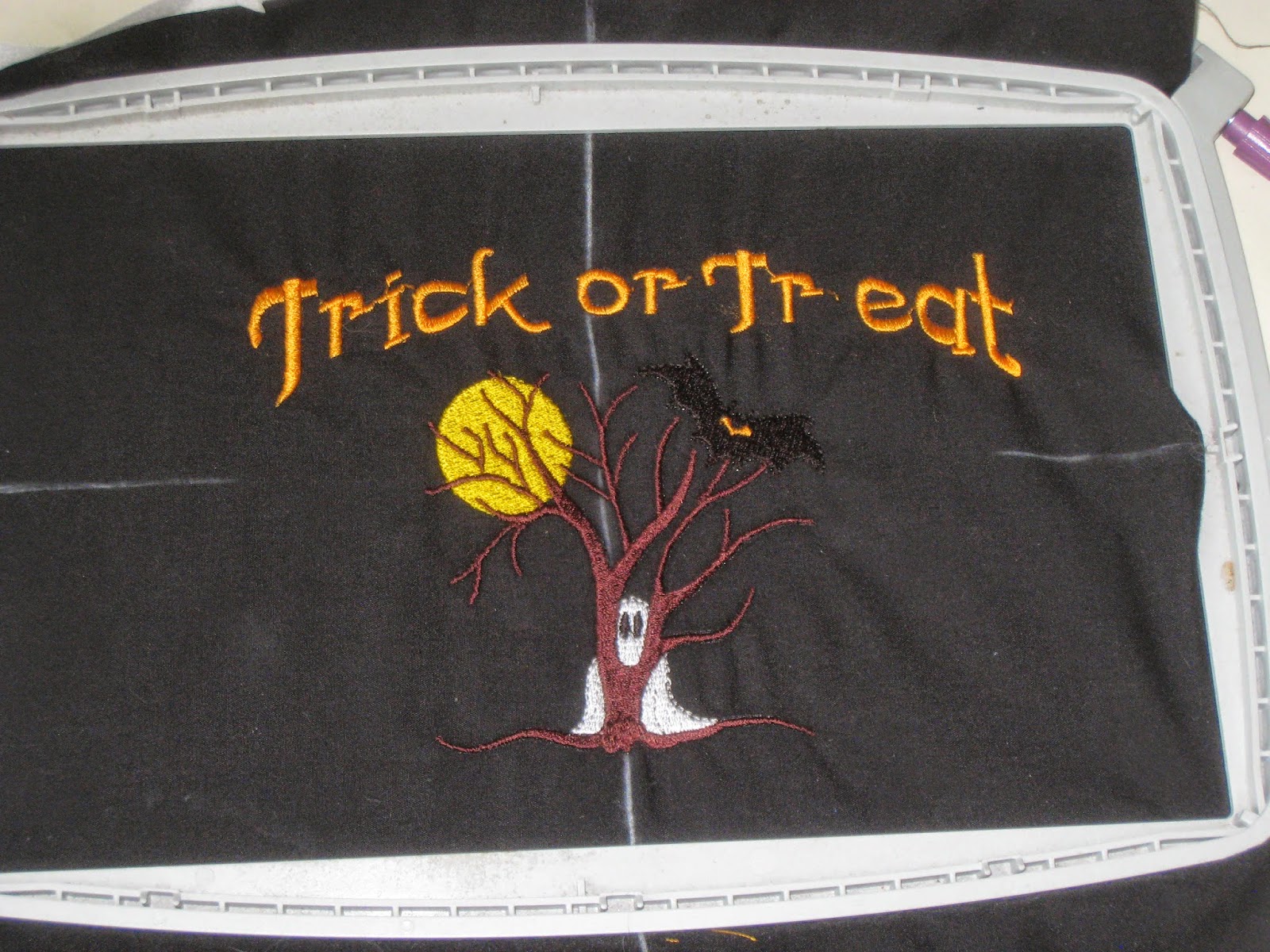 so I am just going to start over.  They're both small things, but I like to be happy with gifts when I give them, and this one is just too disappointing.

And since it's May 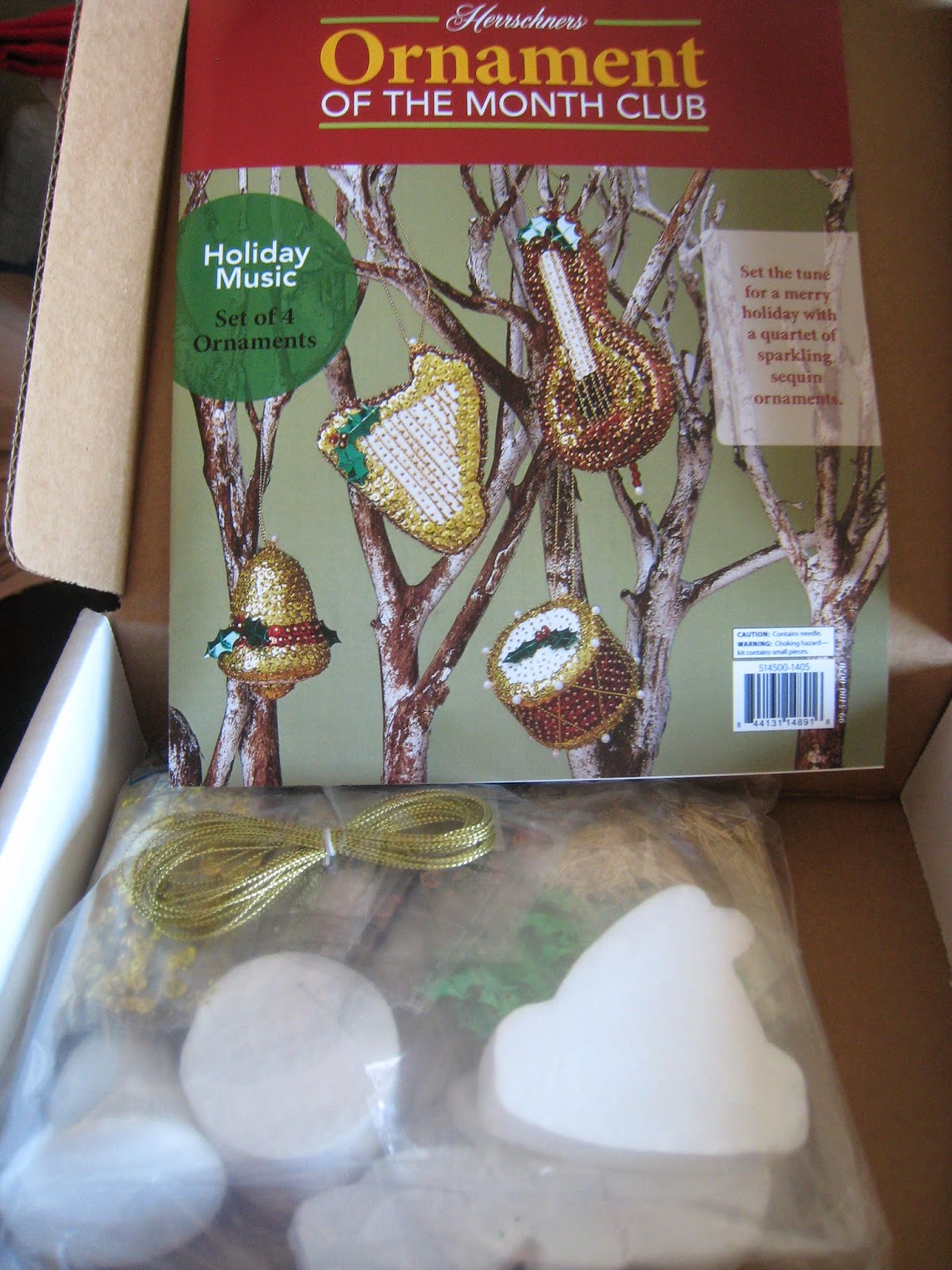 the new ornament kit arrived.  While I am just thrilled that they are all music-themed, I am still working on ornament number 1.  I'm not discouraged just yet, though, because these will be perfect for canning season.  There's a lot of time when I have 10-30 minutes to wait while things are cooking or processing, and canning is a rather warm endeavor, and handling wool for a break really isn't a very appealing option.  Beads are very cool to the touch, and perfect for something to pick up and put down. I'm not sure if my optimism runs to the "get all caught up" level, but a few is certainly possible..........