Having finished all the paint touch-ups Monday, 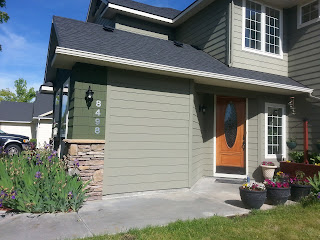 (doesn't that look better?) and it being almost 90 degrees and too hot to be outside, 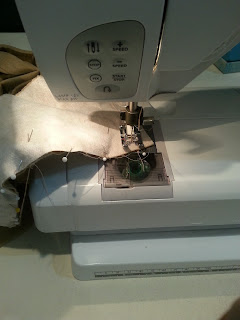 I worked on the corduroy jacket.  It has more stretch to it than is really good for this pattern, so there was a lot of ripping out and hand-basting yesterday--which is still more enjoyable than house prep, though maybe not by much.  I've made this pattern so many times that the instructions are looking a little thrashed: 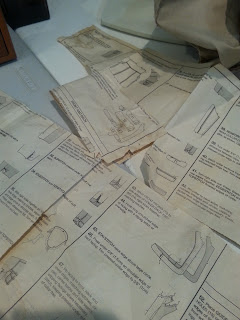 One more jacket and I'll probably have them memorized, so it's not tragic, but it is sort of funny to try to work with it.  The real low-point was getting some semi-dissolved wash-away stabilizer stuck to it. 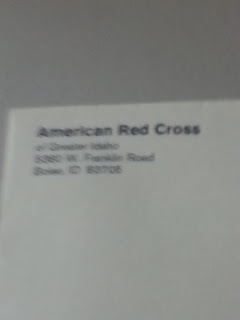 Now this is the second request for money from the American Red Cross since I applied for a job there.  Sure, they can take forever getting back to you, screw around with the interview times and generally waste tons and tons of your time, but they're hot on begging for money.  As if.

We have another showing today, and we're hoping that THIS time the other realtor has at least asked his/her client a few questions--like "are you looking for a fixer-upper?" or "what part of town were you thinking?"  But we go through our "tidy" routine every morning anyway.  Or try to.  Yesterday Callisto took a stand.  This 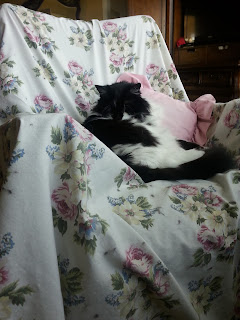 is the world's ugliest chair.  My parents bought it when they were first married, so take all the ugliness that was the 1960s and throw in "broke newlyweds" and this is what you get.  They let me take it to college, and my old cat, Catanova, firmly adopted it.  This worked out really well as I always kept a sheet over it to hide the hideousness which ALSO had the perk of isolating cat hair.  When I got Callisto, in spite of Catanova's protests, she liked to cuddle up with him/on him in the chair, and got sole custody when we lost him.  She always sleeps in it at night, so every morning we haul the ugly thing out to the garage, and every night we haul it back UP (did I mention that it's heavy and there are stairs?).  Yesterday she had apparently had enough of such nonsense and stayed firmly glued to her chair until well into the afternoon, and has already given me a stern meowing for removing it this morning.  I thought about just putting a sign on it saying it belonged to a cat with very poor taste in furniture, but I'll save that for later in the process--you know, the "hard alcohol" stage..........