Though, to be fair, I haven't relaxed quite as much as Theo. 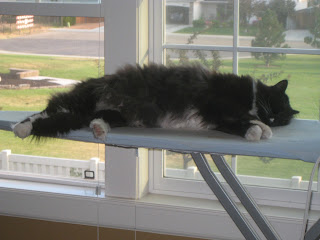 My little sidekick is finally his old self again.  I'm still giving him two kittty meds, but mercifully they are capsules that can be sprinkled on his food.  Of course, being a cat he can still make that extremely difficult, and has pretty much decided that if he has to eat wet food, it must be the most expensive one I can find (Fancy Feast Appetizers but ONLY the fish flavors--can you beat that?), and there are days when I chase him around the house with the container to try to get him to eat enough to get the drugs down, but it's still better than the continual trips to the vet or the antibiotics.

Andy is away on business for a couple days, so 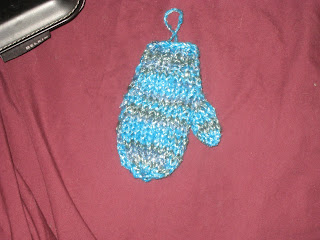 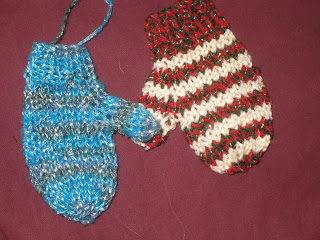 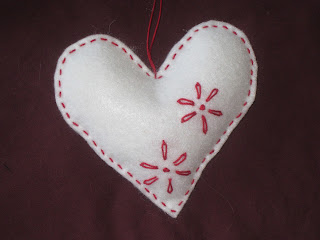 there are some new ornaments.  My freehand embroidery skills are still rather poor, but as we have TWO Christmas trees, we also have two backs of trees, so felt ornaments seem like a good way to practice.

And--brace yourself--after the ornaments were done (and the bills paid and the garden watered), I dug out: 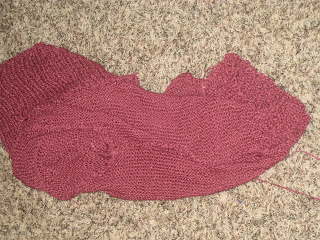 It isn't my oldest WIP, but it is probably my most ridiculous one.  It's a sweater I started in October, and which has been waiting for me to finish the seams for at least 8 months.  I was going to wait and surprise you all with a picture of a finished WIP, but I thought the shock might be too much.............