Where Has The Week Gone?

This might be surprising, but I have actually been following my doctor's instructions to not do anything that hurts my back.  However, my back made no such promises.  Driving down to the physiatrist's office on Monday, it started to hurt, and by Monday night had wound up my muscles enough again to set me back about a week when I went in for therapy on Tuesday.  While the soft tissue work is quite painful, it really seems to be helping, but after pretty much two years of pain, I've made quite a knot in my muscles, and it's going to take a while to unwind it.  Especially if it's going to hurt for random things.  I am keeping the Valium close, just in case.  It can ache a bit from being tired (which it does), but as soon as the muscles start to clench up from the pain, I'm in trouble.  So, there's been lots of heating pad time, as well as, 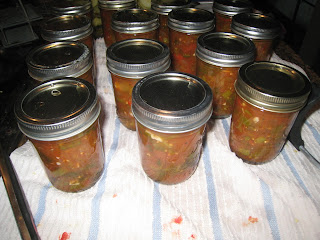 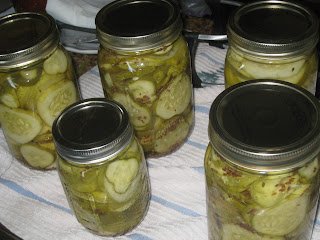 lots of canning because it's August.  Canning gives one some "waiting while....." time, but not any long stretches, so 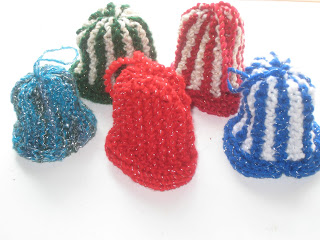 I have been making bell ornaments.  Five are finished and waiting for the actual bell to be attached, 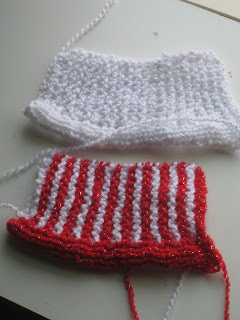 and two more are waiting to be sewn together.  The white one is a new idea--right above the brim of the bell I made a series of yarn-overs, and will thread ribbon through them.  I think it could be cute.  The striped ones are my favorites so far, but it had been so long since I made one of them that I had forgotten how I actually did it, and first had the color changes happening on the wrong side, then did something else and had to start over twice, but now I've got it.  I'm not sure I like them as well as I like the mittens, but they do make a nice change........