Even someone who is able to delude herself regularly regarding knitting could not pretend that there was any way to increase the "yarn used" total by midnight tonight, so..... 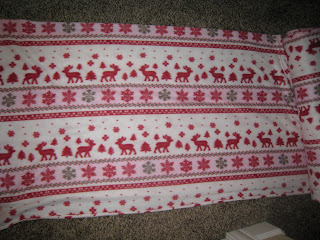 I started working on Christmas presents for 2009. Yes, with this totally uncharacteristic burst of planning ahead it does make one wonder if I have been possessed by aliens or something, but as they are obviously highly organized and productive aliens, so I am leaving well enough alone.

I found this fleece yesterday and thought it would make delightful fleece throws--especially with a decorative stitch hem and embroidered names--so I bought enough for 6 blankets. I finished one tonight: 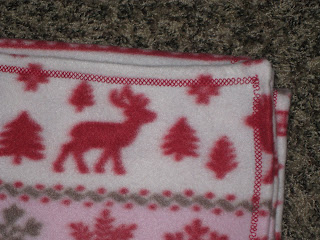 and got to add one and two-thirds yard to my fabric tally. Do you know, that was more exciting to me than the prospect of going out for New Year's Eve--who needs crowds and noise when one has fiber?

I also found some flannel for new pajamas for Andy 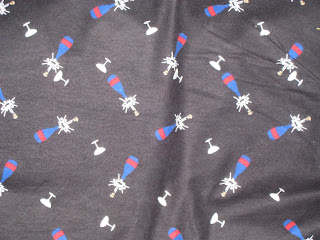 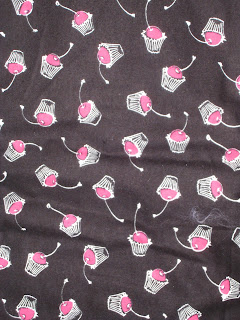 In reality, I'm sure I have purchased more fabric than I used in 2008--I'm afraid to do the math--but at least I have used 74 and a half yards.

Theo got his first outings on a leash today, which he didn't enjoy in the slightest. If he wouldn't try to jump onto the fence (5 feet) or dash for the hole under the gate, he would still be allowed in the backyard without the leash, but it's too dangerous for him outside the yard while he's injured. Obviously, it's dangerous out there without the injury as he received an injury in the first place, but we'll deal with that at a future point.

And the most exciting news of the evening:

I'm not sure I'll even be able to sleep tonight!!!