And Now There Are Nine

Idaho got it's first confirmed corona virus case Friday, and we're already at 9 confirmed cases with at least 37 people being monitored.  Most cases were from people bringing it in, though I think 4 cases are untraced and are all in a pretty small population base, so it in the population in general in some areas.  Being a state that loathes government, the governor is leaving everything to counties and cities. so things are uneven and confusing with some cities acting quickly to stop the spread and others still pretending it's a hoax, so I'm sure THAT will turn out well.  Andy's company and my new company have already sent everyone home to work, so it's nice to be part of organizations taking this seriously.  Meanwhile, 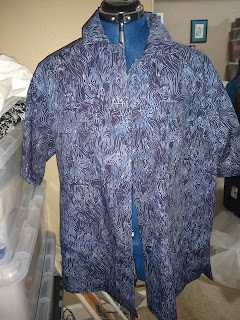 Andy's Valentine's Day shirt is finished except for some hand stitching and buttons.  Clearly, not exactly on time. 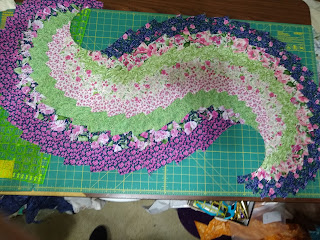 and will be frantically finishing this one 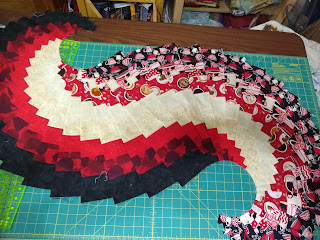 for a charity auction for my local Boys & Girls club.  Normally, their major fundraiser would be coming up in just a few weeks, but it's had to be cancelled because of coronavirus, just at the same time demand for their services is going up, so we're switching to just an online auction.  There's always an online portion, but that is usually donated items like restaurant gift cards.  This year, that's a bit more problematic because I don't know any restaurants not hurting for money, so I'll probably go buy a gift card or two to put with this, and Andy is donating a piece he made with the new laser cutter, and we'll hope for the best....and send them a check.

The cats are loving having the humans home, 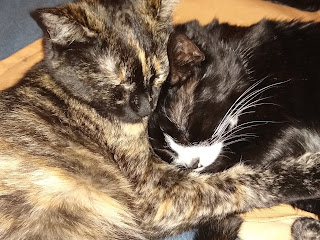 though Charlie gets a bit impatient when there isn't enough sewing happening: 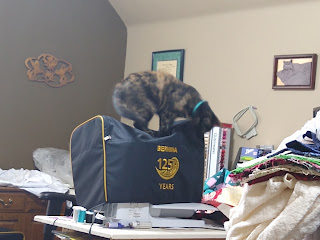 I've also been doing some gardening, and we have our first flower: 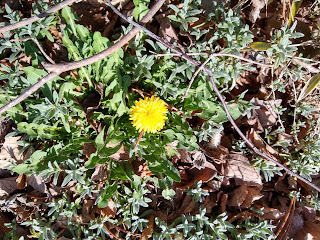 This week I'm choosing to be excited even about a weed blooming.  I think the world needs a splash of spring color right about now, don't you think?