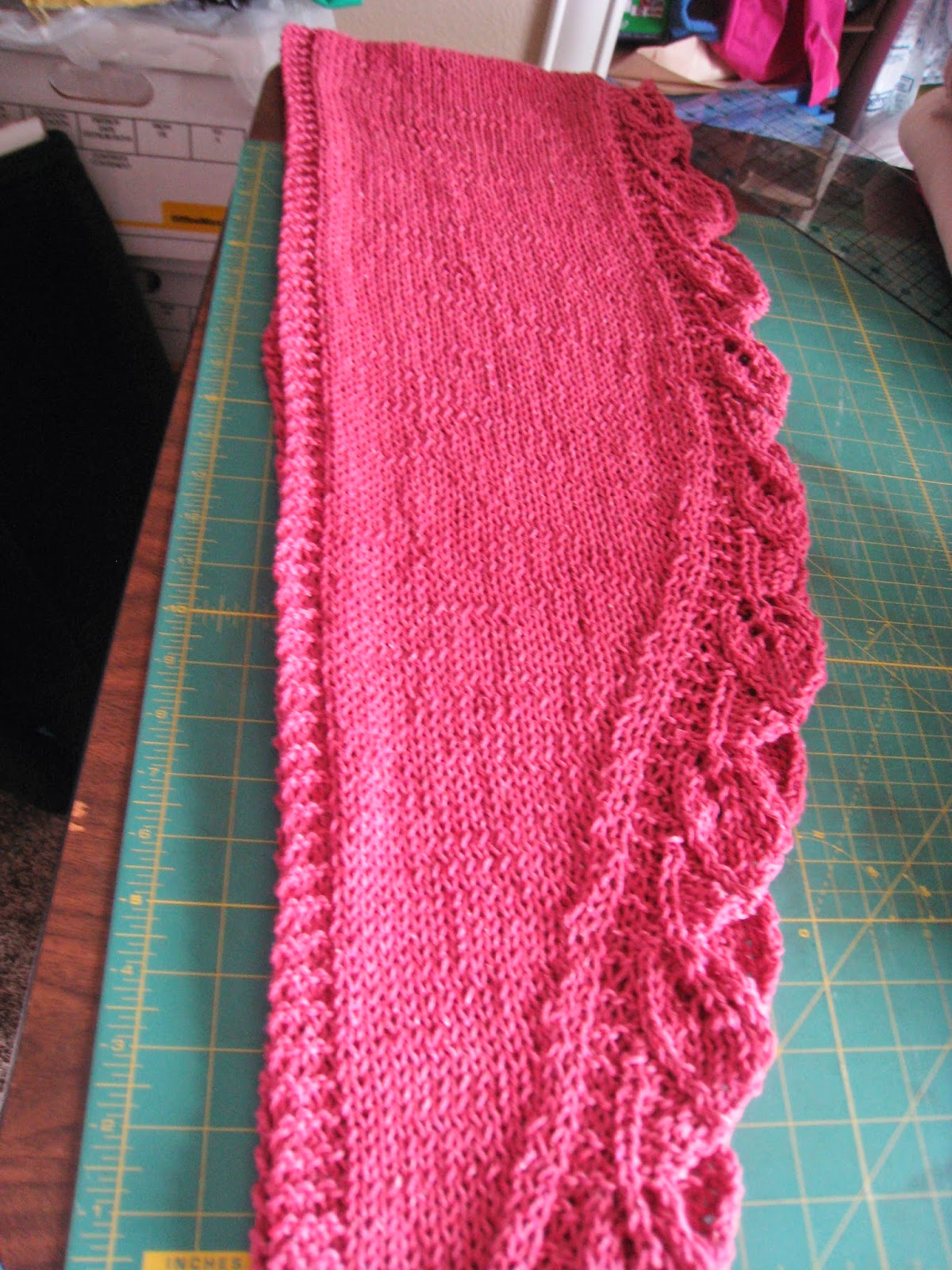 It used up almost every bit of the Aunt Lydia's worsted weight denim I was using, 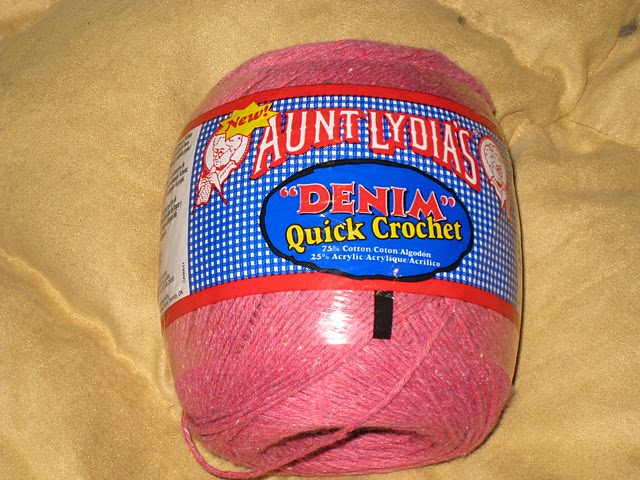 which is where the cool cardboard tube came from.  It actually found a home protecting one of my pepper plants from my little helper 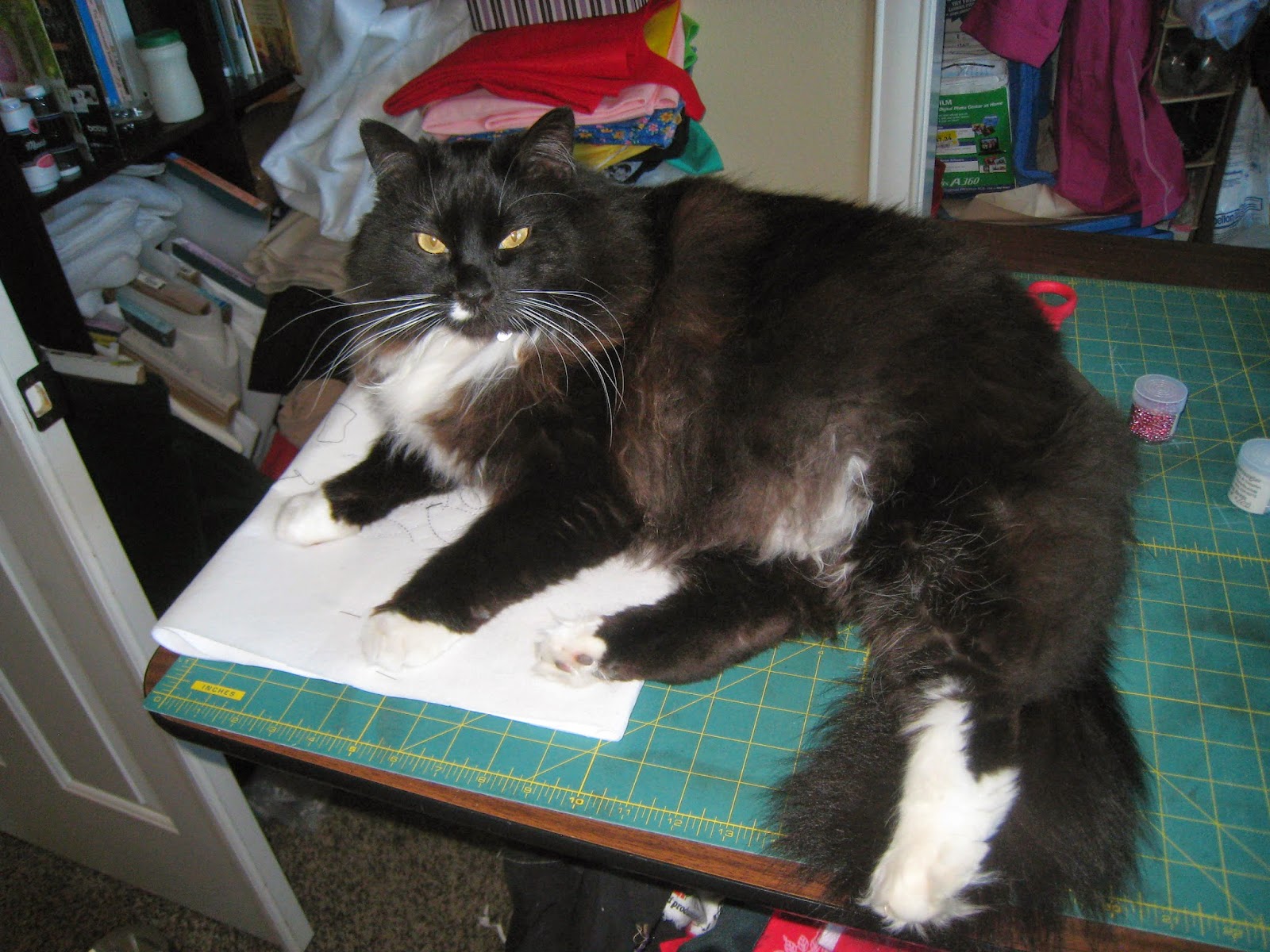 so it turned out as sort of a win-win.  I did use it and it IS doing something helpful, but it isn't in my craft room.  Which is good, because basically everything else IS.... 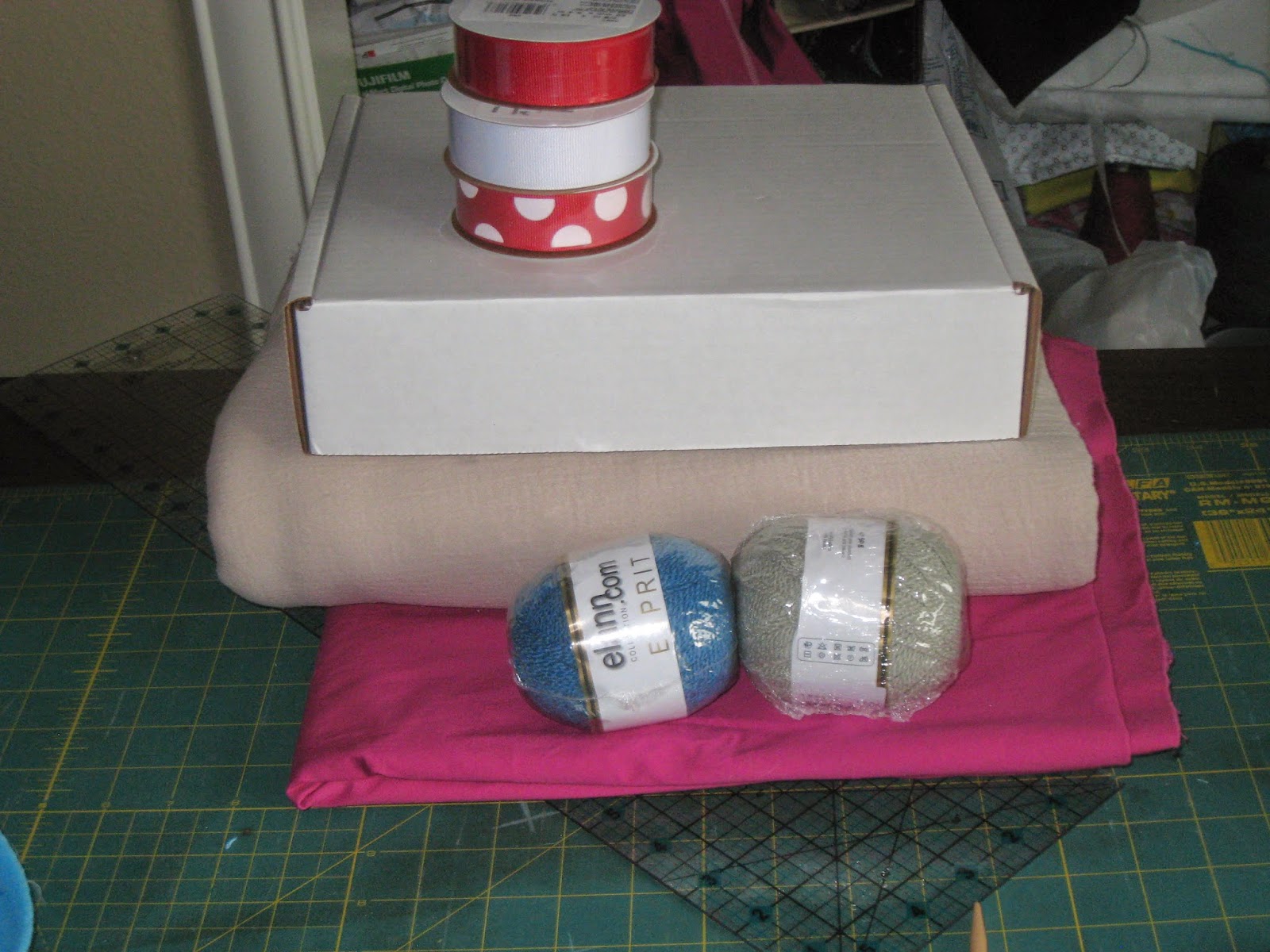 I am joining in a 2-month basket dash on Ravelry, starting July 1.  I have made 45 things this year so far, but it doesn't really feel like I've used up much of my stash, so I thought I needed a little visual reminder.  I'm putting together a stack of things to use up in the next 2 months. I think sewing and I are back on speaking terms after this: 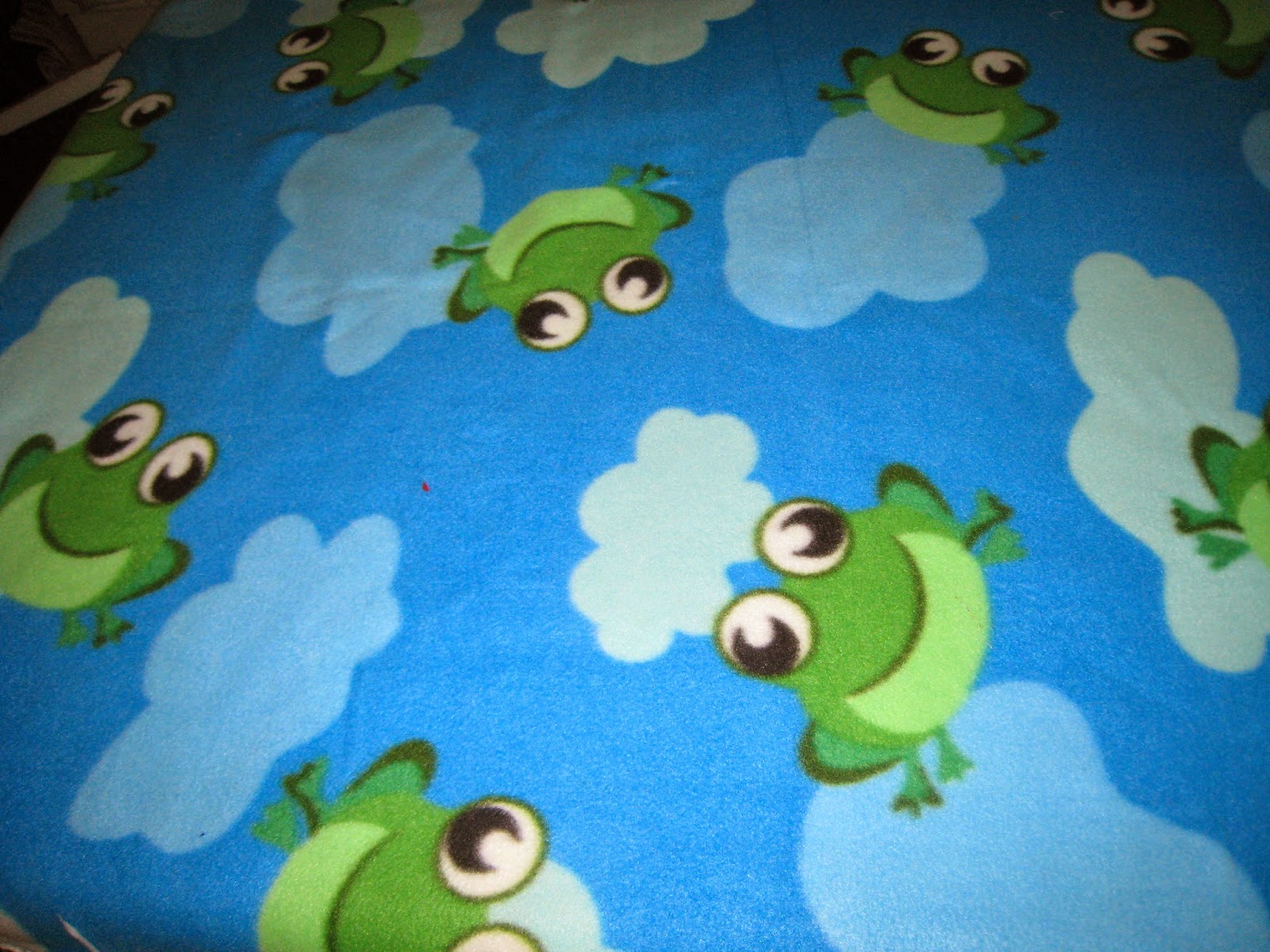 I've had a yard of this adorable froggy fleece fabric for several years, and had just taken it out of a shelf to make room for this 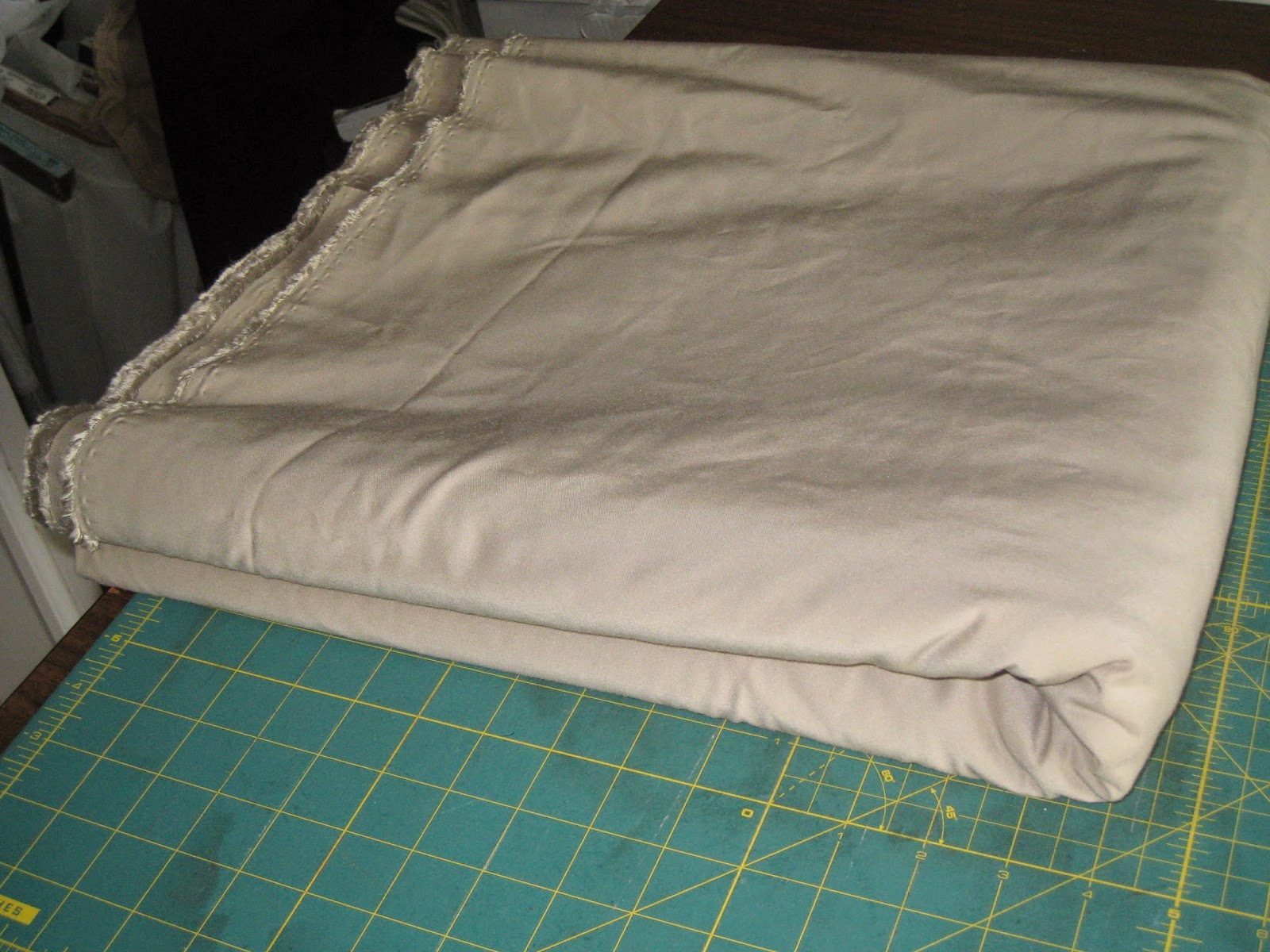 which is seven yards of some sort of suiting material in tan which I didn't have on my fabric spreadsheet, and after taking the fleece out, I thought that if I made a couple baby blankets out of it, I 1.) wouldn't have to fit it back into the shelves and 2.) could actually be ahead on baby gifts again.  And, okay, 3.) would get two finished projects in just under the wire.  I swear that wasn't really my prime motivation....  Though this might also have had something to do with it: 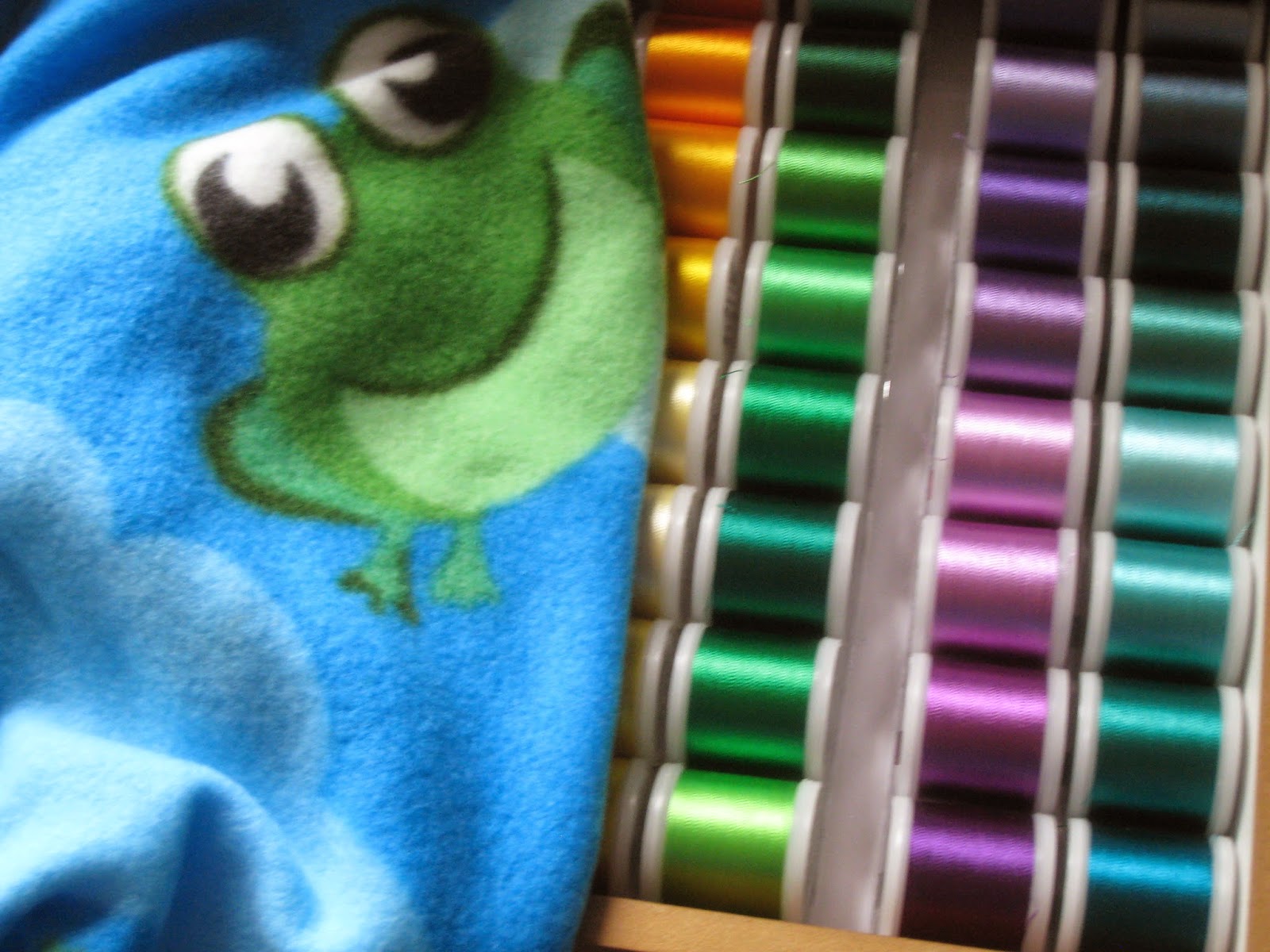 Picking out decorative thread colors!  I love the new thread chest, love playing with it, love looking at it, have started putting together a big list of embroidery projects to make, but haven't used any of the thread yet.  When possible, I've been using up the thread I already have because then I won't need to store both.  But this does make it very fun to match colors.

I have done decorative edging on fleece blankets several times, but not for a little while--maybe a few years.  Long enough, at any rate, to forget what on earth I did to get them to not pucker on the stretchy sides: 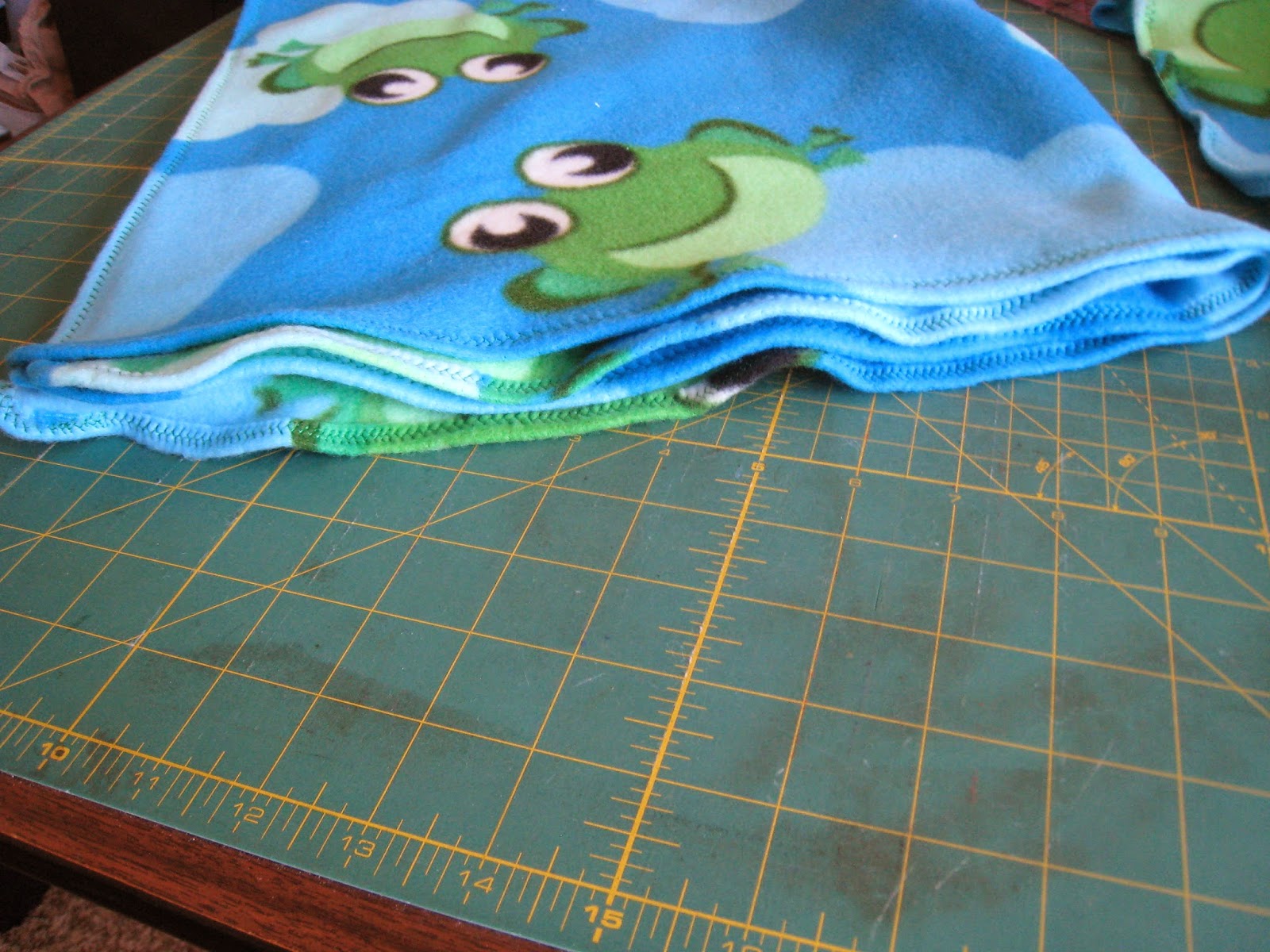 The first blanket is finished, and might get a little less stretched out when I wash it, but not much.  So for the second one, I picked a less thread-intensive stitch, reduced the pressure on the pressure foot, and... 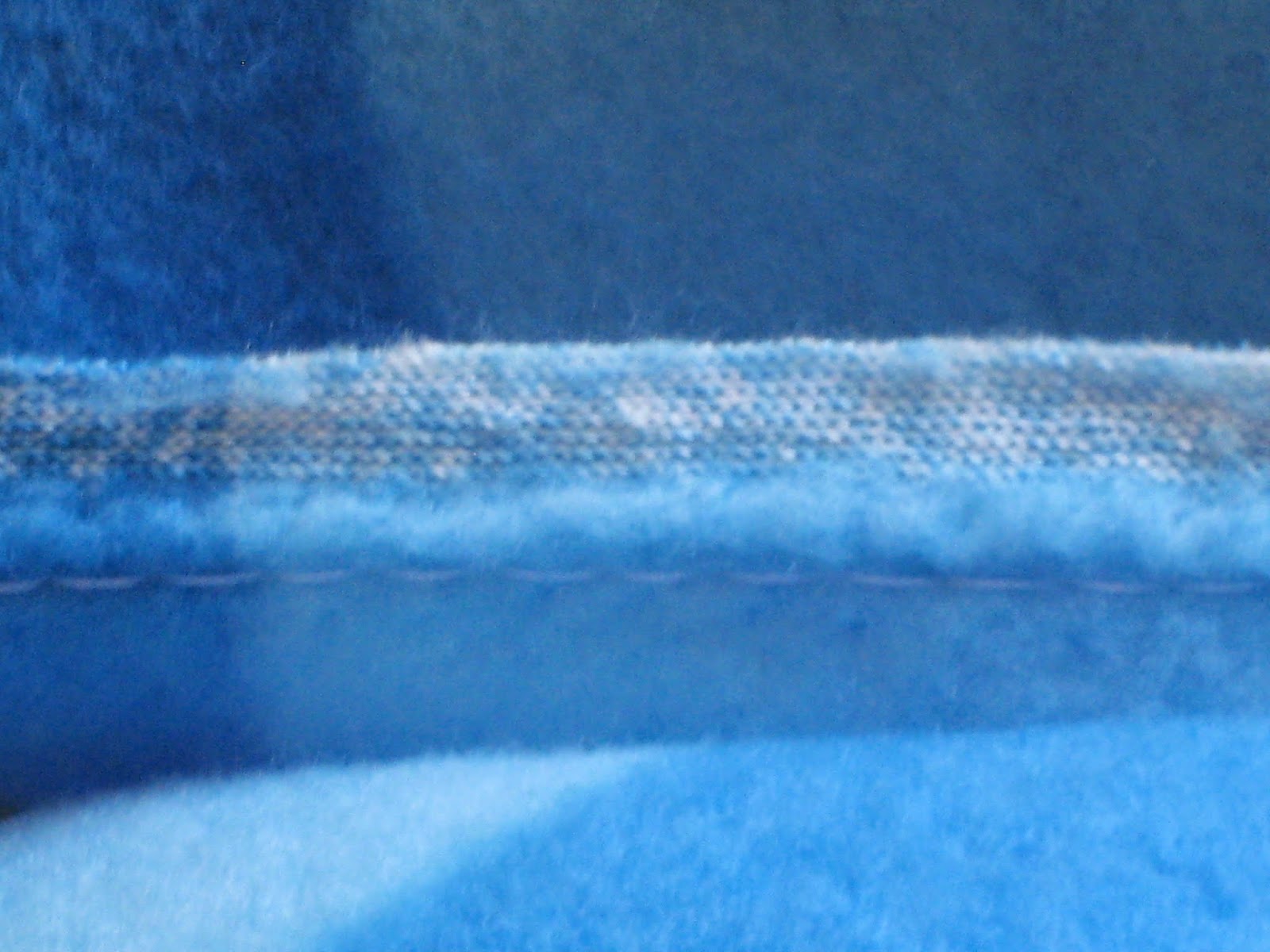 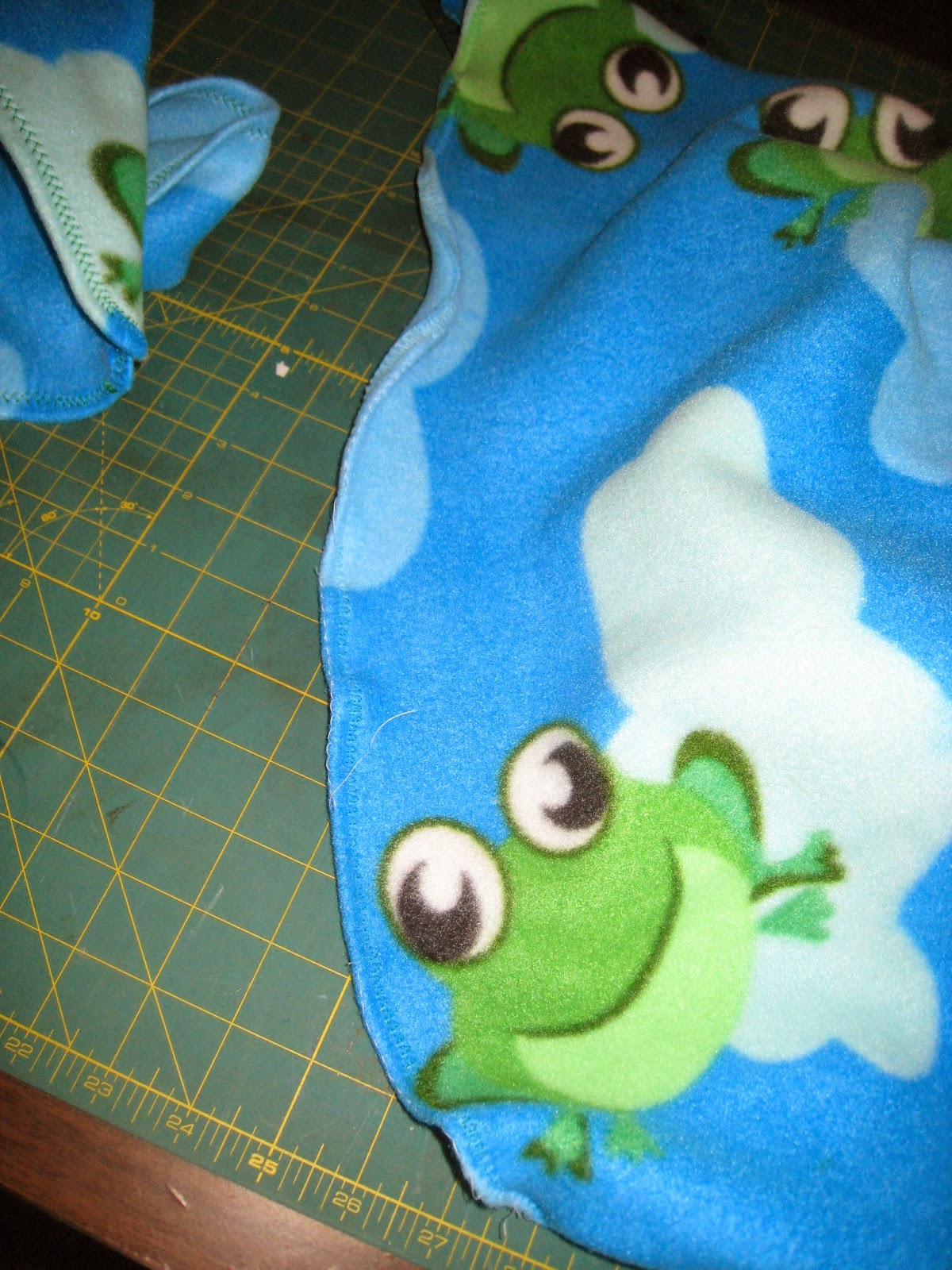 and now it's all wonky.  For its own protection, it's in a bag at the bottom of the closet right now, but when we're back on speaking terms, I will be cutting the edging off with a rotary cutter with the wavy-edge blade and calling it good.  Not even the possibility of another finished project before the month ends tomorrow will make me go near that darn blanket right now, and THAT is saying something.............