Less than an hour before the realtor who SWORE his client was serious and motivated was due to show our house on a federal holiday, he TEXTED to cancel because that's so professional when you've interrupted someone's three-day weekend. Guess there was an emergency barbecue or something.  And the best part?  Same real estate company that we don't think actually showed the house on Sunday.
Posted by Toni at 10:08 AM 3 comments:

I Think The Crafting Gods Handle Real Estate As Well

While I was painting the back door, Andy replaced the vinyl fence panels that had managed to melt under the "crushing" heat of the eastern sun off our tiny living room windows, and then I helped him hang some trellis panels, 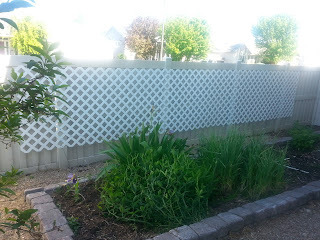 to hopefully stop it from happening again. It looks much nicer than I thought it would and hopefully is a permanent fix.  I know we're selling the house, but we have loved this house, and I have a built-in fondness for the people who will see it and also love it, so we're trying to fix things as WE would want them fixed.

Yesterday we got up and spent a couple hours cleaning the house (again) to be ready for the showing, then went out for lunch and to a little park I hadn't yet been to, 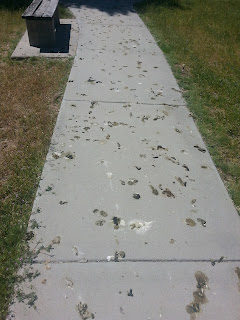 perhaps for good reason.  This wasn't even the worst of it: 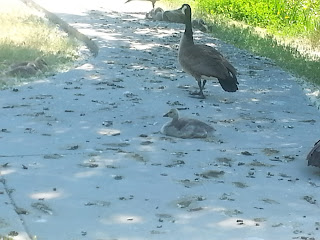 Did I mention it's a little wetland/wildlife area?  Lots of people don't know about it, but geese with intestinal issues certainly do.  Occasionally we stopped for a while to watch nature, 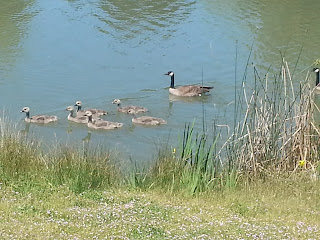 but it was definitely not a park for a scenic stroll unless "scenic" somehow entails watching the ground for every step to avoid goose poop.

We came back to find there wasn't a card, so again, we're not even sure the showing happened and in this case would be seriously irritated if it didn't, but we were free the rest of the weekend, so Andy went out to the garage to play with the scroll saw he hasn't touched in months, and I fired up Jeeves for a couple more watermelons for the bunting and worked on the corduroy jacket.  We decided to barbecue (again) for dinner, and we were feeling so relieved at having a break from showings that I left everything out in the sewing room: 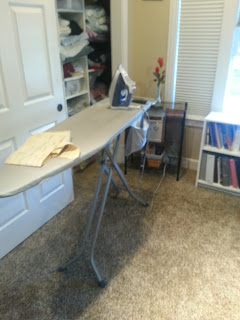 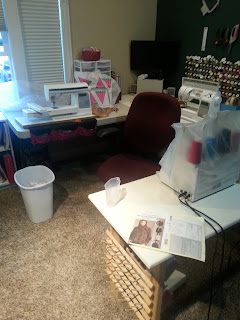 Yep!  We stopped for a nice evening on the patio and I didn't even scurry to put everything away!  It felt SO nice and pretty rebellious, and we were just laughing about having a full-fledged day off in the morning when,


We got a call for a showing this morning.

Before agreeing, I made sure it wasn't the realtor from yesterday rescheduling or something because I frankly would have said no.  I know we want to sell the house and everything, but if someone had set up an appointment on a holiday weekend, not shown up or bothered to call, then called to wreck a SECOND day of the holiday weekend, that's completely out of line.  But this seems to be a different realtor and he swears his clients are serious, and I'm sure this is just because we were so excited to have NOT put things and the Real Estate Gods, who behave an awful lot like the crafting gods, decided to mess with us.  Why else would anyone call on a Sunday night of a holiday weekend?  We were hanging out on the patio with margaritas waiting for dinner 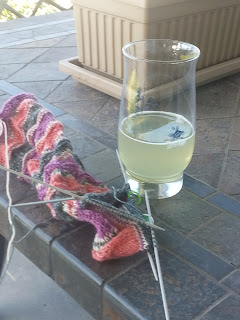 when the phone rang, so the realtor isn't having much of a holiday weekend, either.  At least the house is still quite tidy, but I did go back to the sewing room after dinner, get a bit more done on the jacket, then sadly put everything away again.

Who knew holiday weekends were for house shopping?