Which theoretically means that I regain my crafting sanity on the first of April, right?  I will make a note to remember how that feels.  As a woman with over 50,000 yards of lace yarn alone, it's not a sensation I'm overly familiar with.....

So, yesterday I hemmed and hawed and looked at the patterns and the yarns, and this morning 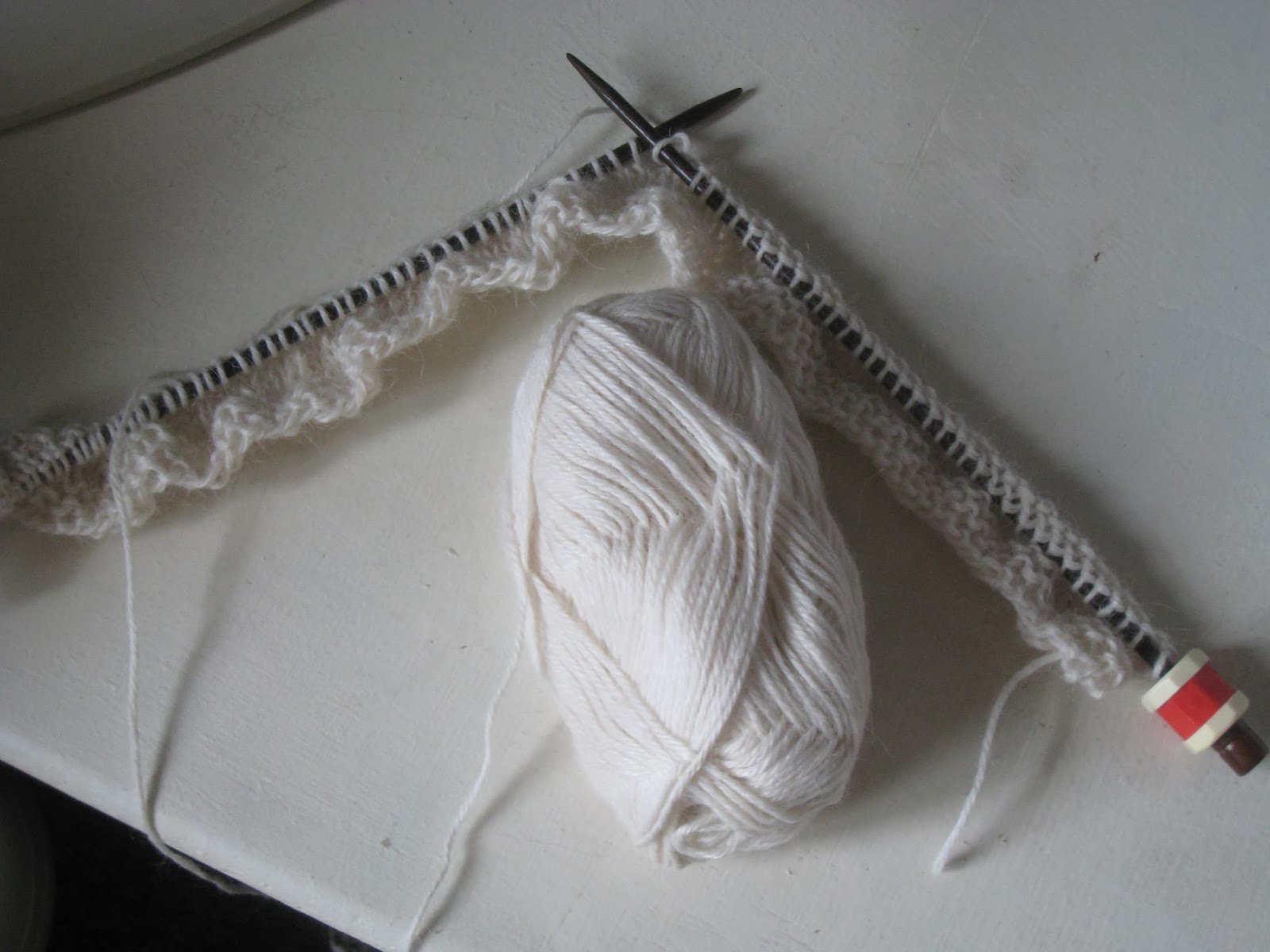 went a completely different route.  This has at least been in my queue for at least a year, and is DEEP stash--another colorway of the alpaca I've hoarded stashed in so many colorways.  I bought this in 2006 to make a sweater for my husband while we were on our honeymoon, and still have 17 skeins of it left. 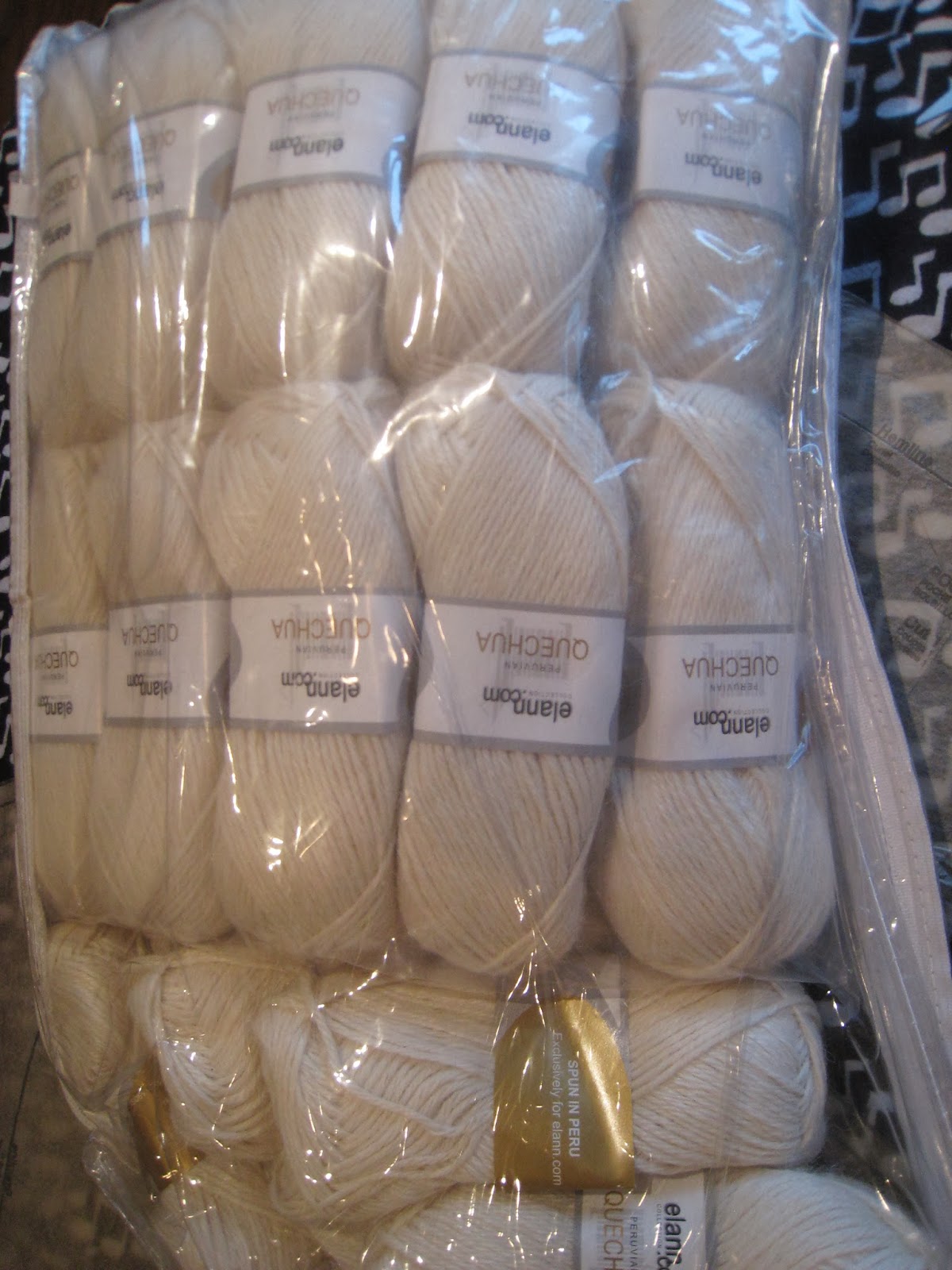 It doesn't take up quite as much space in the closet as the Lion Brand yarn, but it takes up a lot of mental stash.

When it came down to it, almost everything else I was looking at would require alterations of some sort, or longer needles, and after 2.5 years of a LOT of knitting, my hands get tired faster when working with bigger needles.  After two swatches to verify, I can use the size 7s the pattern calls for (I know, weird--right?), and in nice warm rosewood in shorter needles.  And much of it is in nice, boring stockinette stitch, so it will be a nice break from my chart-intensive WIP pile. 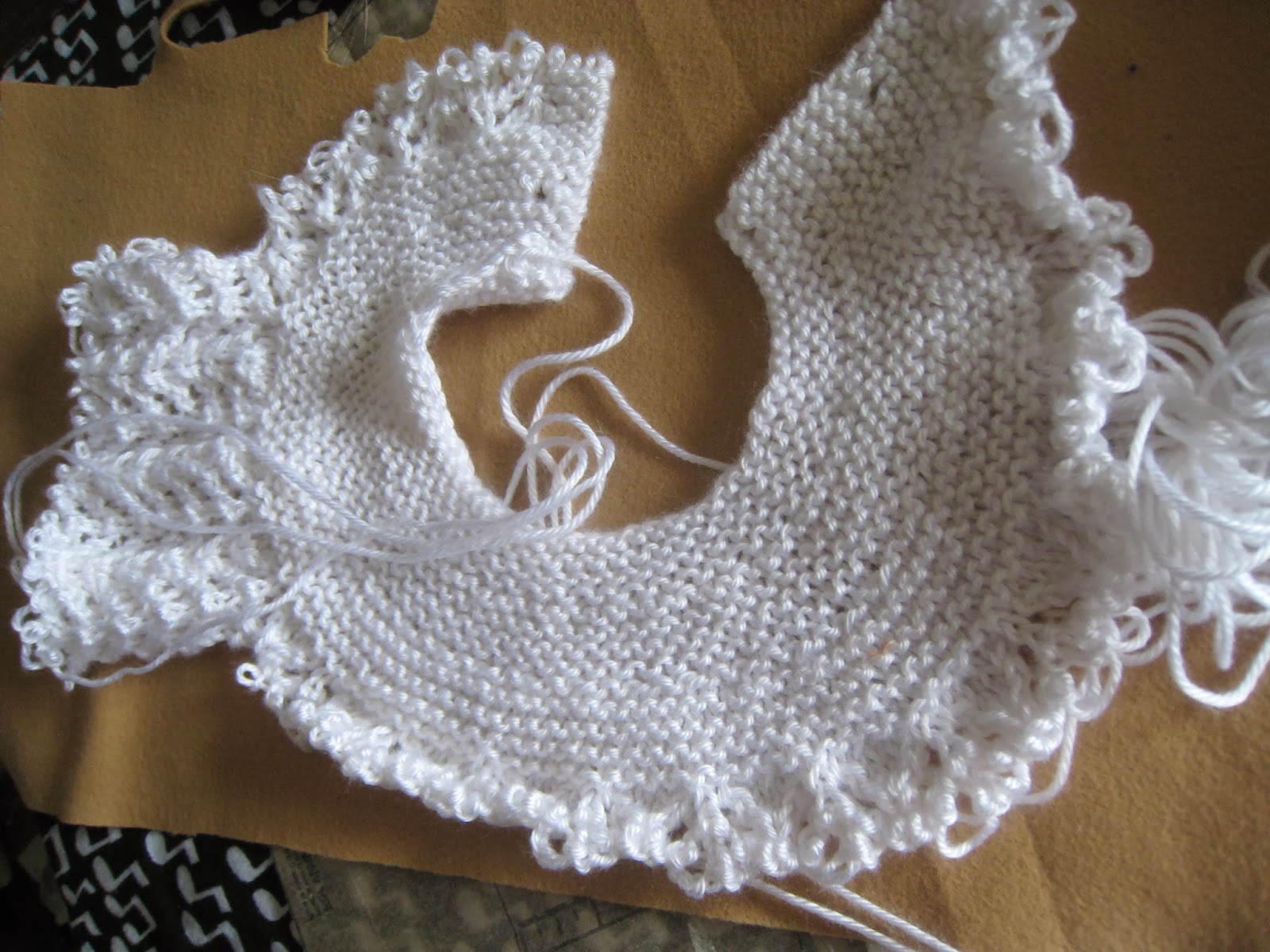 the February baby sweater is no longer with us.  I think I used up most of the remaining yarn for it in the BSJ earlier this year, and when four years have gone by and you still can't convince yourself to even work on a little baby sweater, it's time.  So 1 new project, one frogged project.  AND, I am trying a new way to channel my Type-A tendencies toward my knitting WIPS:  I am keeping track of how many rows I knit on any WIP for the remainder of the year.  I wish I had thought to do this in January, but as one WIP was an ornament, that would have skewed it with some very short rows.  Most of my existing WIPs are wonderful, but not even close to being done.  I enjoy working on them, but I'm not going to get the satisfaction of having a finished project for most of them anytime soon.  So, frogging the baby sweater left me with 20 WIPs.  There will be some smaller projects during the year because I'll need some gifts and instant gratification, but every time I work on one of those 20 WIPs, I'm going to write down the rows/rounds worked.  My goal is for at least 1000, but since starting this on the 27th, I have been so obsessed about "just one more row" that I'm already at 35 rows.  I got the idea from the Fall Stash Dash, because I still felt like I was making progress by doing 20 rows on a project even though there was no visible progress, and it should either get a few of them finished or many of them moved along before the year is out.  Just 5 rows a day would add up to 1825 in a full year, and I am trying to ignore the fact that the Starmore sweater on size 2 needles could probably eat up that entire amount.  In rows, even that thing is probably manageable...........