Do You Ever Just Shake Your Head And Wonder? 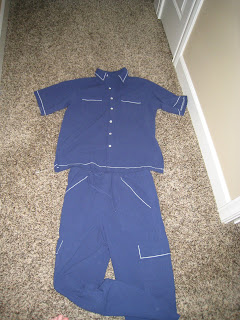 because what grown man, aside from Popeye and perhaps members of the Village People, wouldn't want to appear in public in a sailor suit?  Not even when I took this picture did I realize what a dippy outfit I had made for him.  To his credit, he has worn it around the house a lot, but not in public.  I don't blame him at all--but last week I decided that it was a shame to have gone to so much work for something that would get him beat up if he ever had to appear in public in, so 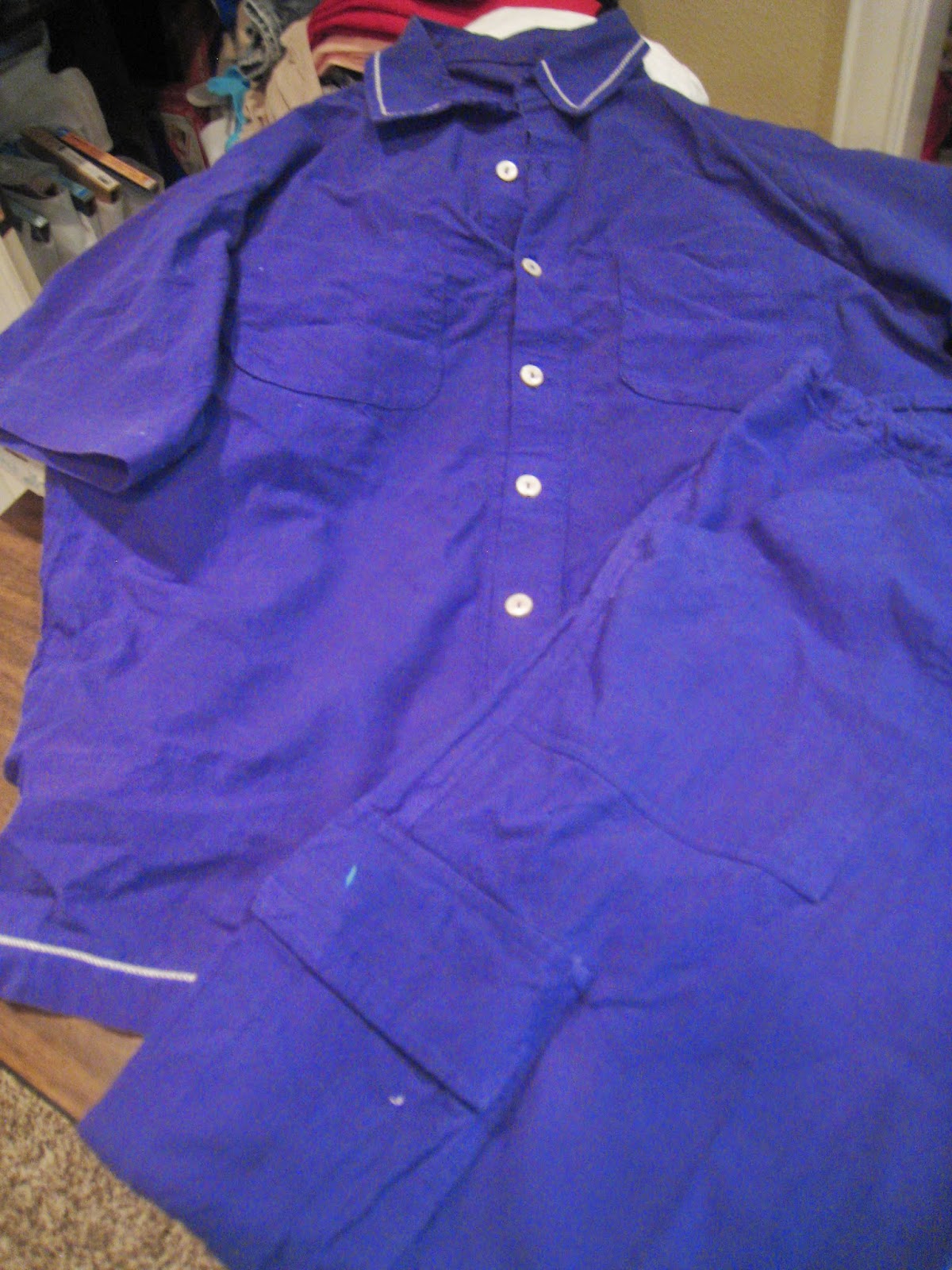 I have finally ripped out all of the decorative stitching except for just the collar and bottom, which looks rather nice together.  Since it took some serious time and effort, I have counted this as one of my Finished Projects for the year, and Andy is currently wearing them as I write this.  Un-doping a project counts as a new project, right?

In a mad-dash to get back on target for August, I have finished the corded rib socks, by the closest yarn margin ever: 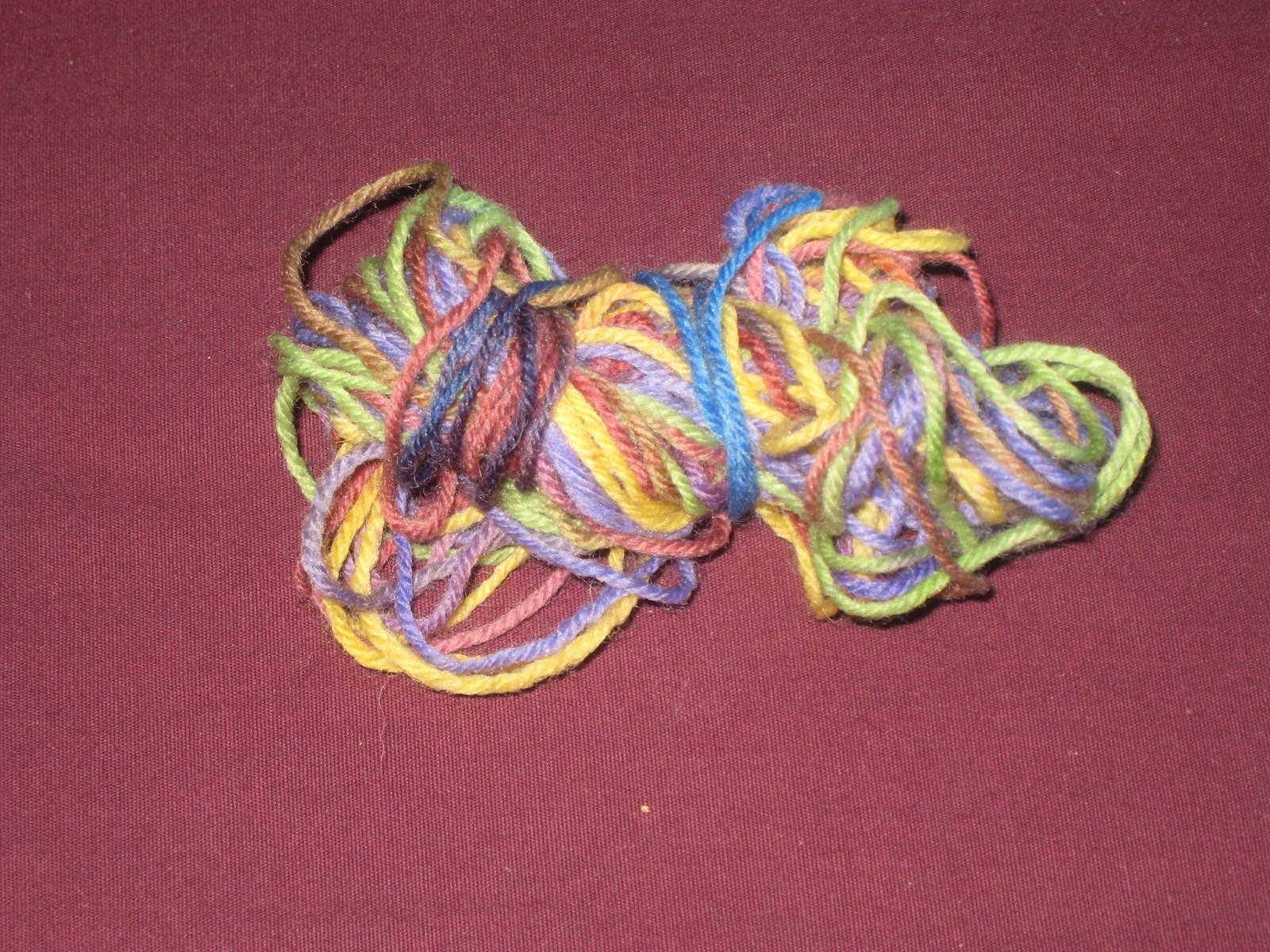 There was a point when I hadn't started the toe decreases when I was beginning to wonder if I would make it.  That second sock might have been knit just a wee bit tighter than the first one......

Sunday I finally got to use the new yarn chest: 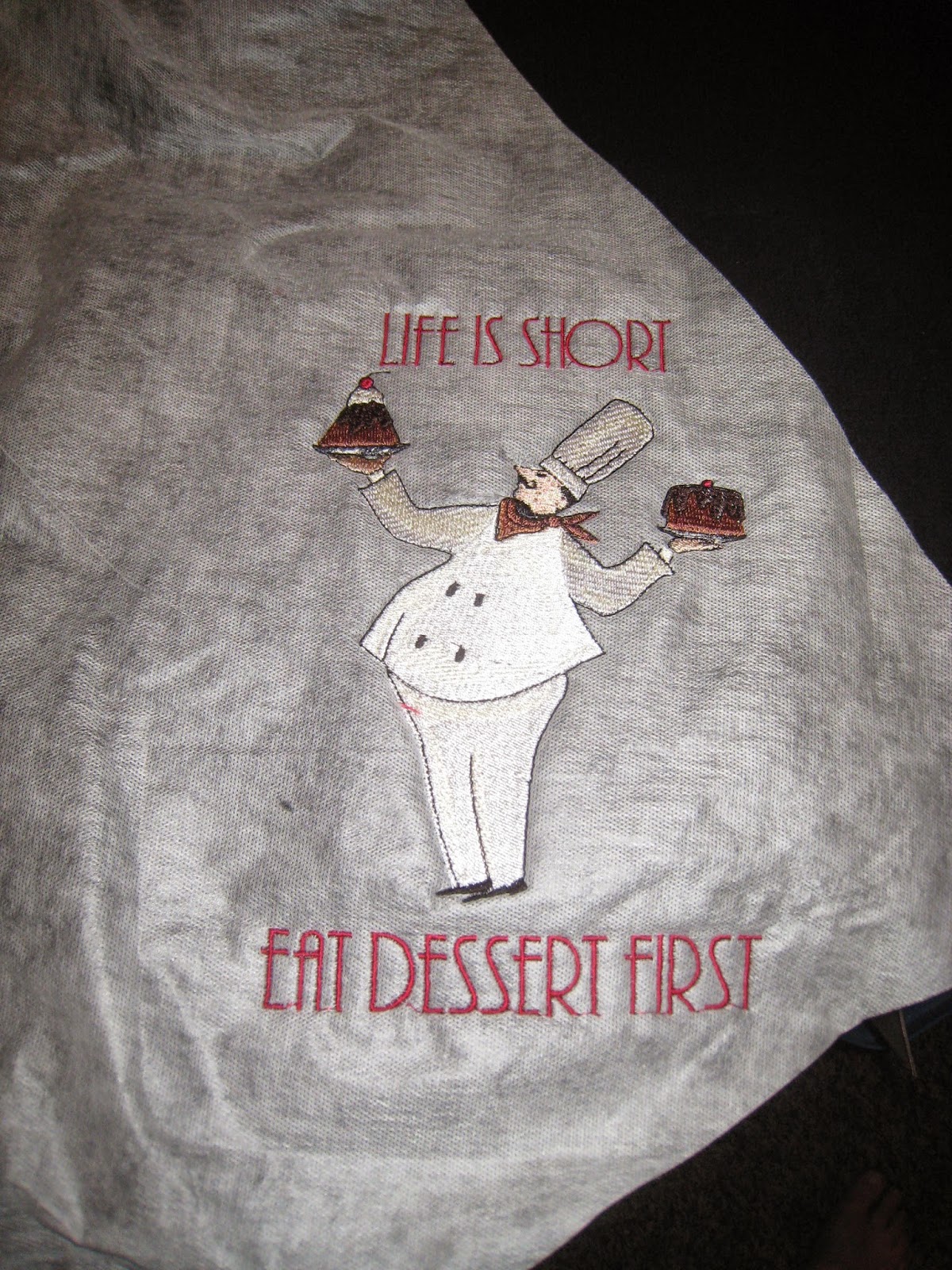 and have created the heaviest towel EVER.   Embroidery designs always mention how many stitches they contain, but that only works when one has been doing embroidery often enough to realize that 23,000 stitches is a really freakin' high number of stitches for anything that isn't supposed to end up bullet-proof.  The chef design came with the chest, but I added the words.  I think it would make a fun wall hanging, don't you?  As a wall hanging, I could make the font a bit bigger--what's a few more stitches?

Okay, and I love, love, LOVE the thread chest.  No doubt about it, I am glad I got it.  However, if I were the one designing the chest and the Madeira thread line in general, unless I had a really sadistic streak, I would have made the numbers in some sort of sequential order.  So, if for example some hapless little embroiderer embarking on her first project with the chest was trying to figure out the next thread for the thread change, color # 1241 ("Almost Grey") would 1.) show up in the color chart picture as grey instead of dark green, and 2.) wouldn't be in the chest between color #1000 and color # 1164 because a right-thinking embroiderer would be misled by the common assumption that 1241 does NOT come between 1000 and 1164 on any planet that has ever learned to count.  But hey!  What's more fun than a color-related scavenger hunt?  Goodness knows I have just longed to be locked in a paint store until I could figure out the difference in 347-shades of off-white.  I mean, who hasn't? 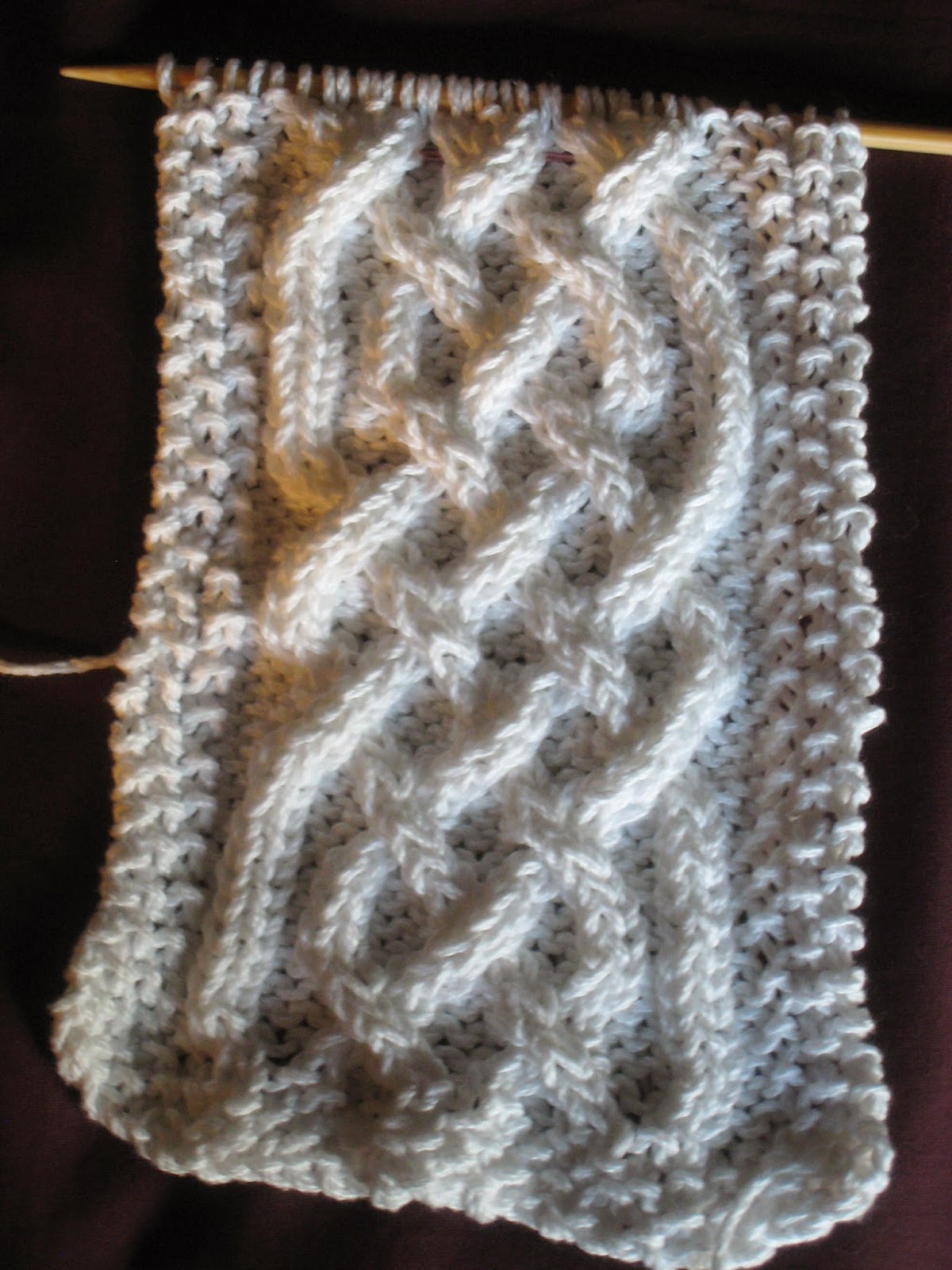