I Felt My First Earthquake Today

Wow!  A 4.9 earthquake hit Challis, Idaho this morning, and I actually felt it in my sewing room.  It was my first earthquake ever, and as I was upstairs it was a pretty big jolt, but it didn't even occur to me that it was an earthquake.  Challis had a smaller one two weeks ago, but the last big quake was in 1983 and measured 6.9.  My hometown did feel the tremors of that one, but we were in a car on the way to school and missed it--it wasn't until we pulled up to the school and found the entire school in buses parked on the football field that we knew anything had happened.  An earthquake!!!!!!!!!

It shouldn't be all that surprising in geological terms--Idaho is very close to Yellowstone which is a monster volcano, and we have natural hot springs everywhere, and we even have Craters of the Moon and even further north where I grew up, there is so much lava rock that there's one large chunk of land on the ranch dubbed "the Rock Pasture."  And the presence of the Rocky Mountains means two tectonic plates are meeting here.  But that's all pretty academic when something has just given your house a good, hard shake.

Anyway, before the EARTHQUAKE, my big excitement was going to be this: 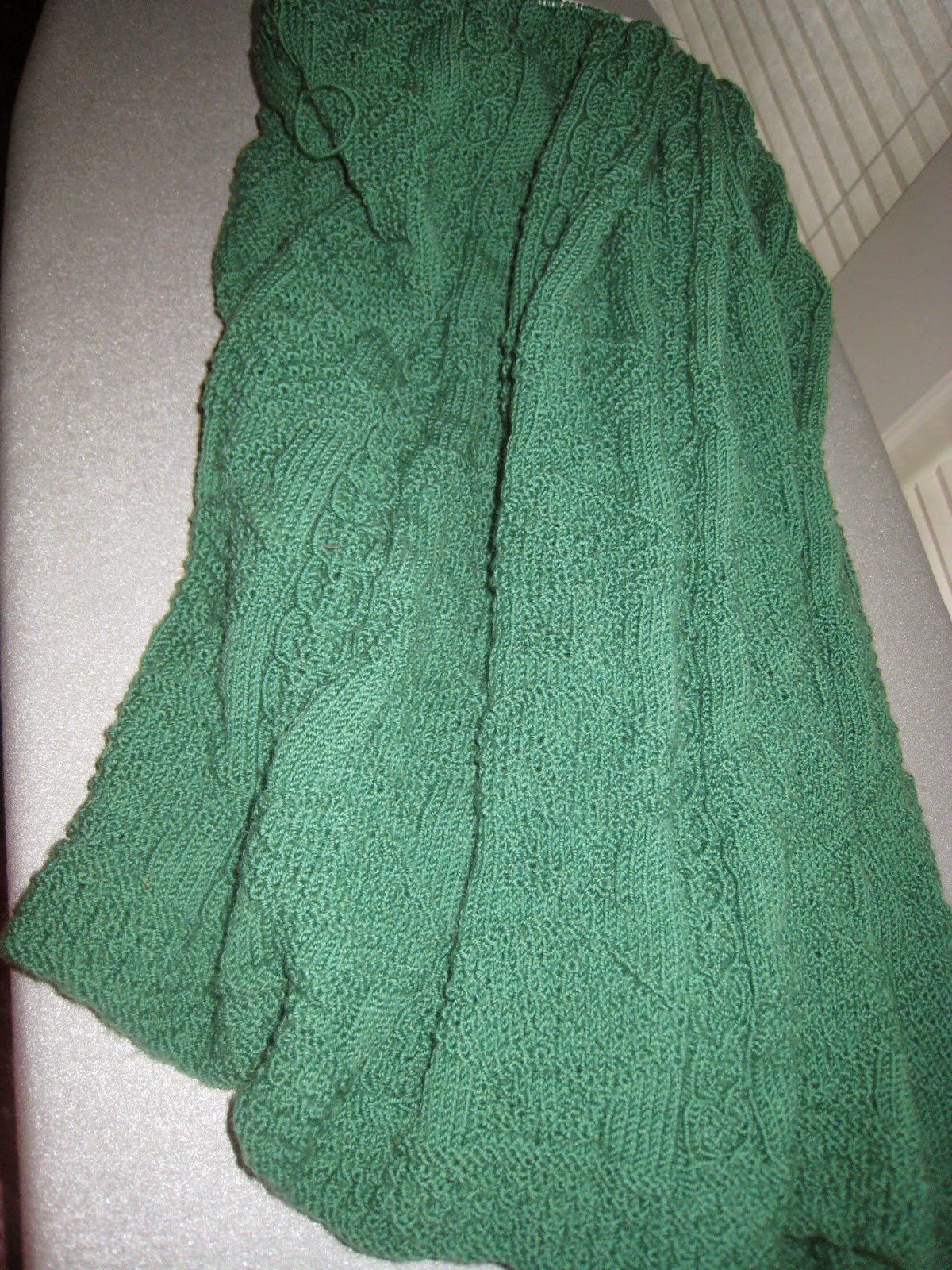 Yesterday was a pretty big crafting day, as I got my next table runner experiments started: 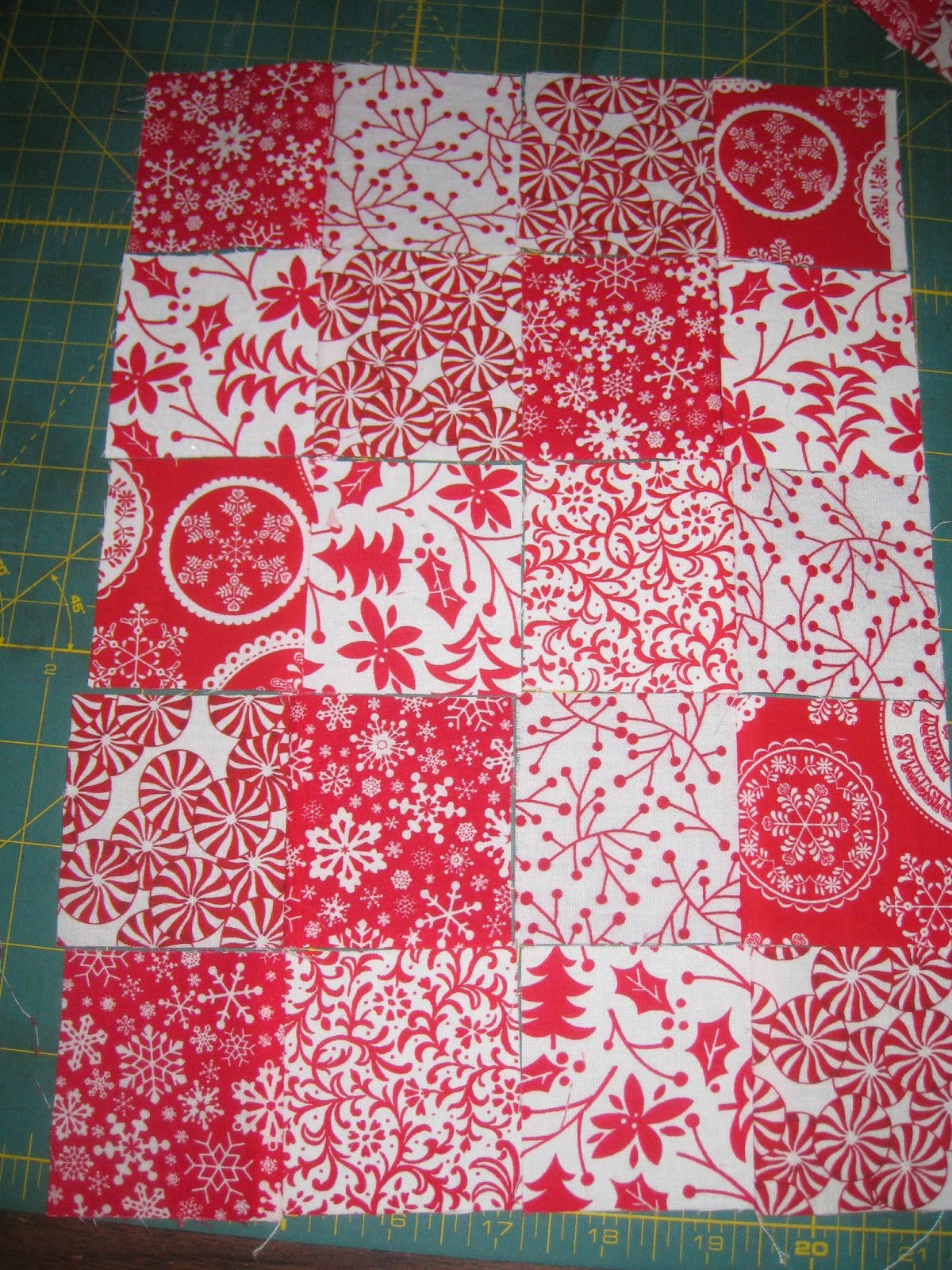 They're just starting to go together, but this: 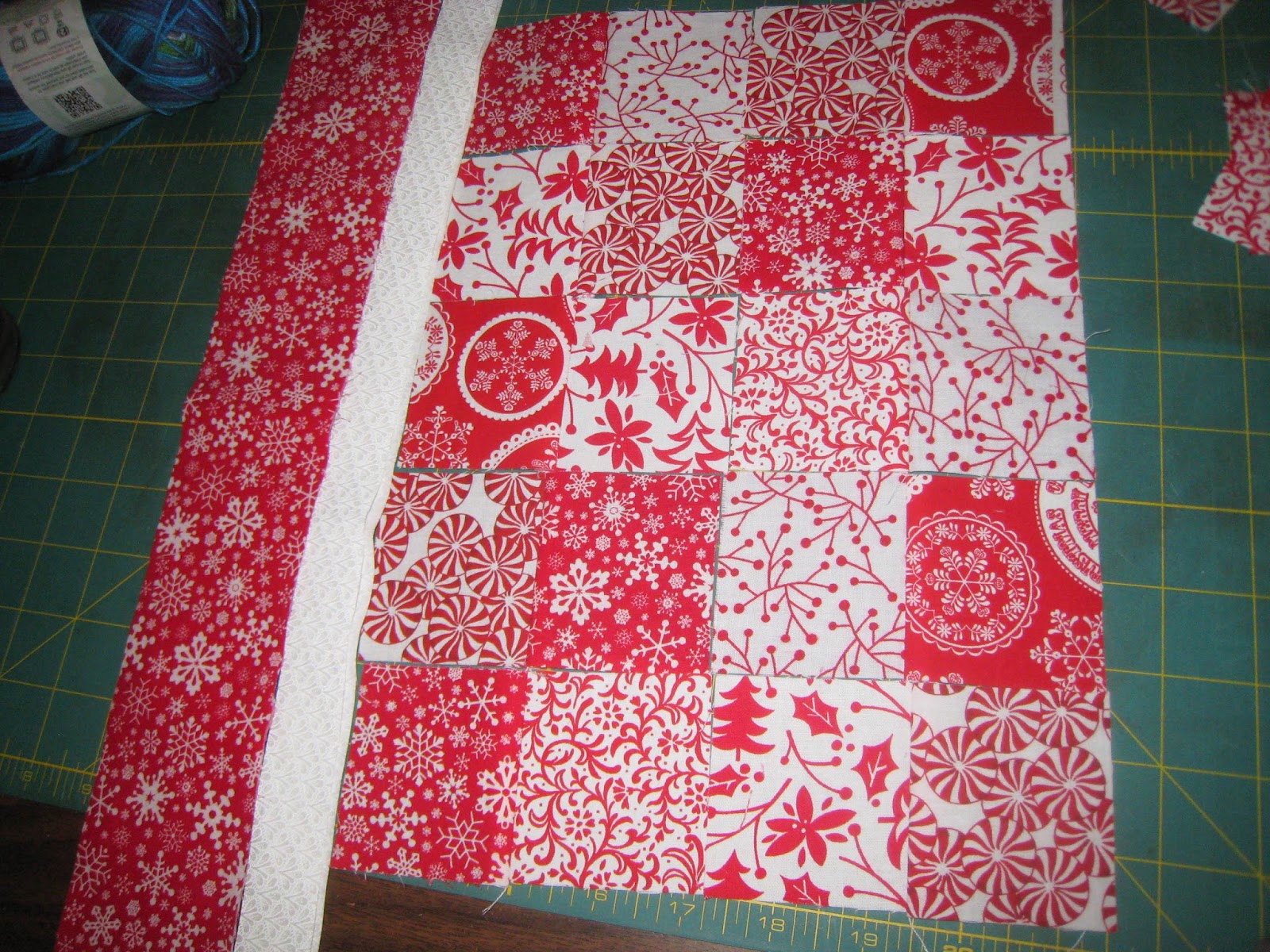 is going to be the general layout, and the plan--at least until I chicken out--is to try stippling with white thread over at least the main parts.  I'm hoping I can find the courage, especially since 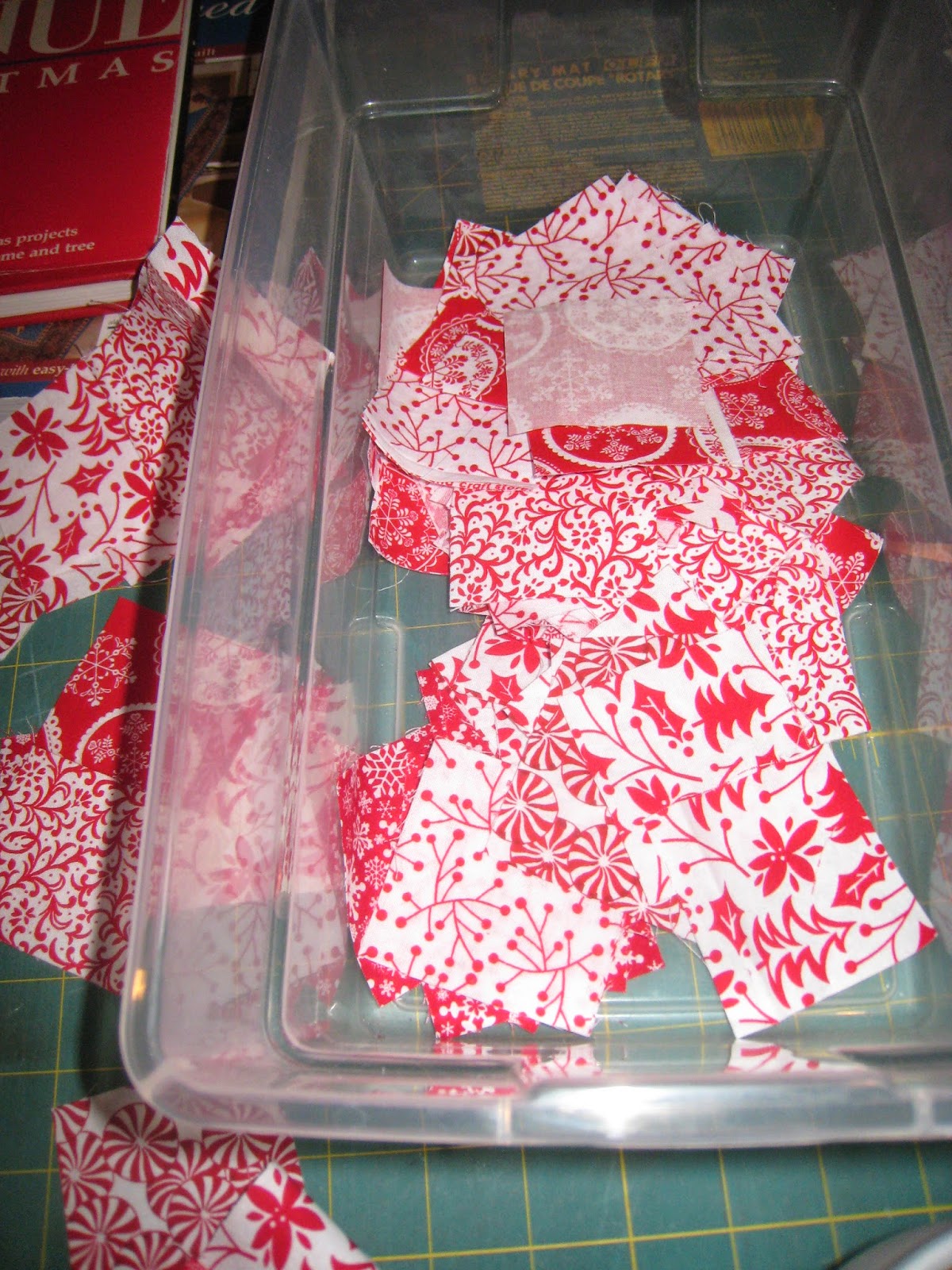 I might have overestimated how many squares I might need.  I wanted a pretty random look, which is why I'm doing squares instead of sewing the strips together, THEN cutting.  I have six prints to work with.  I thought I had 7, but the last one didn't really work when I tried them in natural light.

Can you tell that everyone is getting table runners for Christmas next year?