You Can Blame This 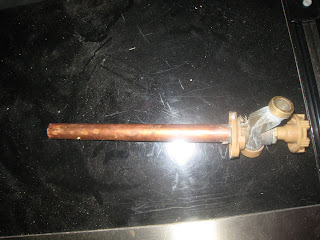 --which took an entire day and a great deal of measuring just to locate as the darn thing was actually within the wall where it was merrily leaking vast amounts of water through a big hole every time the outside faucet was turned on--for the general lack of knitting & blogging. Andy was able to replace it, 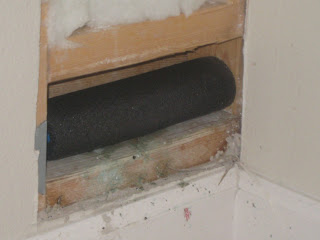 and since it's the pipe for the OUTSIDE faucet, it is now wrapped in INSULATION, which would have probably prevented all of this in the first place. And this is our new house guest which actually has two friends down in the crawl space helping to suck up the water our little pipe problem caused. I realize construction is almost synonymous with cutting corners & doing things as cheaply as possible, but we bought a builder's OWN HOME so I would have thought he might have paid more attention, but as builders aren't actually licensed here in Idaho, maybe he never built a house before he became a builder.

I did manage to ge the reversible scarf done 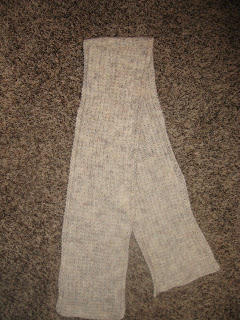 and it looks great, but even with a 2-stitch seed border on each side, it still has a tendency to roll, so maybe 3 stitches next time. It's headed for my "gift bin," where I try to keep a few baby gifts, scarves, socks, etc. ready for birthdays, babies, etc. It was severely depleted after our wedding & has been ever since, so I have decided to make a few "just in case" scarves, so..... 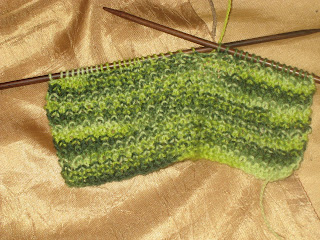 I actually had 4 balls of this yarn because I got it to do a Pi shawl with, but I didn't like the colors well enough to do an entire shawl, but I do like it for scarves. This one is just simple mindless moss or seed stitch, so I think it could be a man's scarf, or is variegation "manly?"