I just went for the longest walk I've been on since December 26.  I remember that day because I was thinking how great I was feeling and was ready to try for longer walks, and the next day was smacked down by bronchitis.  And it doesn't hurt.  And my hands only hurt a bit.

I had physical therapy on Thursday, and because when you're trying to avoid touching things people who have met you before are bound to notice how weird you're being, I explained to her that I had burned both sides of both hands.  I can't say that I blame her a bit, but she did take a step back from me before asking if I was a bit accident-prone.  I do wonder about that myself.  Wednesday I was walking into our bedroom and managed to smack the back of one of my hands on the doorknob as I went past.  As I stopped getting taller sometime time during college, my hands have been in pretty much the same location for the last 20 years, and the door has been in the same location for seven and a half, so this seems like a particularly stupid thing to do and hurt like crazy.  I think this might qualify me for a LOT accident prone personally.  I just wish I could step back away from me as well.

I had been so careful with my back all week--and had been relieved that driving to my aunt's funeral last Saturday had only hurt some and not left me crippled on Sunday--but I didn't think about the hand pain in relation to the back pain--but it seems that when we hurt, we tense.  Can't think of how this is anything but a design flaw, personally, but by the time I got back from therapy on Thursday my hands hurt so much that it was winding up my back again. and I was back on full pain meds and Valium.  Both are apparently very addictive substances, but I just don't see it.   So it's exciting to have two days in a row without back pain!

In-between all of this, knitting is still difficult, but I did finally manage to get this finished 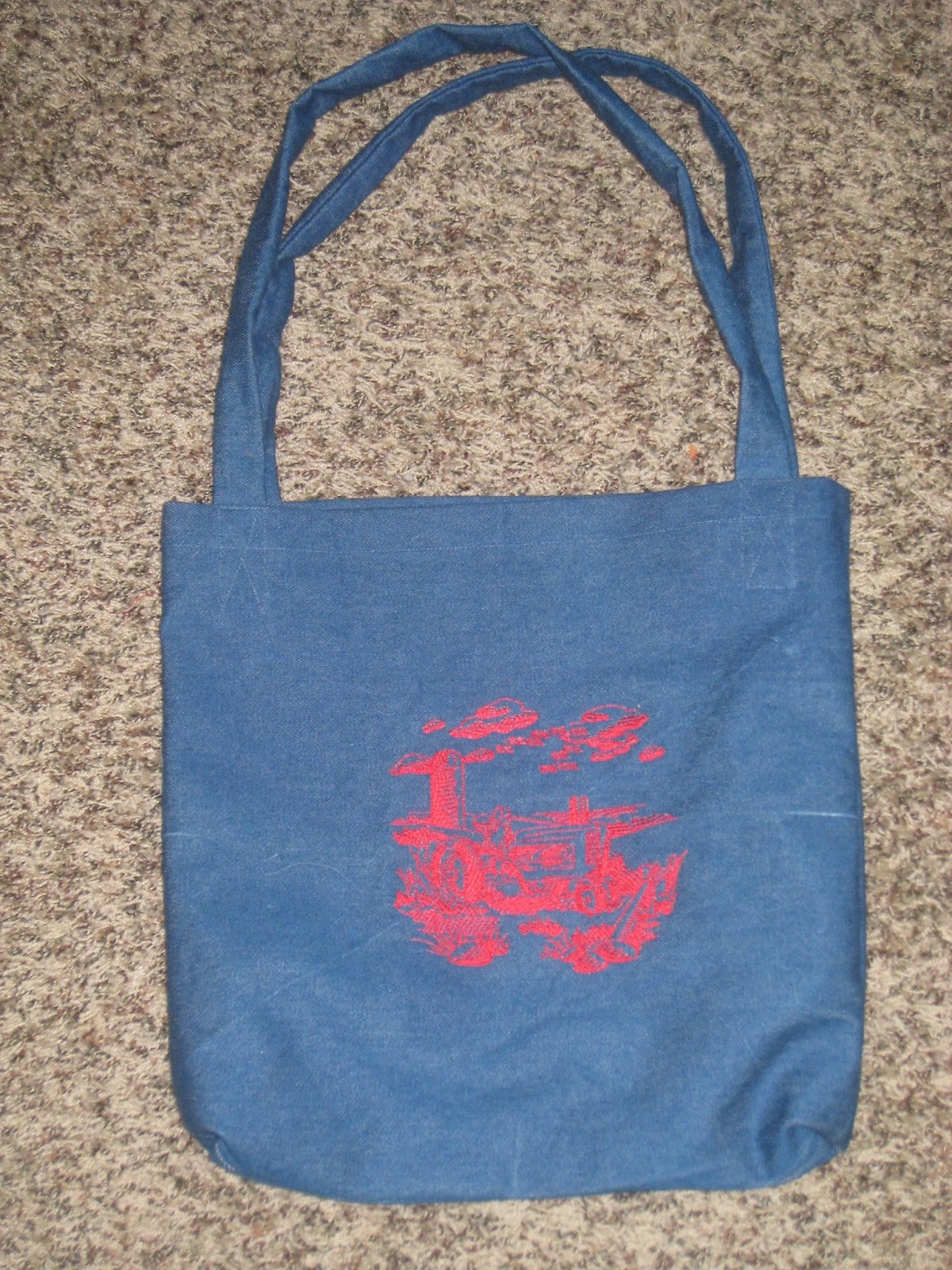 for Finished Object #11!  And a wee bit of fabric used up, like probably an eighth of a yard.  I think if I am going to reach 100 yards for the year, I'm going to need to work on bigger projects.  Bags might do me in....

Something I Never Thought I Would Say......

Yesterday the Ravellenics (and the Olympics) kicked off, and I didn't do anything with either one.  The Olympics part isn't surprising--I never watch sports and haven't watched any of the Olympics in years.  But usually I do participate in the Ravellenics, but I just couldn't get interested.  I thought I would, because while I still needed a little Aleve, my hands were functional.  So functional, in fact, that I was able to shovel snow.  I have to work on my timing, I think.  Since it was the first day in almost 2 months that I could both breathe and not hurt, we celebrated by going out to lunch and running some errands.  So part of it was just not wanting to sit still.  But I think the larger part was that I was feeling very, very frustrated.

For almost 6 years now, I have been a moderator on one of the most active groups on Ravelry, and have led one of the most active (if not THE most active) thread on there--the Cold Sheeping thread--since I started the whole idea 6 years ago.  It's fun, energetic, keeps me focused, and is really the only group I participate in.  For 6 years it has really been my project, and while I also lead other threads, I think I am most closely identified with that thread, and when I'm feeling enormously pleased with myself, I like to think that my personality and effort have at least something to do with the success of it. However, this week I seriously considered resigning.  I never thought I would say that--especially since the thread is so closely aligned with my personality--but this week an issue came up in the thread and without my input or approval, the issue was handled in a way with which I did not agree and found inappropriate.  In the past, I don't remember anyone ever stepping in over the top of a moderator's head to make decisions in that person's thread, and I am still stunned that it happened, and angry.  To be honest, I'm surprised it bothered me that much, and I kept thinking I would get past it or move on, but it takes a lot of time and energy to moderate a busy group, and this is something I've put a lot of effort into, and after 4 days it was still bothering me, so last night I emailed the moderating team to explain how I felt and that we have never in the past stepped into each other's threads, and that I wanted them to leave my threads up to me in the future.

I received two nice responses last night, but this morning the moderator whose people skills have a lot to do with why I don't want my threads open to general moderation responded to me that I need to "chill" and "back off."  Yep, that made it even better.  I'm so glad that my feelings were addressed in such a nice, warm, understanding way and it's so nice to have people who think about the impact of what they say or how they behave toward other people.  Yep, just the sort of response one wants when one has finally expressed how they feel.  Just feeling really thrilled and finding Ravelry just about the last place on the planet I want to hang out right now.
Posted by Toni at 12:16 PM 6 comments: