So I finally got all the blocks put together, 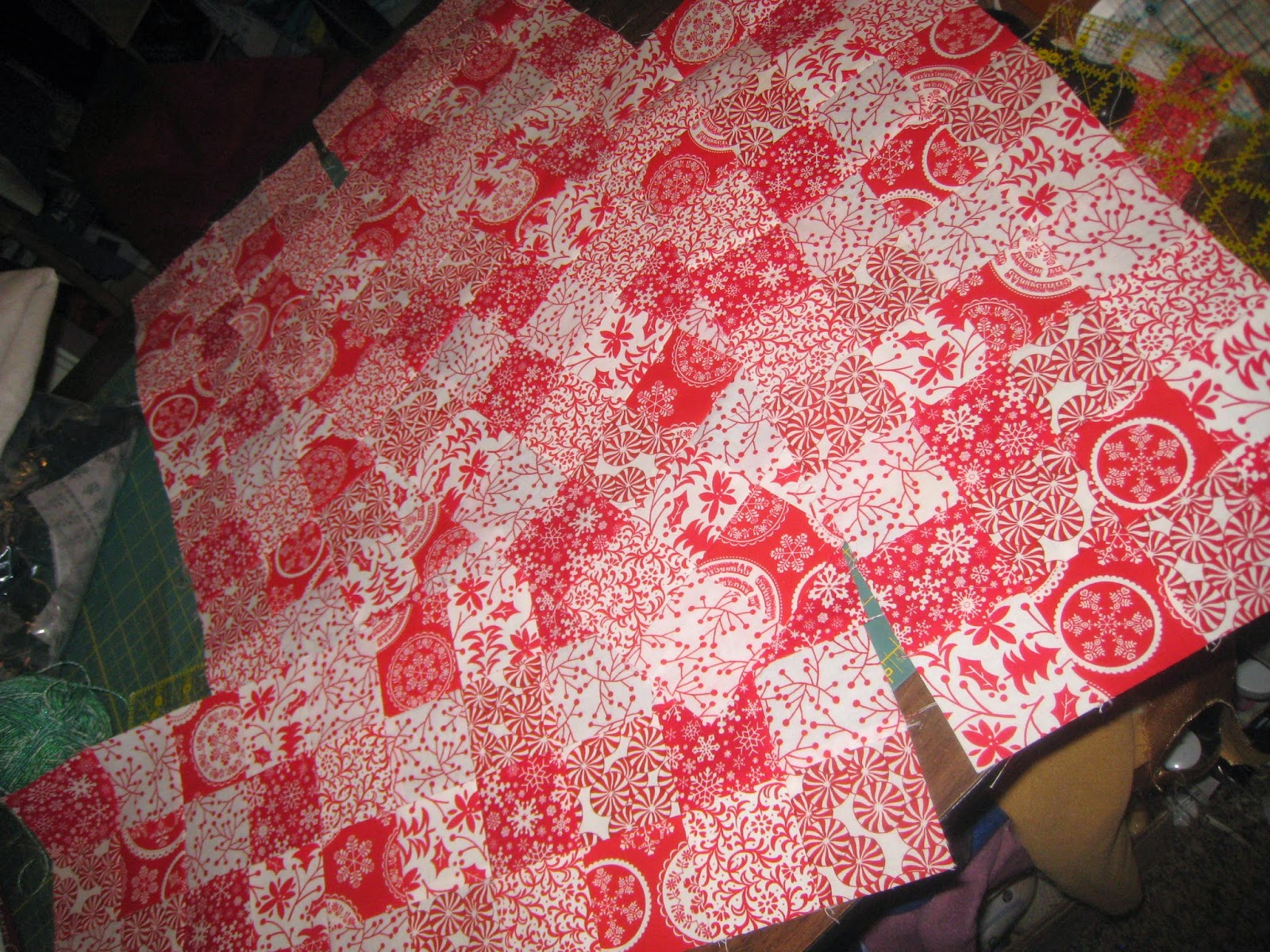 and it turns out that I am making FIVE table runners.  This is fine, as I do need quite a few gifts this year, but it would have been easier had I guessed this before trying to lay them out and running out of flat surfaces.  They're pretty random, which I'm proud of myself for doing.  One of the prints is just slightly the wrong color in certain light but works in others, so I'm hoping stippling will help with that, though with FIVE table runners there might be some experimentation with decorative stitch "ties" as well.  Five is more than I had anticipated.

The next step is a white sashing around the runners, and at this point I realized that I'd used all my heavier white cotton on kimono ornaments.  I have a lighter one, but the seams would show through.  Steeling myself, I went to Joanns after lunch, and the store was almost empty!  There wasn't even a line at the cutting counter IN SPITE of their best efforts with only having one person staff it.  I can't even tell you what a relief it was!  I had taken a book with me to read as I had no portable knitting, but didn't need it.  At Joanns!!!!!  A miracle indeed!  And almost everything I needed was on sale except muslin, and I had a 50% off coupon for that.

I was also excited to find, 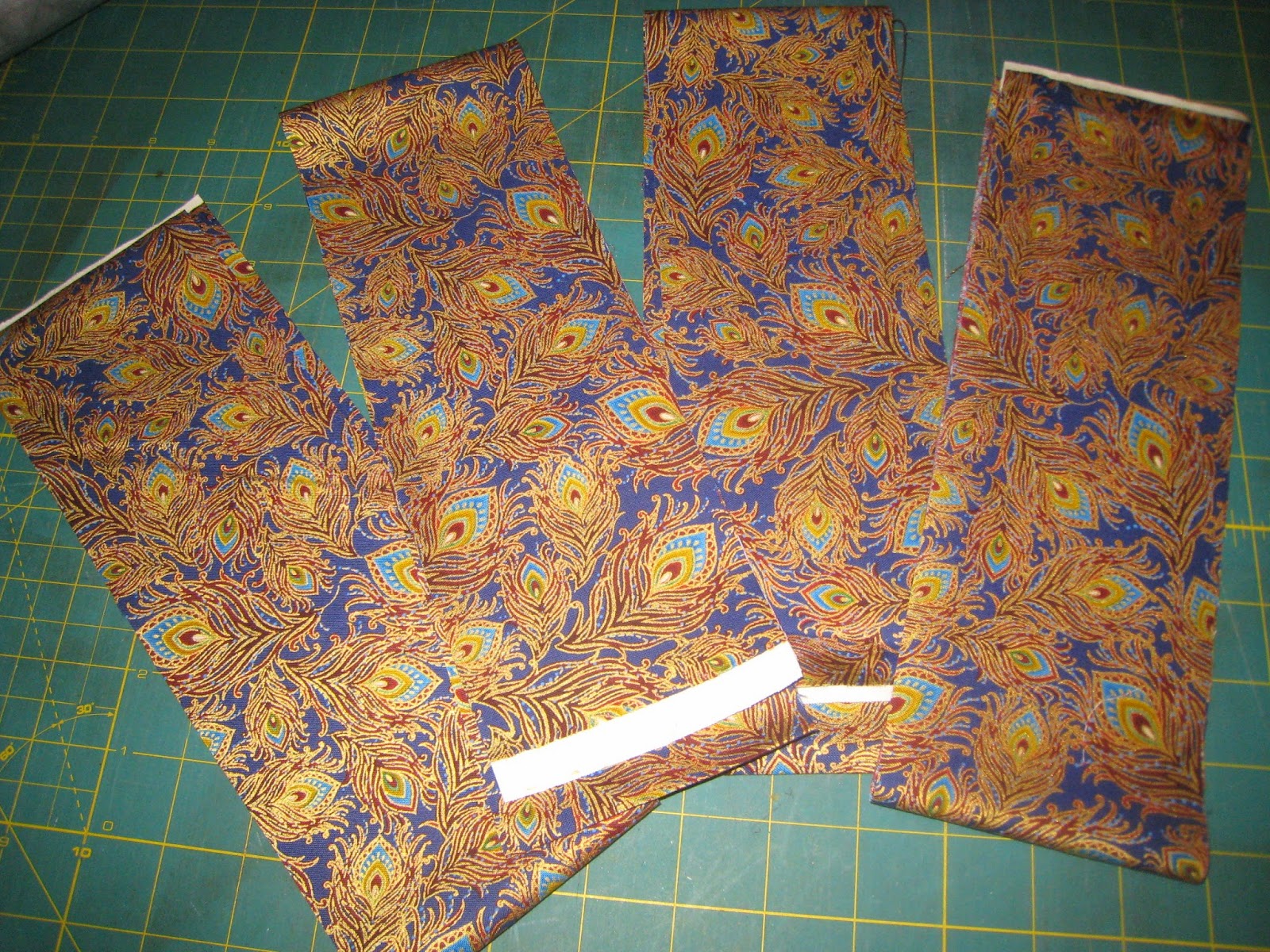 a metallic peacock print that will work REALLY well for kimono ornaments.  They look best with busy, metallic prints with a lot of activity, and while I would normally not care much for this print, as you can see I was so excited about it that I already have sliced it up for 20 kimono ornaments!  I think it might be becoming an obsession....but at least it didn't go into stash!

Speaking of stash, I still haven't committed to going for the 2 and 3 year badges yet.  To do that, I would actually need to buy a fair bit of yarn to fill in the gaps in my stash, which seems REALLY counter-productive.  But I wanted a new Bowknot Scarf because I wear mine all the time, but it has to be soft enough yarn to be on my neck.  I found this yesterday, 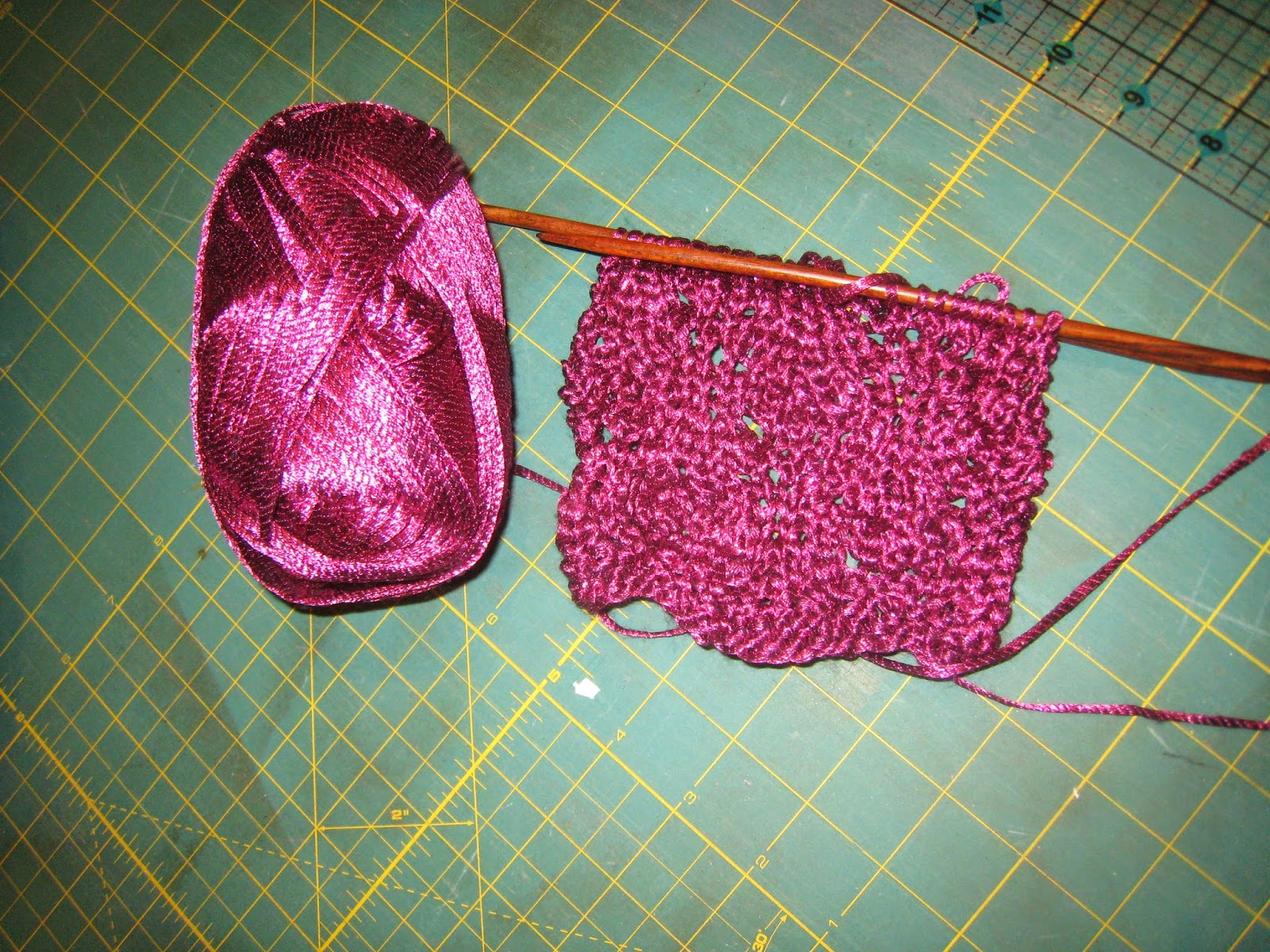 and of course immediately cast on.  It's Patons metallic, and while it was REALLY soft in the skein, I'm not sure how soft the scarf will be, but I guess I'll find out.  I'll have enough yarn for two, which works perfectly.  I get so many compliments on my first one that I know all my friends would love one as well.

I also grabbed this, 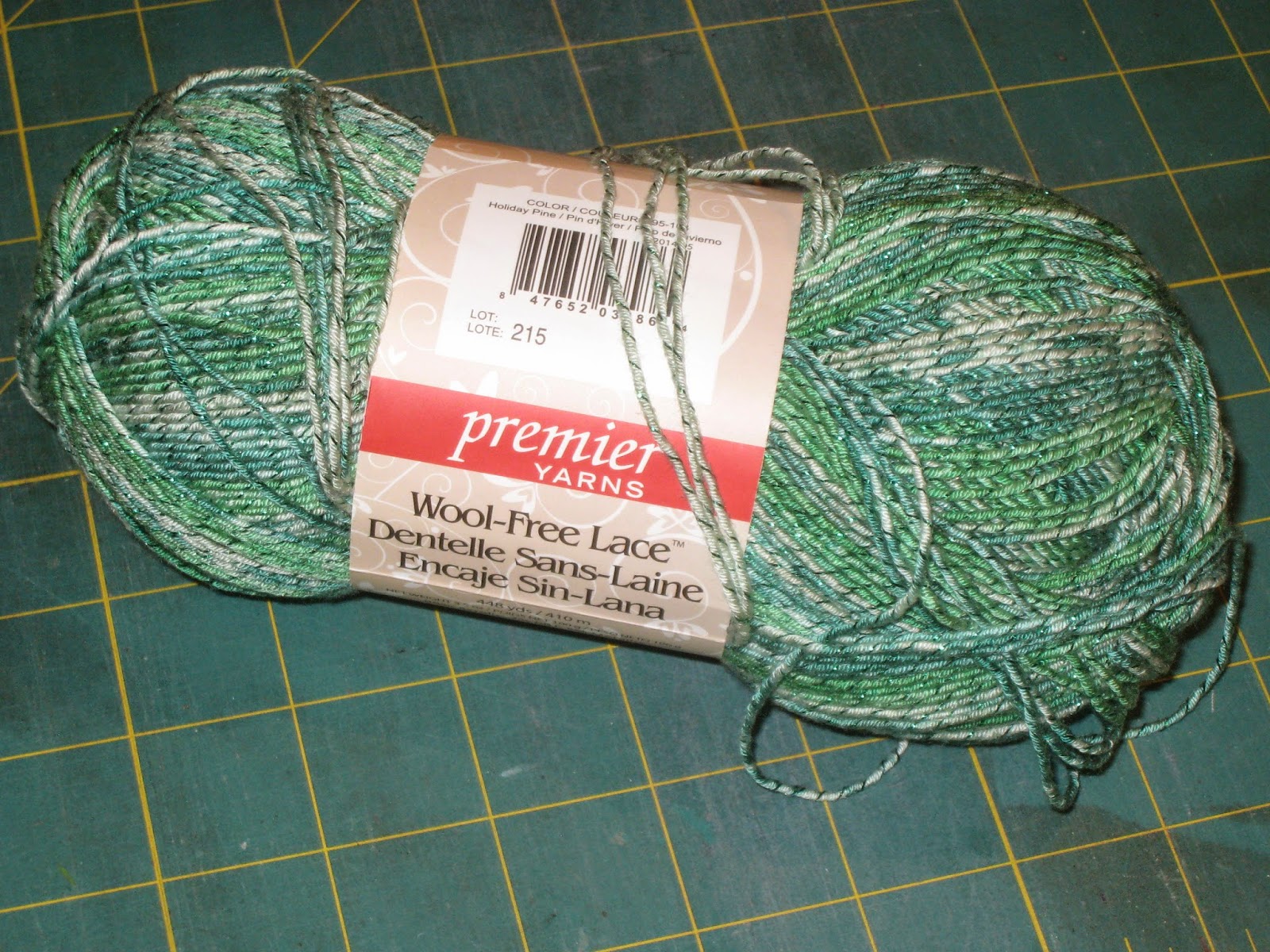