So They Don't Still Have The Buttons

Be honest now.  Is there anyone who didn't see that one coming?

This one was so predictable that even I saw it coming--and you know, that's saying something.  Last night when I was sewing on THE NUMBER OF BUTTONS THE PATTERN ACTUALLY SAID IT WOULD USE, I made sure to do a little spacing on the cuffs 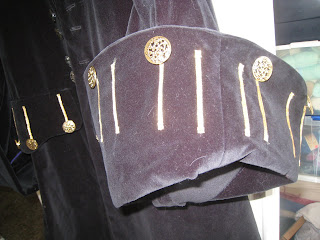 so that the new buttons--which would never match the old buttons--would make a design of sorts.  Of course, as it turns out, there were exactly two choices for buttons in gold and the right size, so I'm not even close to matching here, but I think it will be dark at the party anyway.  The old buttons 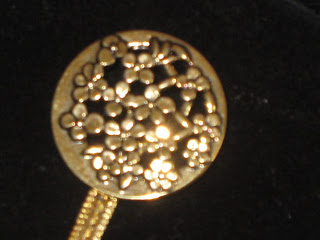 and the new buttons 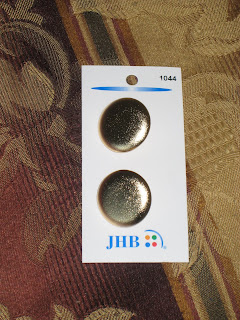 If anyone asks, we're going for authenticity, because at the time that this sort of thing would have been worn, buttons would have been seriously unlikely to match anyway.  Fair enough, they wouldn't have been all shiny & gold either, but that's another story.  At any rate, I think they'll work.  And he who complains can make his own darn costume next time.......