.....that when I have very little crafting time, I get a wild urge to start new projects?

With a party we're hosting tonight, salsa and pickles to can, and lots of apples to take care of, I have a mad desire to cast on a new lace scarf.  To placate myself, I dug out the ball winder and got this 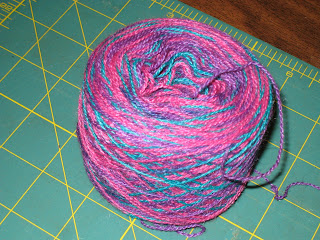 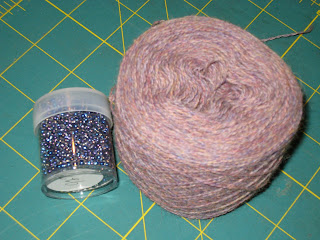 ready to be cast on, and so far that has placated me enough to return to this 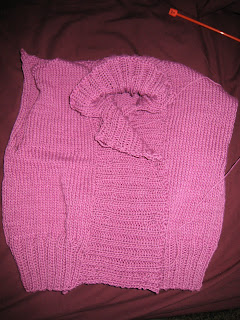 which is REALLY close to being finished.  I had made the two button bands a bit shorter than it called for because I was really concerned about running out of yarn, but I have finished the knitting and still have this 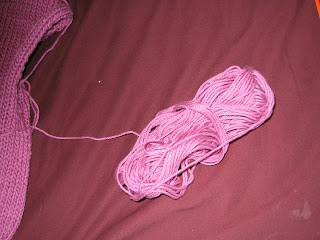 much yarn left, so I'm adding the missing rows back on.  Then I just need to sew in the sleeves, add buttons, and weave in ends and it will be done!!!!!!!!!!!!  Which is good as it's a baby gift and the baby was born about a month ago.  Thankfully, it's for 12-18 months. I know better than to try to make anything for a "newborn."  That's just asking for one of my friends to have twins or a 10-pound baby.

I have a bunch of microsuede material in my fabric stash, which I bought before I realized that the stuff is a bit of a nightmare to work with, but I thought I'd try it out on a pattern with no zippers or buttonholes, and decided to practice with the tan material, which isn't a great color for me and would be the least-disappointing to completely botch.

All went well, and then I decided to be clever and add some decoration: 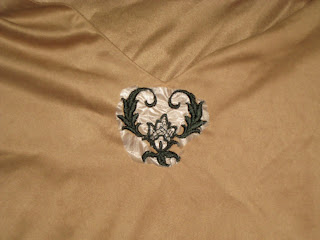 Microsuede is not easy to embroider on, so this is actually a free-standing lace inset that I put on water-soluble stabilizer, then hand stitched on the shirt.  The theory worked well. 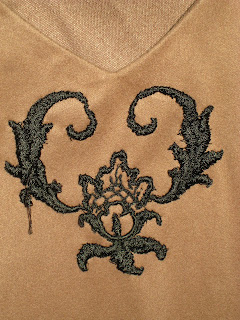 Speaking of which, I love having two sewing machines, but the one thing I had wanted in a second machine was more decorative stitching options, and that just isn't something Bernie can do.  I am really glad I got the Bernina as it actually sews better in many ways than Jeeves does, and for fussy things like moleskin I can do much more adjusting, but I was still wishing I could do more decorative stitches.  So, I did a bit of research on Husqvarna machines that AREN'T irritating people and that seem to have been made prior to the new get-them-to-constantly-upgrade policy, then started hunting Ebay and Craig's list to find........ 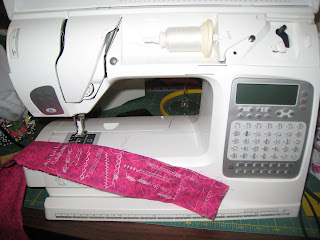 Jeeves's little sister!!!!!!!!!!!!!!!!!!!  This is the Platinum 770, which is the same series as Jeeves so everything is interchangeable, but instead of embroidery, this one does 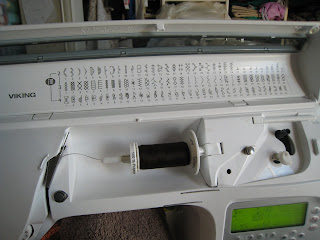 Decorative stitching!!!!!!  And being a used machine, I got it for just over $400.  The person selling it probably wasn't the original owner, because it arrived with mis-wound bobbins, the threading done wrong, without the plate to cover the bobbin and, for unknown reasons, 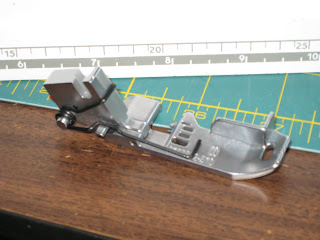 a Husqvarna serger foot.  At least it fits my serger, but I thought it was odd.  It works great, though, and I'm guessing it hasn't been used much.  It was dirty, but there wasn't much lint in it, it doesn't have the normal wear marks that Jeeves has, and the case was really dirty, so I'm guessing it's been sitting idle for quite some time, so it probably is "newer" than Jeeves in some ways.  I'll need to track down a second bobbin cover if I want to use it while embroidering, but I have seen NOTHING but positive reviews about this model on sewing machine reviews, so it seemed like a good solution, as it will be years before I could afford a new machine with decorative stitching.   And we've already done our first project together, 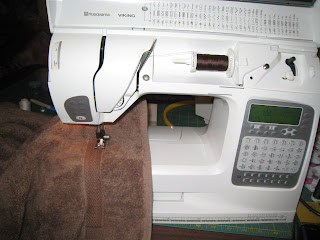 which worked fine once I figured out how to change the thread tension (Jeeves does it automatically). 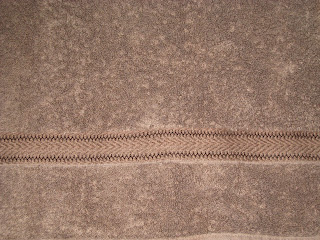 These are our "fall" towels, and I've always thought they needed a bit of dark brown, and originally I was going to add some more decorative stitching right down the middle, but I like it as-is, so two towels are done & we are counting them as project 68 because A) It takes a lot longer to do this on both ends of two towels than one might think, B) I did have to go two months without a sewing machine at all, which put me behind schedule through no fault of my own, and C) It's late in the year and I am getting a bit desperate.......So, PROJECT NUMBER 68 IT IS!!!!!!!!!!!!!!!!