I did our taxes this weekend, and instead of the usual refund, we owe a HUGE extra amount in taxes.  I know the "party line" is that the smaller with holdings were supposed to make some people pay less, but we are not among them.  Our tax percentage took a huge jump, and this is before all the middle class tax "cuts" fade out.  Next year the Trump Tax will be even worse for us because I drive my own car for appointments, and while my last job had a car allowance to reimburse me for it, the new job has NO such programs, and Cheeto Voldemort took away the ability for salespeople to write off mileage even for business purposes, so automatic pay cut for all outside salespeople.  So, the rest of the weekend was spent in NOT spending any money, which will be the theme for the rest of the year to make up for how much we have to come up with.

The creeping phlox is starting to fire up, 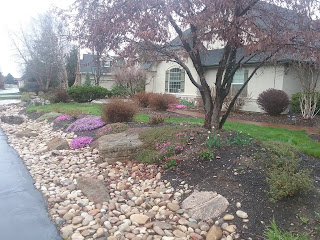 one of my hellebores finally bloomed, 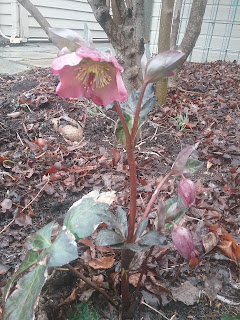 we have two azaleas that I didn't know we had, 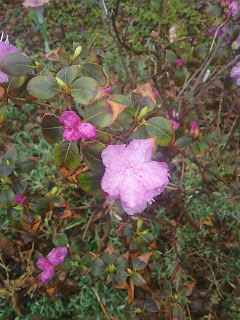 most of the tulips are starting to come up, 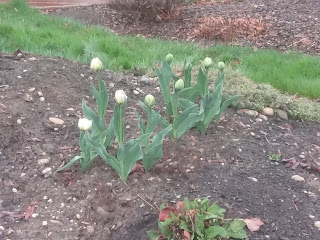 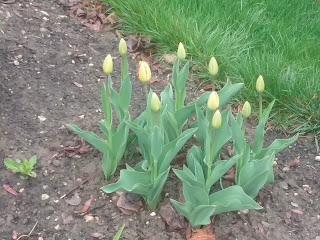 my extension of the hyacinth row has bloomed, but well in advance of the original ones, so it still looks uneven. But festive.

I was too angry over the tax issue to trust myself to work on the quilt, so instead I cut up the leftover material from one of the spicy spiral runners and made a new bowl 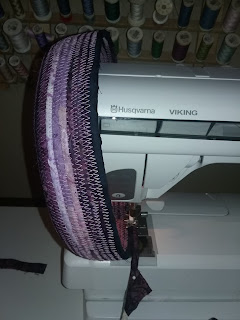 which had a few hiccups, but still turned out well, I think, 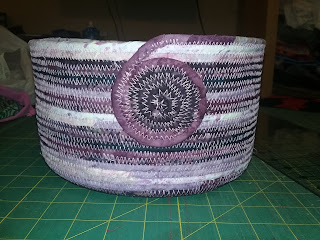