Because it had been hanging around for a few years, I thought it would be nice to finish the mitten garland for project number 100, and depending on how one wants to look at it, it was.  All the mittens are attached to the garland, 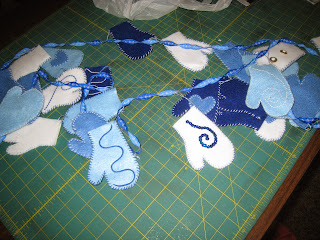 but I'm going to need some more mittens: 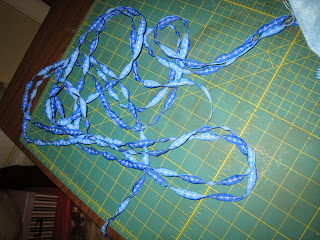 The intent was there, but I don't think it really counts as "finished" yet, since "finished" usually means "not requiring any more effort."

So, that left it until today for, 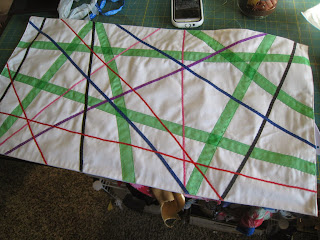 a finished table runner!!!!!  As I ended up using the second piece as the backing, there's not going to be a second one right now.   I'm a bit tired of ribbon right now: 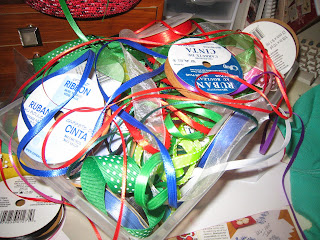 Theo, on the other hand, is not: 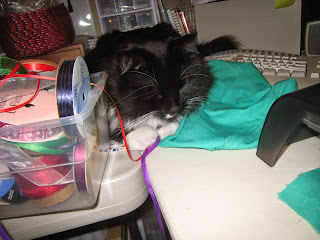 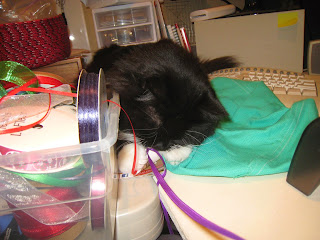 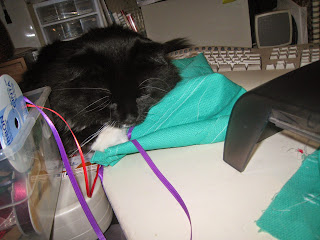 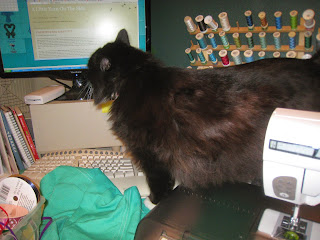 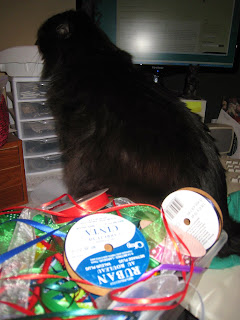 then moved on to "helping" me with the leaf table runner 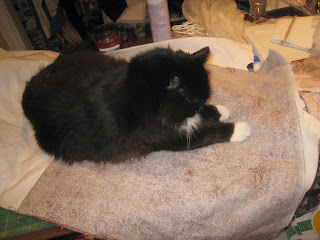 just in case I was hoping to be able to do anything on it tonight.  Cat owners staff are more prone to drinking, right?