There I was, all excited about the new tulips coming up to make up for the THOUSANDS in extra taxes we're paying this year, when I came home one night to find these: 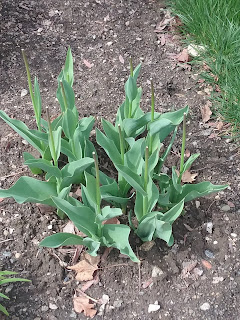 The survivors were brought inside for their own protection, 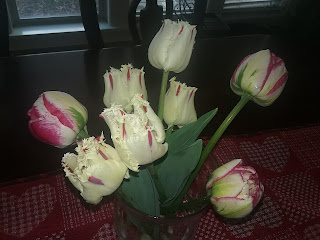 and Andy and I spent an evening spraying deer repellent on everything else.  If the deer finds it even half as repellent as we did while spraying it, our flowers are safe.

Luckily, I bought mid- and late-blooming flowers as well, so now that they stink, the next wave have been allowed to bloom: 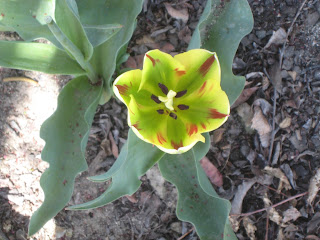 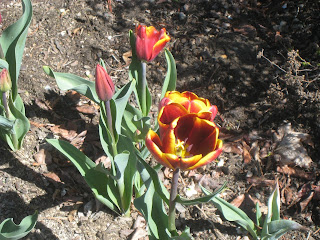 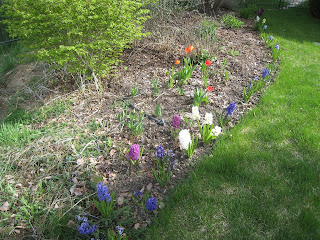 as well as the ones that were already planted, 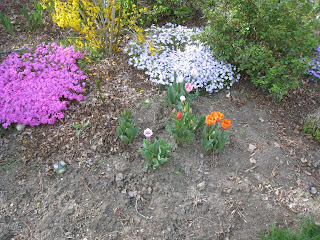 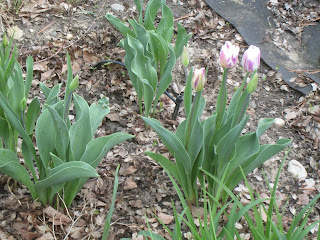 so we're looking pretty festive.  We have 12 people coming for Easter, so it's nice to have some color in the yard.  Of course, it means no sewing this weekend, but maybe the weekend after....

I think we've decided to keep the latest bowl, 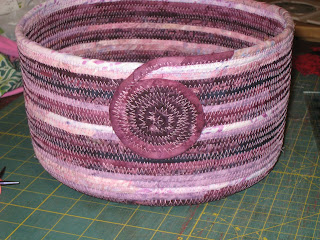 as it so nicely matches a table runner we just happen to have, so one less gift made for the year, but it is only April.

I finally got pictures of the socks (a gift) I finished earlier this month. 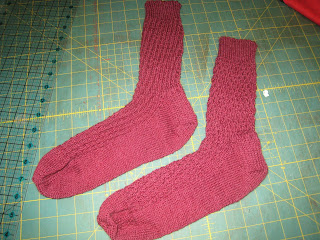 I think I've almost used up as much yarn already this year as I have in either of the last 2 years, so maybe there will be some visible stash-reduction soon. If one looks closely....

I swear I am working on a sweater, but I did start another gift as soon as the socks were done.  This: 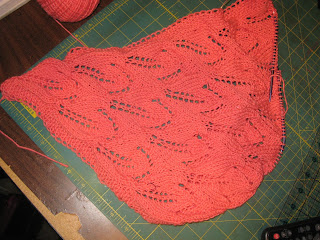 will be a shawl for a friend, which will take as much yarn as a sweater, so maybe I'll count it as one.  There is, however, that brand new sewing machine to play with, and it is my year to make gifts, so I've been playing with some prints with black, 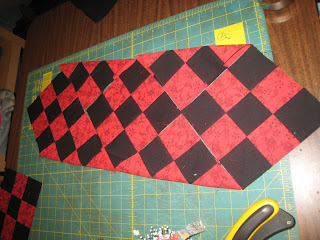 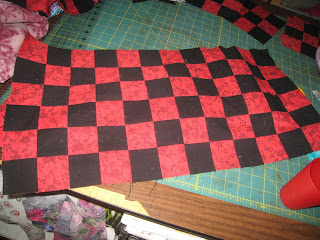 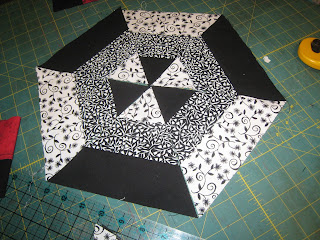 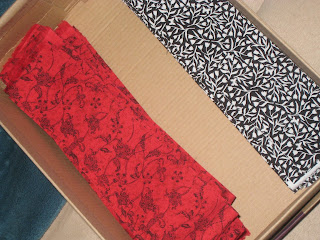 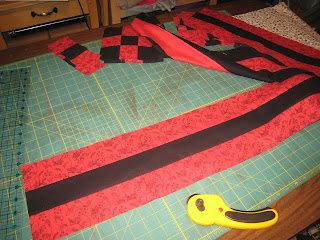 sometimes more successfully than at other times.......... 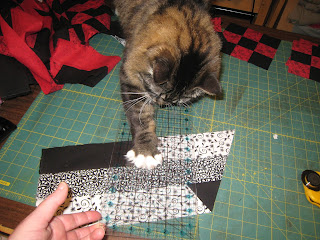 For the red and black checkered projects, I'm going to play with some quilting options--maybe learn some new free motion patterns.  When I'm doing several similar projects it helps give me the courage to try new things--plus I'll end up with several gifts.  Win-win.