We have managed to not lose power, but other parts of the state haven't been so lucky.  Now we've had 3 days of heavy rain here, which melted off much of our snow 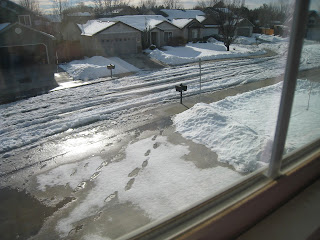 but has led to flooding, rock slides, and avalanches.  In one of the weirdest twists of fate, one of the nearby ski resorts is closing tomorrow because of TOO MUCH snow.  I've never seen that.  With everything going on with our crazy winter, I was a bit unenthusiastic about putting these up 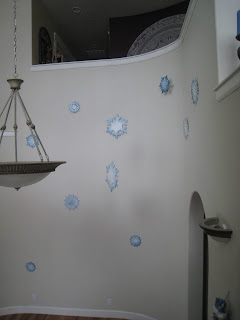 and my hip/back was even less so as I did something and threw it out, landing myself in bed for the last day and a half.  I'm better today, and I keep trying to remind myself that winter justifies knitting lots and lots of sweaters.  To emphasize this, for Me Made Monday I wore the first wearable sweater I ever knit: 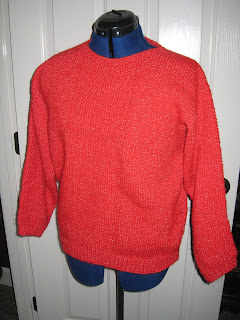 Sure, it was supposed to be in cotton and I made it in some bizarre acrylic that Red Heart no longer even makes, but compared to my earlier sweater attempts, that was only a mildly wrong substitution.  It's 30 years old, and had I actually made it with the right yarn, it might look a little dated now.  Instead, it just looks like a sweater made from very cheap yarn......