It has finally stopped snowing here, and since Andy handled the 8-inches on Wednesday, I did the remaining 2 yesterday: 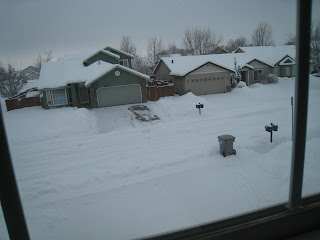 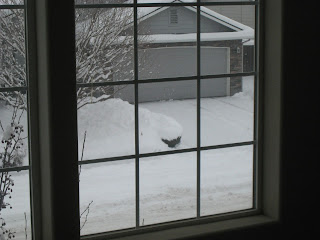 I grew up with much more snow, but since Boise doesn't really get much snow, the county doesn't own many snowplows, and never, ever, EVER plow roads like ours. 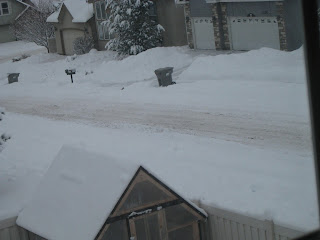 This has been record-breaking snowfall for us, with 15-inches on the ground, but that also means 15-inches on the ROADS.  Schools have been closed for two days, and one of our local pizza companies earned HUGE points for closing for the safety of their drivers.  Emergency services were asking people to stay off the roads unless it was absolutely necessary, so I'm disappointed more businesses DIDN'T close.  Luckily, Andy telecommutes and I haven't found a new job yet, so we're good.  We're getting a break from snow as it's -7 right now, 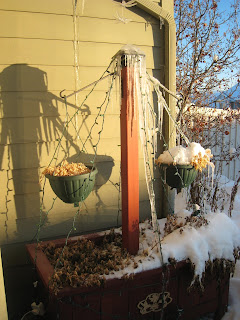 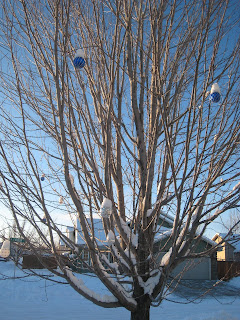 and while there's debate about whether or not it can be too cold to snow, 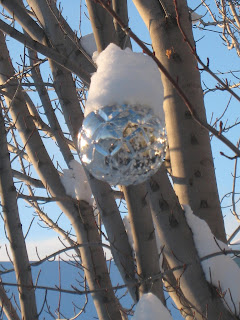 -7 makes it extremely unlikely to snow.  Since we had a bit of sun yesterday, 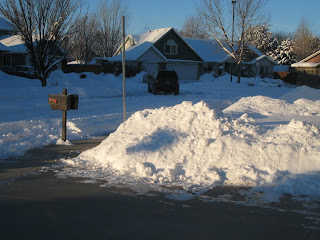 our driveway melted off a bit after I shoveled, so it's relatively safe right now.  Of course: 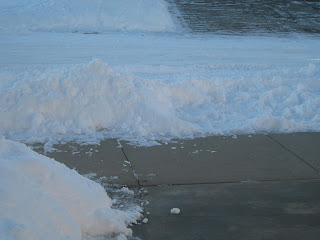 my car couldn't get OUT of our driveway right now, but Andy has a truck that could, if necessary--maybe.   Our mailman didn't even make it here yesterday, and they chained the truck tires up last week.  I'm not worried about not getting mail, but it was also 20 degrees yesterday, so getting stuck in a vehicle with open windows would have been miserable and potentially dangerous, so I'm hoping they just didn't even try to come.  The city has already declared a state of emergency, which allows them to make purchases without the usual bid process, because while we're supposed to have a few extremely cold days, shortly it's supposed to warm up above freezing for the first time in weeks followed by RAIN, so parts of Boise will probably flood.  Looks like it will be a very eventful winter here.....

Today is actually sort of beautiful, 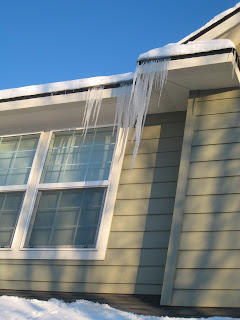 and I'm not just saying that because I don['t have to shovel anything, 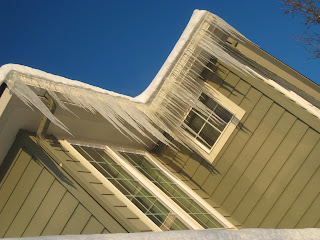 I didn't get much sewing done yesterday--partly because my hip has been really sore, and partly because shoveling a walk and driveway wears out the arm muscles needed for free-motion quilting, 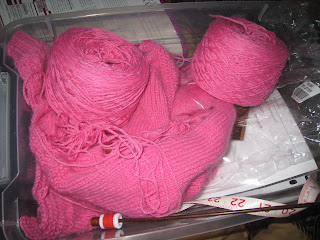 so instead, I worked on the existing sweater.  I'm just making the armholes on the front piece, so I might be halfway on this.  Part of me wanted to change to something that would be finished sooner,  but did I mention this is an angora blend?  It turns out I want the finished sweater even MORE than I want a fast project.  Whoo hoo!!  Maybe there's some hope for my sweater WIPs this year!