Some friends of ours got married on Long Island this past weekend, so bright and early Tuesday morning, 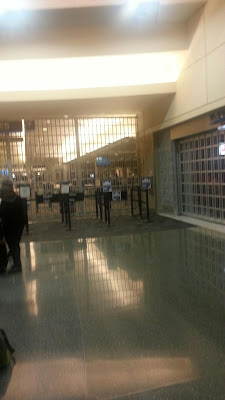 we learned that airport security in Boise opens at 4:30 in the morning.  To be fair, I could have lived without this knowledge, but when you live in a smaller city, there aren't always a lot of flight options.  If one flies out of a little airport, one is almost always sent to a big airport somewhere, and if one is traveling east from Boise, those bigger airports tend to be in a westerly direction, so flying 2 hours west to catch a flight east is pretty standard, but dreadful when one has a sore back.  I did find an airline that would send us through Minneapolis, but that's a once-a-day option.  Still, the perk to a 5:00 AM flight is that one can take a muscle relaxer and STILL be no more groggy than most of the other people on the plane.   However, it does not to wonders for knitting, so 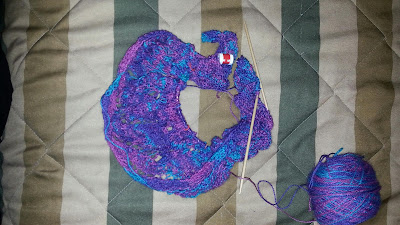 the new begonia shawl did not get a lot of attention.  Or at least not much coherent attention.

We flew in a couple days early to explore New York a bit--or to rest my back if needed--but Wednesday we walked over 100 blocks (!), winding from our hotel on 33rd up through Central Park, 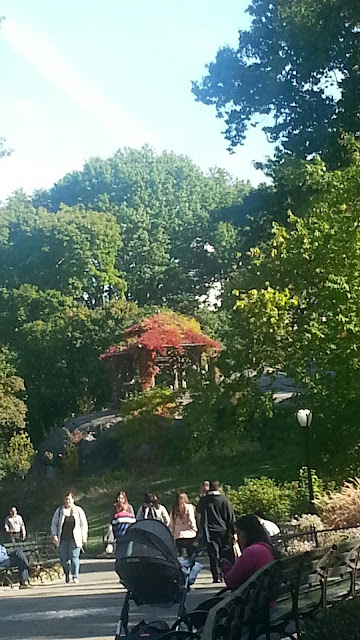 going a few blocks past the Metropolitan Museum of Art in search of a restaurant, through as much of the museum as we could before it closed, then all the way back down.  We slept well that night.

Thursday I was very sore, but a hot shower and an Aleve got me sort of mobile, so we decided to visit the Statue of Liberty. 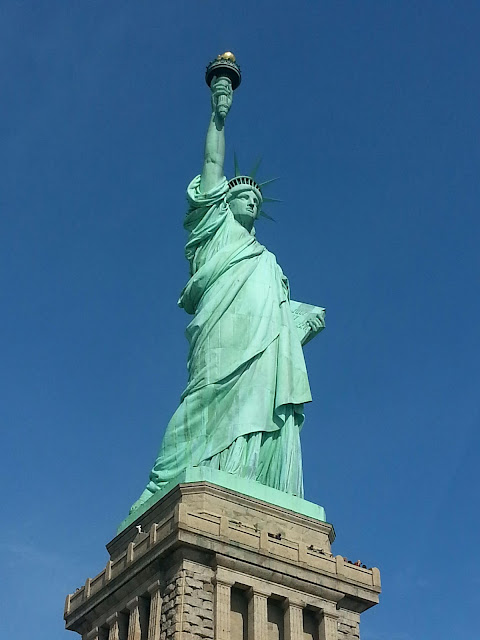 You have to make reservations in order to get into the statue or even the museum, but it was such a beautiful fall day that it would have been tragic to be inside, and the tour of the grounds is quite nice.  I am particularly pleased with this photo because it was with my phone and very much NOT a selfie.  I think 20 minutes in Manhattan is all anyone needs in order to understand why selfie sticks are getting banned in many places.  And, while everyone was busy on the ferry taking selfies of themselves against the backdrop of NYC, I saw a seagull in mid-flight reach up and scratch his head with his foot without even dropping in altitude.  That was seriously impressive, and I was probably the only person on the boat to see it.

I have more pictures, but they're on my actual camera, which I haven't unpacked yet.  We flew home later Monday night/Tuesday morning, rescued the kitties from the gulag bright and early, 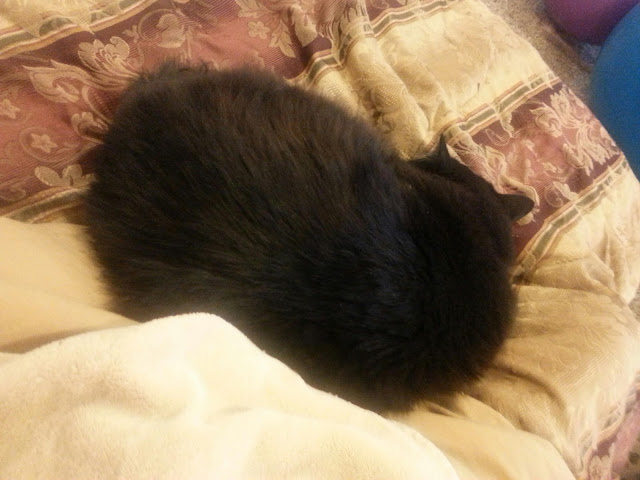 and while Theo would have nothing to do with me yesterday, by 5:00 this morning, he was in need of a cuddle--the first of four so far, and has been keeping my feet warm while I rest on the heating pad.  I think he missed us.....
Posted by Toni at 4:37 PM 2 comments: