So, remember the bulky sweater that I was using for the Mad Dash to rack up some yardage? 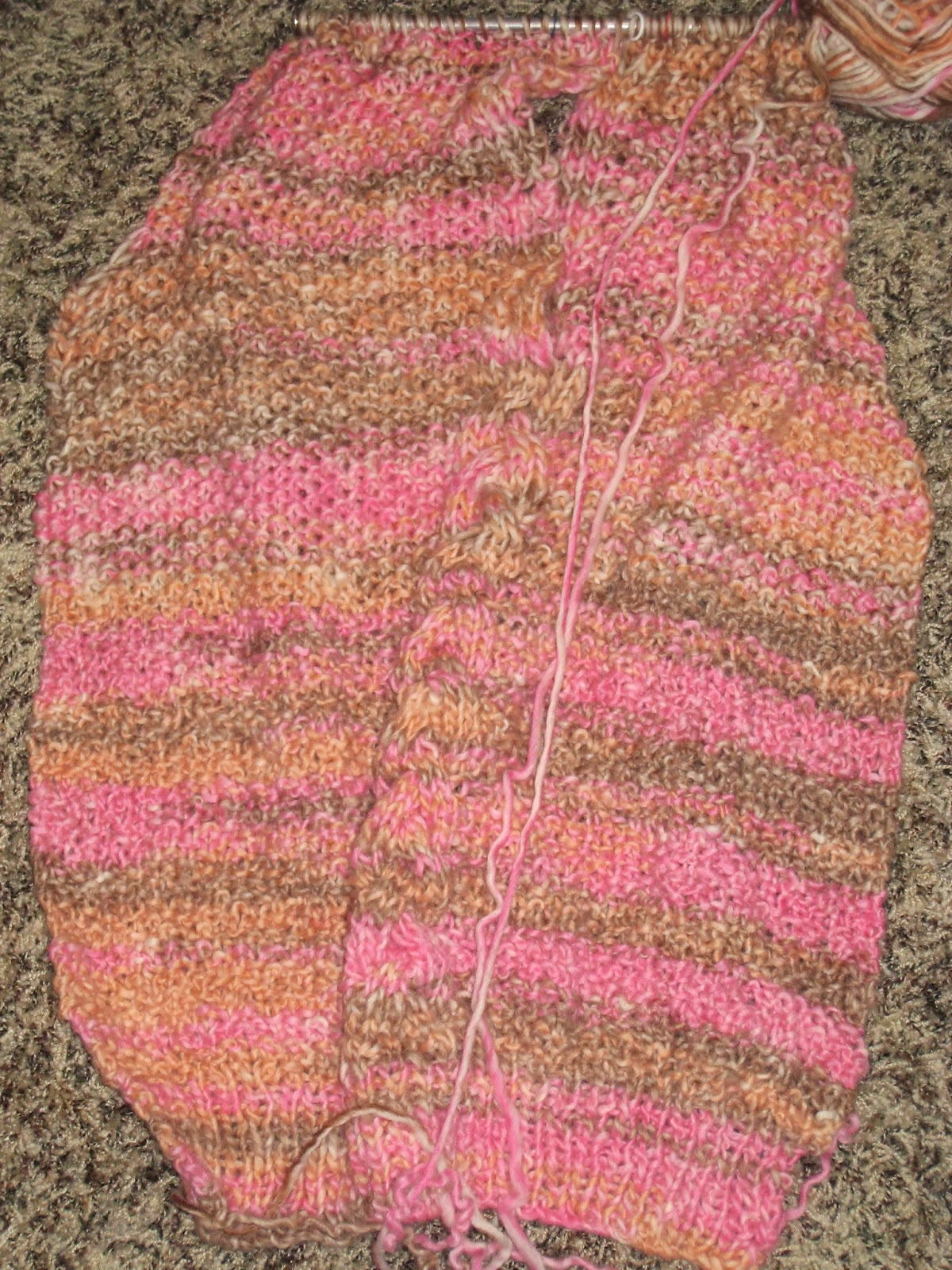 I was zipping along on the front until I met the designer's math errors, followed by, 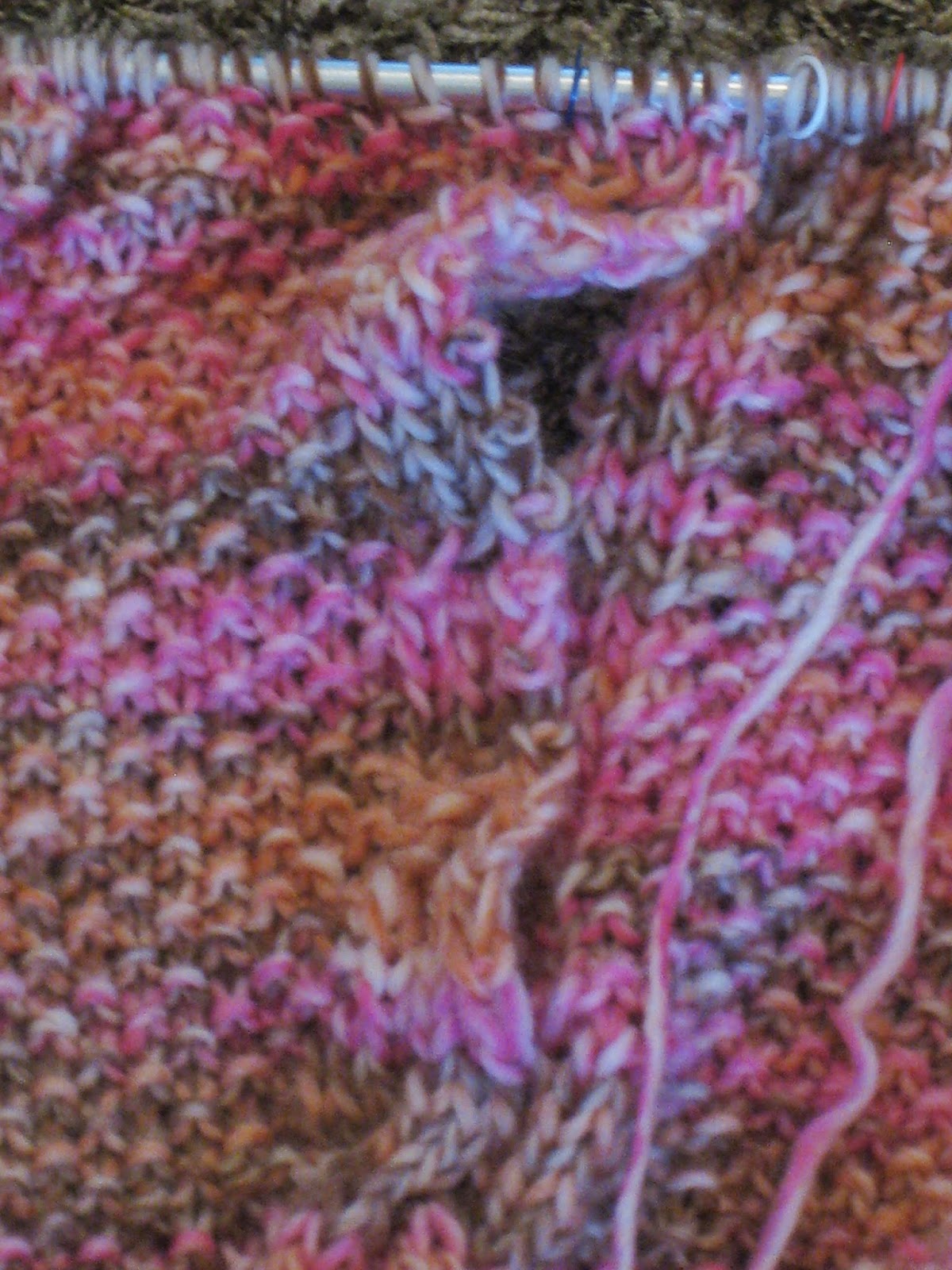 According to the pattern, the front plackets are supposed to be worked in a 1 by 1 rib while the rest of the sweater is in seed stitch.  Well here's a news flash:  those two stitches don't always have the same vertical gauge--especially in bulky-weight yarn.  The sweater is being put in the Project Protection Program right now until I can work on it without the desire to stab the designer with my sharpest dpns..........

I still have the Begonia shawl, which I love but is laceweight, so in the interests of making SOME sort of showing for the Mad Dash, last night I cast on 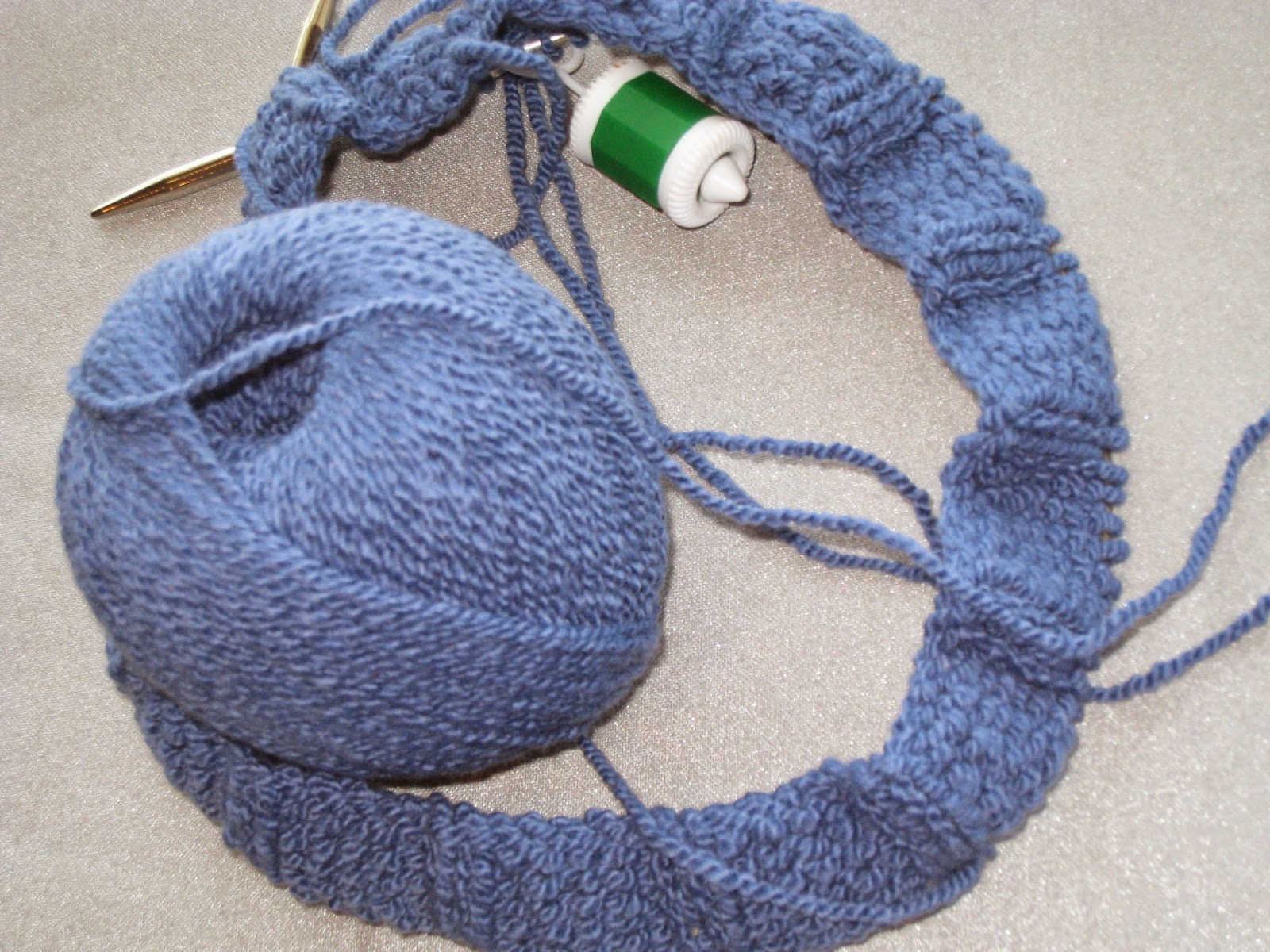 YET ANOTHER chemo cap.  It would have been yarn out of my Mad Dash box had that not involved finding the right sized needles, as my hip was sore by then and I didn't feel like getting off the heating pad.

Today was better, so in the spirit of Finishing Friday I added the buttons to my new jacket, 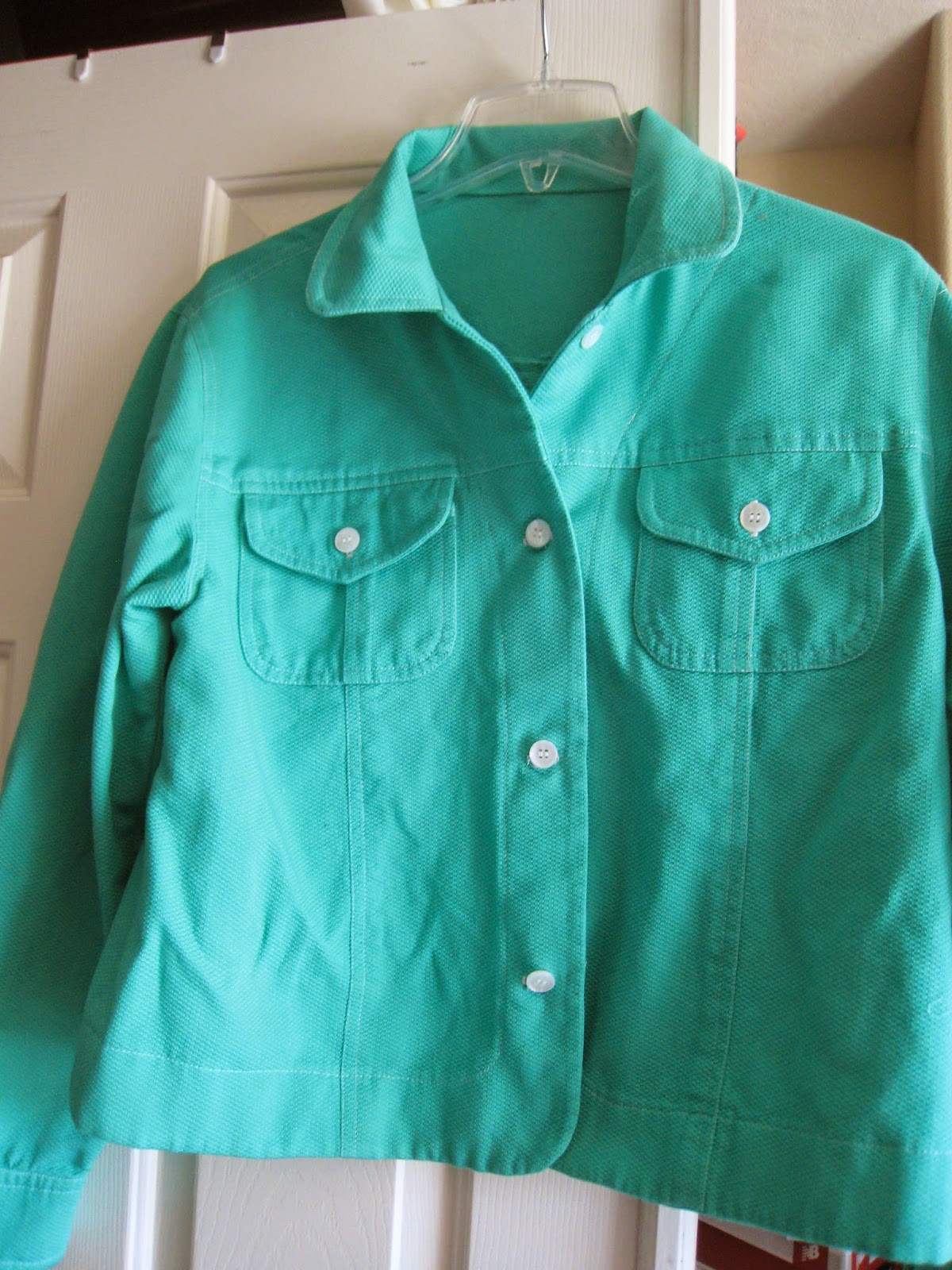 and is now hanging in my closet.  Normally, it would be the perfect jacket for right now, except that we are already experiencing record-setting warm (and dry) days, hitting 71 today.  Global warming is killing my gardening, to say nothing of the wardrobe complications.

Then, in the interest of getting stuff off my crafting table (to say nothing of those 115 finished projects I need for the year), I cut the final blocks for the red and white runners 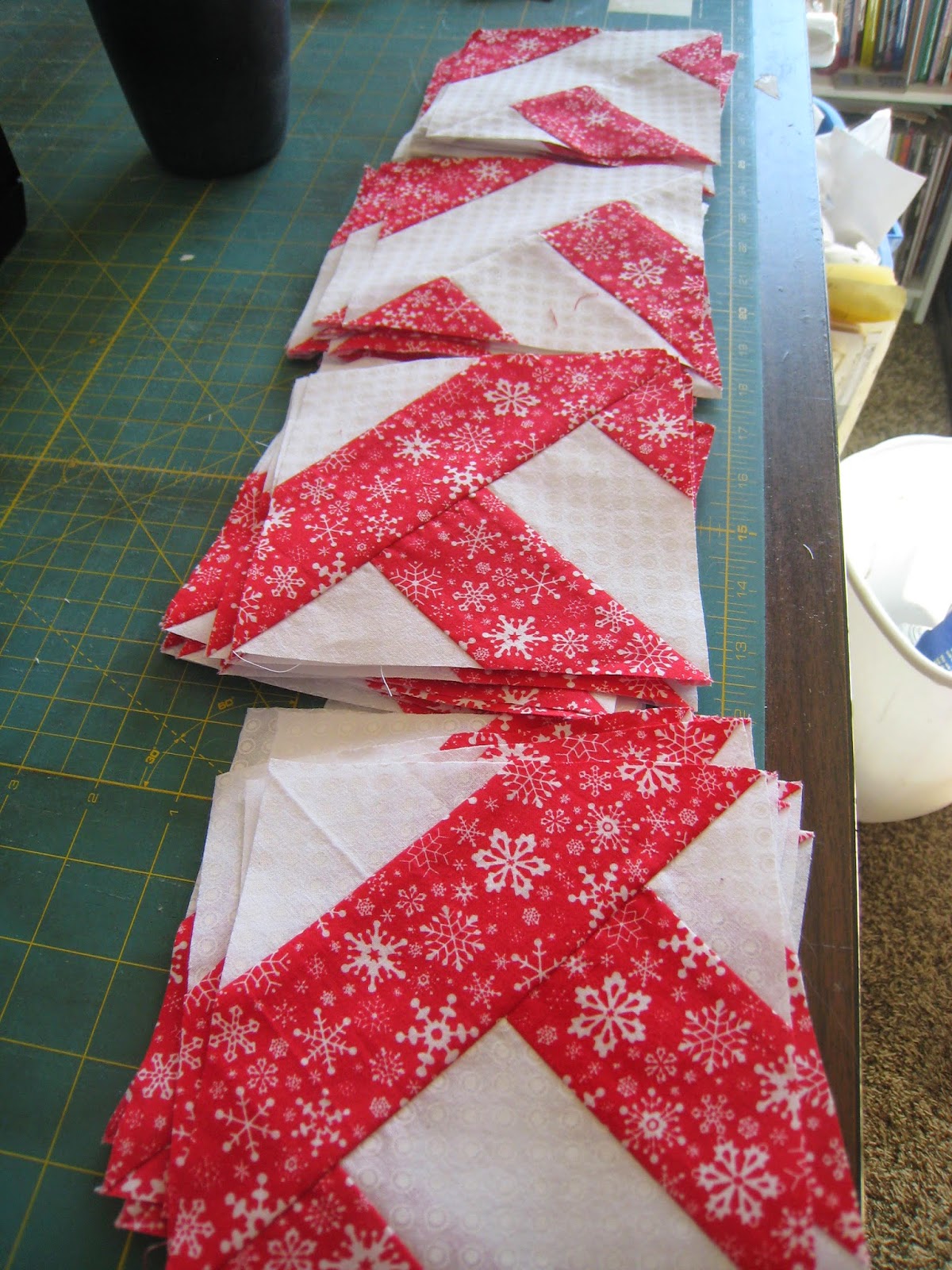 which ended up coming VERY close to evening out, and laid out 5 runners: 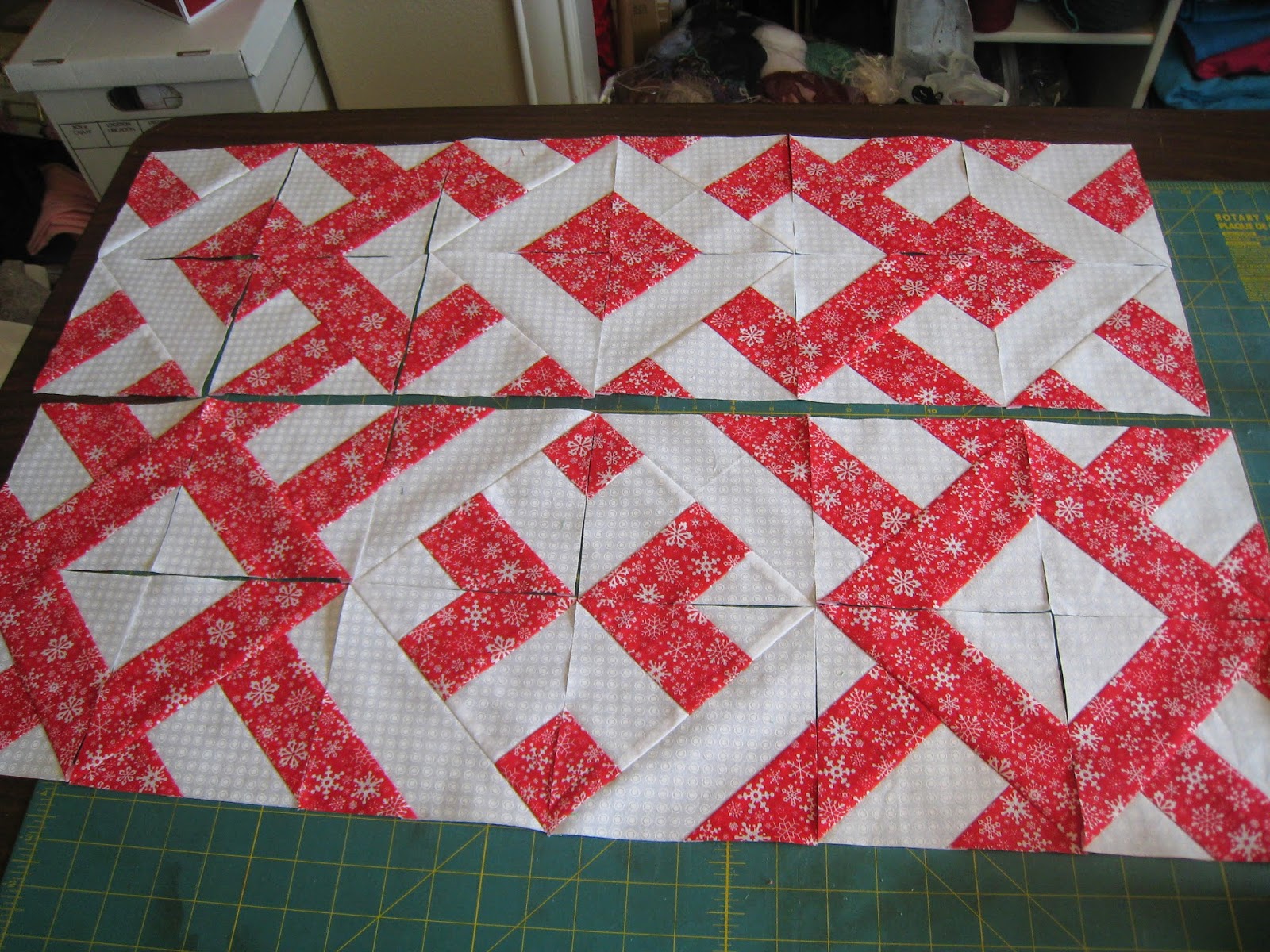 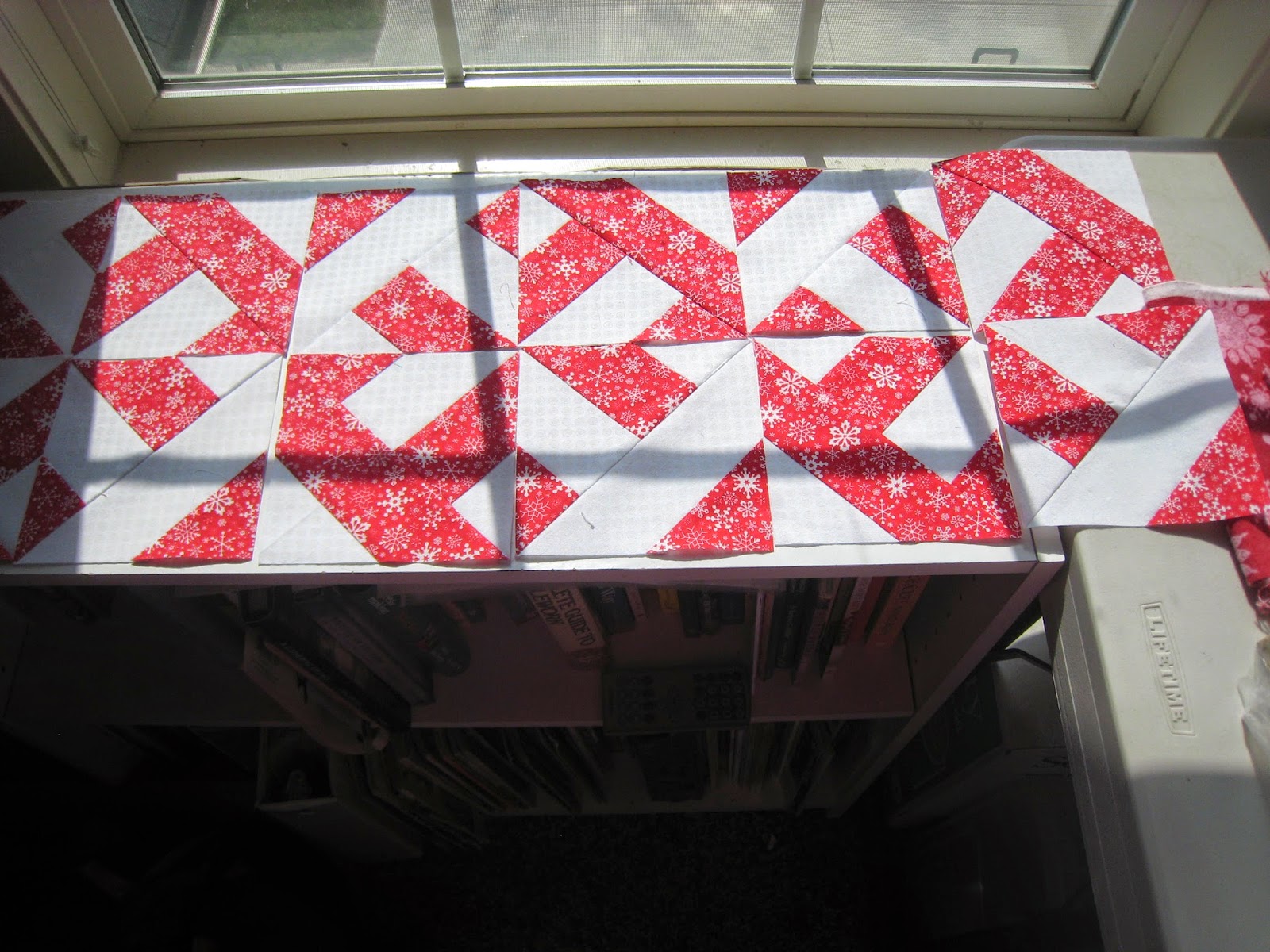 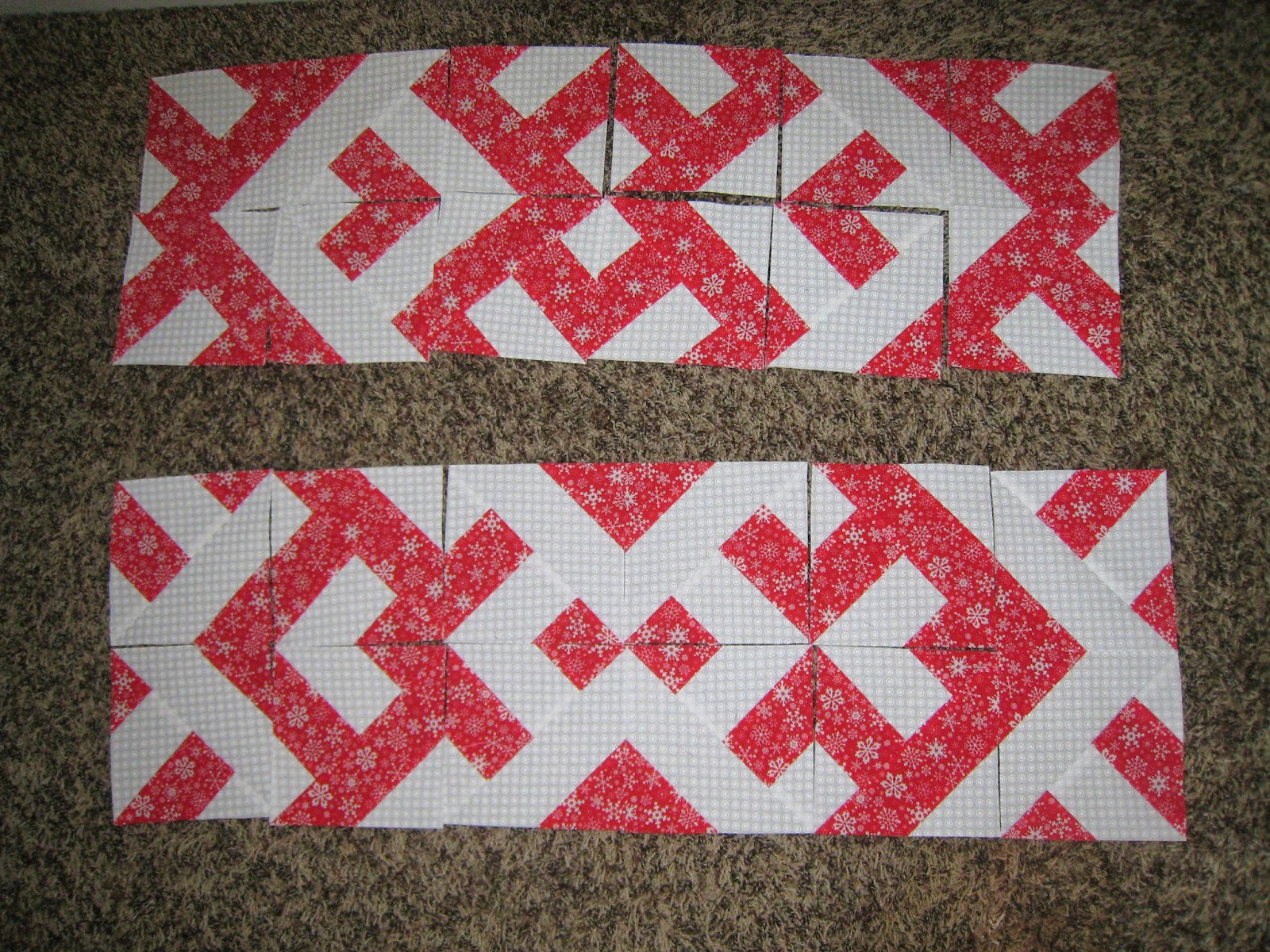 A more meticulous person would have KNOWN how many blocks she needed, or figured out how to make them come out even, I'm sure, and probably have made the bottom runner actually symmetrical, but unless you are stumbling across this blog by accident, we all know that I'm no such thing.  A meticulous person might also have foreseen this: 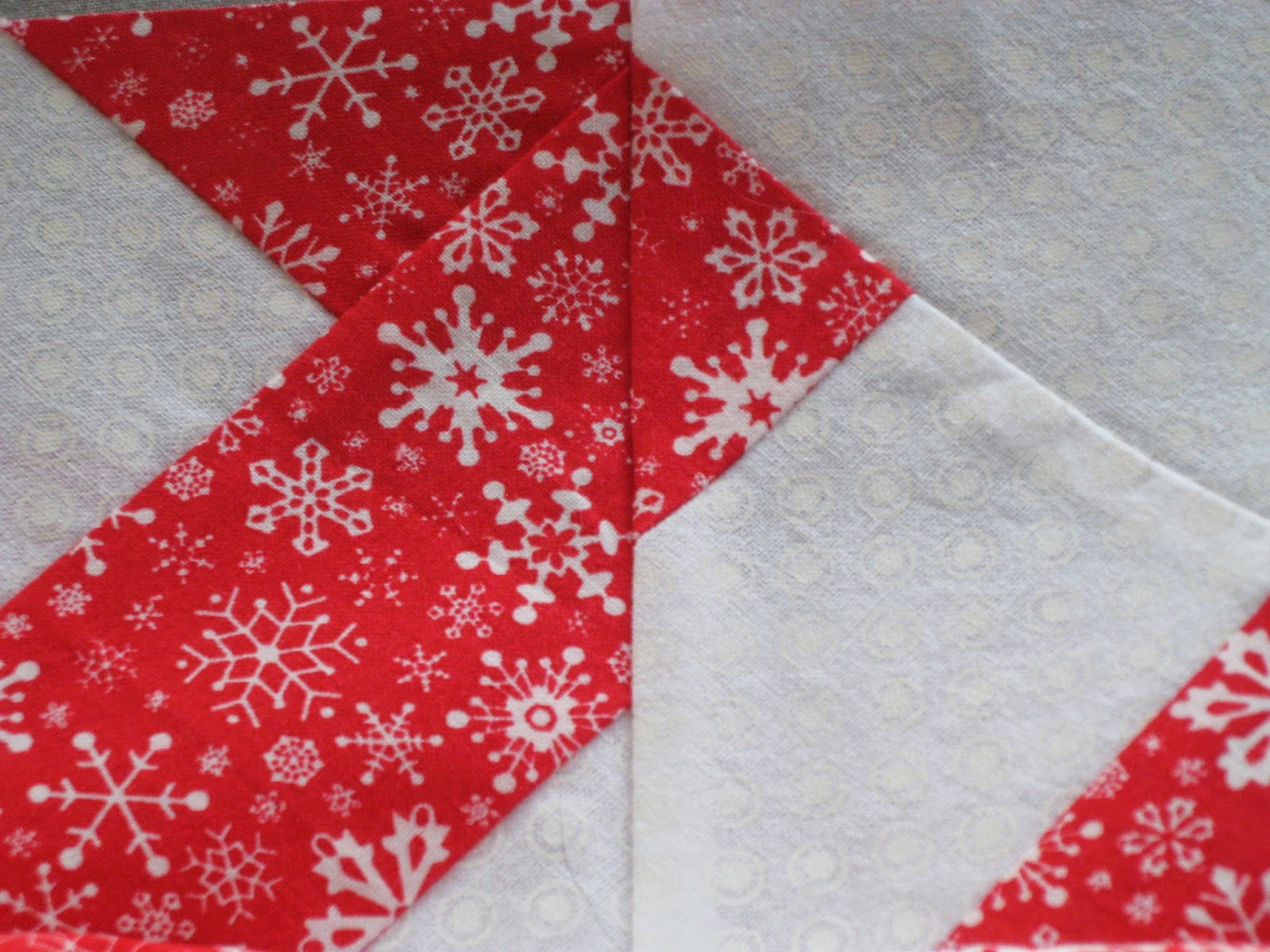 which is what happened to some of the nicely-laid-out lines when those pesky things called "seam allowances" were added.   The good part is that my stippling attempts are definitely NOT going to be the most noticeable issues a couple of these runners have.......... That DOES take the pressure off....................